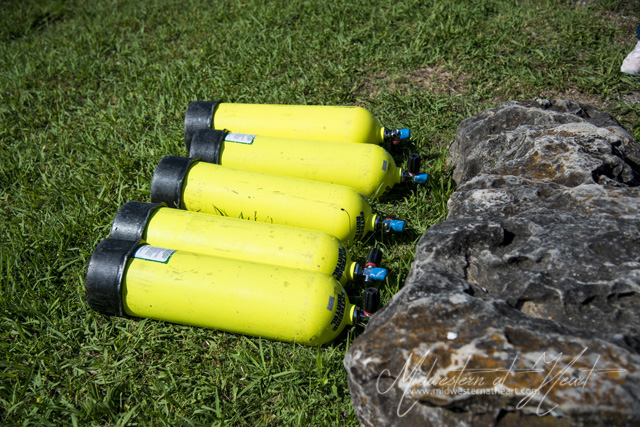 Like most of our Memorial Day Weekends since 2014, we’ve spent them at the lake. This year was a bit different because Tbug didn’t get to go with us. Bummer! This is our first MDW without her since 2014. She started working on her SCUBA certifications that year. And prior to that year, we were elsewhere. END_OF_DOCUMENT_TOKEN_TO_BE_REPLACED

Memorial Day Weekend was spent at Beaver Lake. The night before we left to go down there, Deb and Grady said they were having difficulty getting all the trailers down so we volunteered to pull the dive trailer down for them. When we got to the lake, I had to giggle at the “big” truck pulling the little trailer. It’s a bathroom cleaner thing for campers but that sight just made me giggle so hard.

These 3 are back together again. Wow, did they make quite the team… they are the next round of shenanigan makers!

END_OF_DOCUMENT_TOKEN_TO_BE_REPLACED 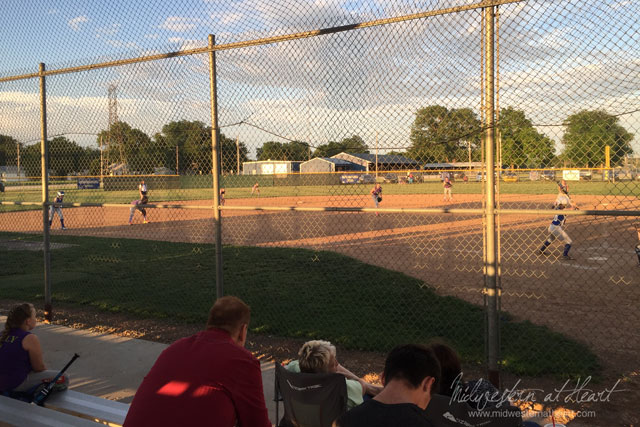 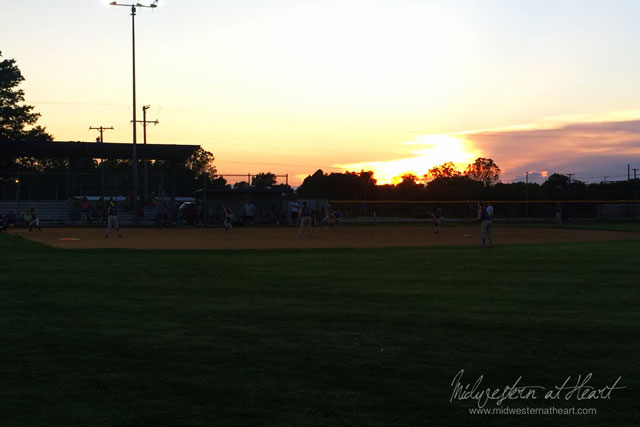 END_OF_DOCUMENT_TOKEN_TO_BE_REPLACED

So I’m going through the multiple photos I took of baby girls birthday… trying to keep myself together that I have a 1 year old! I plan on writing a post about it… and maybe, just maybe I won’t cry while writing it… but today… today let’s talk about Snickers. Yes as in the candy bars… 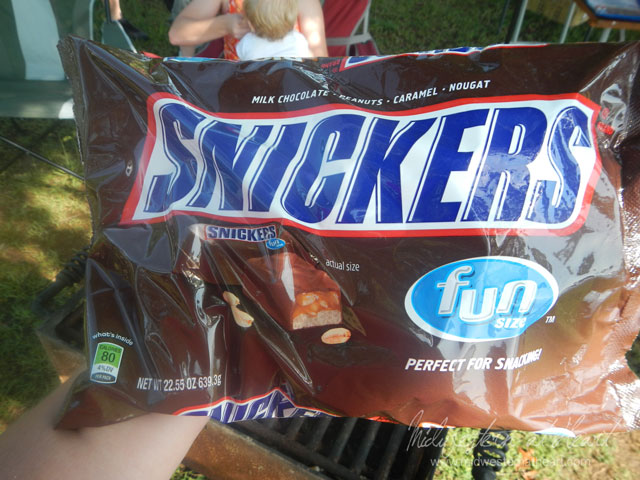 During Memorial Weekend this became our slogan and it just stuck…

One of the mornings I hopped out of the truck after annoying hubby by pointing out that his mirrors were going to bump into Grady’s mirrors. He grumbled at me and I told him fine leave it that way. Dan asked me how I was and I said that someone was grumpy and it wasn’t me. Dan asked if he needed a hug and I said he needed something alright.

END_OF_DOCUMENT_TOKEN_TO_BE_REPLACED

Saturday morning we were to meet up around 8:30 at the dive site. The fog coming up out of the hills was breath taking and this picture doesn’t do it justice! 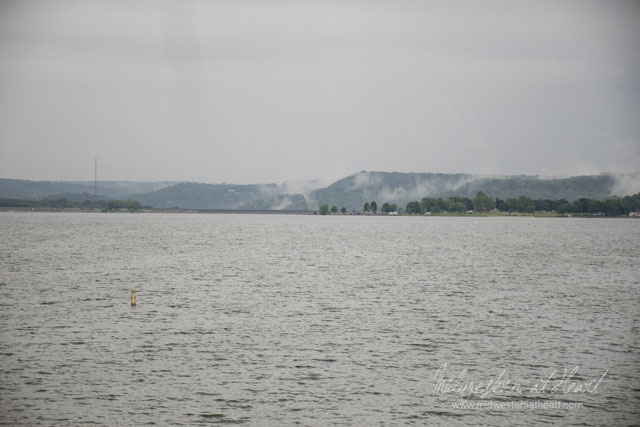 When your tanks are filled at the shop, they place stickers on them to let you know. For some reason I stuck mine on hubby… I’m just not sure why… 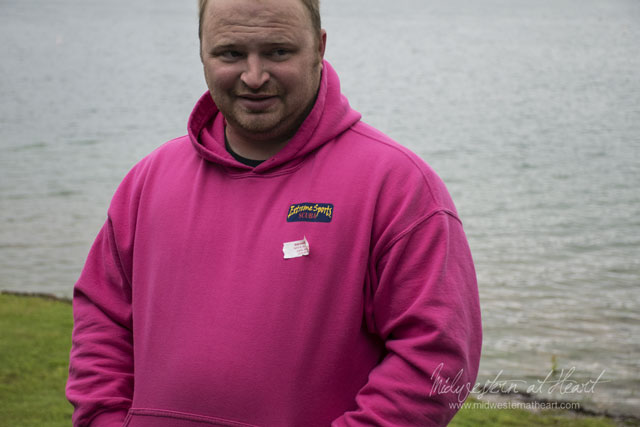 This is the table we normally set up at. The water levels are so high that the water was right here… usually you have to walk across the gravel bar to get to the water. 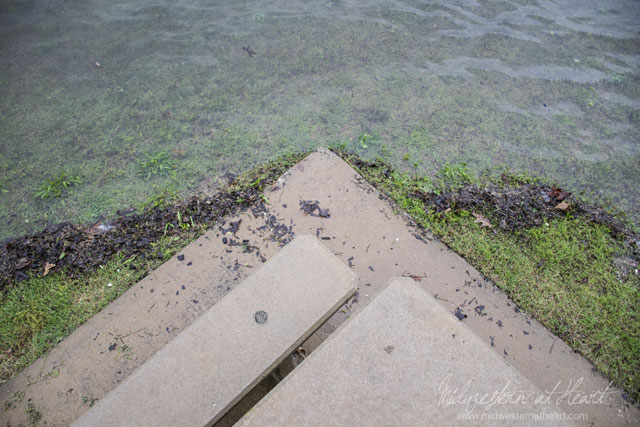 END_OF_DOCUMENT_TOKEN_TO_BE_REPLACED

So I planned on doing Memorial Weekend in one post… but I’m at like 36ish photos already… and that just gets me to Friday. Oy!

I pretty much spent my whole week at the lake last week, which was all well and good, except… the weather forecast sucked. I started watching the week before and there was pretty much chances of rain all weekend long. And I’m pretty sure it rained at some point every day. Luckily a friend of ours let us borrow their camper and it had a slide out so it was like having a nice house. That was great for letting Abug down on the floor to play. Whew!

It was a long story as to why I wound up at the lake the whole week but we went down Tuesday evening when hubby got off work and I camped out. He drove from the lake to work and I spent my days alone with Abug or with my FIL who came down to stay Wednesday afternoon.

When we got to the lake we had to fill the camper up with water. Then it was time to go park it. Baby girl had never been to the lake so we definitely needed a documentation selfie! 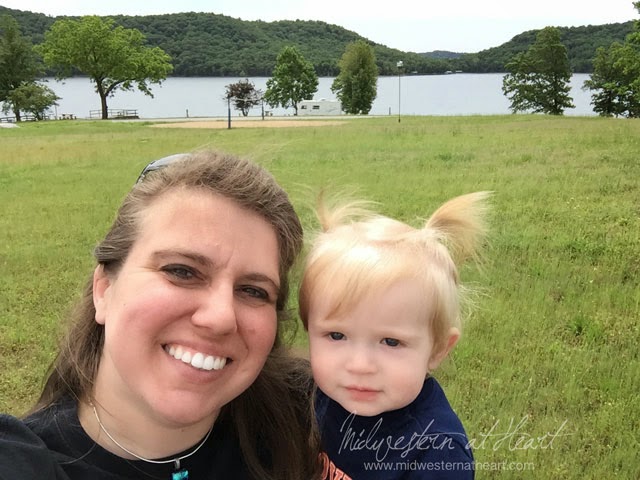 Once the camper was set, we decided to go eat dinner at Short Stop. Luckily we did because Tbug and hubby got sick Memorial Day (Monday) and we didn’t get to stop on our way home. 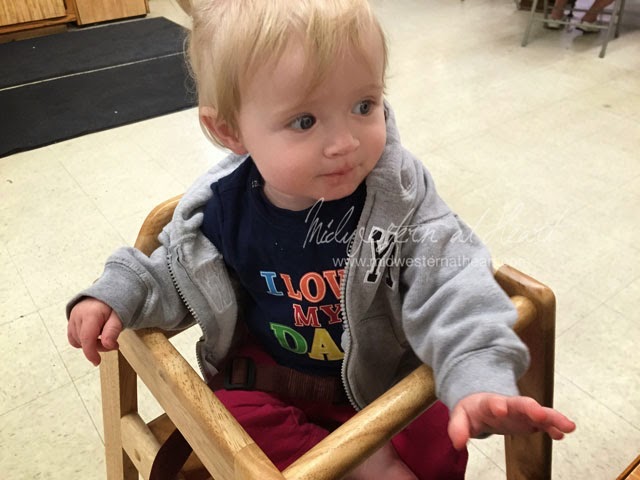 END_OF_DOCUMENT_TOKEN_TO_BE_REPLACED

Let me tell you, camping while being one month from your due date… oy! But we had fun this weekend. We spent the weekend down at Beaver Lake. Tbug was working on getting her Scuba Open Water Certification. So all weekend was eat, dive, eat, dive, repeat. Hubby helped with some other classes that went happened and I was the shore man… or woman. Basically I stood in the water waist deep and anything anyone forgot on shore I waddled up and grabbed for them. Yes, I waddled. I did get to ride the diveak and deliver flowers out to the flower garden, otherwise I stood on shore most of the weekend. On the last day there (Memorial Day) we went and toured Pea Ridge Battle Ground from the Civil War.

Tbug and I butted heads a few times. She was a bit nervous about diving and with her dad spending most of his time under the water I had to deal with her nervousness. But being pregnant I finally got tired of it all and grumbled at hubby for not being there for her. Yup, the wonderful life of pregnancy right? But we all got it accomplished and the following weekend she finally got certified!! 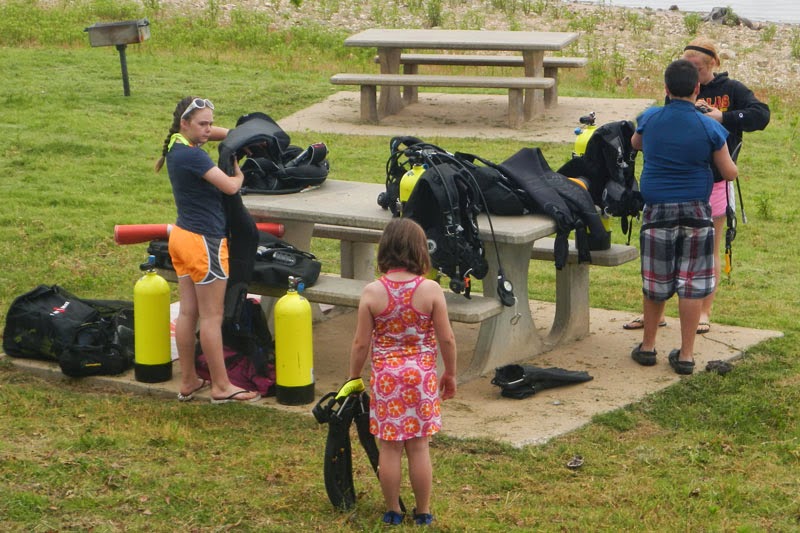 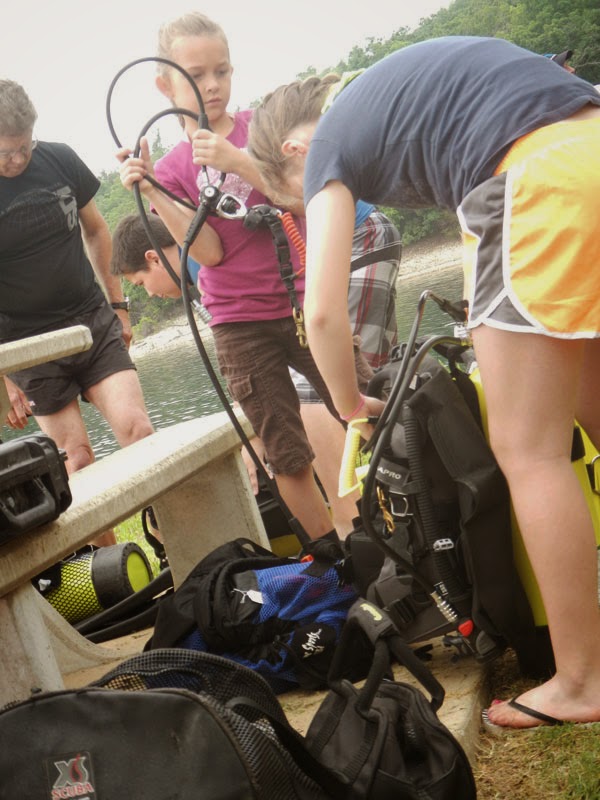 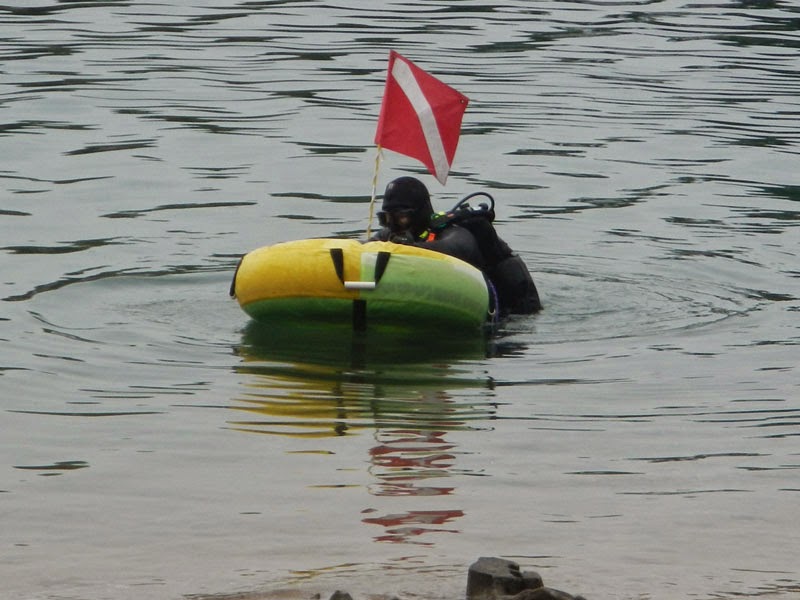 END_OF_DOCUMENT_TOKEN_TO_BE_REPLACED

Memorial Day Weekend is about honoring those who have served our country proudly.  My grandpa was one of them!  And if there is one thing I ever learned from him (which I learned way more than one thing!!) he always claimed food was better if you had to travel 45 miles from home or more :).

One of his favorite restaurants was Chicken Mary’s over in Kansas.  It’s kind of become a tradition to load up, visit the graves of our beloved family members and then go to Chicken Mary’s. 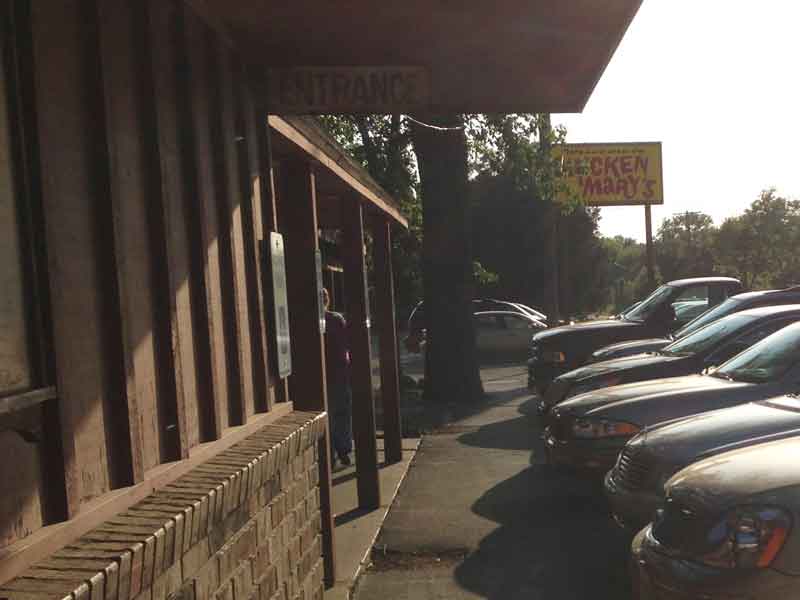 When you get there, obviously they give you the menu, but the cool thing is it comes with the story of how the restaurant got started. 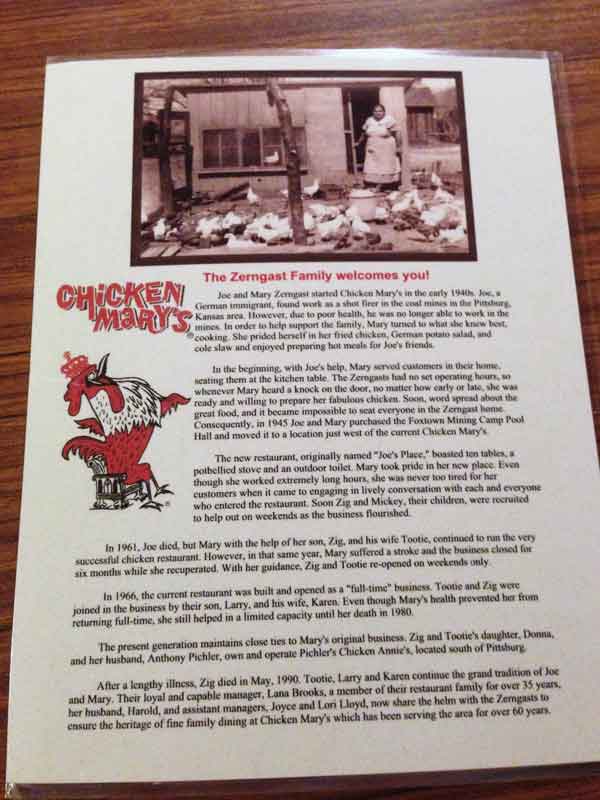 END_OF_DOCUMENT_TOKEN_TO_BE_REPLACED

Memorial Day is a federal holiday observed annually in the United States on the last Monday of May.  Formerly known as Decoration Day, it originated after the American Civil War to commemorate the fallen Union soldiers of the Civil War. (Southern ladies organizations and southern schoolchildren had decorated Confederate graves in Richmond and other cities during the Civil War, but each region had its own date. Most dates were in May.) By the 20th century Memorial Day had been extended to honor all Americans who have died in all wars. Memorial Day is a day of remembering the men and women who died while serving in the United States Armed Forces.  As a marker it typically marks the start of the summer vacation season, while Labor Day marks its end.

Many people visit cemeteries and memorials, particularly to honor those who have died in military service. Many volunteers place an American flag on each grave in national cemeteries.

By the early 20th century, Memorial Day was an occasion for more general expressions of memory, as people visited the graves of their deceased relatives in church cemeteries, whether they had served in the military or not. It also became a long weekend increasingly devoted to shopping, family gatherings, fireworks, trips to the beach, and national media events such as the Indianapolis 500 auto race, held since 1911 on the Sunday of Memorial Day weekend.  (~Found here)

I want to send a special Thank you out to all the Men & Women who have served our country proudly!  Thank you so very much!  I believe this Day is also about honoring those who are currently serving or who are retired (but still living!).  Thank you all so much for your serving our country to make us free!