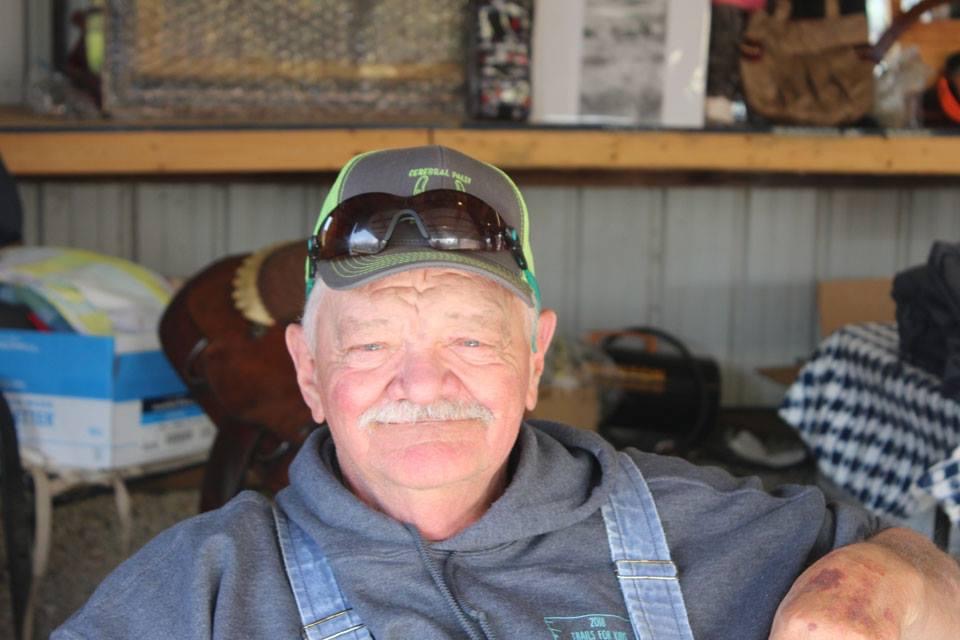 Here we are again… I sit here trying to come up with words to say and yet they elude me. They are not there.

Just a few weeks ago my family was headed to a tumbling competition. Halfway through our drive hubby got a phone call. A friend of ours needed help and we weren’t able to assist. We weren’t home. That was the last time hubby heard his voice. The last time I heard his voice was a couple of weeks prior to that when he came to my house and I loaded him up with freshly made candied Jalapeños.

When they say life is short, that’s truly how it is… Life is short. There are days when I think, oh I can put that off until tomorrow, but there is no guarantee that tomorrow will come. That is a scary thought.

One thing that I really struggle with and always have is… life goes on with or without you. Truthfully it has to. But, while that is said, I still struggle with that concept. I think back to September 11, 2007, around 7:45 a.m. when my dad called to tell me my grandma passed away. I knew it was coming. In fact, we all knew it including her. On her anniversary on September 4th, she went around the house saying, “This will be my last anniversary.” Those words still make me cry. I hated hearing her say that.

But life goes on. We are now 13 years and a few months since that day. It still hurts. I wish she’d have met my husband, my kids, seen my life. And while I truly believe in God and heaven (if you don’t, no judgment here, that’s just my beliefs) and the fact that she’s probably up there watching down on me/us… it doesn’t make that hurt any less. You learn to deal.

My dad and I were discussing this the other day. Growing up, I guess I had it pretty good. I didn’t have my first real heartache/loss from death until I was a teenager. My great-uncle Leonard passed away when I was in junior high and then on November 13, 1997, my great-grandfather passed away at 10 days shy of 108 years old. My little is now 6 and had to deal with the loss of 2 people who have been fairly influential in her life. The first was October of 2019 and now this one, which happened just a few days ago.

It breaks my heart. Just the day before Chuck passed away she told me that she didn’t want to happen to Chuck what happened to Grady.

Friday evening my little went to my parent’s house to hang out. I had been working on baking some bread and then we were going to go to dinner. Hubby and I ran some bread and homemade strawberry jam over to Harriett and her sister Bernice and daughter Kim, then we were going to pick up my dad and little one and head to dinner. Their family had plans to be at the hospital the next morning at 9 a.m. to make some difficult decisions.

Hubby and I went to bed around 10 that night because we had to get up early on Saturday to drive to another tumbling competition. Around 10:30 or 11 hubby got a bit of a “panicked phone call” from a friend that he couldn’t get ahold of them but something was going on. Eventually, we got the “all clear” that Harriett and Kim were headed to the hospital. It wasn’t good. Somewhere between the “all clear” phone call and 12:30, I drifted off to sleep only to be woke up and notified that Chuck passed away just before midnight. Harriett and Kim had given him a hug and then he was gone. What could I do? I cried myself to sleep.

Hubby and I made the decision not to tell the little until after her tumbling competition was over. We didn’t want to upset and distract her. The timing wasn’t perfect when we finally told her, but is it ever really? The answer to that although one isn’t needed is, No.

Saturday we’re going to a Celebration of Life ceremony for him. (For those wanting to yell that we are, it’s outdoors, they are requiring masks, and social distancing… bugger off, and no I’m not British, but it sounded good.)

But here I sit… still at a loss for words. It was just a couple of weeks ago we were talking about spring and the upcoming ride and I gave him freshly made jalapeños.

For those wondering, it was not a Covid Related death…

Kiss your loved ones extra. Give one more hug. If there’s a grudge, fix it. Life is short and goes by at warp speed.

One thought on “What to Say?”