I ate BBQ two days in a row. That never happens! But Saturday night we were headed toward Kansas City for the Chiefs game the next day and decided to stop for dinner in Nevada at Buzz’s BBQ. 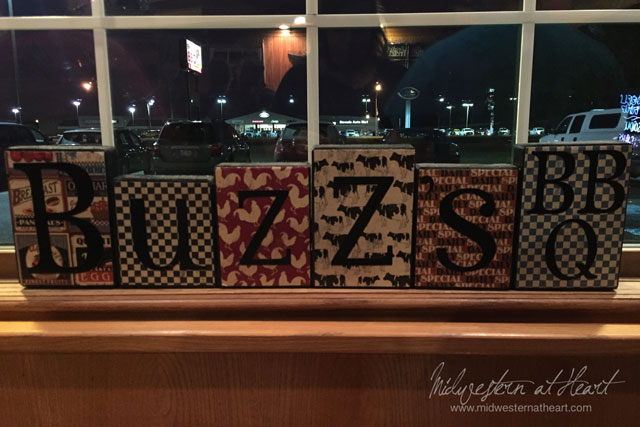 There were 9 of us so we had to wait a few minutes to get a table. I took the opportunity to take pictures of some of the decor… and you know, freak out the people I was with. ha! At one point they thought I was taking a picture out the window, instead I took the picture above. haha. What can I say…. 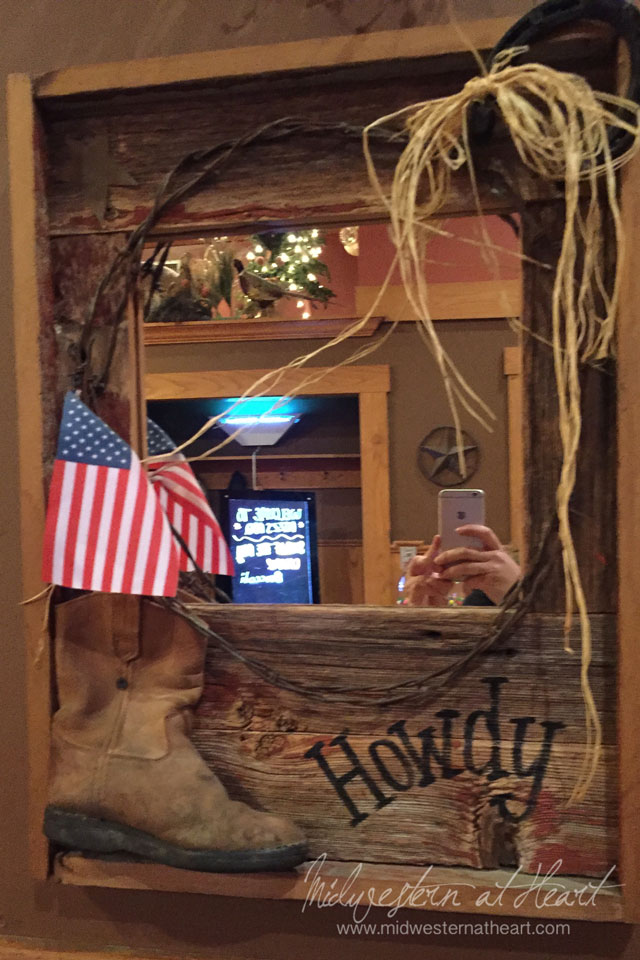 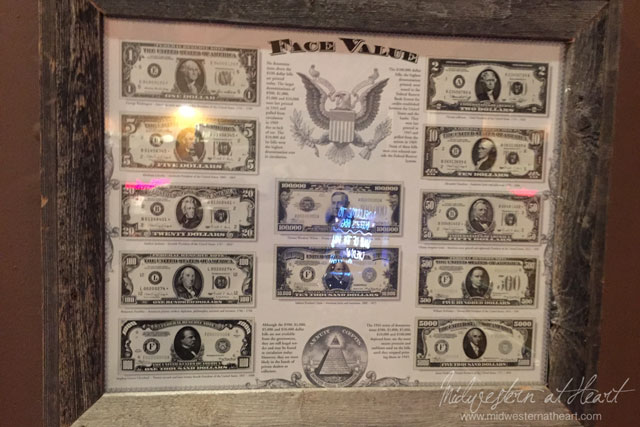 I’m not real sure the waiter was prepared for us, but none-the-less he did just fine :). When we were seated, the silverware was sitting on the table in a mason jar. I love mason jars. In fact, the sugar/sweeteners were also in small mason jars. My kind of place :). 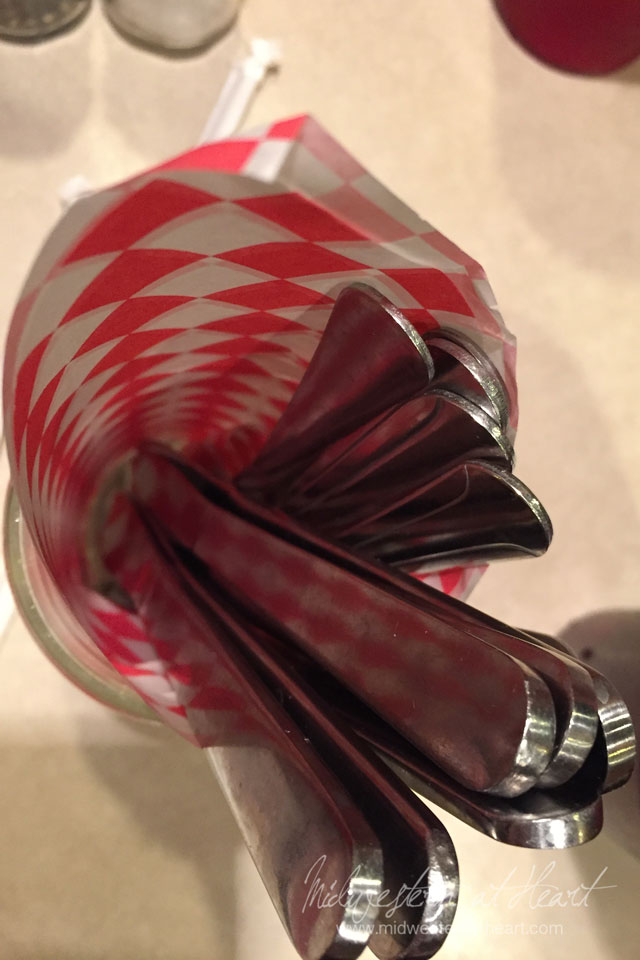 Hubby went with the Smoked Sausage plate, fries and baked beans. There was deep fried corn, I was extremely surprised he didn’t get/try… who knows. I didn’t try any of it, although he insisted I try the baked beans because they’re my fave. (hint: I only like beans that are green.) 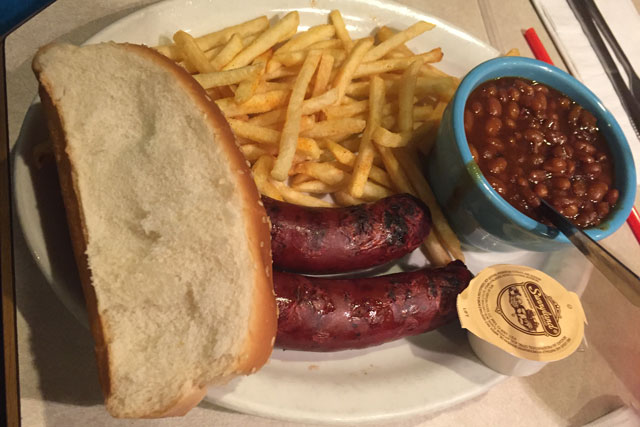 I went with the Philly Steak Cheeseburger. It had grilled onions and mushrooms topped on a burger smothered in cheese. I was sold! Then I got a side of Mozarella sticks because, well I like them. Let’s just say, other than the one bite of my burger that hubby tried, I ate it all. Yup, I sure did. I was a pig. ha! No, it was just really THAT. GOOD! I kept asking hubby, “Are you jealous?” and when he’d say yes I’d say, “Good, you should be, this is friggin awesome.” Yes, that conversation was had more than once :). 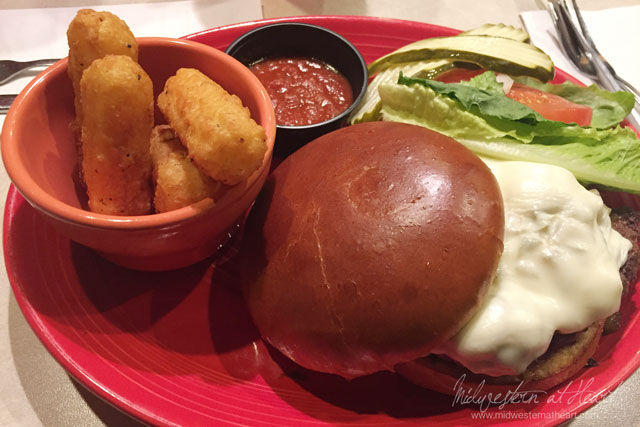 Dan was sitting at the end of the other table (they had to split us up in 2 tables next to each other). He told me I needed to come take a picture of his salad. Now I’m telling you, this was a burnt ends salad and it looked friggin awesome. 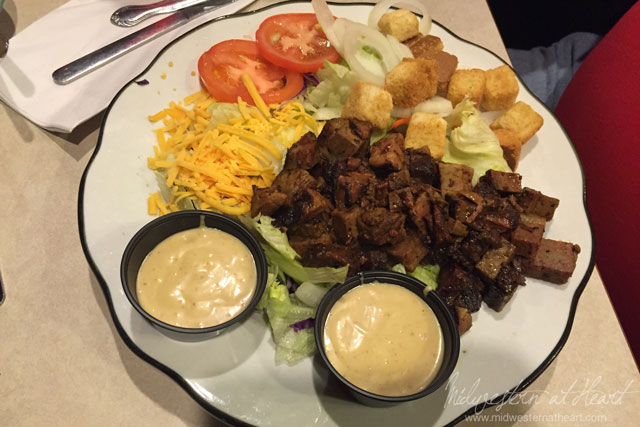 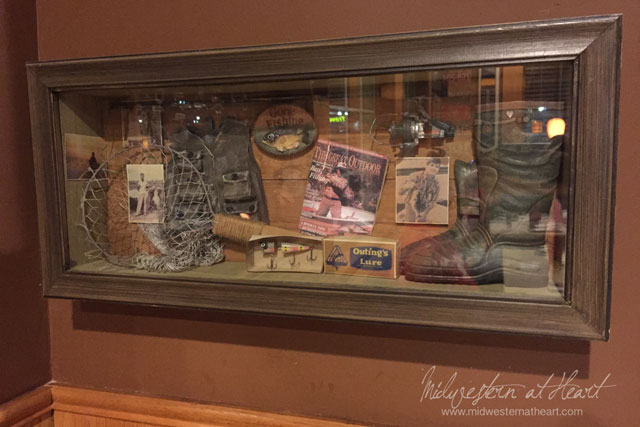 Once we were all stuffed, then it was time to drive on. We wound up staying in Belton.If I’d have been smart I would have turned the light on in the bathroom area, but sometimes I try to get these pics fast so people don’t get annoyed with me. (aka hubby) 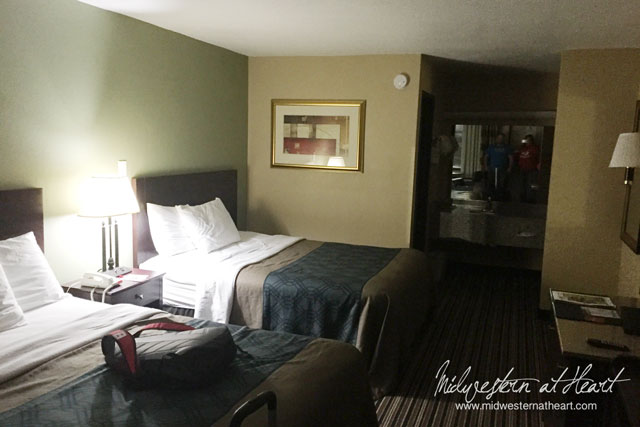 You’ll notice there are 2 beds… Well the Chiefs were playing the Yankees Bears and our friends Tim and Greg were supposed to come up from Kentucky to go to the game with us. It just wasn’t in the cards though. Oh well, maybe next time?!?!

Again, you’d think I’d turn lights on but No……. Anyway it was late and I was tired. 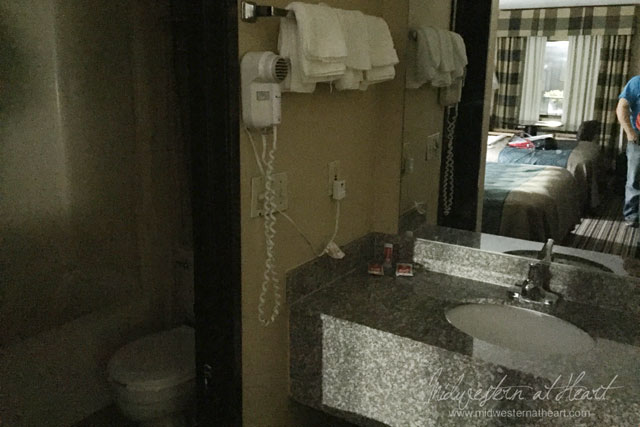 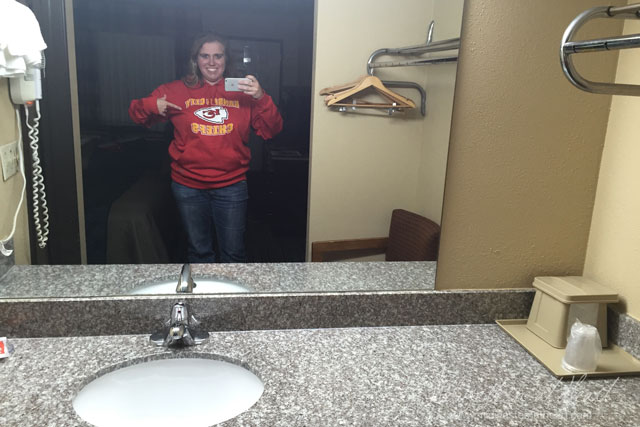 And here’s a replay of the game. We had breakfast for tailgating. I studied the whole time. Hubby burned the hair off his knuckles. We had Bacon, Scrambled Eggs, these awesome Cinnamon Rolls, Donuts and Pancakes. 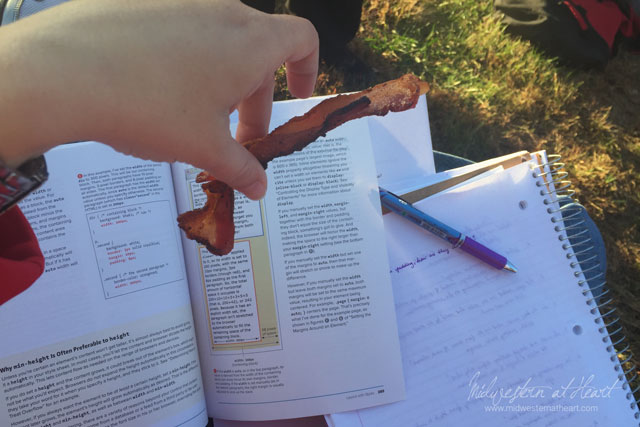 Then there was the game….. um…. there was the game. ha! No the first half the Chiefs did awesome. We went into halftime 17/3 Chiefs. Then the second half, especially the last quarter I’m not sure what happened but we wound up losing to the Bears 18/17. Seriously boys? 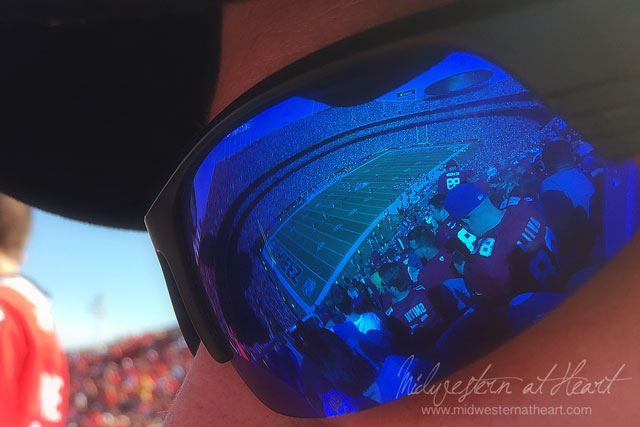 Side note: I sent Tim a picture and asked him how about them Yankees. I shouldn’t heckle at the beginning of the game…

Story behind the Yankees comment. In high school I was in band. There was a guy who was a grade ahead of me that sat next to me and every day he’d walk in and ask me “How about them Yankees.” I always responded with “How about them Bears.” I have no idea why… that’s just how the conversation went every day for a year. One day one of the trumpet players behind us heard our conversation and looked at me and said, you realize he’s talking baseball. I said yes. And they were like but you responded with football. I said, yes. And they said okay. So then they expected the conversation from there on out. So when Tim said he was a Bears fan I told him the story and we’ve continued the Bears/Yankees story except in reverse :).

Your KC Chiefs Recap Post!
10 Things To Smile About October
Celebrating 1 and 1/2 years together
The Ginger Bread House