As we’re approaching lunch time, isn’t it a good time to blog about food? I think so :). And it’s my blog after all so that’s what I’m going to do. I really think this weekend evolved or maybe that’s revolved around food. You be the judge :).

Friday night after hubby loaded the trailer with hay, we decided to run into town to go to dinner. I really wanted Italian and there’s a new Italian restaurant so we decided to check it out. It’s a good thing we did! Vito’s Italian Restaurant.

Since they are a new restaurant they are still ironing out the hitches… Our waiter forgot to bring us bread, but the hostess fixed that quickly. Our server had quite a few tables too so no big deal. The bread was good. I agree with hubby it would have been nice to have oil to dip it in, but the bread was very good. Oh and it was good dipped in the cream sauce from my entrée. 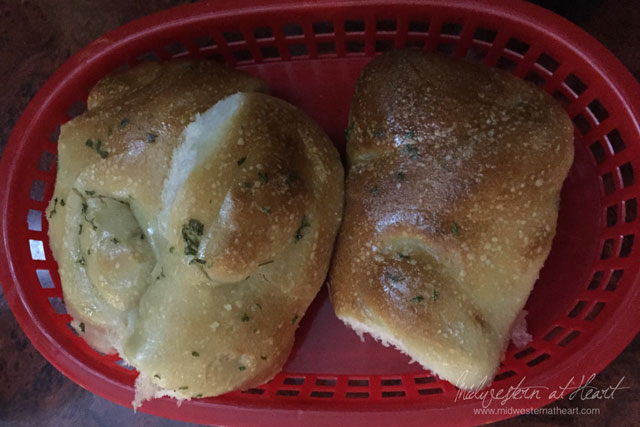 Speaking of my entrée, here’s what I had. I can’t remember what it was called but it was fantabulous. Yes I said fantabulous. It was ham and black olives sautéed with tortellini in a cream sauce with a touch of red sauce. Oh wow. And Abug even ate this up. 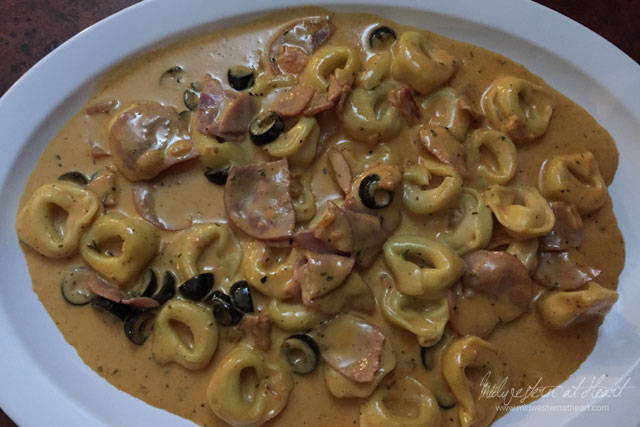 Hubby said he would have been jealous of my meal but his was dang good too. He got Veal Parmesan. It was good. Not going to lie, but I kinda liked mine better :). 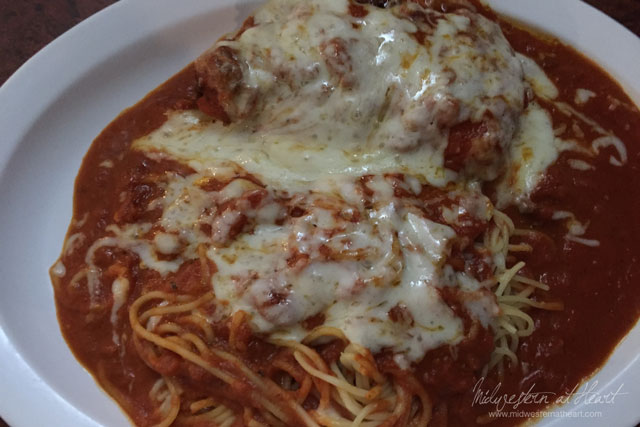 Saturday evening we went to a pumpkin patch and JL’s BBQ. We kind of felt bad going to JL’s since that’s Tbug’s favorite restaurant and she wasn’t with us this weekend (although it was her weekend, long story, next weekend will make sense of that :)). Don’t worry I saved her a rib. Not perfect but hey, at least she gets some of it, right? Please tell me my thinking isn’t totally flawed.

So hubby, mom, dad and I all got the exact same thing with one exception, those 3 got baked beans and I got green beans. I don’t like baked beans. Abug does though so that’s okay :). My green beans were cooked with meat oh wow. I ate way more than I should have. So did the rest of us. We all got the rib dinner with 2 sides, broasted potatoes and Baked/Green beans, and toast :). I sent a text to Jared with pictures and planned on asking if he was jealous but my fingers were covered in goodness so all he got was pictures :). I’m nice like that :). 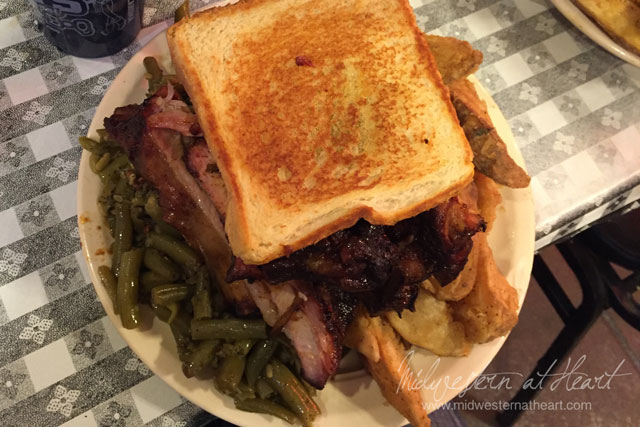 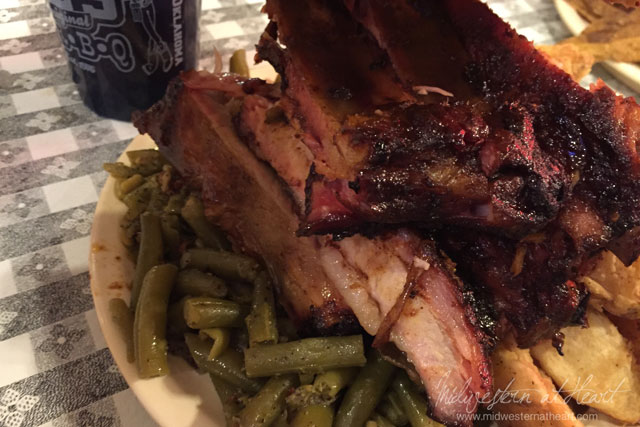 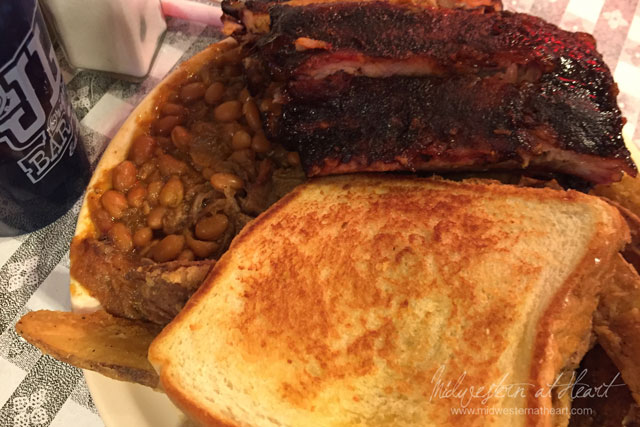 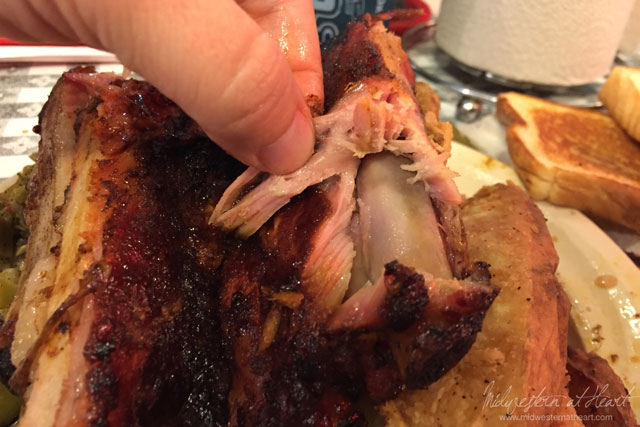 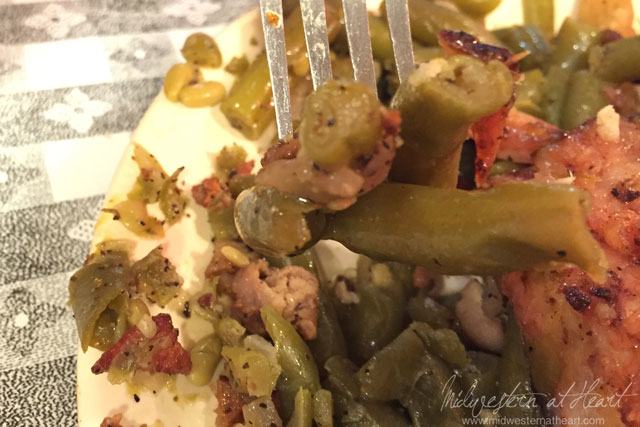 Sunday took us to Arkansas. That means 3 states in 3 days. Missouri, Oklahoma and Arkansas. We apparently get around.

So Sunday took us to Beaver Lake for the Underwater Pumpkin Carving. After the carving was over, then it was time to get ice cream, because everyone has a dessert stomach, right? We went to Short Stop. Hubby, Dan and Grady got pie. Strawberry & Blueberry. I got to try both. Fried pies with fruit… delish! I preferred the strawberry although really liked the blueberry. I think Cherry would have been awesome! But I prefer Cherry pie. 🙂 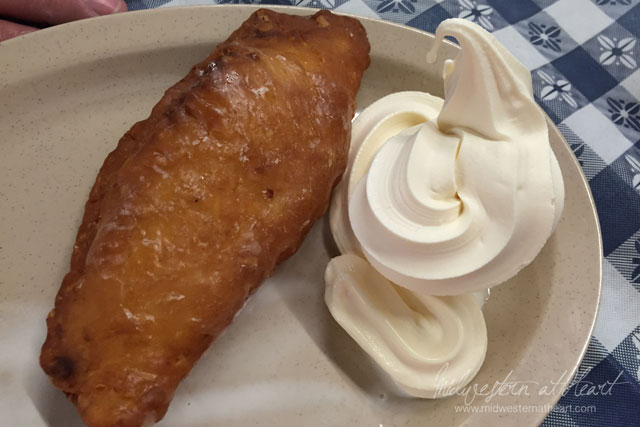 I didn’t know that pie was an option so I got a cone. I wanted the smallest one and hubby forgot that the sizes were huge so I got a small which is like a large. Abug, hubby and I put this away… mainly Abug and I did. Although she also ate fries that Jared passed down to her. 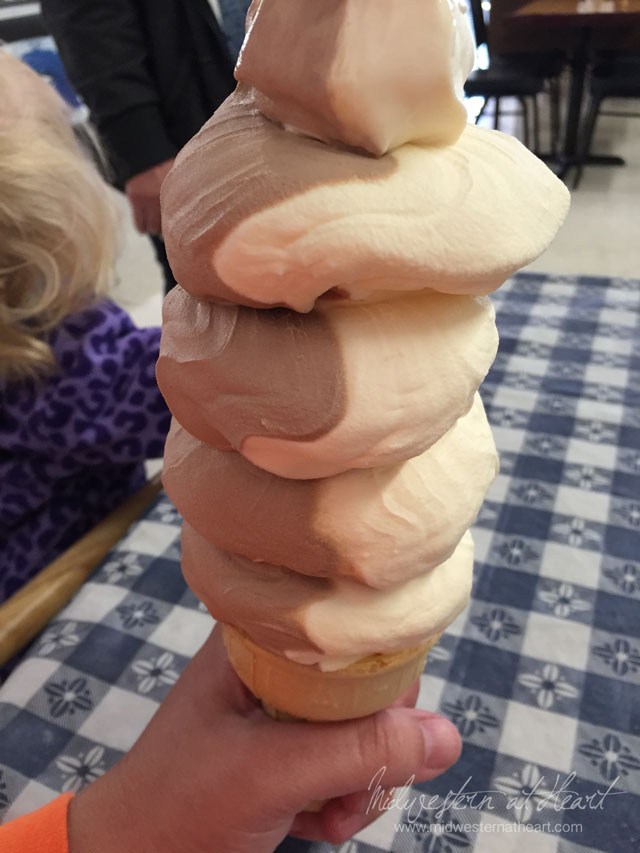 Karen got a Hot Fudge Sunday. I told her I wanted a picture of it and this is what I got :). Dan took my phone to take the picture :). I love my friends. They’re great! 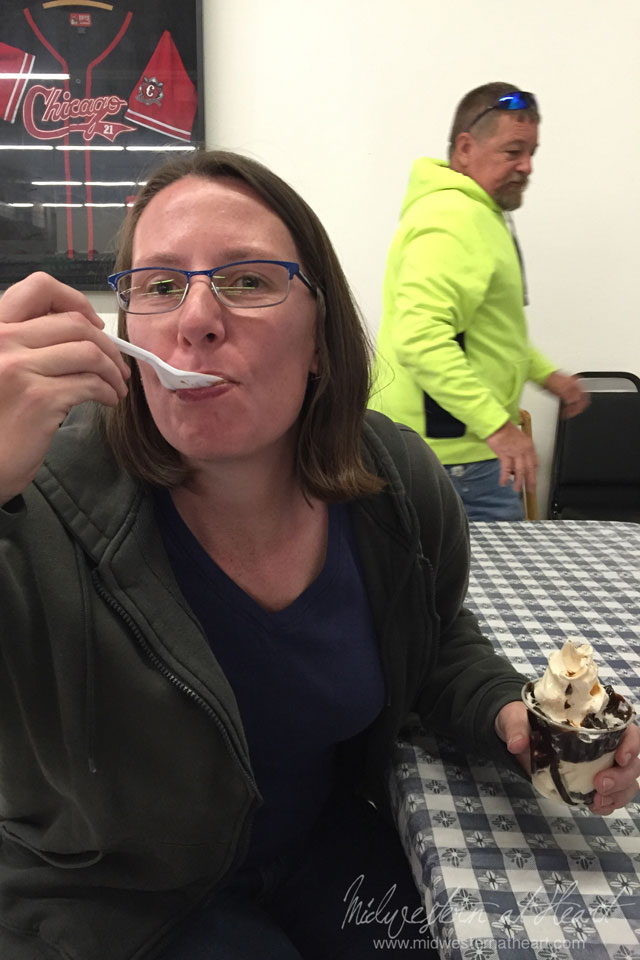 Yes there were other things that happened this weekend such as studying (comps are coming), hauling hay, tricking people into taking hay (long story), pumpkin patches, underwater pumpkin carving… and food. What more could you ask for? Oh wait, I know…. passing comps. I have 10 Days…. I’m scared!