I know, I know, it’s Thursday, but it wasn’t Thursday on Wednesday… or something like that 🙂

On Wednesday when we woke up, we thought we’d hop the City bus and head to Pearl Harbor.  Instead, we grabbed a cab down at the hotel lobby, THAT was one expensive cab ride!  The cab driver I still really think was taking advantage of us! but I can’t prove it :(. 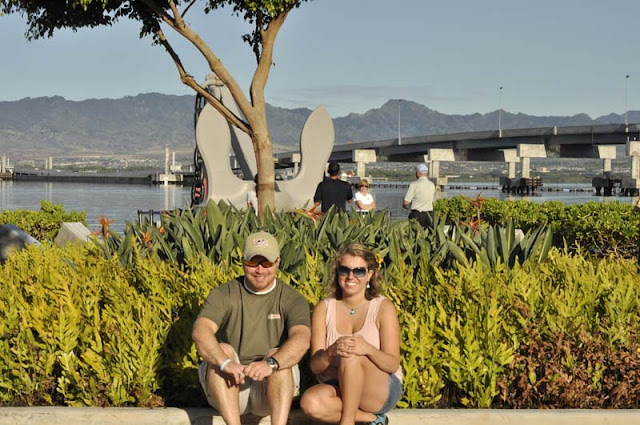 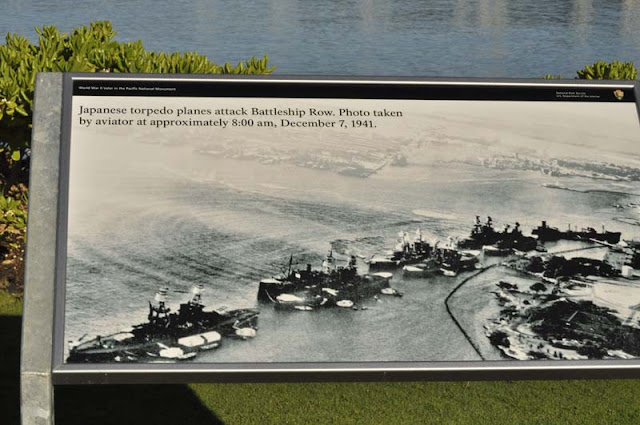 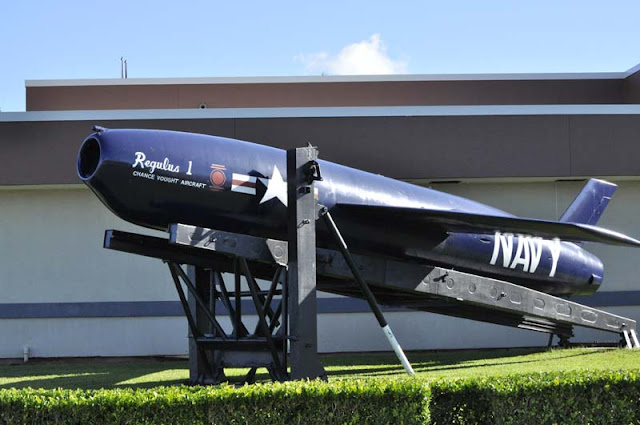 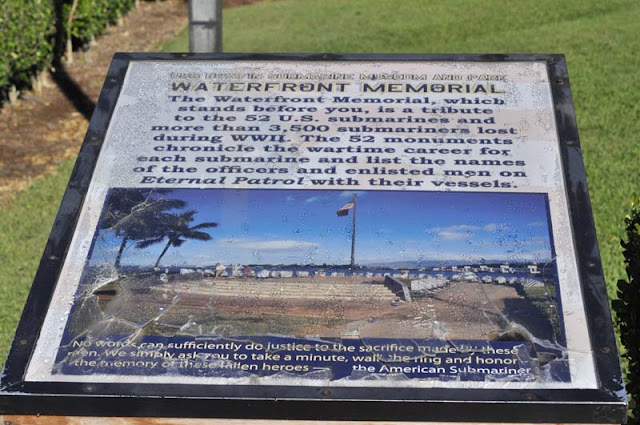 Hubs and I got separated from Mom, Dad & Grandma but we had tickets (which were free, you just had to get them) to see the video they show about the attacks on Pearl Harbor and the USS Arizona before you hop a boat and they take you over to the Arizona Memorial, so we met back up with them right before our showing at 9:20. 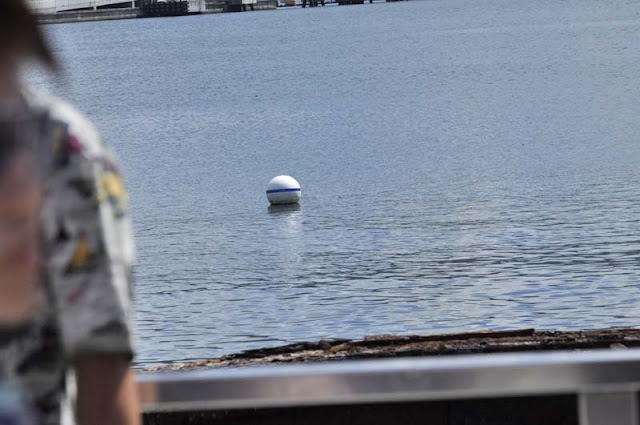 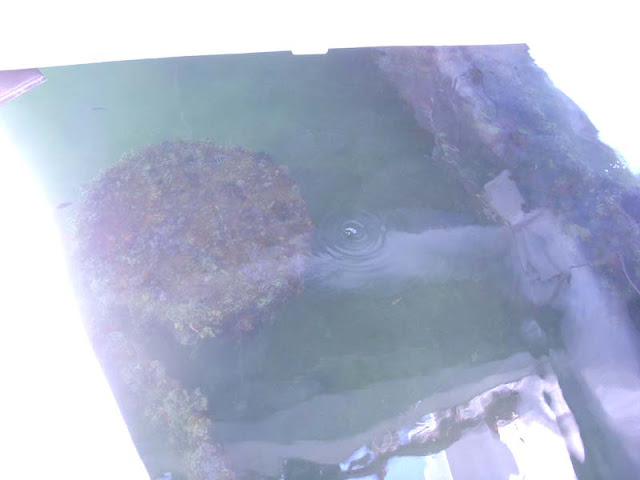 I’ll tell you, the air and presence at the Memorial is very cereal if you can imagine! (and if you’ve been there, I’m sure you know what I’m talking about!)

Then we left such a deep piece of American history and headed back into Honolulu.  We wound up going to Aloha towers which was the tallest building for Four Decades and was a lighthouse and greeting center for many immigrants coming into Honolulu & Hawaii. 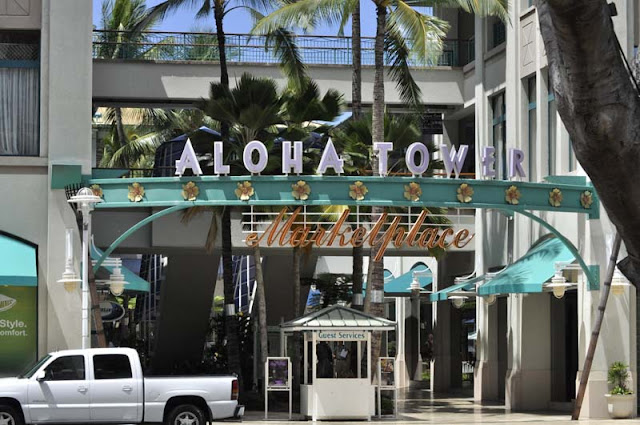 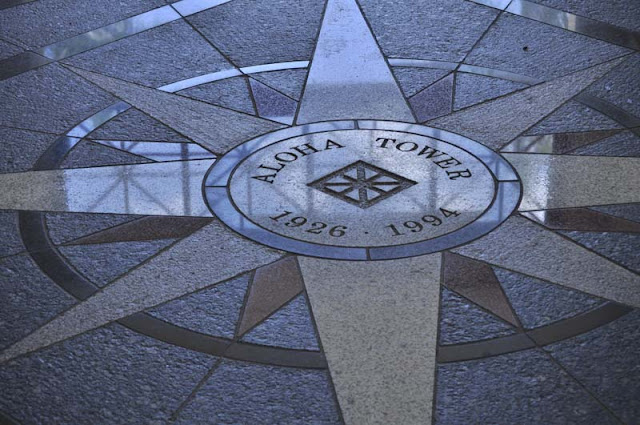 While at Aloha Towers we ate at a Restaurant called Bikini Cantina where we all had some form of Nachos except grandma who had loaded potato boats. 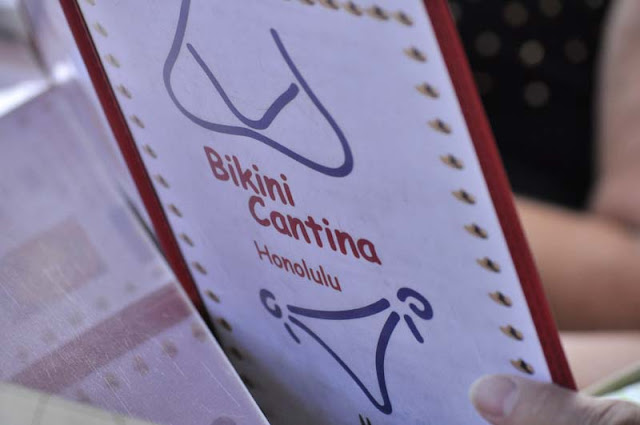 Since Aloha Towers is located at Pier 9 we actually got to watch a tug boat moving a large barge around while we ate lunch. 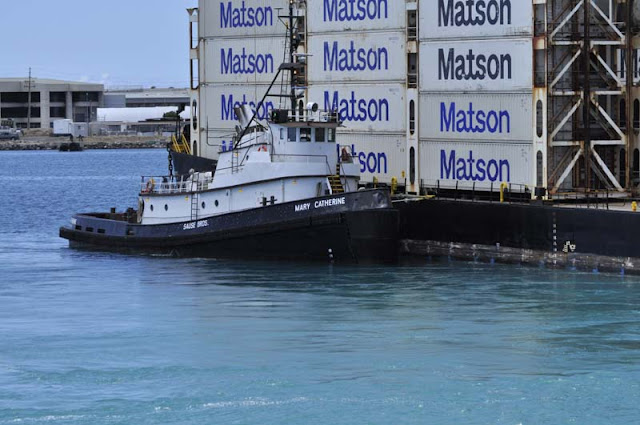 Then we headed off for China Town.  In all the cities I’ve traveled to, I’ve never been to a China Town.  It was impressive!  I don’t have any photos from there (although this post is already getting picture heavy, sorry!)

From China Town, we hopped the City bus and went to the only palace in the US which was the palace for Hawaiian King, King Kamehameha, or Kamehameha the Great, conqueror of the Hawaiian Islands. 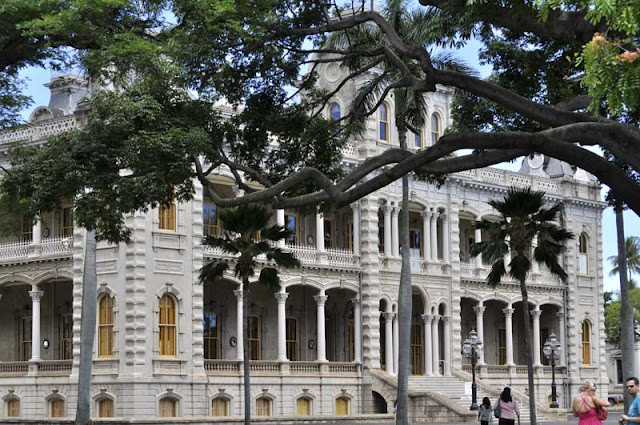 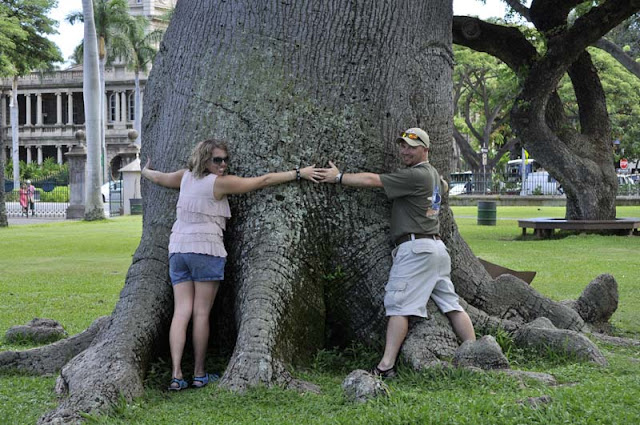 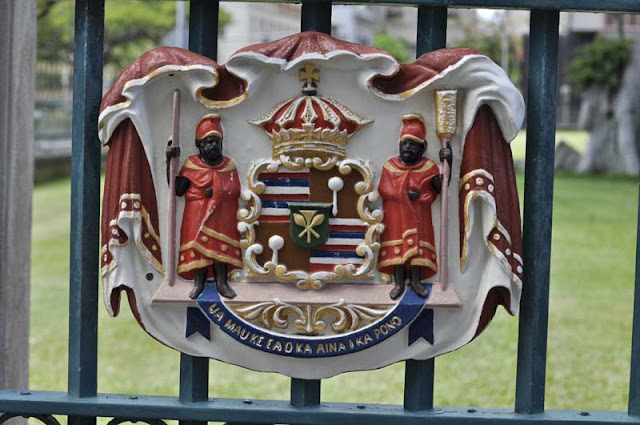 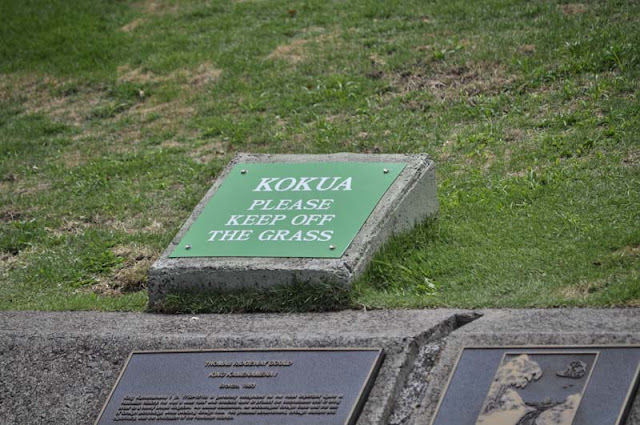 Then, we headed for Cold Stone Creamery for Ice Cream!  After that, walked to our hotel and then went and jumped in the ocean.  That was our last chance to go play in the ocean :(.

For Dinner Hubby and I slipped off by ourselves.  I wanted to see one last Hawaiian Sunset which I actually teared up, partially because it was SO BEAUTIFUL and partially because I wasn’t ready to come back to the real world! 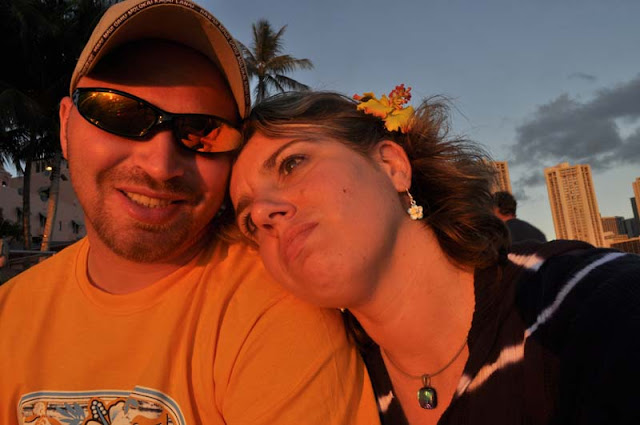 I also saw this on the beach.

After the beautiful sunset, we headed out to find dinner and wound up at a restaurant called Senor Frogs. 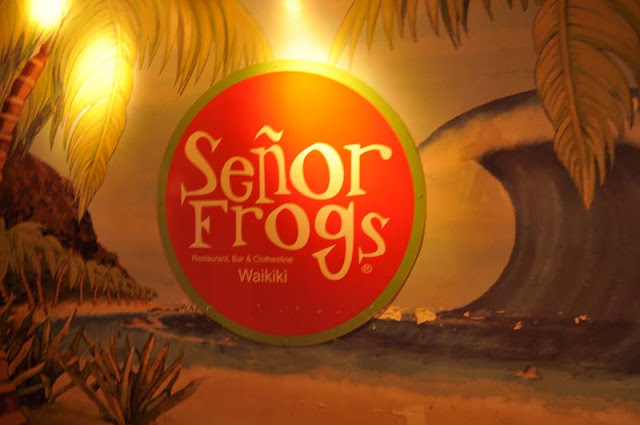 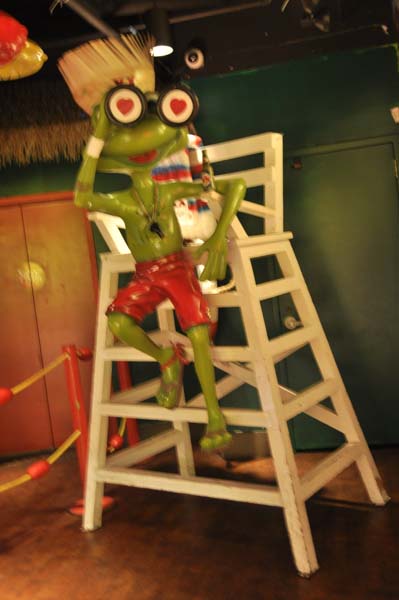 One of the staff members was going around making people Balloon Hats.  Yes, we got a balloon hat.

Then they found out we were there on our anniversary, as well as some other couples, so they came around with what we think was a Blue Hawaiian and we all got shots for it being our anniversaries.

Now try walking down the main street in Waikiki Beach with Balloon hats on… you will get some strange looks.  In fact, one lady was staring and hubby finally said, “Want to pet my monkey?”  She shook her head and quickly scurried off.  I laughed my butt off.  Going through our hotel lobby though, the ceiling was low and hubby accidentally popped on of the palm leaves and it sounded like a cap gun going off and EVERYONE looked.  We took our hats off then :).

To end the evening, we went back to our hotel room and I packed our suitcase so if we needed to find additional bags to get home with we could, then we grabbed the Point and shoot camera and ran down and played in the water on the beach for a little over an hour.  My thoughts, I can’t do this in Missouri and when’s the next time I’ll be to Hawaii! 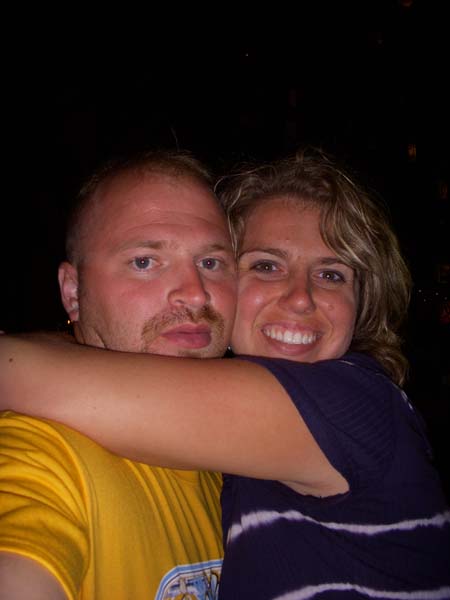