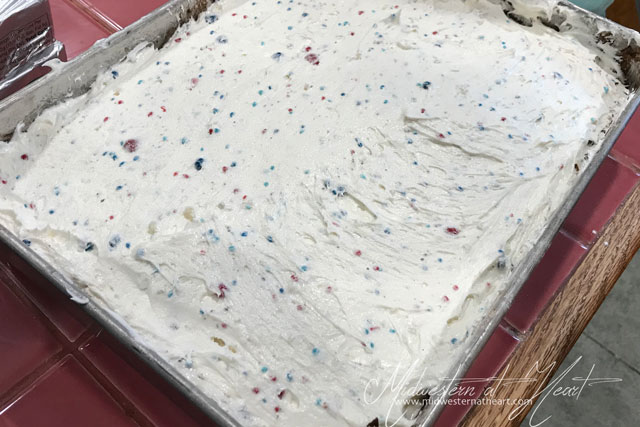 I really think people don’t believe my now 4-year-old can actually cook. There are some kids I’m sure their parents say can cook and maybe they can, maybe they can’t, but my kids, both of them have grown up in the kitchen with me. I started Tbug helping me as early as I could… she came into my life at 6-years-old. And Abug has done nothing but live in the kitchen with me because as a baby I wasn’t sure what to do with her while I cooked.

And yes, there are some people who give women in the kitchen a bad rap because of all the feminism/sexism mumbo jumbo, but I personally LOVE to cook. I haven’t always… but I have since my late teens/early 20’s. When I was a kid, I had better things to do with my time I guess. I wish I’d have started earlier.

But this is a post about Wacky Cake… not me. I’ll try to remember that…

So when we were getting ready for my husband’s family shindig, I asked Tbug what she was going to make for the party. I didn’t quite give Abug such an option because, well she’s 4 and may not know what all there is. She’d have probably told me Mac and Cheese or something like that. Truth be told… maybe I should have let her take that as her contribution. There were few sides it felt like, maybe because I didn’t care for most of them… but there were lots of desserts. 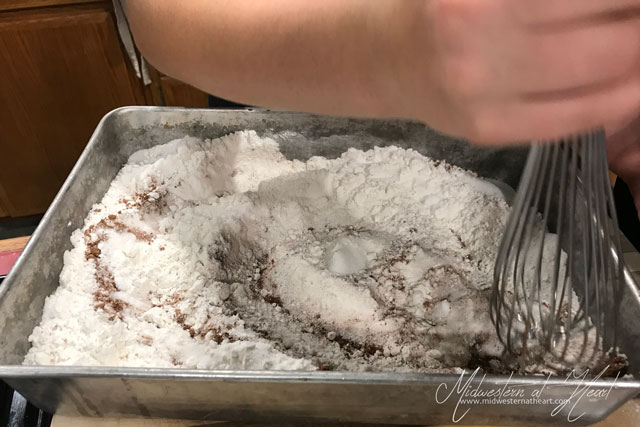 I had seen this Wacky Cake on Facebook. What’s really funny is I’m working on a fundraising cookbook and the other day I saw that a similar recipe was in the cookbook. I could have had this planned out even before I saw the Facebook thing… I just didn’t. Now one thing I can tell you about this cake is you make it all in one pan, the pan you bake it in. WHAT?!?! When I find recipes like this, I definitely have to try them. I can’t help myself. 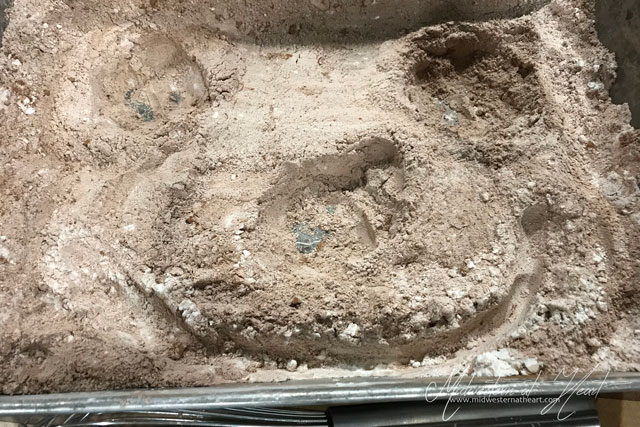 The part that really got me is you don’t grease the pan. Now seriously… how does it not stick to the pan. Oddly enough, it doesn’t. I have no answer! So you make 3 wells and of course a mouth because hello, smiley face. haha. Then you pour your ingredients in. When Abug poured the oil in, well it didn’t quite make a cute smiley face. Oh well. We tried. 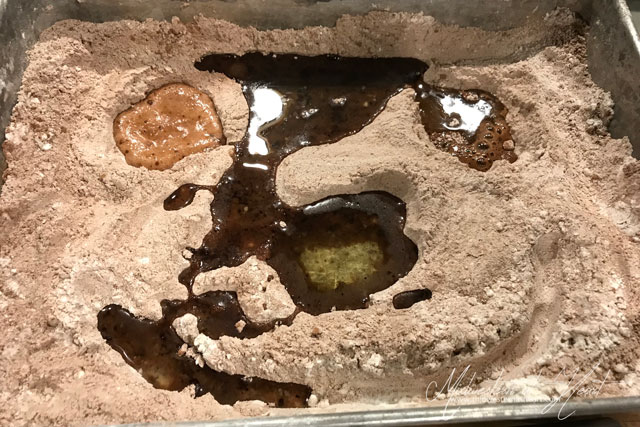 My other comment is she didn’t want to dump all the dry ingredients in on top of each other. She wanted to strategically place them which took a little more time to whisk in the cocoa powder. Hey, it was her cake. I let her have at it. 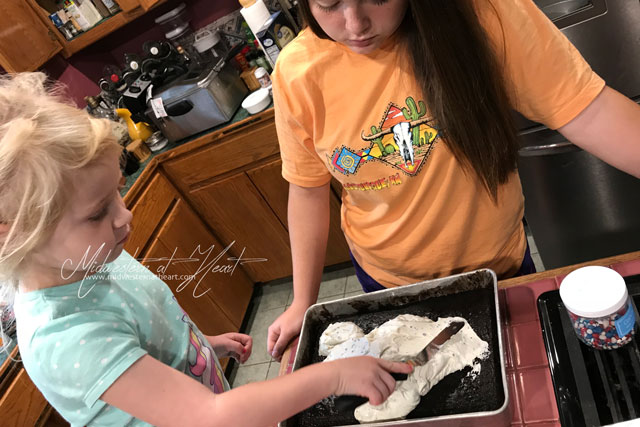 You can top this with whatever icing you want. Shelly of Cookies and Cups suggested Perfect Party Icing to go with this cake. I figured, why not. When we went to the store, we got all the ingredients for this icing. Strangely enough, this icing has Marshmallow Fluff in it.

Funny story on Tbug… I told her not once, not twice, but about 10 times that the Marshmallow fluff was for the icing on Abug’s cake. That didn’t stop her from asking me again and again and again. Poor kid. haha. 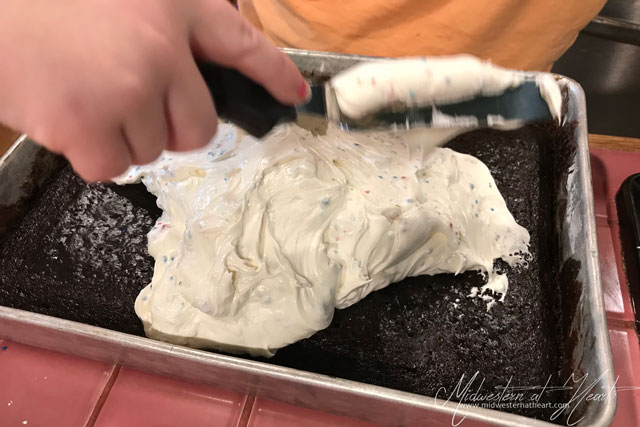 For Tbug’s dessert we took, it called for sprinkles. I went on Amazon and bought Festive 4th of July Sprinkles. They claimed they tasted better than normal sprinkles. It’s true, and I had a hard time keeping my family (including myself) out of them. I figured though since this was a dessert for the 4th, we’d use these sprinkles in it and BAM! it’s now Red, White, Blue, and Pretty! 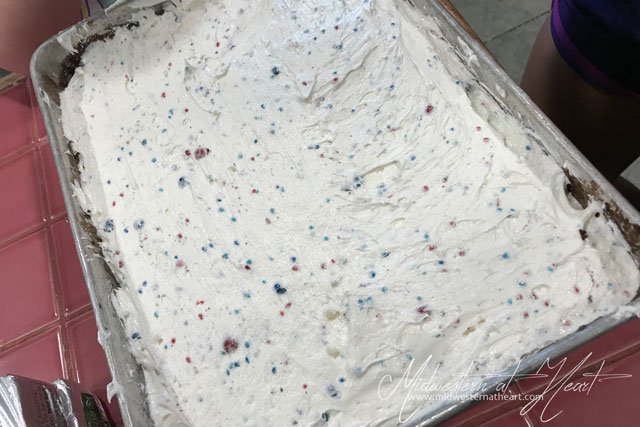 Because there were so many desserts, we had leftovers. I sent the rest with my dad to work. His co-workers LOVED it! So if you’re looking for a good and easy cake to make for a party that will please a crowd, this is a good one!