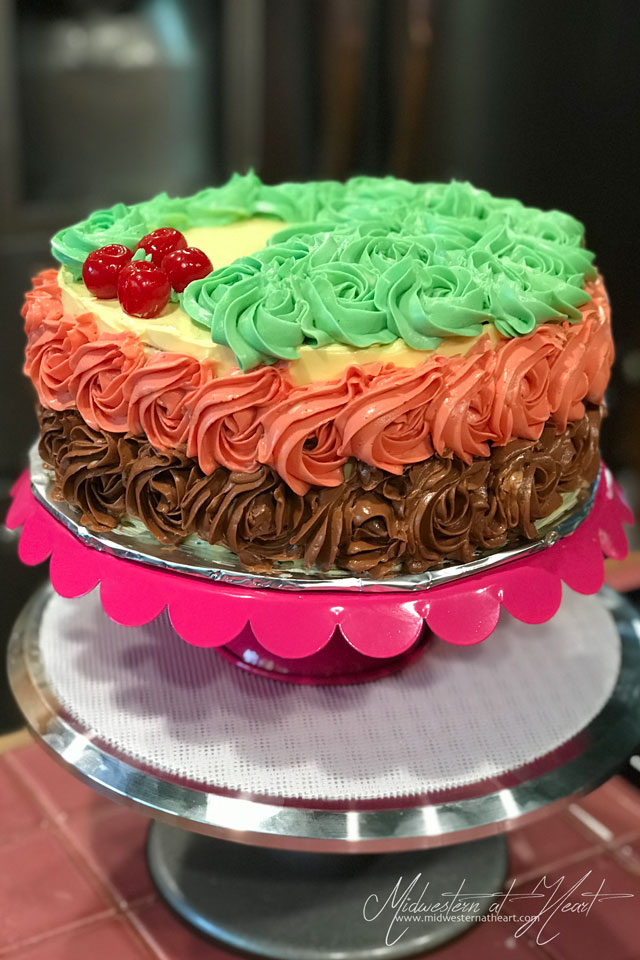 I broke my blog this morning. I could get to the actual blog, but to write new blog posts, that’s what I broke. I couldn’t even get there. I don’t know why. Thanks to my brilliant husband, he fixed it. I made him think. So here we are, back up and running, again. I joke that I keep him around to fix my blog. It is a joke but he has fixed it for me more than once.

Back around the 4th of July (which was last week… wow!), my husband’s family had their yearly get-together. I got busy trying to decide just what I wanted to make to take. If you’ve noticed, here lately I’ve been really into cakes. So of course, I had to choose a cake. I also chose to make Cherry Cheesecake French Macarons because I had a bunch of egg whites just sitting around. I’ll explain later… obviously. 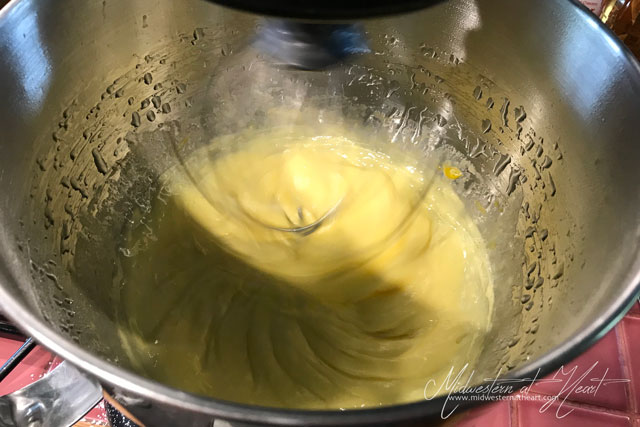 It seems like these last few weeks, maybe even this last month I’ve spent a lot of time researching cakes. I ran across Amanda at I Am Baker’s Spumoni Cake. I knew I wanted to make it, it was just a matter of when… This occasion happened to be the chosen date. Now, after I made the Ultimate Birthday Cake and made the French Buttercream Icing… I’ve kind of been hooked on French Buttercream Icing. 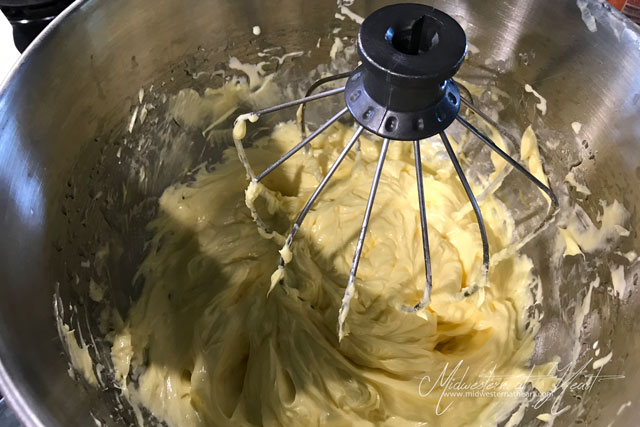 When I told hubby I wanted to make this cake, he requested the French Buttercream Icing. This would be why I have soooooo many egg whites just laying around. Every batch of French Buttercream requires 5 egg yolks which leaves egg whites for something else. I could have made an omelet but French Macarons have been so much more fun. 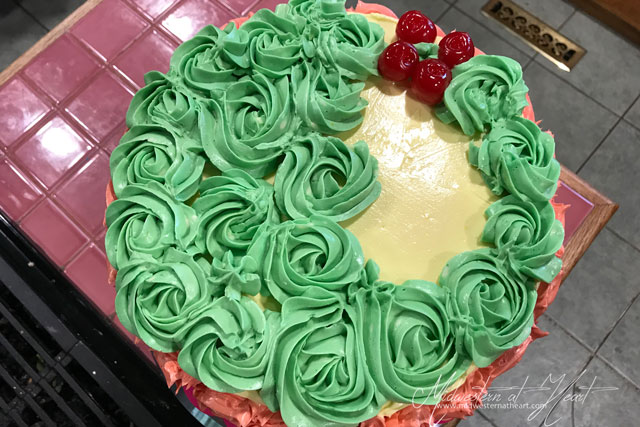 Now I’ve known what Spumoni ice cream is since I was a kid. There used to be an Italian restaurant that served it. Soooooo yummy. In fact, I loved it so, I chose that restaurant a lot (that and they put rotini pasta in their salads, cool right?). But I’m learning a lot of people don’t actually know what Spumoni Ice Cream is. In fact, because we went to Branson last year on my birthday and the Italian restaurant we ate at brought it to me for my birthday, I was able to introduce Tbug, Abug, and Hubby to Spumoni Ice Cream. They are welcome :).

So turns out, Spumoni is actually the plural form of the word Spumone. I didn’t know that until I just googled for a little information. Anyway another thing I didn’t know/realize is it is gelato instead of ice cream. Gelato is a lower-fat Italian form of ice cream. Spumoni is made with different layers, usually three and those three usually contain fruits/nuts.

More often than not, those three flavors are cherry, mint, and chocolate.  This cake was close to that, but it was cherry (maraschino cherries!!), Pistachio (nuts, yey), and chocolate.

Two other fun facts… National Spumoni Day in the US is August 21st and in Canada (hi Canadian friends!!) November 13. So think about this cake, maybe even with Spumoni Gelato on those days!! And the last fun fact… Neapolitan Ice Cream is actually a variation of Spumoni that was named after Naples. The Cherry was changed to strawberry and pistachio was changed to vanilla to reflect American preferences. They say you should learn something new every day, there you go. 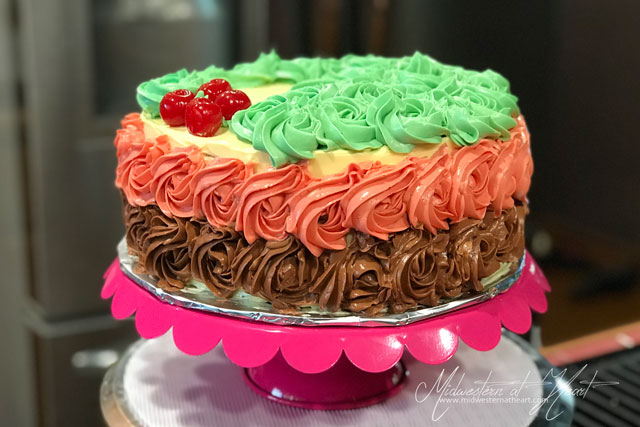 Let’s just preface with Yum! Again, I used French Buttercream instead of American Buttercream. It is a lot less sweet which allowed the cake layers to really shine. I left the green layer tasting of regular French Buttercream, the pink layer I added some Maraschino Cherry Juice, and the Chocolate I added cocoa powder. 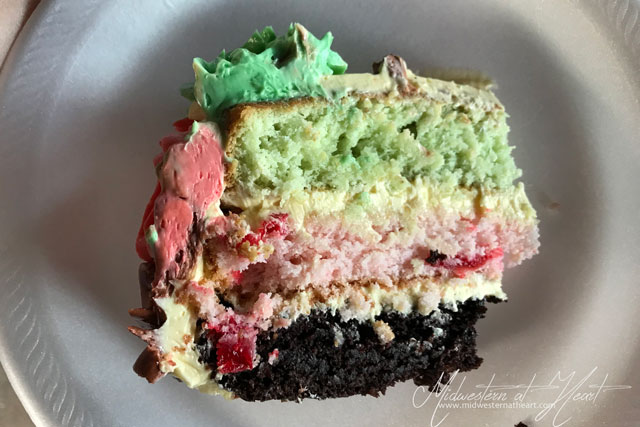 I’ve known all my life that some people aren’t willing to try new things. Truth be told, I used to be one of those (in my teens). Now there is so much food out there to try that a bite won’t kill me, obviously! So I made the cake. Took it to the party. Loved it! I just want to say, run to the store, get the ingredients and MAKE. THIS. NOW!

One thought on “Spumoni Cake”