I had egg whites that had been sitting out aging like they say that they need to do for French Macarons. I actually had other plans for them but wasn’t going to be able to do that for a while and didn’t want these to go bad. So I convinced Tbug to make the French Macarons. I thought she might enjoy making something different… Eventually, I had to take over because it was getting late at night and she still had her cookies to make… but she stuck it out to that point I took over. 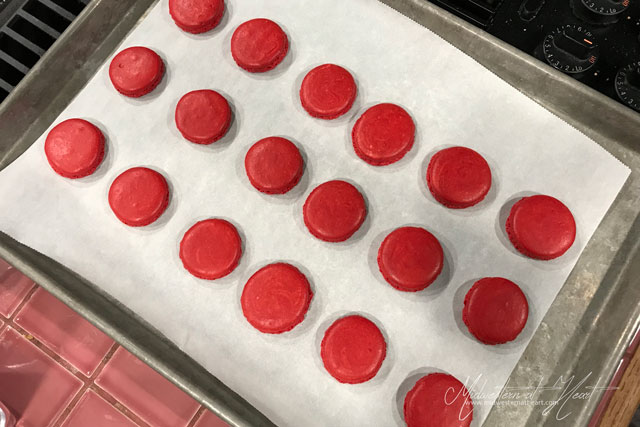 I thought it would be fun to make some kind of red, white, and blue French Macarons but wasn’t sure exactly what to do. Enter Pinterest. I’m surprised there aren’t more French Macaron recipes/ideas out there… But I decided to do a red and a blue cookie, then a white filling. Next was to come up with what to make for the filling. 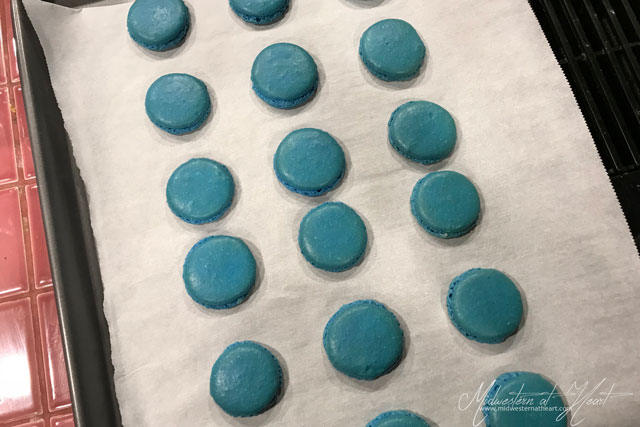 With Pinterest help, I found a blog called Baking a Moment and she made Cherry Cheesecake French Macarons. Now… after the debacle from the Unicorn French Macarons, I wasn’t veering off of my favorite French Macaron recipe. No way, no how. But the filling, I can vary there. 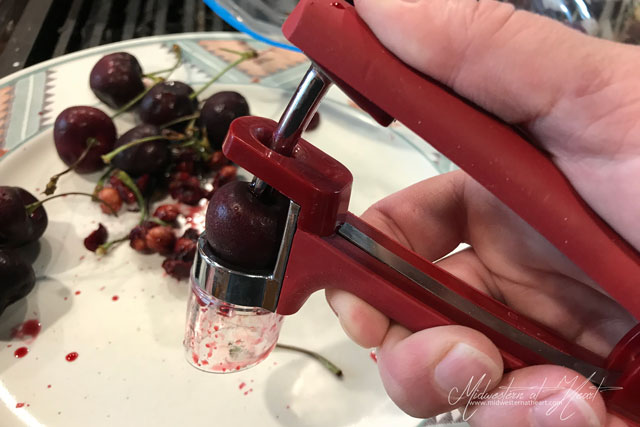 It required cherries. Cool! I had those and that handy dandy cherry pitter. I knew that would come in handy. It was bought for Abug because she used to love Cherries and I hated trying to get those pits out for her. I didn’t want her choking on them. Then I needed to make the “cheesecake” filling. Easy peasy. Tbug asked if it was really cheesecake filling or not. Well, based on the ingredients, I’m going to say yes, just on a smaller scale. 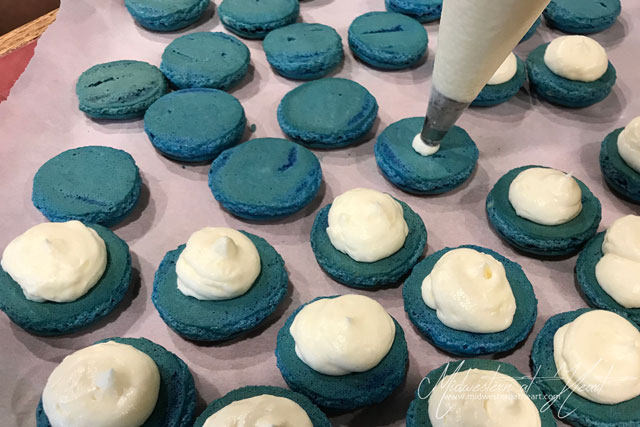 I made two batches of my recipe. That made 64 shells that made 32 actual French Macarons. I pitted 16 cherries and halved them. The recipe for the filling was for 30 Macarons, but I had enough for my 32. It was almost the perfect size. I do have to say, when I made my blue shells, I almost was 1 shy on those shells, I scrimped enough to make that last one in blue. 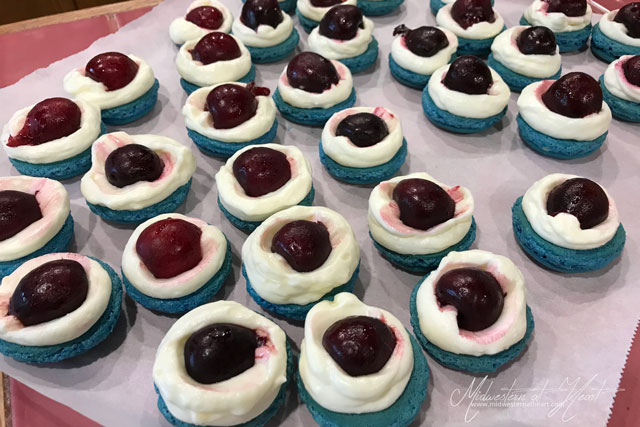 Then it was time to smoosh together. Now I made the shells the night before and then the filling the next day. I feel like I should have done it all in one shot. I had a few shells break while smooshing together. Tbug liked to point out to me I broke more than she did. Thanks… I know where you sleep at night… lol 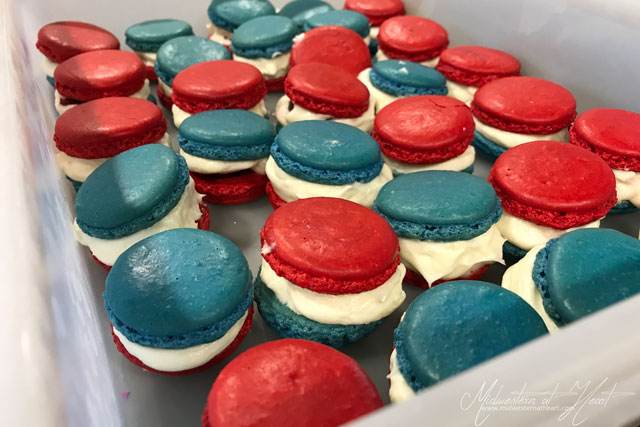 And with that… we had Cherry Cheesecake French Macarons and let’s just say mmmm mmmm! 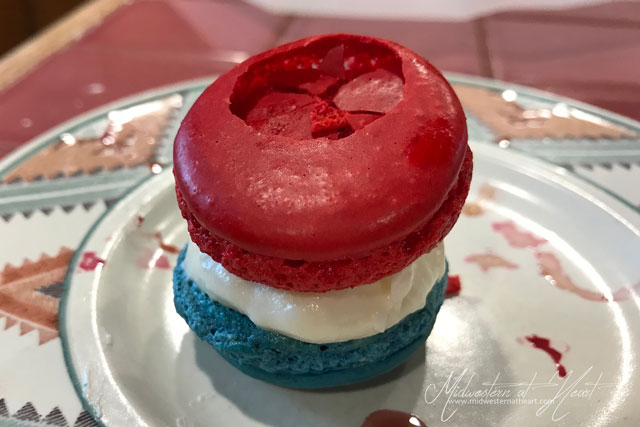