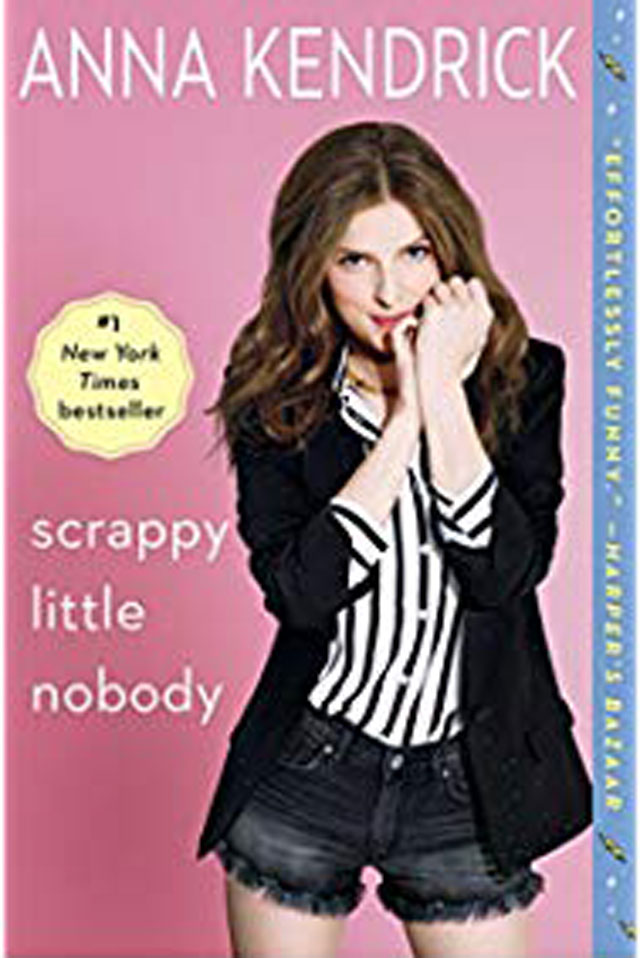 Wow, look at me… I’m on a roll! This would be Book number 12 or if you ask Good Reads Book 13. I’m not sure I count the novella that tied up the Just One series as an actual book because it was like maybe 60ish pages or something like that. I can’t remember. Either way, for sure, I have now met the 12 book challenge for 2018 I set on Good Reads. Look at me go! It’s only just August too which means, I could easily surpass that, right?

I’m kind of giggling at myself because I’ve read a lot of memoirs. I guess I like learning about people. Celebrities are people too. I’m not sure why I guess I just do. I actually took a memoir class in college. I’m sure I’ve mentioned this before. But the funny thing is, I wish we would have read this book during that class. This book had me thinking, ooooo I could have written about this or I could have written about that. I’m pretty sure my memoirs in that class sucked! I mean, yes, I got an A in that class, but the funny part of that is the professor was about to retire and I’m sure as long as you did the work you’d get an A.

The professor had written his memoir and self-published it. A lot of the class seemed put off by his memoir, but why? I’m not sure. There were parts that were weird/interesting and he always wanted the juicy details of our lives. Most of us weren’t really comfortable giving those. {raises hand} I was one of them! I have a habit of worrying about people judging me.

People joke about my memoir and they even have the title for it, “Standing on my Head in the Corner Stacking BB’s with my Nose.” It’s a phrase I use ALL. THE. TIME. quite literally. Anyway, Book number 12 or 13, whichever: Scrappy Little Nobody by Anna Kendrick.

Scrappy Little Nobody by Anna Kendrick

The New York Times bestselling collection of humorous autobiographical essays by the Academy Award­–nominated actress and star of Up in the Air and Pitch Perfect.

Even before she made a name for herself on the silver screen starring in films like Pitch Perfect, Up in the Air, Twilight, and Into the Woods, Anna Kendrick was unusually small, weird, and “10 percent defiant.”

At the ripe age of thirteen, she had already resolved to “keep the crazy inside my head where it belonged. Forever. But here’s the thing about crazy: It. Wants. Out.” In Scrappy Little Nobody, she invites readers inside her brain, sharing extraordinary and charmingly ordinary stories with candor and winningly wry observations.

With her razor-sharp wit, Anna recounts the absurdities she’s experienced on her way to and from the heart of pop culture as only she can—from her unusual path to the performing arts (Vanilla Ice and baggy neon pants may have played a role) to her double life as a middle-school student who also starred on Broadway to her initial “dating experiments” (including only liking boys who didn’t like her back) to reviewing a binder full of butt doubles to her struggle to live like an adult woman instead of a perpetual “man-child.”

Enter Anna’s world and follow her rise from “scrappy little nobody” to somebody who dazzles on the stage, the screen, and now the page—with an electric, singular voice, at once familiar and surprising, sharp and sweet, funny and serious (well, not that serious).

I loved the book. She’s quite the writer and entertainer. Now, I think she added a lot of cuss words to add to the humor that really wasn’t necessary. And if you know me, you know I can cuss like a sailor. So if I had written it, I may have added them in too, I don’t know. I do think at times though, they weren’t necessary. She would have been funny with or without those cuss words.

It was a quick and easy read. I started it on the first day of our vacation and finished it yesterday. Now, if you do the math, that’s like 3 weeks. Truthfully, that’s pretty good for me… especially since these days I have to squeeze in reading time.

So glad I read it. It was one of those I found out about and put in hubby’s Amazon cart. He bought it for me without me even knowing/realizing it until it showed up.

Anna Kendrick is in a lot more movies than I ever knew or realized. Quite crazy and it was fun to find out she got her start on Broadway. Now, if you’re asking why I gave it a 4 out of 5 on Good Reads, well that’s because like I mentioned above… I don’t really think it needed all the cussing. I’m not judging, I just think it would have been just as funny without them. I really enjoyed the book. So, now that I’m done with it, who wants my copy… lol.