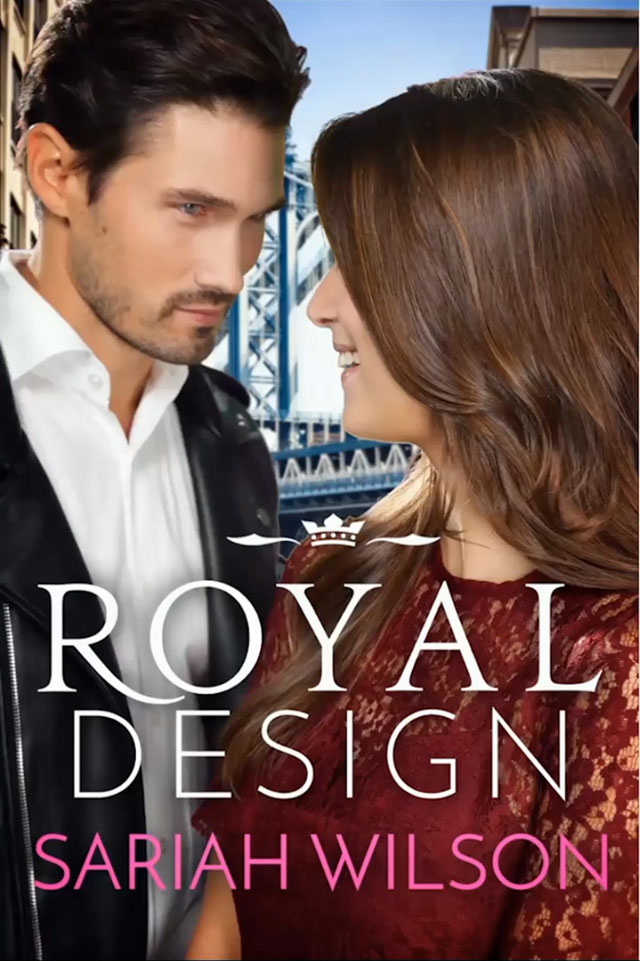 Guys, I did it. I’ve gone above and beyond my Good Reads book challenge for sure. It’s either Book 13 or Book 14. Remember, yesterday’s blog post I discussed how it could be 13, but that one of the original 12 was a novella and I wasn’t sure I wanted to count that as a true book.

But… I also finished another book. WHAT?!?! My husband picks on me because he thought I just kept starting books but never finished them. See, he used to read my blog, but he doesn’t anymore. If he’d have read my blog, he’d know I was actually finishing books. Yes, I have a few started, but they are all different genre’s so when I get tired of one type, I have a fallback.

I truly didn’t intend on finishing this book yesterday, I just got to the point I didn’t put it down apparently. Because, well, I finished it. I have now read 4 books boy Sariah Wilson. Royal Date, Royal Chase, Royal Games, and now Royal Design. It doesn’t appear that she has any more in this sequence, yet anyway.

Bellamy Sullivan’s life is hardly regal. She’s a waitress from Ohio who’s been on her own since she was sixteen, working several jobs while her dreams of being a fashion designer stay just that. But everything changes when PR maven and soon-to-be-royal Lemon Beauchamp drops in to announce that Bellamy is a princess. Unfortunately, Bellamy’s newly assigned bodyguard is the last man she wants to see.

A year ago, the royal family of Monterra tasked Enzo Rannalli with confirming Bellamy’s heritage, which meant he had to get very close to her. Enzo got the confirmation he needed, but he didn’t expect their connection to be so meaningful. And he didn’t expect his sudden departure to break the young princess’s heart.

In exchange for a once-in-a-lifetime chance to kick-start her fashion career, Bellamy agrees to star on a royal reality show that will match her with the world’s most eligible bachelors. But after a series of disastrous dates make her even more grateful for Enzo’s company, she wonders if her fairy-tale ending is waiting to happen off camera.

So this was a Kindle in Motion book. Do you know what that is? So every few “pages” it has a gif. That’s a kind of cool thought but kind of annoying as all get out too. My eyes kept seeing the motion of the gif and I’d lose my place. No luckily, it did allow you to turn them off, but it took “time” to turn them off. Sadly, that is part of what made me give it only 4 stars.

The other thing is the ending was a little anti-climatic. It seems like she ran out of things to write and bam, there was the end of the book. It wasn’t quite that abrupt maybe, but some books that ending part just is a bit of a letdown and this felt that way to me.

Am I glad I read it? Yes. Would I ever read it again? No. Some books you’d definitely read more than once, this sadly wasn’t one of them.

I do not think that I am close enough to the ending of another book for me to finish today or tomorrow… just saying. But, I have a couple started so we’ll see what happens. lol.