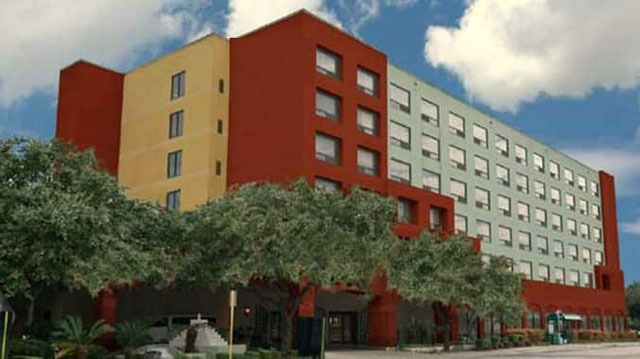 When we decided to go to San Antonio on Vacation, Hubby went to looking for a place to stay. In San Antonio, there are multiple options. Eventually, he settled on a Double Tree by Hilton Downtown San Antonio.

Listening to Siri directions pronounce that street is hilarious! Now, remember, we were coming from the North. Oh. My. Gosh. We came off one Highway into another highway and immediately had to take an exit which caused us to have to cross 4 lanes of traffic almost at a diagonal. CRAZY! I’m glad hubby had to do it the first time, although I got my chance when we came back from Corpus Christi. More on that later.

4 Lanes of traffic at a diagonal during rush hour = stressful! Oy! 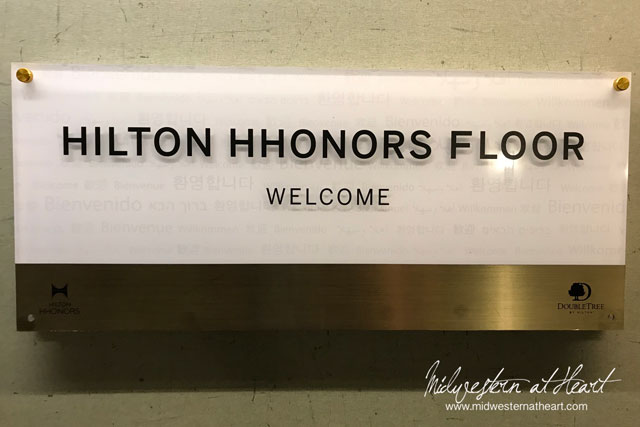 Our room was nice. When you walked in, the air felt nice, especially in the heat. The difference between the heat in San Antonio and the heat at home is the humidity. We have HIGH humidity in Missouri which most people don’t believe. In Texas, it was relatively low humidity. You walk outside and yes it was warm, but you didn’t feel like you were in a sauna because that humidity wasn’t there. It was nice! I’ve always loved Texas. When I was a little kid I really figured I’d live in Texas when I grew up. Sadly, I don’t.

But the hotel room. The beds were full size. We kind of expected them to be queen size, but we survived. It was okay. At night, I’m not sure if it was the comforter or the air turned up but the room felt warm. I seriously think it was the comforter. 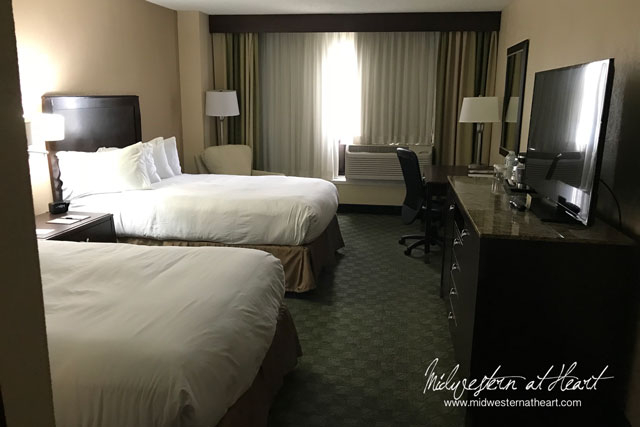 The rooms had mini refrigerators and a safe to lock up your valuables. 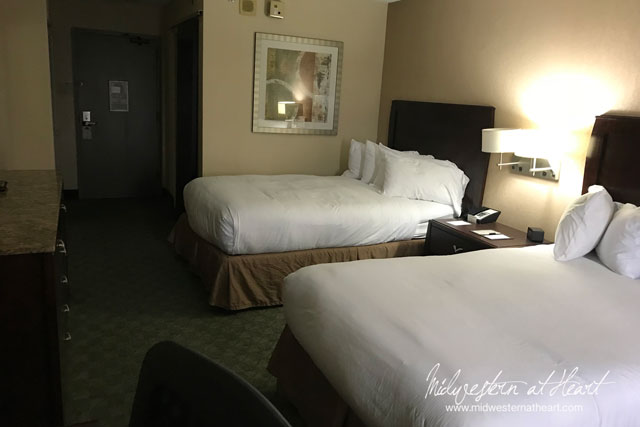 And hot water. You know, that’s one thing I love about hotels… the amount of hot water. 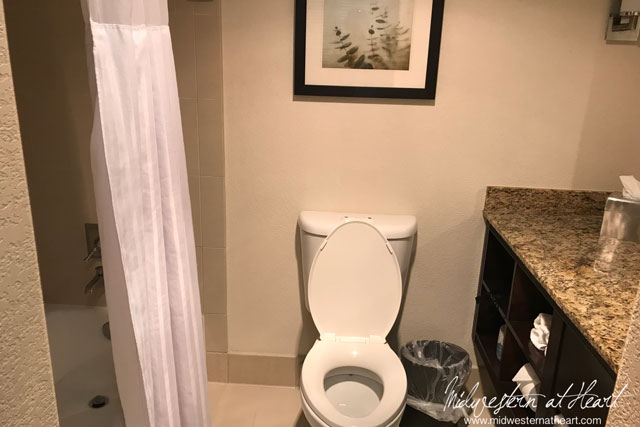 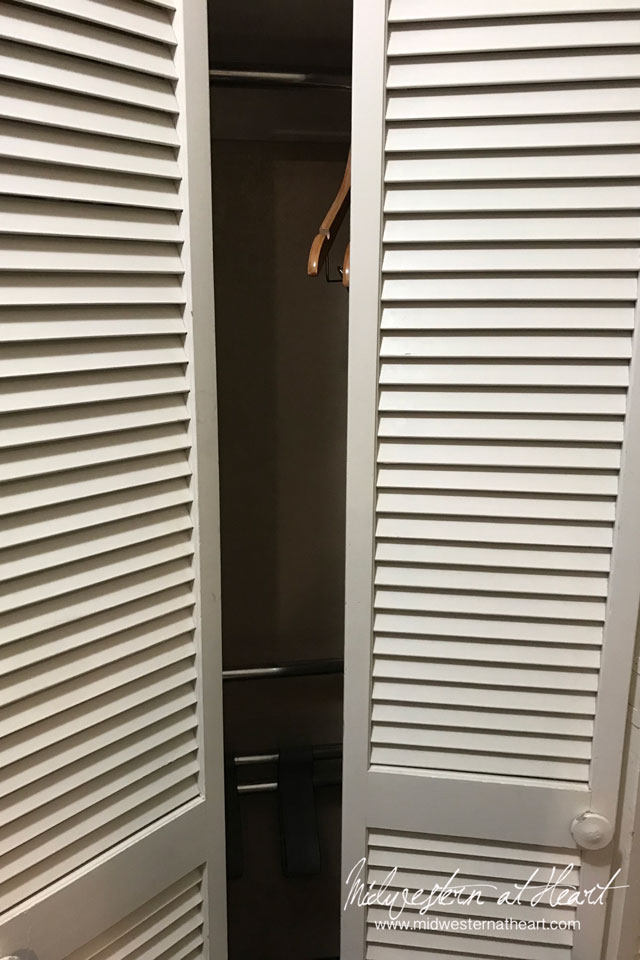 Our view. You can see the highways, down by the Riverwalk, and of course the Tower of the Americas. It was a grand view. 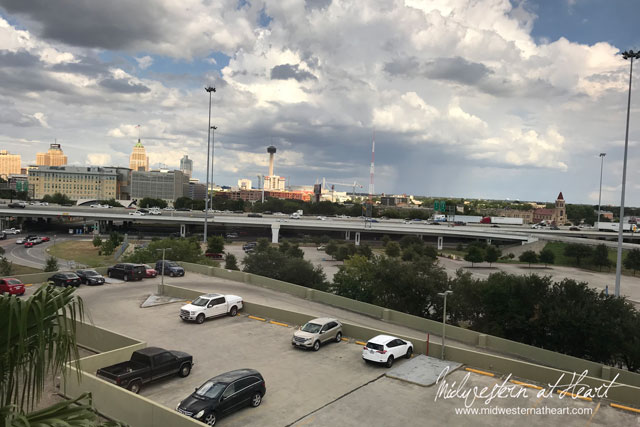 Oh, and it had a pool. That was on the request by the little… her Ho-tail (hotel) needed a pool. She’d be a great Texan, she has the perfect accent. Sadly I missed the Texan accent down there. Either there were a lot of people who moved in, a lot of travelers or something but that Texan accent was MISSING. 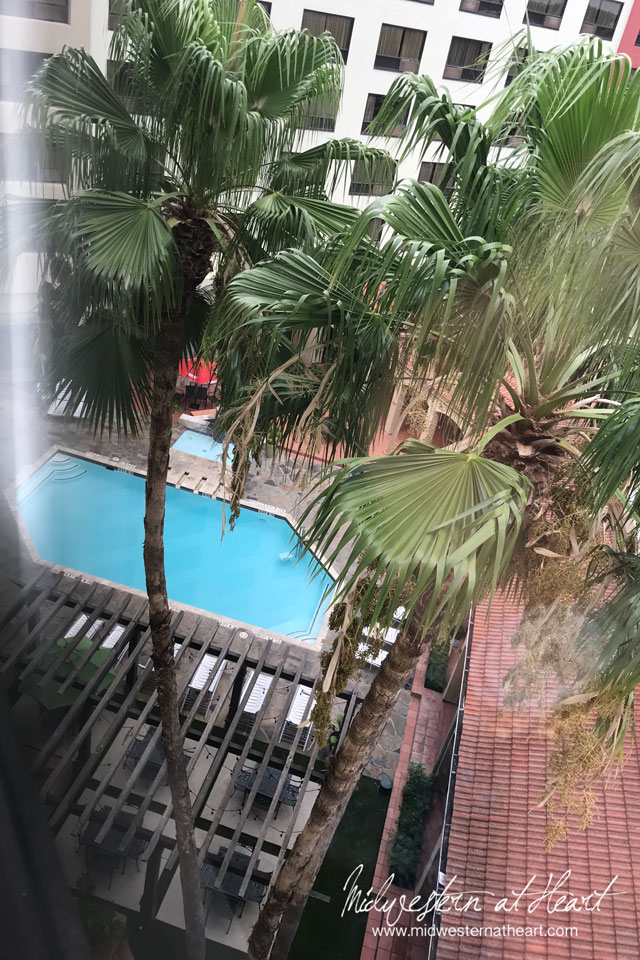 The best part about this hotel… It had a shuttle that you could hop on and go to the Riverwalk, The Alamo, the convention center, or one other drop off point. We always went to the Riverwalk and proceeded from there. It was free and left every hour on the hour. Then you called them and they came to pick you up. The shuttle hours were from 8 am- 10 pm. It saved the hassle of having to load up in the vehicle and then having to find a place to park. Now, there was paid parking down in that area, but those lots seemed to always be full.

This shuttle was awesome. 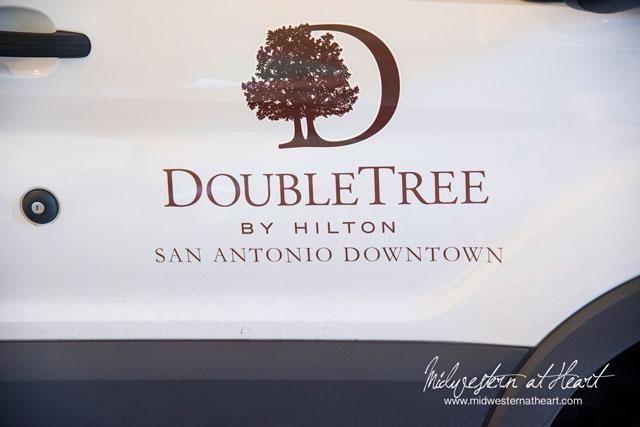 We could have stayed at one of the hotels there on the Riverwalk, but I’m truly glad we stayed where we did, you know, minus that crossing 4 lanes of traffic during rush hour. That was just stressful, but not everyone had to deal with that. We didn’t even have to deal with that coming back from Sea World.