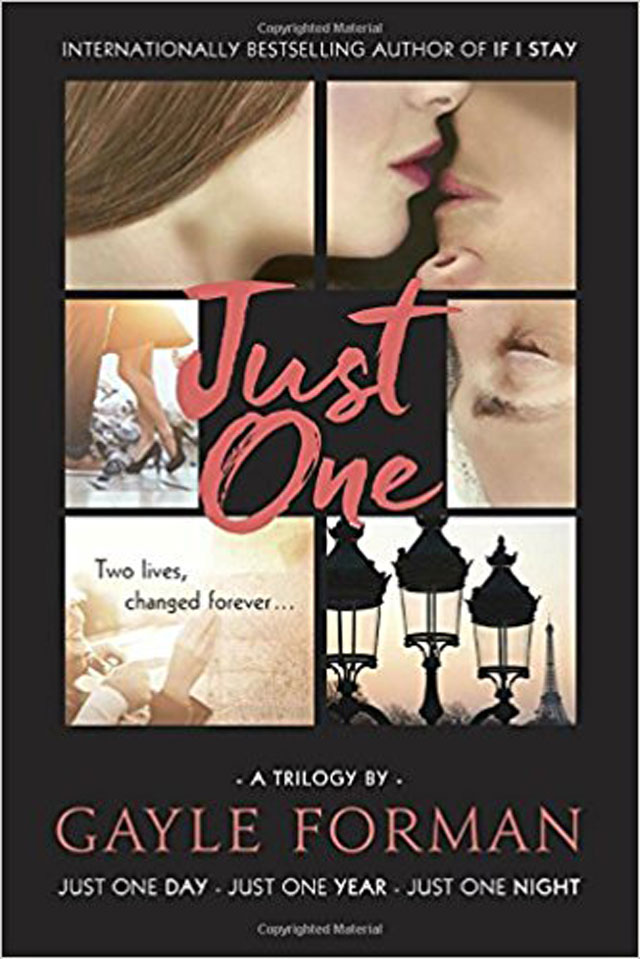 Just before Christmas, I was wandering through Sam’s with my mom, aunt, and Abug. Now if there is one thing I can tell you, Abug LOVES Books. I love that about her. By the way, Tbug loves books too! Score!

Anyway… we were wandering around Sam’s Club and Abug took us over by the books. Since Grad School, I haven’t read a whole lot of books, to be honest. And truthfully I felt like something was missing in my life. At the same time, I read such intense, thinker type books in grad school I wasn’t sure what to read now.

When I was in Grad school one of the classes I had made us think about how we read literature. So you could read a book in your 20’s, 30’s, and 40’s and have a different opinion on it every time. I wish I could remember which professor told us that. It was either Dr. Carlson or Dr. McCallum and I can’t remember. Either way, they taught us that your life experiences help mold your impression on things. So a book you read in high school that you absolutely adored could have a different impression on you once you got into your 40’s. I had a lot of thought-provoking classes like that.

So back to Christmas time. I keep picking up books not knowing if I really want to read them or not. But there was a book that caught my attention. It was a 3 part trilogy all in one book. Score!

When sheltered American good girl Allyson “LuLu” Healey first meets laid-back Dutch actor Willem De Ruiter at an underground performance of Twelfth Night in England, there’s an undeniable spark. After just one day together, that spark bursts into a flame, or so it seems to Allyson, until the following morning, when she wakes up after a whirlwind day in Paris to discover that Willem has left.
Over the next year, Allyson embarks on a journey to come to terms with the narrow confines of her life, and through Shakespeare, travel, and a quest for her almost-true-love, to break free of those confines.

The first few chapters of the book keep you turning the page. You’re in suspense wondering what will happen next. I mean it is your typical whirlwind romance type story… BUT… About halfway through the book, you get into Allyson’s regular life. She has a complete meltdown. The book is broken down into each month from the time she left Paris with Willem until she travels back overseas. I feel like it gets drawn out a little bit. She’s very whiny and needy and quite frankly frustrates the crap out of me.

By the end of the book, there were so many unanswered questions that I was glad I already had the second book in my possession. Remember, it came as a trilogy. All books under one cover! Whew! I immediately jumped in to book 2.

When he opens his eyes, Willem doesn’t know where in the world he is—Prague or Dubrovnik or back in Amsterdam. All he knows is that he is once again alone and that he needs to find a girl named Lulu. They shared one magical day in Paris, and something about that day—that girl—makes Willem wonder if they aren’t fated to be together. He travels all over the world, from Mexico to India, hoping to reconnect with her. But as months go by and Lulu remains elusive, Willem starts to question if the hand of fate is as strong as he’d thought. . . .
The romantic, emotional companion to Just One Day, this is a story of the choices we make and the accidents that happen—and the happiness we can find when the two intersect.

Oh gosh, I was so glad to read this book. Although it kind of made Willem look like a pig at times. Without giving away too many details, it had him loving one girl while sleeping with another. Meh… maybe that’s life. I don’t know. Truthfully it probably had him pegged pretty normal. I’m so glad I had this book. He kept it together that year without Allyson, anyway better than she did. He still had his moments I could have slapped him.

I’m pretty sure I read this book faster than the first. It broke down the year as well for him and helped tied up a lot of loose, unanswered questions from the previous book. I really liked that about this book! I was really starting to think I just would never know the answers. Now the first book in the trilogy was her viewpoint. The second was his viewpoint. In the end, there were still a few unanswered questions.

From the Good Read’s snippet about the book above, it says that this novella reveals the couple’s final chapter. Truthfully it still left a few unanswered questions. Annoying! haha. Truthfully though, this was an excellent series. There were a few points that dragged and a few points I wanted to slap some sense into both of them. But it was an easy read that kept the pages turning. It left me wanting a follow up to One Life or something. Get on that Gayle Forman, would you please?

These books were NOTHING like what I read in grad school. Most of the professors would call it smut probably. It was interesting to sit in classes and listen to them lecture on current books that “aren’t literature” that someday may be considered literature, i.e. Harry Potter series, The 50 Shades series, etc. You get the picture. Heck… one professor made us read The Hippopotamus by Stephen Fry. I’m here to tell you, that isn’t literature and holy crap! We’ll leave it at that because I tried to erase the story from my head…

A list of links to your favorite posts in your archives
I Painted a Purple Cat... or something like that
Round Two
Someone who Fascinates me and why | Blogging 30