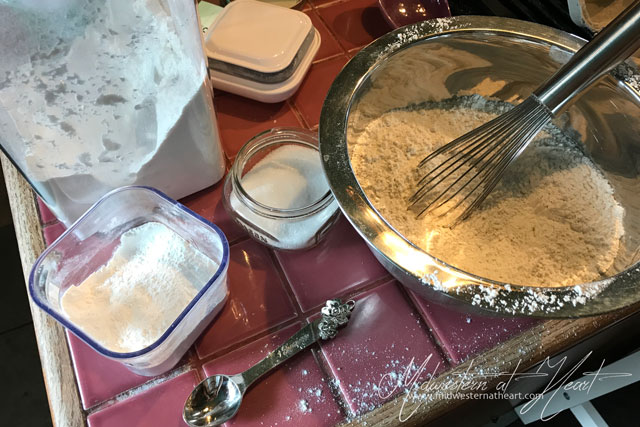 I’ve been issued a Sugar Cookie Challenge. Let me explain…

When we were in Cozumel this year, Deb and I were talking to one of the owners of Cozumel Marine World. On his shirt was the logo for Underwater Digital Fiesta Expeditions. I asked Alex and Deb what that was. Turns out it is a yearly get together where you learn to take better underwater photos while learning about and testing out the latest and greatest in digital underwater photography equipment. WHAT!?!?!?

If there’s one thing you should know about me by now, I LOVE photography. My underwater photography skills lack quite a bit, but I’ve only been diving for 4 years. In those 4 years, I was off limits in diving for a year because of my cute little three-year-old. So I’ve been diving 3 years. Yes, I have 100 dives in under my belt… but….. They highly suggest you don’t start carrying a camera underwater with you until you’ve at least dove 50 times. Well, I didn’t totally listen to those words of advice, but I always made sure I was comfortable enough diving before I took a camera with me. It’s an added responsibility.

I immediately started talking about how I wanted to go to this photo fiesta. Hubby laughed and issued me a challenge. If I could sell 300 dozen cookies, I could go. Holy cow! That’s not 300 cookies… that’s 300 dozen cookies. That equals math I can’t easily do in my head. That is 3,600 cookies. 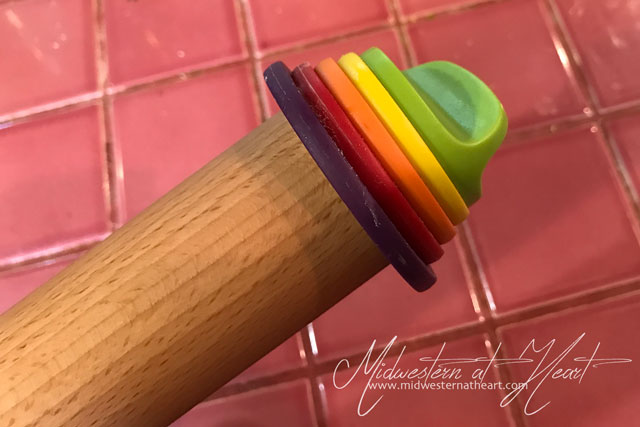 So here we are. I’m in need of baking/selling 300 dozen cookies. Will it happen? Who knows. I highly doubt it, but it might. We’ll see. I’ll keep you updated.

Do you see my cheater rolling pin up there? Why do I call it a Cheater? Well because it helps me keep my cookies all the same height. Score! Consistency is a thing after all.

Last week I started on my challenge. Truthfully, I think I’ve made a few dozen since this challenge was issued, but I can really only verify that these are included. I made 6 dozen cookies. That’s 6 dozen out of my 300 dozen which only leaves me (where’s the calculator) 294 dozen cookies left to go. Sigh! I have until April…. although you have to sign up way before then. May April 2019? haha. 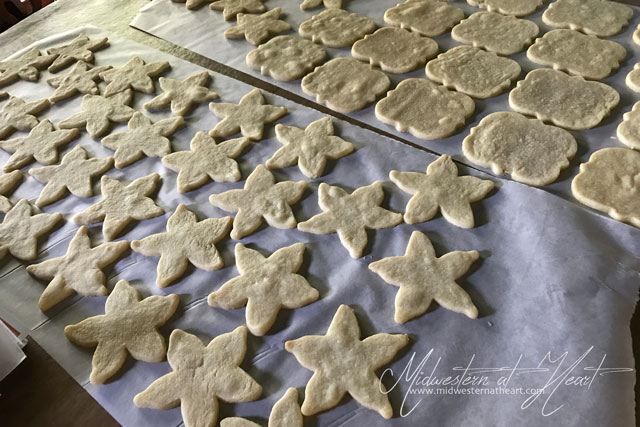 You know how you get online and you read things? So I’ve been making my sugar cookies and icing recipes for a year now, pretty consistently. I feel like I have it mastered. However… I wound up on a blog the other day that claimed to have “The prettiest” sugar cookies ever. With a claim like that, it had to be something special, right? Since I already had my cookies baked when I came across this blog post, I decided to just try the icing recipe. 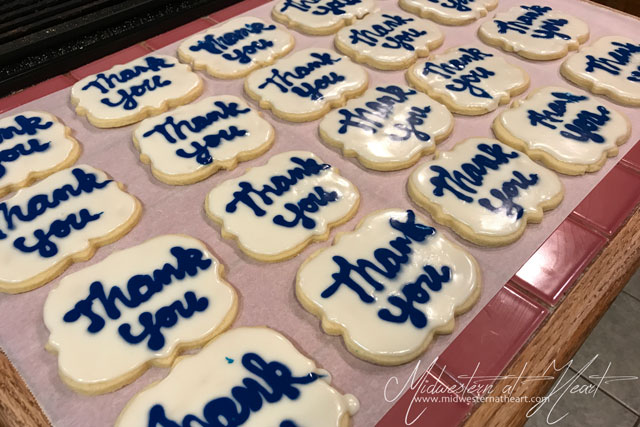 The differences in their cookie recipe to mine… The use more 1 more tsp baking powder, 1/4 c more flour, and a half cup less sugar. The recipe isn’t all that different. A little… The icing recipe though… waaaaaaaay different. Yes, I was taking a risk in changing up my icing recipe on these cookies, but I decided if I needed to, I could always make more cookies if I totally screwed it. I am a perfectionist like that sometimes. Btw, totally not happy with the look of the cookies above… But more on that to come. They took them anyway even though I wasn’t happy. Again, it’s the perfectionist coming out in me. 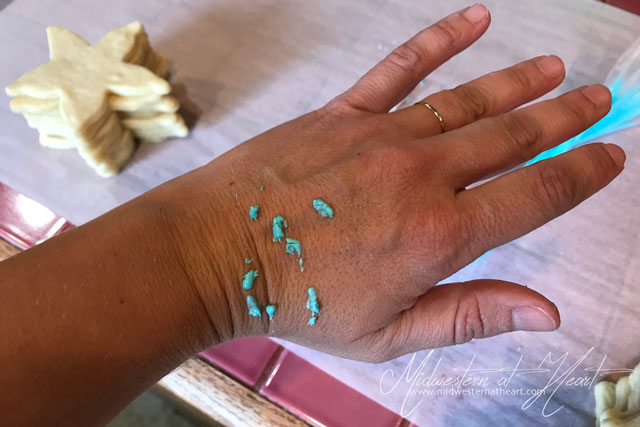 I thought, okay so more liquid? Plus it didn’t call for meringue powder which is what I’ve been told is what makes the royal icing set up, that or egg whites, or something of the sorts… I added the corn syrup and extracts and still, huge clump of blech (no words….). 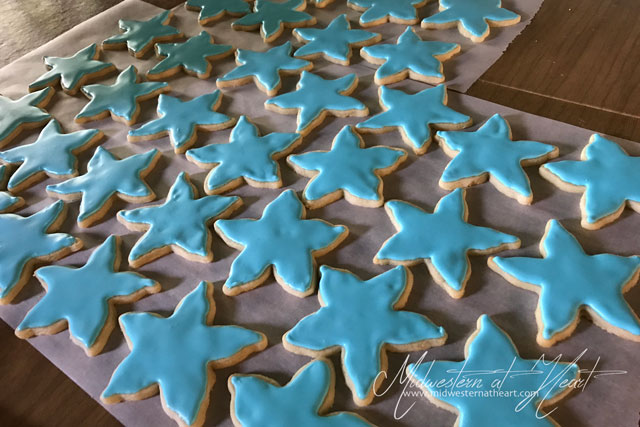 At this point, I decided to add everything that my recipe calls for. I upped the powdered sugar. Theirs called for 1 1/2 cups and mine calls for 4 so I calculated (scary) and added to theirs. I added the water from mine, but in the form of milk, and then added my meringue powder. The icing had soooooo many clumps in it. SO. Many. Clumps. I wanted to cry at this point. I added tbsp after tbsp of water to the mixture to make it thin out, it was still soooooo thick and clumpy. 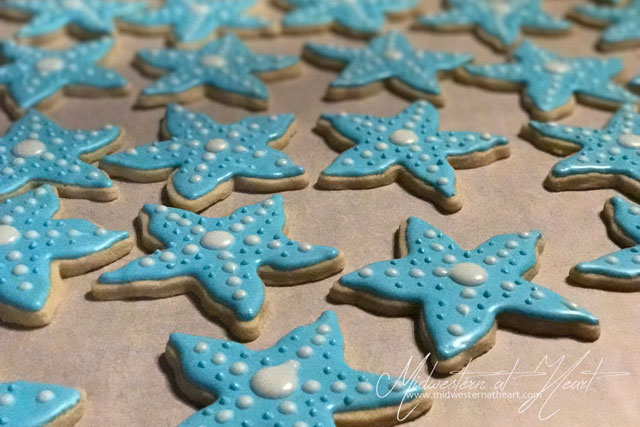 The Thank You cookies above, they had that original icing. It was hard to push through the piping tip. We were constantly (hubby was helping me, that’s why we) unplugging the tip. The icing didn’t want flood very well. When I colored the blue to do the writing, it wanted to bleed into the white really bad. I wanted to redo those cookies so bad, even though I really didn’t… if that makes sense. They refused to let me redo them. 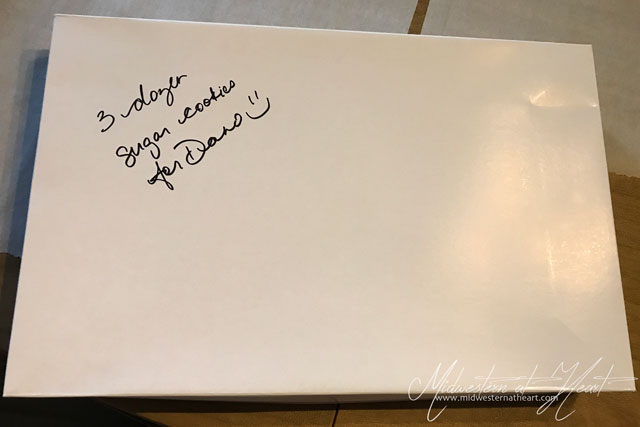 The first set of 3 dozen cookies were done and ready to go by Wednesday morning. The second set of 3 dozen were for my friend Dan. I had plans on getting them to him on Friday. Thursday when I made the icing for those cookies, I stuck with my trusty icing recipe. I did add vanilla and almond flavoring to my icing recipe. That addition upped the already good flavor, but didn’t mess with the consistency and the flood… oh the flood of the icing was perfect! I was never so happy in my life. haha…. that’s a bit of an exaggeration there…

The take away message… okay so tweek sometimes, but why fix something that isn’t broken… seriously! 6 dozen down, 294 dozen left to go. Cozumel I’m coming for you. haha!

A Saturday Post: The Lake
Homemade Spaghetti Noodles
How we spent our 1st Anniversary Part 1
Something Saturday (3)