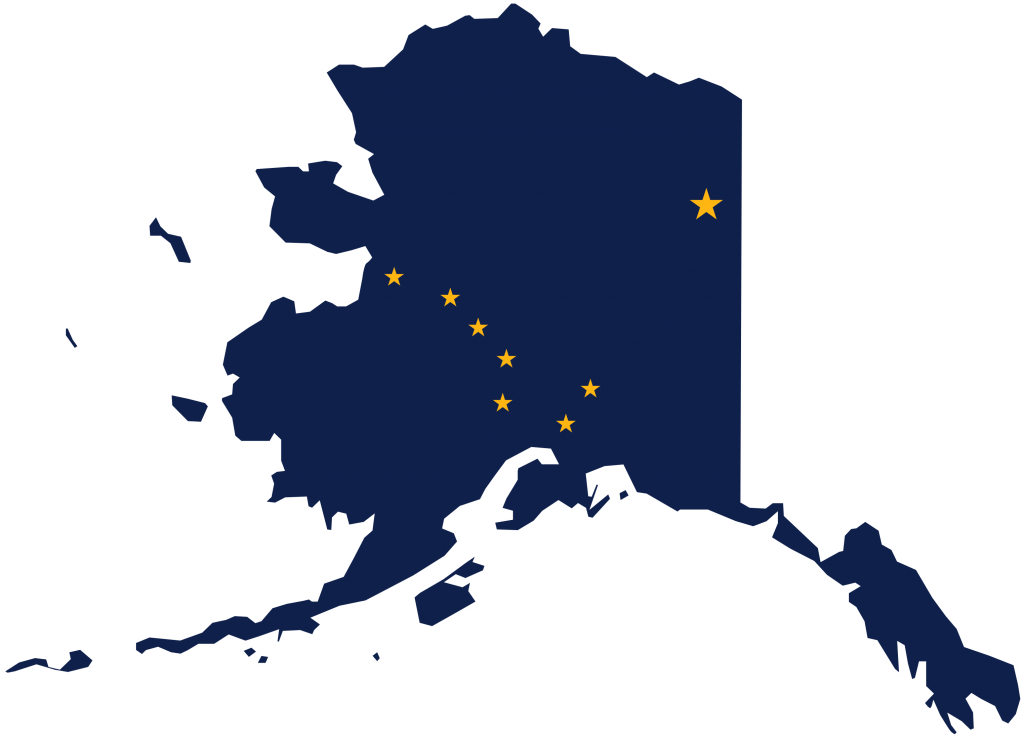 Let this be known… I’m not here to debate if going on vacation was the right thing to do or not. I was stressed out in the weeks prior to leaving. Stressed beyond belief. I had a few meltdowns. I might be 2. Anyway… the point is… we went on vacation, we had a great time… And here’s what lead us to head to Alaska. We’ll call it the “backstory.”

When my little was about a year old, we were planning a summer vacation. My mom kept mentioning that we should go to Disney World or Disneyland because the little loved Disney so much. I kept saying, let’s hold off until she’s at least 5 or 6. If we’re going to spend that amount of money, I want her to remember it.

My husband and I were looking for a vacation for the 2 of us. I don’t know why I think we were just killing time one evening. That’s when he spotted that we could go on vacation to Disney fairly cheaply. Then the debate was on World vs Land. Eventually, we fell upon land because we’d never been to California. Okay, well he had for work, but does that really count?

We talked to my parents and his mom about going to see if they’d be interested. Yup. Got the older daughter on board… and plans started moving forward.

We spent most of the winter and spring when Coronavirus struck walking on eggshells wondering what to do. Do we keep with our plans? Try to rebook? Cut our losses? So many questions that had absolutely NO answers.

It was so frustrating. We went through the 7 stages of whatever.

I have a friend who lives in California near Disneyland. She and her family have season passes. We spent last fall and early winter picking her brain about what we needed to do while in SoCal. Then I started bugging her about if Disneyland would actually open. So many rumors that it wouldn’t open until January 2021.

About the time those rumors hit, we decided to try and reroute our summer vacation. At this point, there was still so much unknown.

When 40K people flocked to the beach in California once they opened up, we knew we wanted to avoid beaches. We were also fearful that they would shut back down. Like I said, so much unknown.

So we went through different states that we wanted to travel to. I spouted off, Alaska, we always wanted to go to Alaska. It sounded quite appealing going the end of July when it would be 90+ degrees here and 60ish there!

Getting our trip rerouted was quite interesting. We called the company our trip was booked through. They charged us a small fee and we were set. Then we sat and waited and waited for them to transfer the money. They didn’t transfer our trip money from one trip to the other until a couple of days before we left, no joke. We called multiple times and they’d tell us it would happen. Nothing like waiting until the last minute.

Then it was a waiting game again. Alaska opened back up. But like all states, there were restrictions. Flights opened back up with restrictions. Everything had restrictions. So we had to do a lot of research. One of the things that Alaska required was we get Covid-19 tested within 72 hours of our departure flight. That was actually something none of us really wanted to do unless we had signs and symptoms. But we agreed to do what needed to be done.

We went the Wednesday afternoon before our Saturday flight and had the thing stuck up our nose. I had been mowing the lawn that morning and my nose was full of dirt and dust. We were so dry here. I’m pretty sure I just mowed dust. When the lady stuck the thing up my nose, it felt like she hit boogers. I never wanted to pick my nose so bad in my life. The little, she sneezed all over me. She tried to sneeze in her elbow and I got overspray. And hubby, he was hilarious.

Then we had more waiting. Waiting for the results.

American Airlines requires all passengers to wear a mask during flight. They were pretty big sticklers about that too. Not against me, I know how to play nice even if I don’t agree with something. Other people kept having to be reminded (none of our group… we played nice).

I was extremely nervous about boarding this plane. Now here’s the thing… I know 2 people who have had and survived Covid-19. One is a friend so close he might as well be a brother. His was recent… the other guy, he had it in March. That was my husband’s boss. Both guys told us it felt like a bad summer cold. That still didn’t ease my nerves any.

We had a full flight to Dallas/Ft. Worth (our connecting flight). Our flight to Anchorage was fairly full as well.

Once we landed in Anchorage, we had to stand in line and fill out paperwork that we had taken the Covid-19 test. Otherwise, you had to take it right there at the airport. If you didn’t have test results yet, you had to self-quarantine and email results the minute you got them.

Hubby had his by the time we landed. The rest of us, ours staggered in all week, except my parents. My parents still haven’t gotten theirs at this point.

We went Salmon fishing. Our boat captain told us to avoid staying in Anchorage in the future. It is just another big city and not a real depiction of what Alaska really is. haha. Truthfully, we didn’t spend much time in Anchorage. We ate a few meals, stayed the night, and went to the zoo. Otherwise, we spent most of our time in a Dodge Caravan driving around the countryside.

Starting Monday of this week (August 3, 2020) the Anchorage Mayor has returned all restaurants in town back to carry-out only. No more dining in restaurants in Anchorage for a while. I’m not sure why but…

And for fun, here’s a trip video.