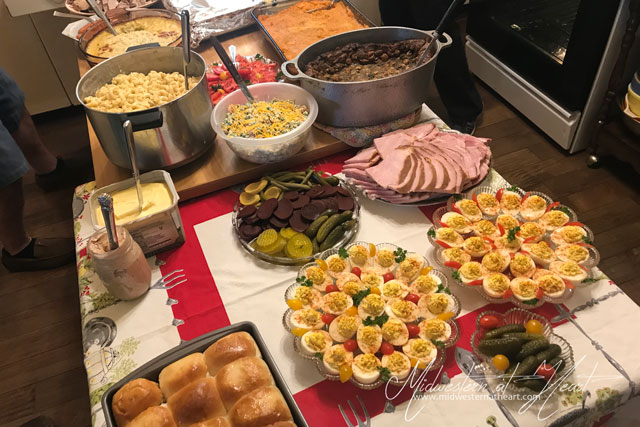 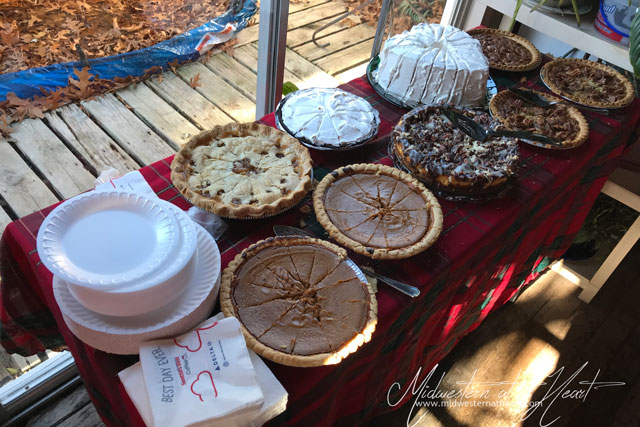 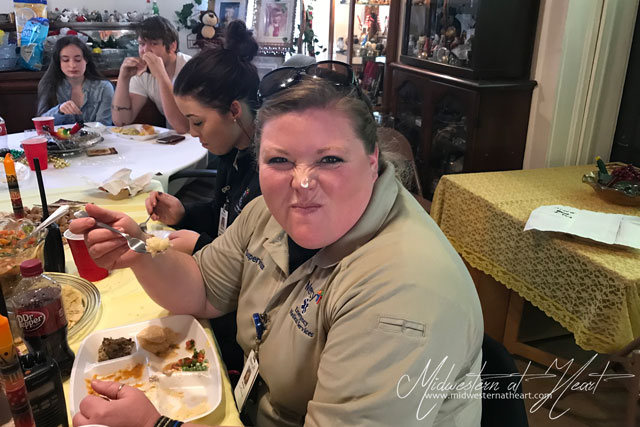 Hubby’s cousin is a Paramedic and had to work, but she and her partner were able to drop in for a few minutes and eat. Just as they were about to think about dessert they were called out so off they went. But not without first a bit of a food fight. There may always be a food fight between my husband and his cousin Ambyr. The one that happened at my sister-in-law’s wedding was quite interesting. Especially since we were outside taking photos and see those two blow out of the barn (the wedding venue) after each other.

Even funnier was earlier in the day I saw a picture come up on TimeHop with the whipped cream on hubby’s nose instead of hers. 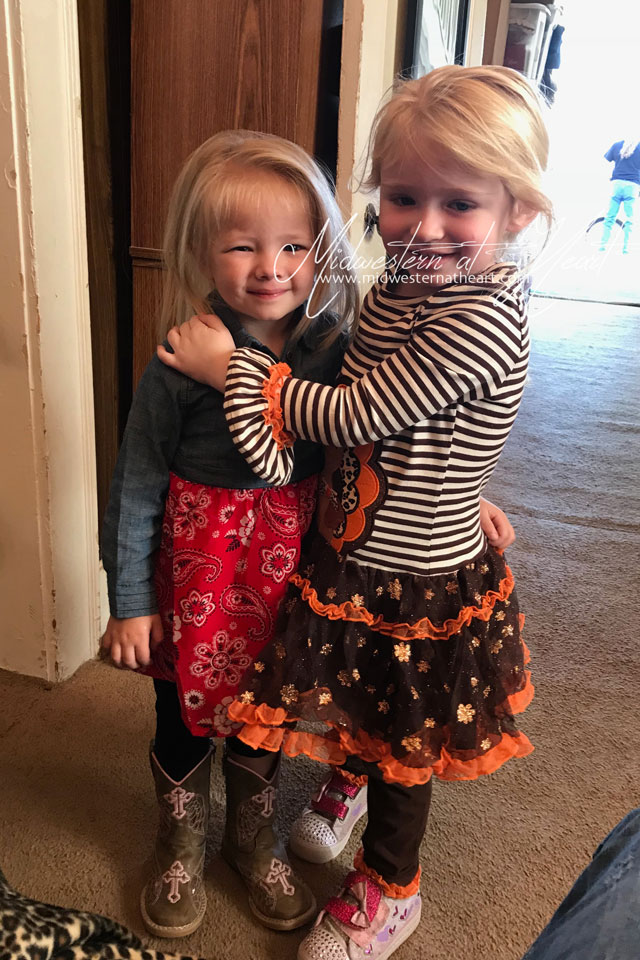 Just as we were leaving, these two needed a picture together.

But alas, we were headed home to get our Thanksgiving dinner ready. Hubby made plans to smoke/grill the turkey this year. It was a tad bit windy so he had to stay outside and monitor the grill thingy to make sure the turkey wasn’t overly done or underly done. Like those words? 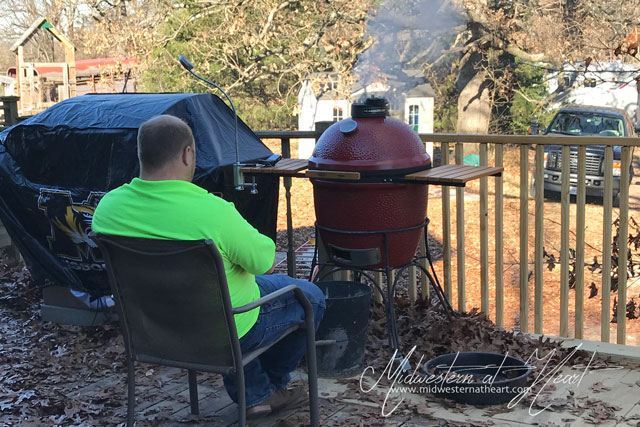 This year we stumbled across something to make my life so much easier! My Bacon Wrapped Green Beans can, in fact, be made in the slow cooker. WHAT?!?! Mind blown! The bacon got done. They didn’t burn. And as a bonus, it didn’t tie up the oven so I could bake other things. Plus, the green beans just came out amazing. It all stems from the fact that dad asked if it could be done so he could take them to work. So a week ago we tried it and it worked. AMAZING. 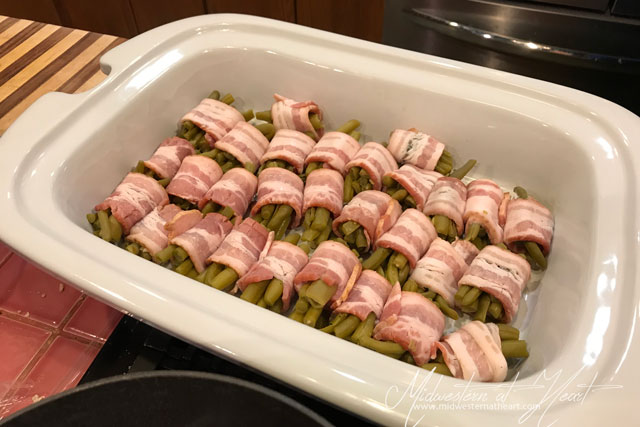 If anyone knows Julia Child she wear’s pearls when she cooks. I made sure to wear mine while I was cooking Thanksgiving dinner! 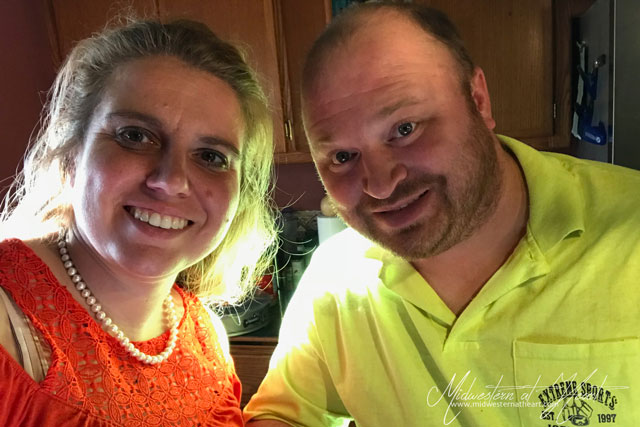 We planned on eating at 6 pm. The turkey was ready to come off around 5. Hubby was worried because it came off so early, but he made a foil tent and let it hang out for a while and let me tell you, this turkey was so juicy and tender. He’s finally gotten the hang of the Kamado Joe grill. 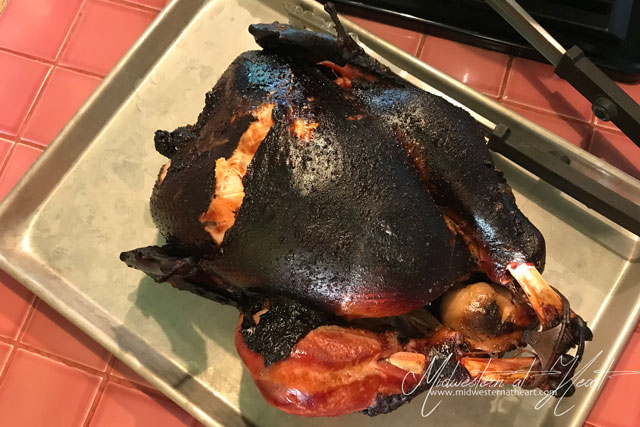 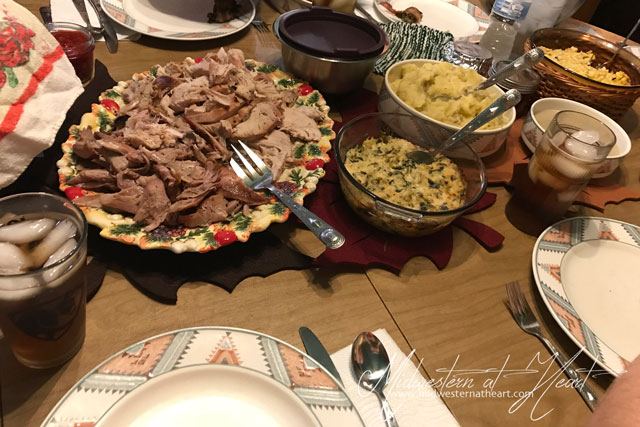 Then I made a Pecan Pie with chocolate and an Upside Down Pear/Gingerbread Cake. 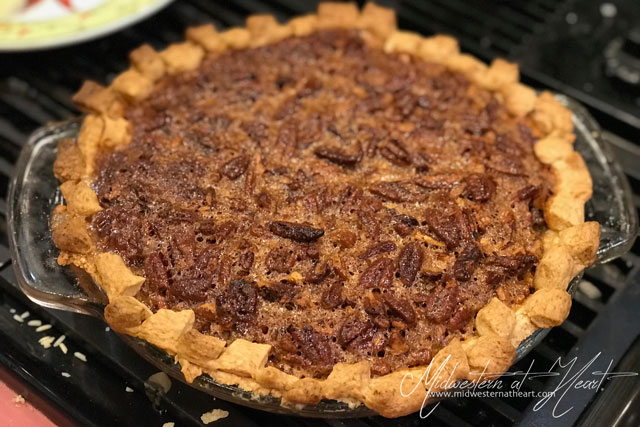 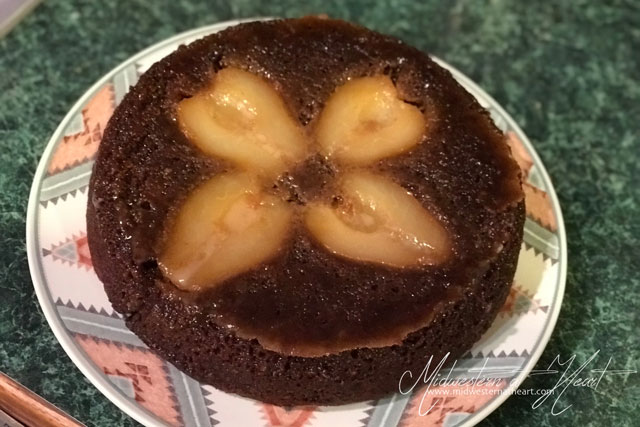 And that my friends was our Thanksgiving. Maybe not that Hallmark Thanksgiving, but it was darn fun for us and that’s what mattered! 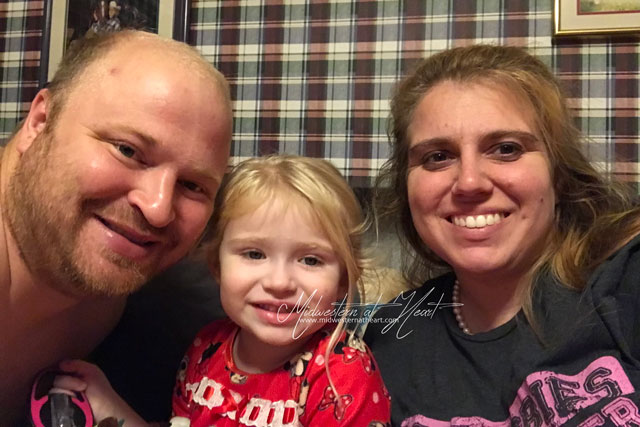 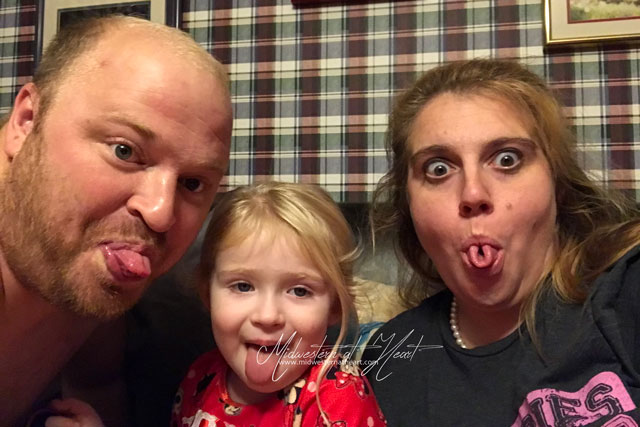 Fish City Grill and a Girls Day Out
Mudflap
When it Rains it Pours
Halloween & Pumpkin Carving... Not in that order....