Okay, I finally sucked it up, and decided it was time to admit that we had Abug’s first birthday party. Excuse me while I pick myself up off the floor because my baby is 1. Okay… so… we had her first birthday party. Originally we were going to have a family party on her birthday and then a party the next day at a friends house for all her friends.

In a change of events, we had her friends birthday party at the lake. Hey that’s one of the great things about summer birthdays!

Sadly I was sick for most of this birthday. Ugh! So I didn’t help much in food prep other than doing her birthday cake. So while everyone else was preparing dinner, Tbug and I took Abug down to the water for a little photo shoot in her 1 year old birthday dress. 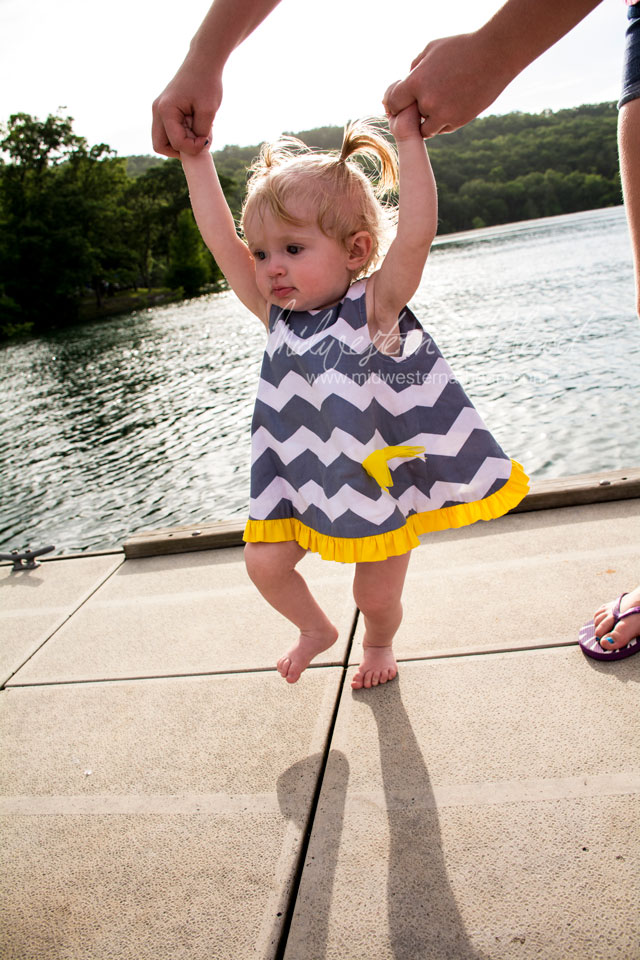 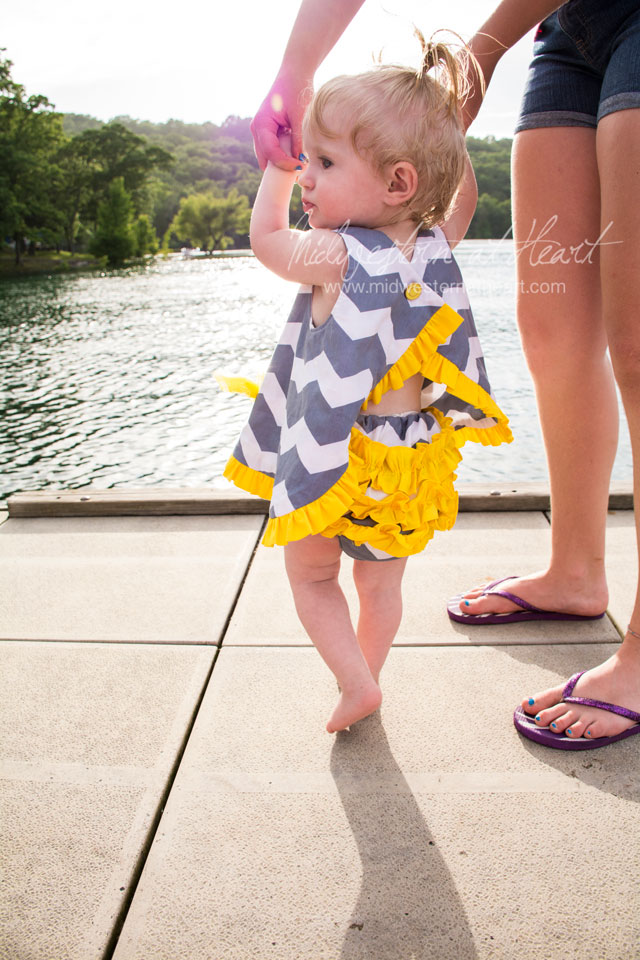 These two have the most unique bond and I absolutely LOVE it. I was always worried, especially after a conversation Tbug and I had when her dad and I were first married, but these two absolutely LOVE each other. 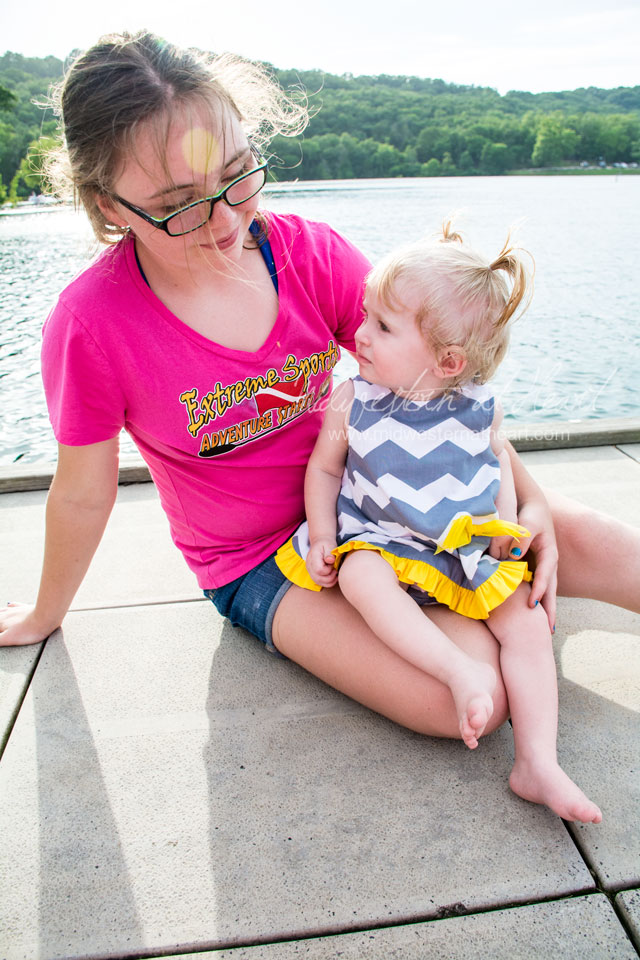 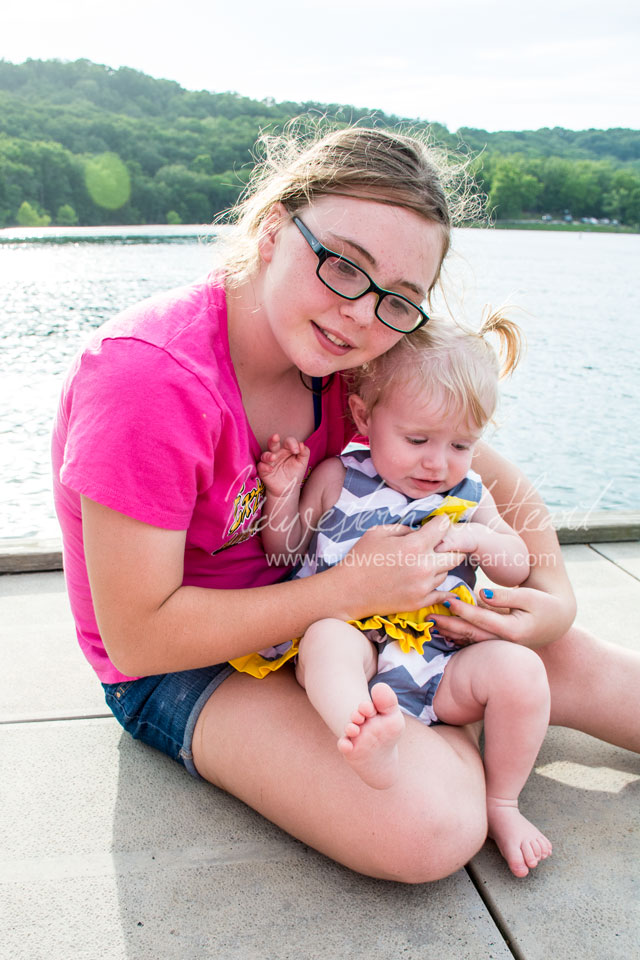 Meanwhile back at the campsite Hubby, Rachele and Lee were cooking dinner. Rachele, Doug and Deb brought shrimp for a Shrimp boil. It was shrimp, potatoes, sausage, corn, mushrooms and I don’t know what all. Then Hubby and I added burgers in for those who didn’t care for shrimp. 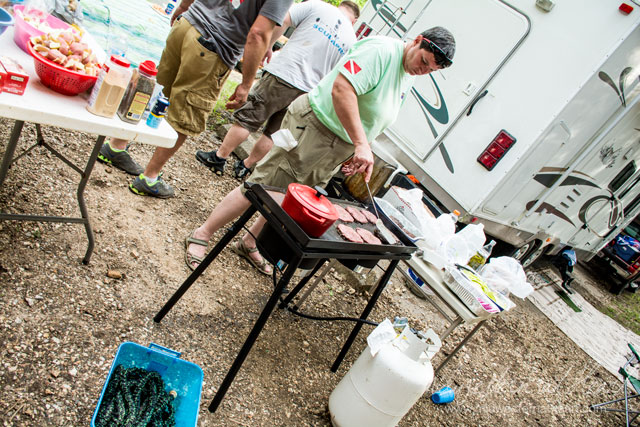 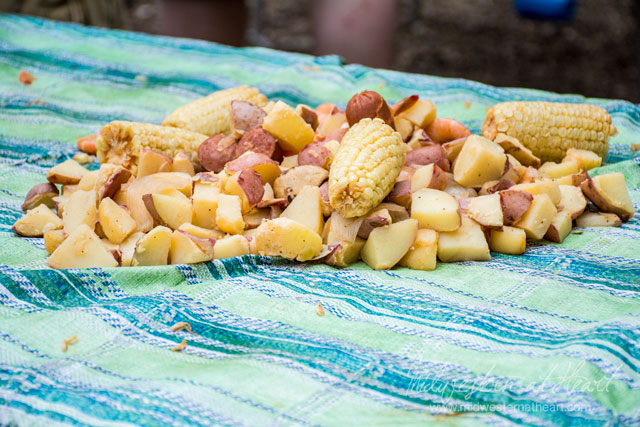 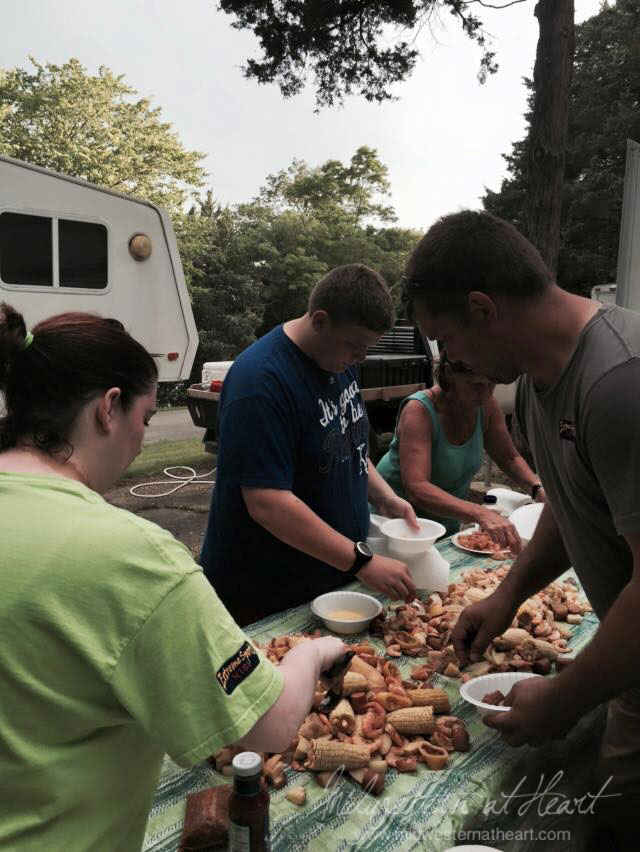 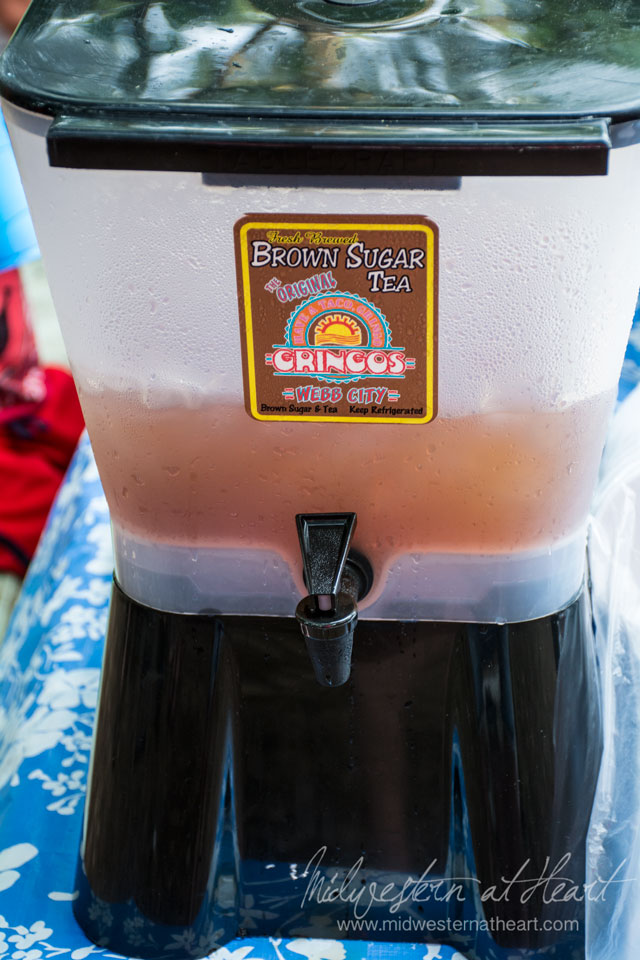 Being outdoors and at the lake I didn’t do too many decorations though.  These balloons were actually lit balloons but you couldn’t see the lights in them until later at night. Grady said they were freaky at night. I was so sick I forgot to look. Then there was a Happy Birthday Banner. Besides that I did up a chalkboard with baby girl’s stats and that was it for decorations. I was a #pinterestfail. 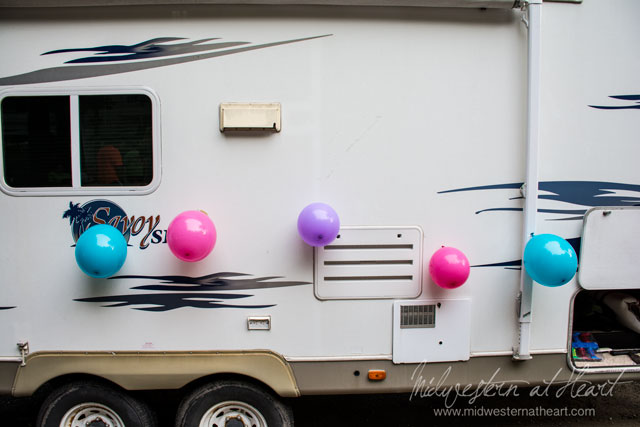 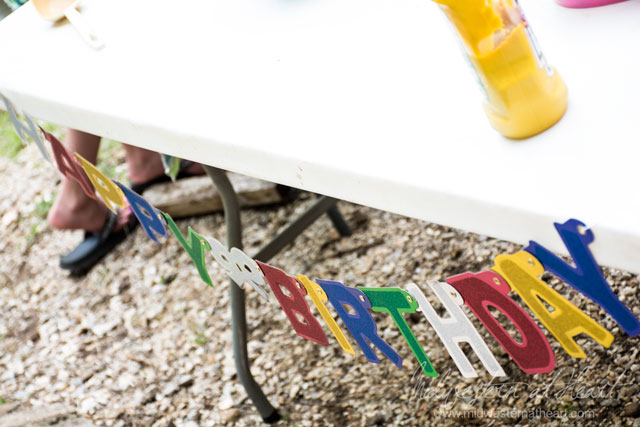 Then it was time to unveil baby girl’s birthday cake. So she got cupcakes. There are 24 cupcakes per horse which made 48 cupcakes. A friend misunderstood me and said that wouldn’t be enough cupcakes. She only heard 24, not 24 per horse. So I went ahead and made another batch and wound up with 69. Then there were LOTS of leftovers. 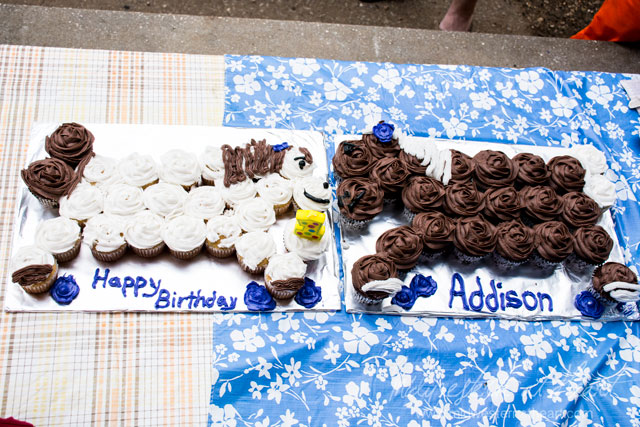 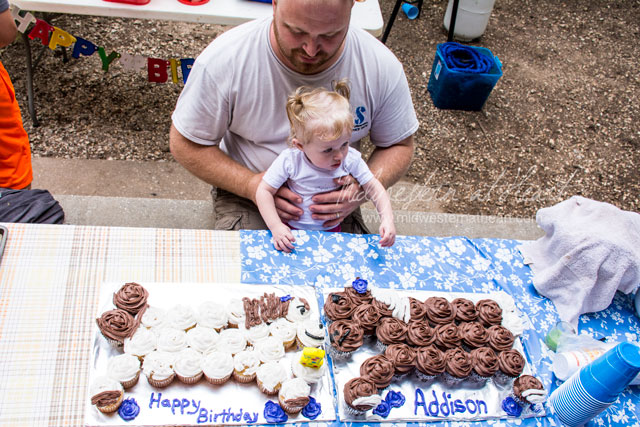 We gave baby girl her own cupcake and she daintily ate it. It was so stinking adorable. By the end she had crumbs and some icing on herself but for the most part she wasn’t that dirty. Our friends camper has a shower on the outside so we used that to just give her her nights bath. warm water, soap, it’s all good :). 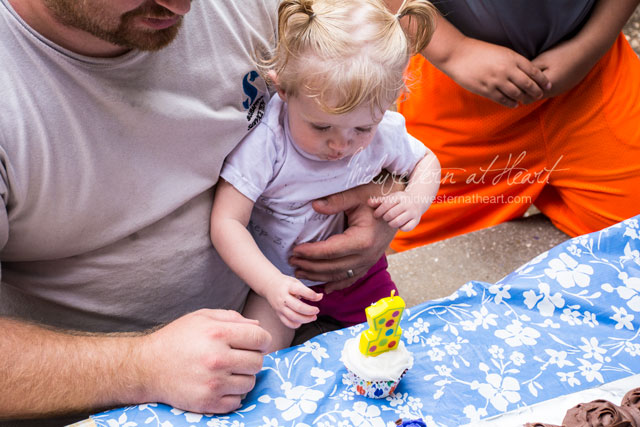 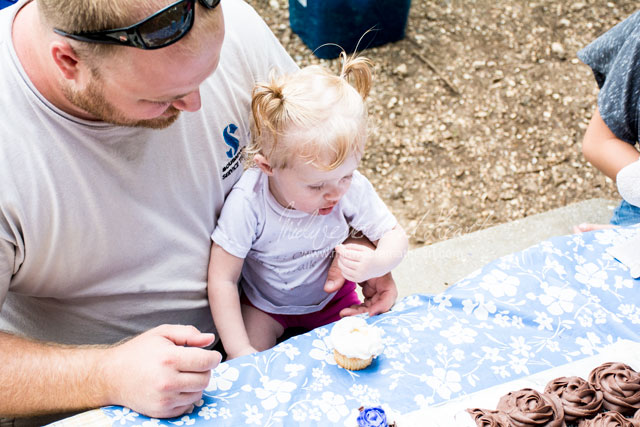 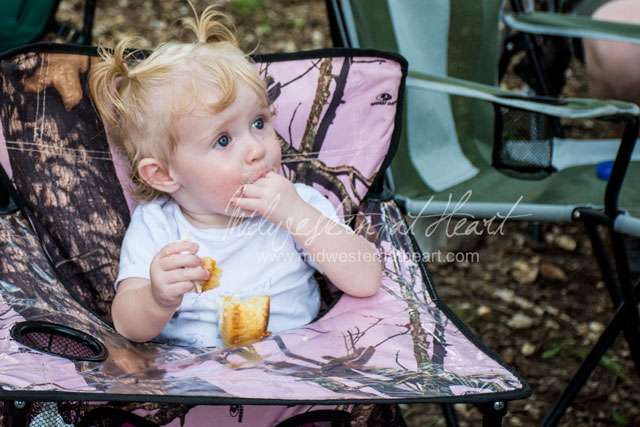 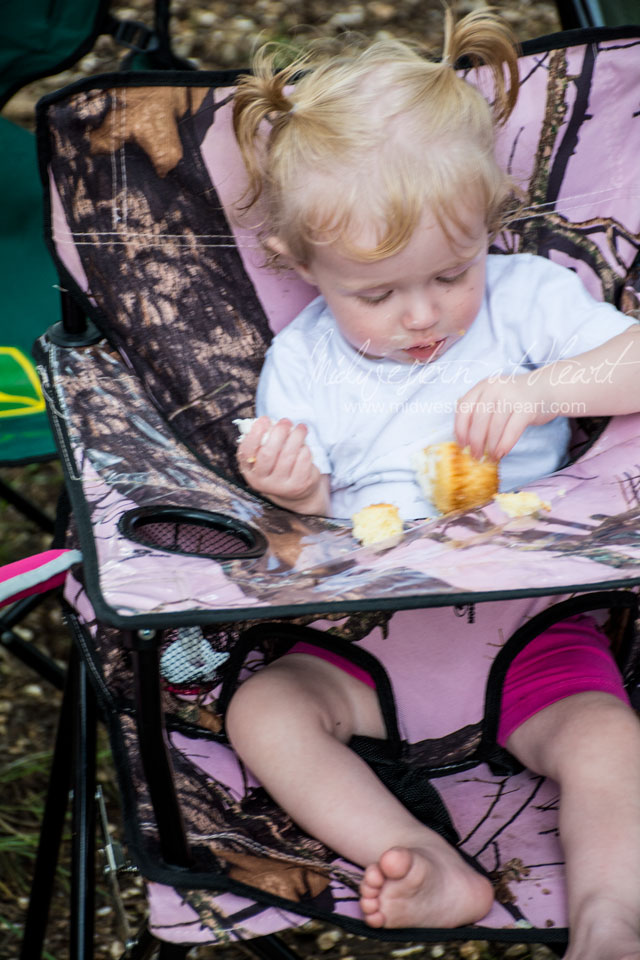 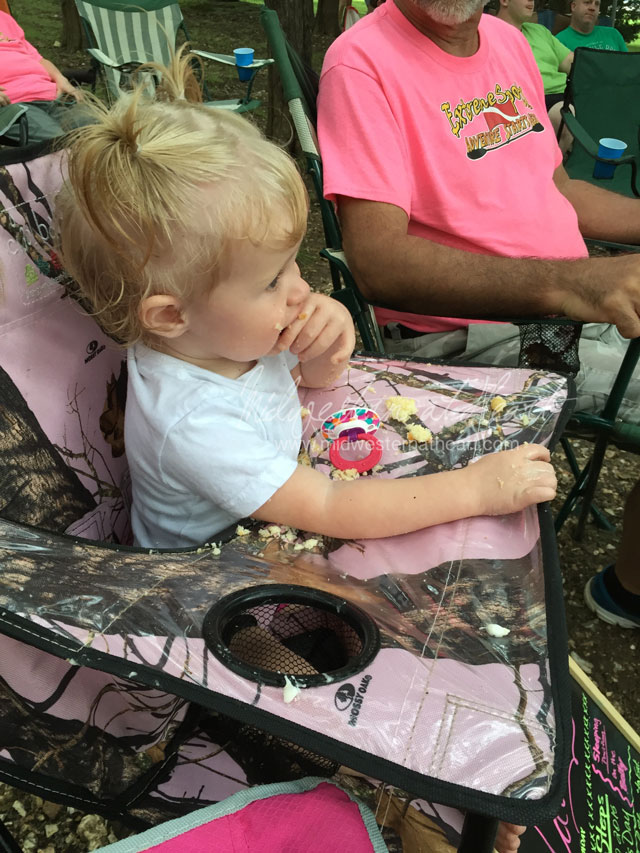 Although presents weren’t required, she got some really cute things. She got a new outfit, a Chief’s Sweatshirt (ready for the games this fall!), a baby doll (not pictured, don’t ask why, #bloggerfail), swimsuits (again not pictured #bloggerfail number 2) and a book. 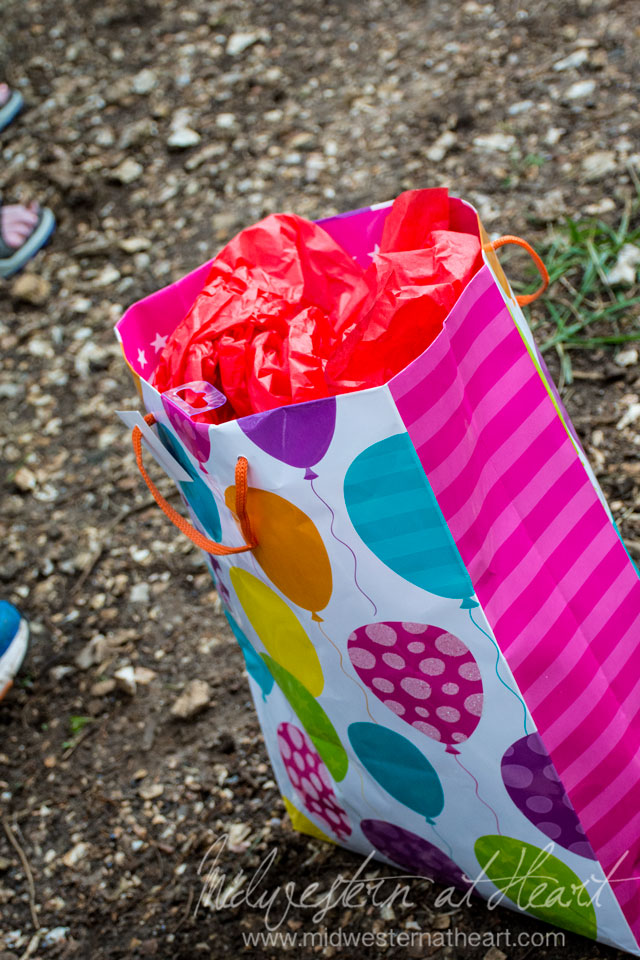 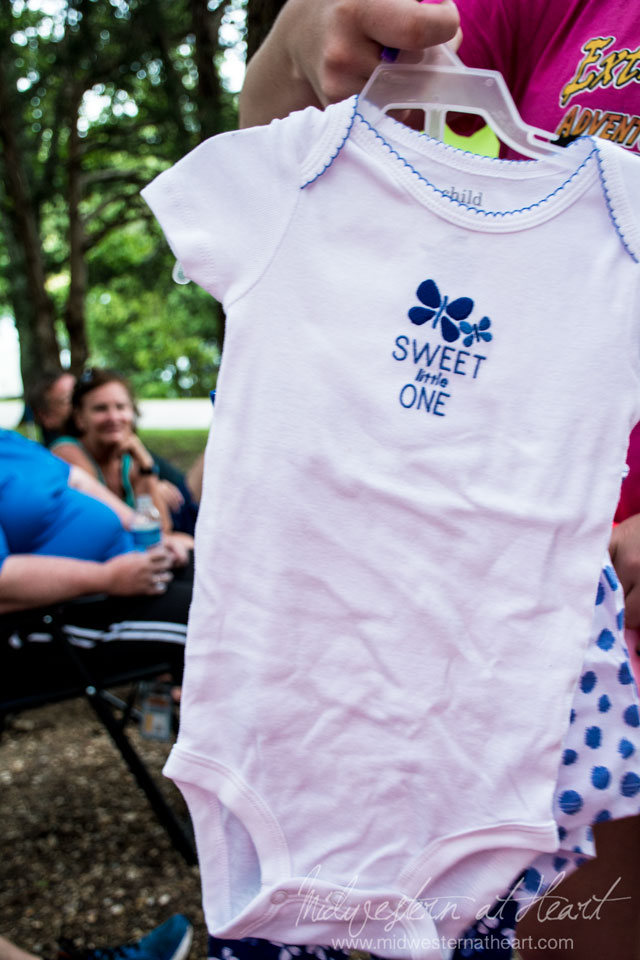 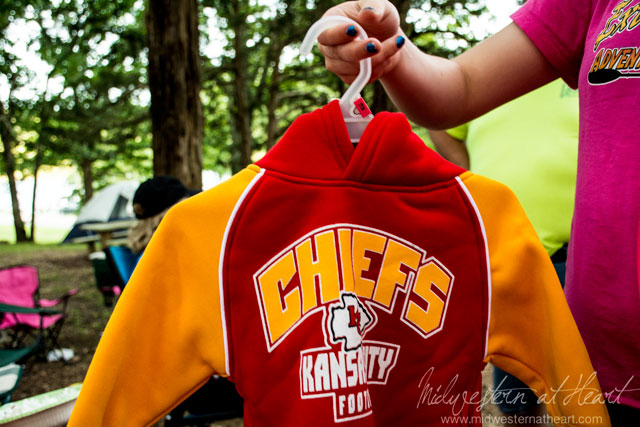 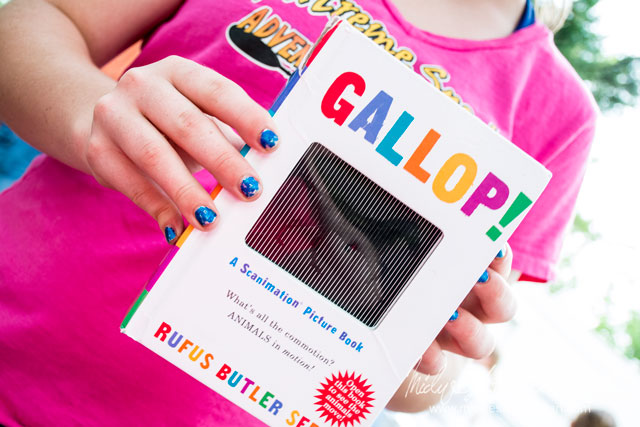 Even though it wasn’t pinterest worthy, it was definitely a good birthday!

I Want to be a Kid Again!!
Pancake Feed
Maternity Photo Shoot Outtakes
The Kids Won