Normally when we go to Ft. Worth we eat Mexican food pretty much for every meal… or at least TexMex. I mean you’re in Texas after all, right? This year was different though… I mentioned that we always eat at the same places when we’re down there so my mom made it a point for us to eat at different places.

The last night we were there after the finals were over, we were trying to figure out where to go have dinner when it was suggested to go to Pappadeaux. Now there’s a couple, but we wound up at the seafood kitchen. Not being a huge fan of seafood I told them no problem, I’d find something to eat which I did. 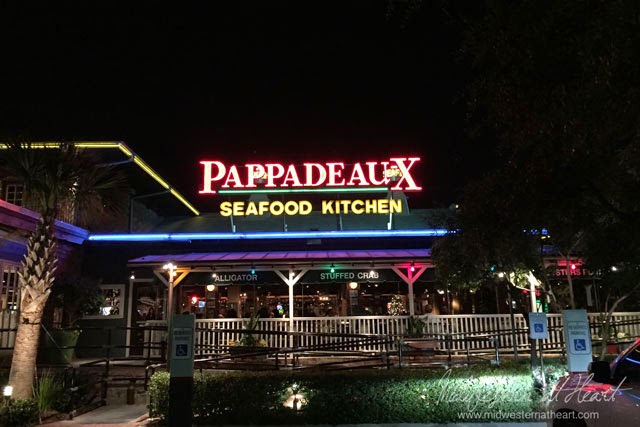 We entered the restaurant and they seated us. Said it had been a crazy night. When the waitress got to our table and we asked how she was (after she asked us of course) she told us not very good she’d been lied to. Then the service wasn’t terrible, but it wasn’t outstanding either. I have a feeling she was told she could go home and then they seated someone at her table? But I’m just guessing.

Hubby and dad ordered the Fried Shrimp and Fried Catfish Fillet plate with french fries. They were extremely impressed. 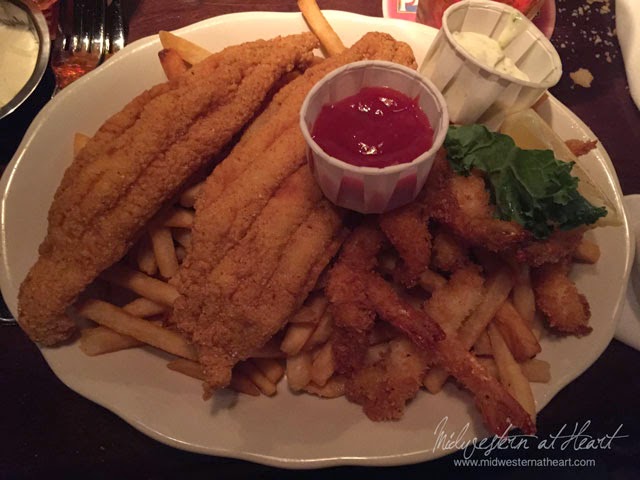 My dinner actually came off the lunch menu. It was funny because I was having trouble finding something that sounded like me, then I saw Chicken Linguine Picayune. Linguine tossed with grilled chicken breast, mushrooms, spinach, broccolini, garlic & extra virgin olive oil. I asked if they had anything on the dinner menu like this, the waitress said I could have it anyway. 🙂 Apparently, she was having a bad night but it worked out for me :). Thank you! 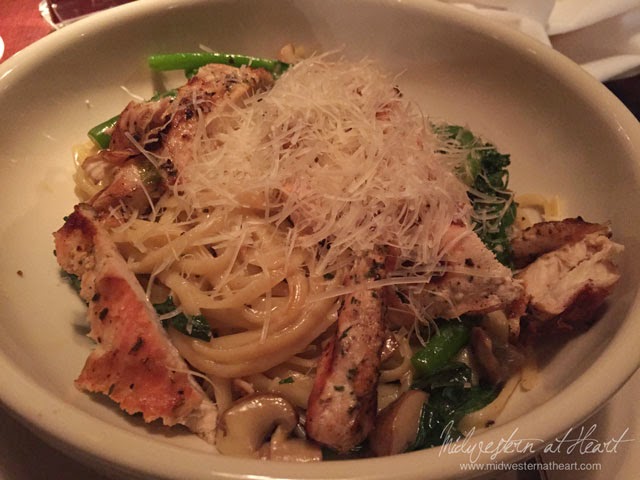 And apparently, I didn’t take pictures of my mom’s food… Sometimes it happens :).