The Friday night before we left for St. Louis, there wasn’t a whole lot of food in our house, you know since we were going on vacation for a week.  So we decided to head to town and grab a bite to eat.  As we were driving around we were debating on what we wanted to eat when I suggested Pizza.  We went through all of our options and eventually wound up on heading to Joplin and eating at Woody’s Pizza, not to be confused with Woody’s BBQ in Webb City, just to clear that up :). 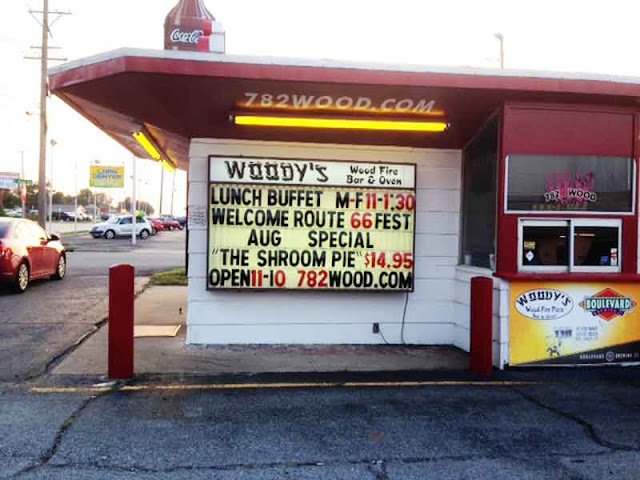 As you can see, they actually cook your food in a wood fire grill behind us.  The place doesn’t seat that many patrons, but there is also an outdoor patio area as well. 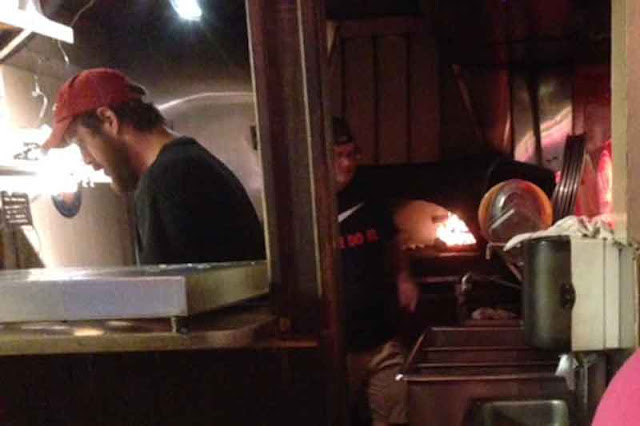 One thing I noticed is that used to when we’d leave this place, being a bar we’d smell like smoke.  While we were sitting there I noticed that I wasn’t smelling the usual smoke smell.  I noticed a sign on the wall that said they had been a smoke free establishment since April of 2012.  Sweet. 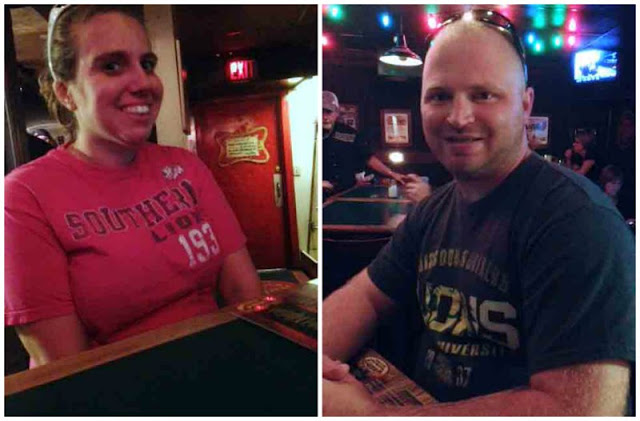 We started off with an order of stuffed Mushrooms.  The mushrooms were stuffed with cheese and sausage.  Then there was tomatoes, black olives and basil tat you could eat with each bite. 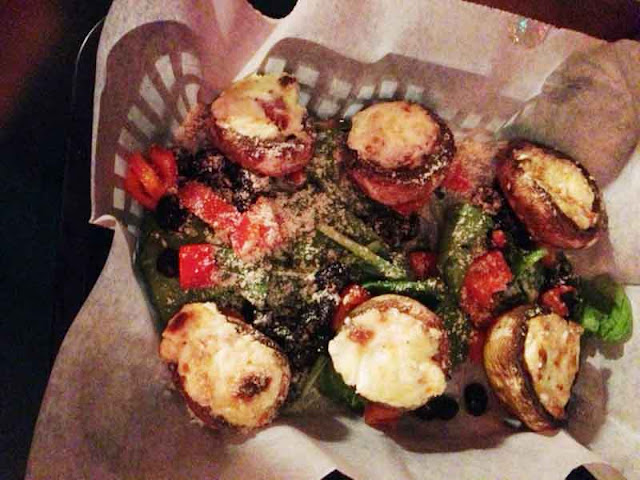 One thing about pizza is I like to drink coke with Pizza.  I know most people think beer, but again, I’m not a beer fan so Coke is my go to when it comes to pizza. 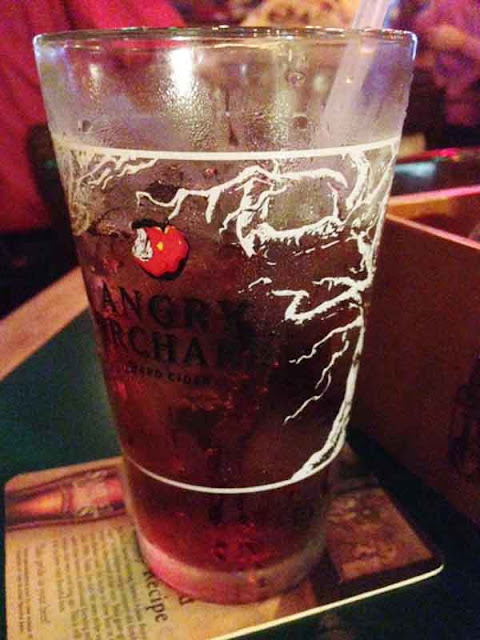 We ordered the Chicken Cordon Bleu pizza.  It had a white sauce base, chicken, Canadian bacon, and Swiss Cheese. 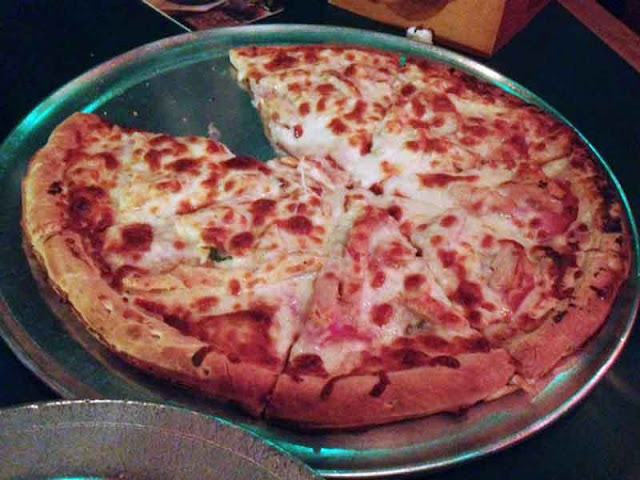 When we first chose our pizza hubby wanted to go with a red sauce base, but then we chose this one instead.  This was totally worth it!  We wound up taking 4 pieces home with us and that was breakfast the next morning when we woke up.  Yup, I think it’s A-Okay to have pizza for breakfast :). 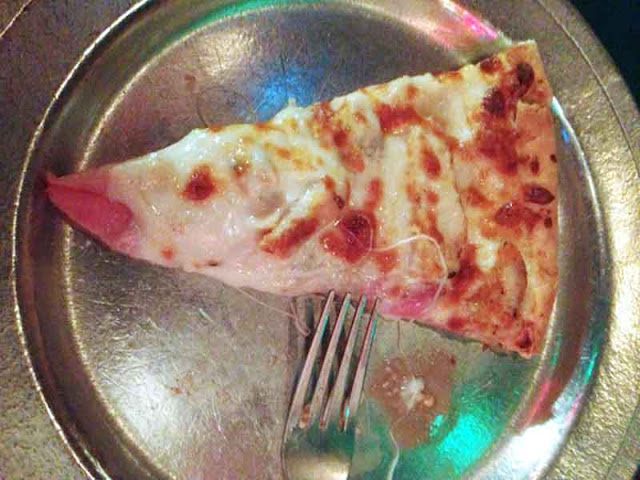 P.S. have you checked out the Giveaway going on right now?  Make sure you do!!!