After we left the Water Park down in Branson, we decided we were hungry.  While we were in the park we decided that we would just leave around 2 and go get something to eat on our way to our hotel.  We ate breakfast that morning as we passed through Springfield and weren’t going to be eating dinner until later so it worked perfectly.

As we were driving down the main “strip” of Branson we saw Shorty Smalls and decided we loved it so much in Oklahoma City that we’d just eat lunch there. 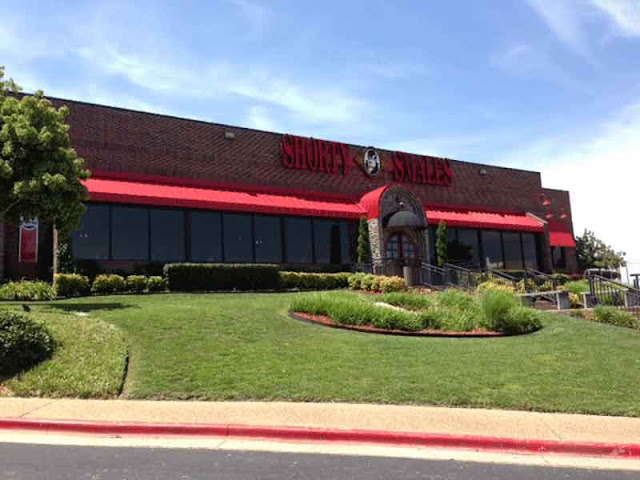 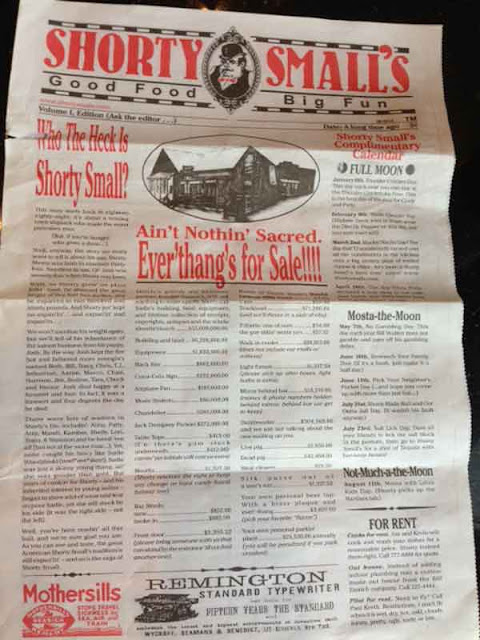 Tbug went off the kiddo’s menu and went with a Cheeseburger and Fries. 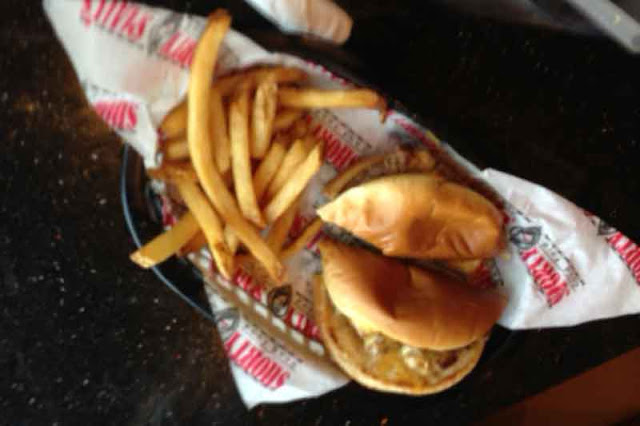 Hubby went with the World Famous Catfish Dinner which came with a side of French Fries, Slaw, and a cheddar biscuit.   He really liked it, all I ate of his though was a French Fry and his biscuit. 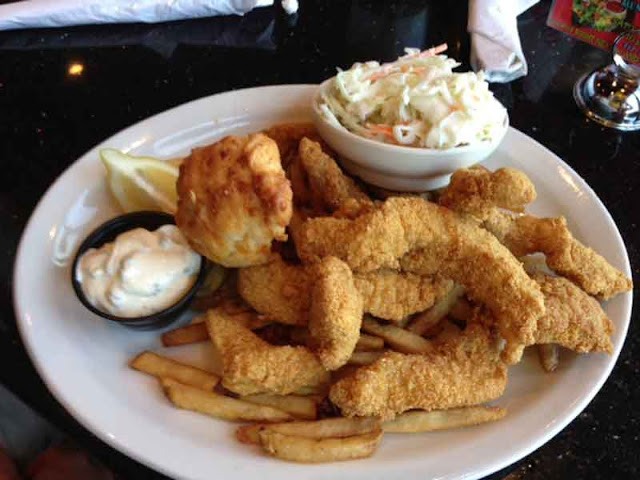 I went with the Macho Nachos.  It was tortilla chips heaped with spicy beef, jack, and cheddar cheeses. topped with diced tomatoes, jalapeño peppers, lettuce, and sour cream.  I asked them to leave the beans off of mine because I don’t like beans.  Talk about Yummy!  I wanted to keep eating and eating but decided I was full and it was best if I stopped eating before I made myself sick. 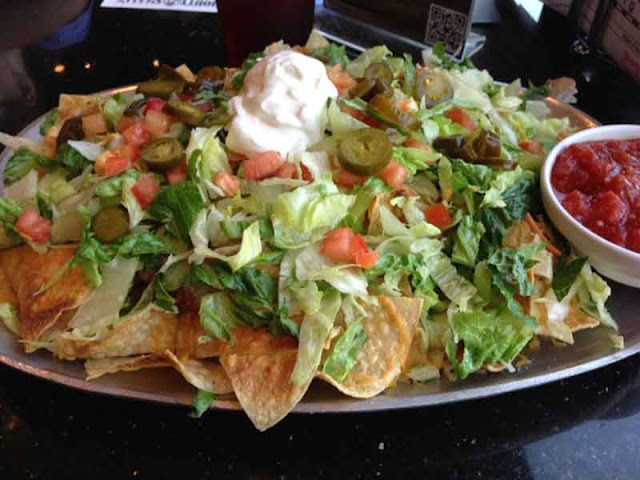