So here’s a little fact… Around these parts, for us anyway, Wednesday = Donut Day. It is something we’ve been doing for at least a year now and I have no idea how it got started. All I can tell you is it did. For a long time Abug would even remind us… and while, no she didn’t know it was Wednesday per say, things clued her in that she should be having donuts.

While we were down there, I mentioned in passing to my mom this little fact. So Wednesday morning we went out on the hunt for donuts. The day before one of the ladies gave us a “tour” guide book and we had a second one, so one read through one while the other read through the other. Funny how that works, huh?

Mom picked out a donut shop there in Monroe, we went and they were closed. As in, closed, for sale, etc. So I got out the book, found us one over in West Monroe that was only 2.7 miles away (where as another one in Monroe was 4.7 miles away. See very closely connected!), we plugged Haskell’s Donuts (413 Thomas Road, West Monroe, Louisiana) into the GPS and away we went. 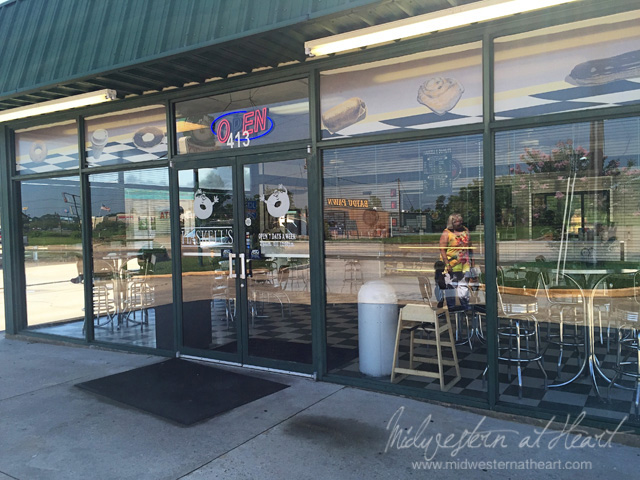 When we got there, we decided to order Abug half a dozen glazed donut holes. I thought the ones with chocolate icing looked good so I ordered half a dozen of them. 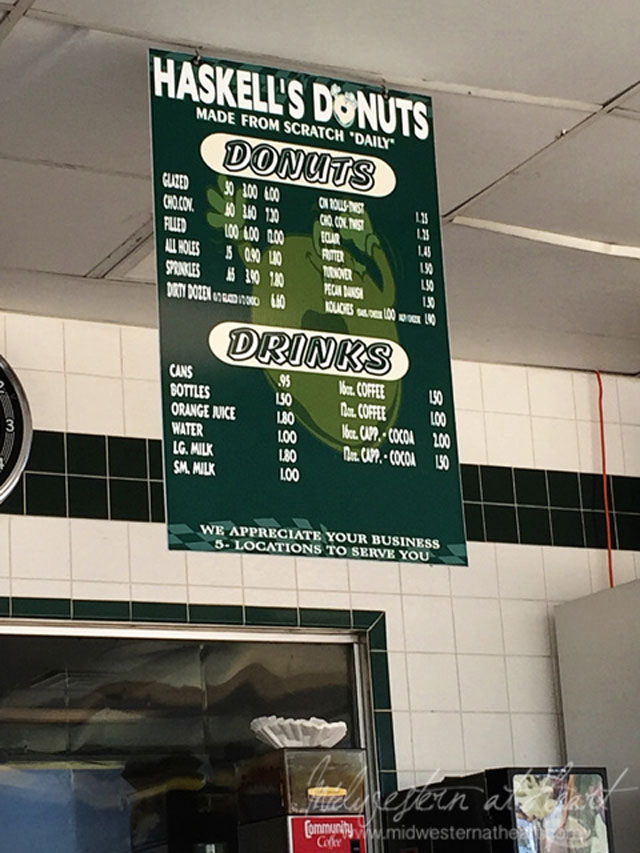 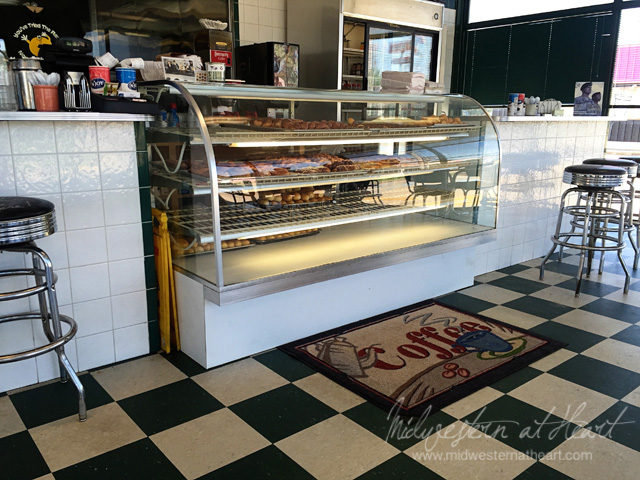 I must admit, the glazed donut holes were better. These donuts were so good in fact, on Thursday morning we had donuts again, but also took back half a dozen glazed donuts for hubby to try them. Granted he didn’t get them fresh, he got them a day old, but I had one or 2 😉 and they were still pretty awesome. Around home we have a Daylight Donuts that I think is the best… sadly these out rank those. 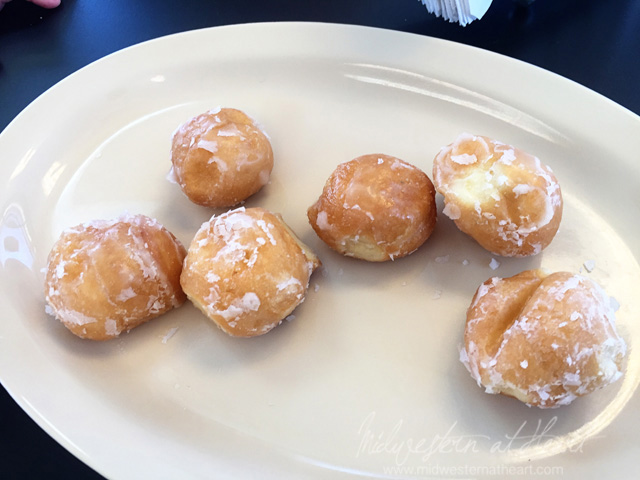 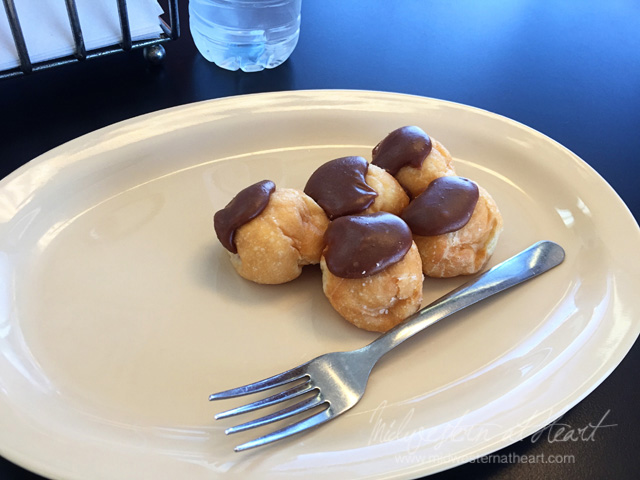 Abug approved and was completely satisfied with her donut fix! 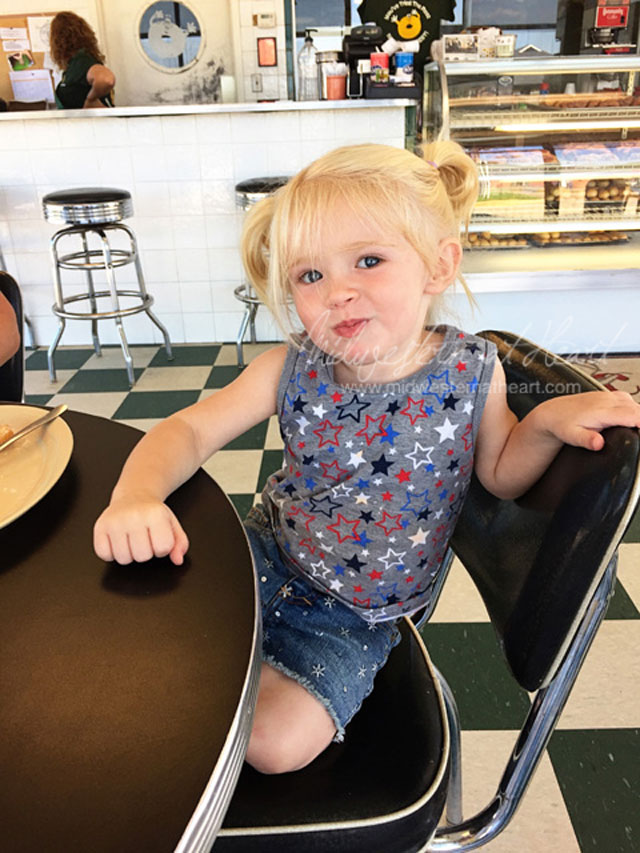 While we were sitting there eating, my mom started looking around and noticed that this is the donut shop where on Duck Dynasty they had their donut eating contest. Then she noticed there were pictures and even an Uncle Si in the corner at a table. (I wondered if that meant that table was reserved for him???). We giggled because it was just happen chance that we found this particular donut place. 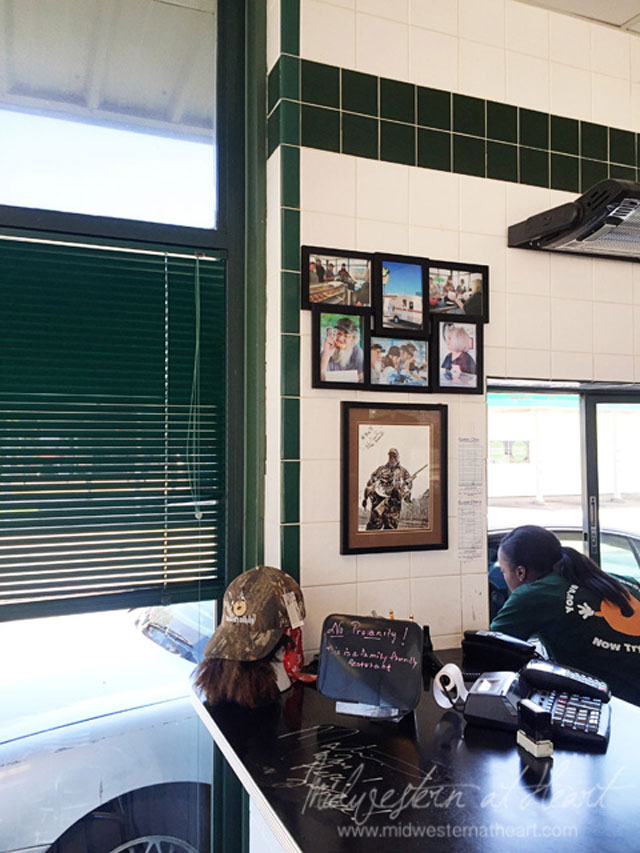 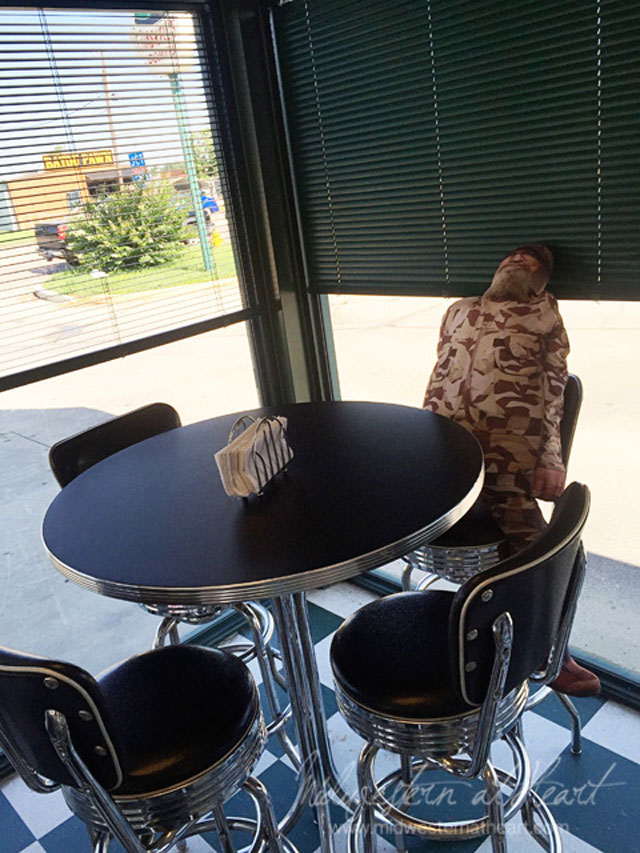 From the Donut shop we went back to Monroe to head to the Louisiana Purchase Gardens & Zoo (1405 Bernstein Park Dr., Monroe, Louisiana) 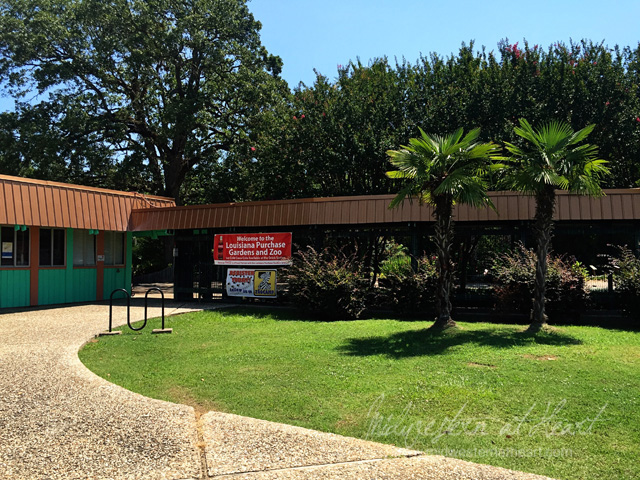 The day before at the Children’s Museum, one of the ladies that helped us find the fish location said that the zoo wasn’t all that interesting. Way to sell it. ha! She did say they had a new splash pad, and let me tell you, it would totally be worth it to just go to that splash pad. We didn’t take Abug’s swimsuit so she could, but I kind of wish I had. Anyway… back to the Zoo itself. For an outsider coming in, we thoroughly enjoyed the zoo other than it was Hot. Hot. Hot. We wished that we would have gone the day before when it was much cooler. 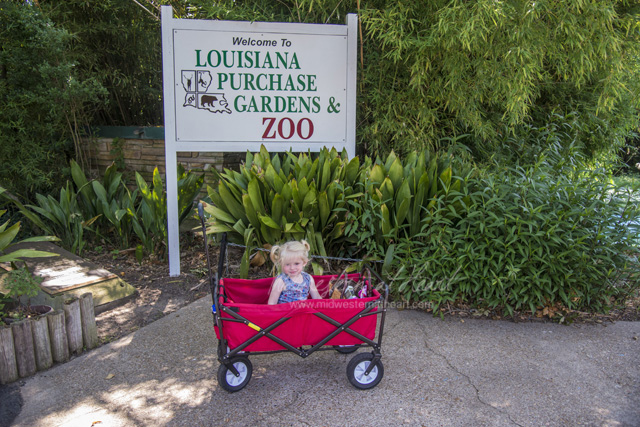 So many beautiful plants around! 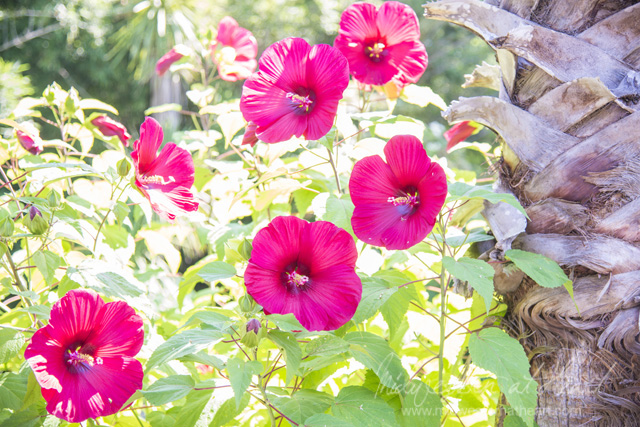 I also learned my downfall in photographing (we all have them) is/are Zoo animals. These are Pink Flamingos that Abug is looking at. 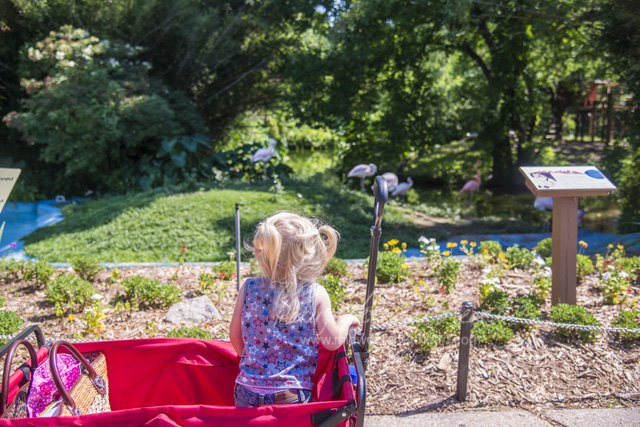 Right after this I ran into the gift shop on a mission to find 3 things. I found one. My one disappointment about this part of Louisiana anyway is the fact that they don’t have ornaments with Monroe &/or West Monroe and they don’t have picture frames. At our house, we do an ornament, a picture frame, and a picture for that frame on trips. I had to settle for a picture of us by that state of Louisiana Rock and a plain frame. I did find an ornament at Duck Commander so that worked too… I just was sad. I know, it’s the little things, am I right? ha!

The third thing I went for at the gift shop was a pair of sunglasses. When I got in there I found Abug a pair of sunglasses and went to pay for them. The gal working was on her cell phone talking about dinner that night. I stood at the counter a couple minutes before she finally got off the phone. Then she asked if I had correct change, otherwise I had to sit there and wait for her to count out her drawer. Initially I didn’t have exact change, but they turned out to be $2.20 with tax so I started digging because I didn’t want to have to wait any longer. I found $2 and a quarter so I told her I’d give her that, and put the 5 cents in the donations jar they had on the counter. Then she had to handwrite what I bought down. Instead of just writing that down and letting me get out of there, no she had to fill out the date/time/weather, etc at the top of the page first. I was never so excited to get out of there. And then, I couldn’t even convince Abug to wear the sunglasses. #fail! 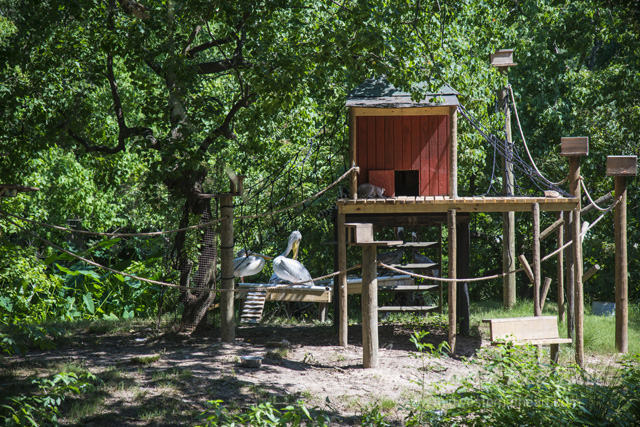 They had a little kids petting zoo, although I really think that big kids could go in too. They just called it the Children’s barn yard. 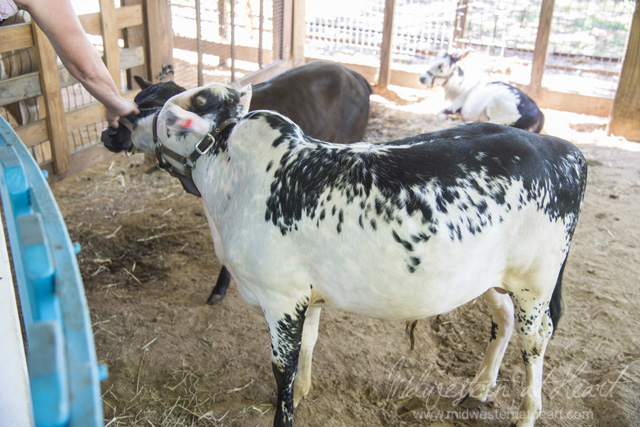 The monkeys were talkative. Boy were they ever talkative. Oh and you might know these 2 monkeys…. 🙂 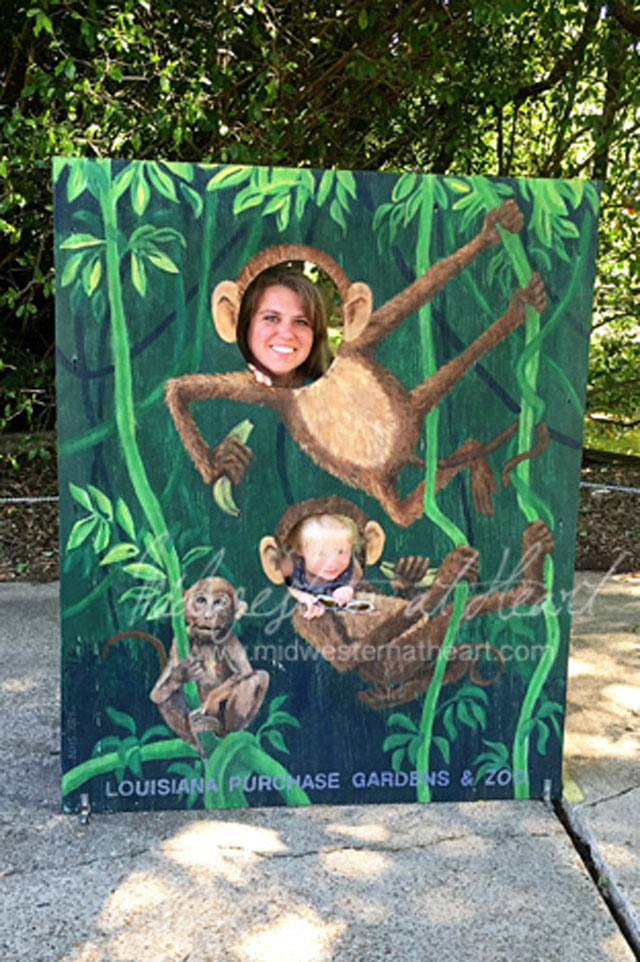 I should mention they were talkative until we got to them. Then they were quiet. I really think Abug enjoyed the monkeys. 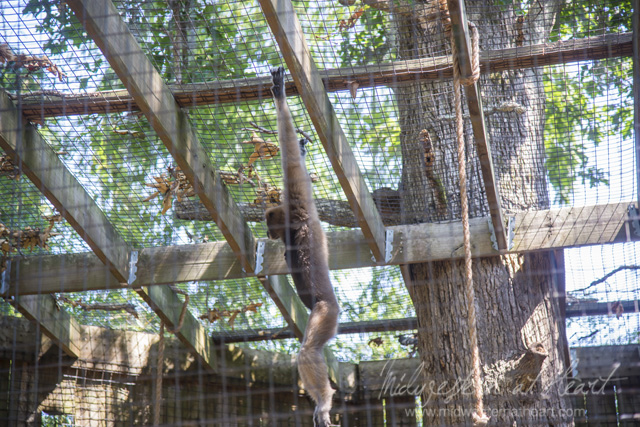 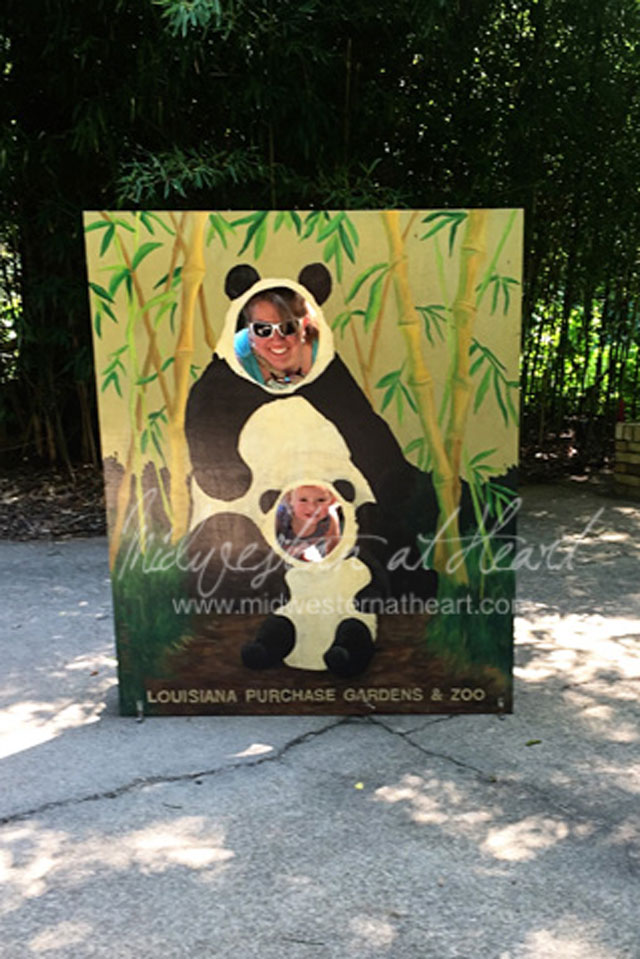 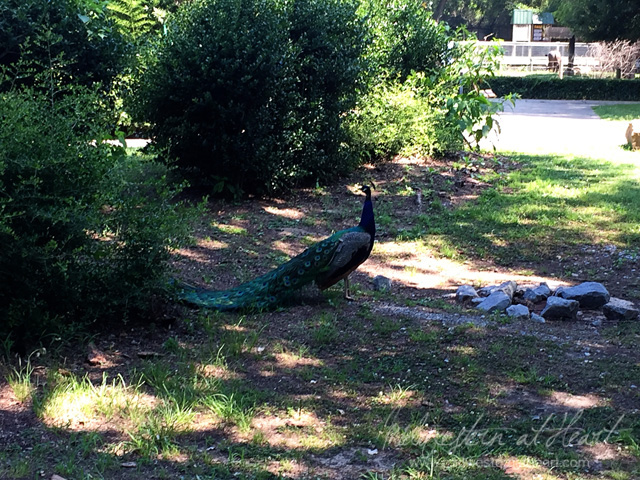 Now remember when we were in Cozumel and found that really weird animal? Well, go figure, they had one in the zoo. This is what I think that one was. 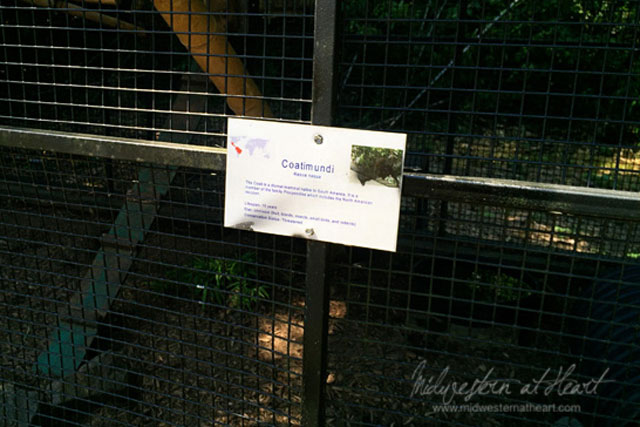 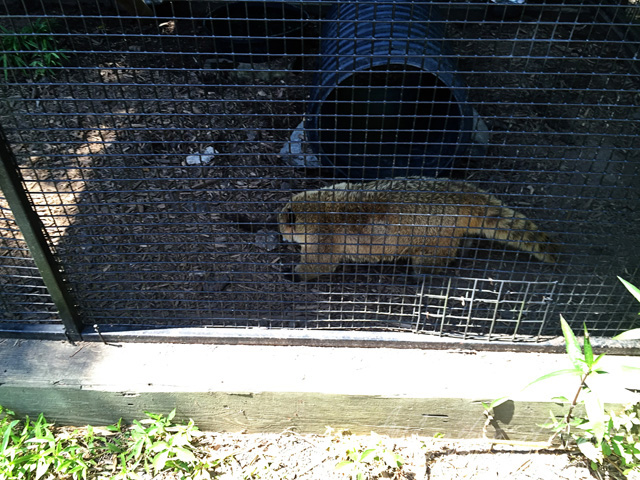 Then we went on a search for the Hippos. Boy those things are massive! 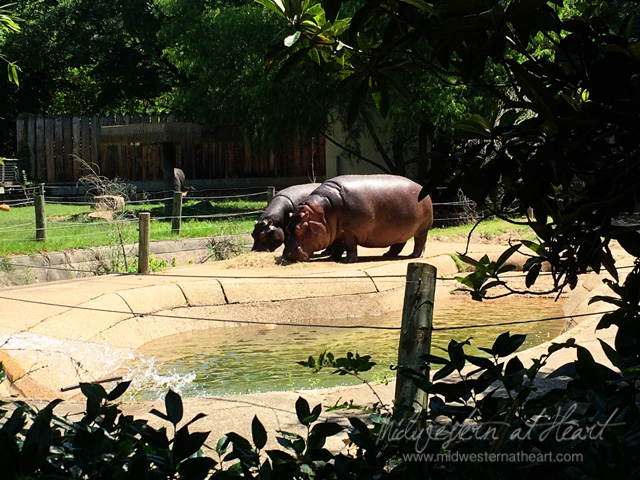 It was hot and humid. Boy you have no idea… so we decided after we found the Hippos to go ahead and go back to the car and cool down. I took Abug’s fan mister but accidentally left it in the car. We decided a place for lunch. After lunch we headed to the mall out by the hotel, again on the mission of hopefully finding a picture frame &/or ornament. No such luck. <sigh>. Abug was starting to get tired so she and I went back to the hotel. Mom stayed a shopped for a bit and then walked over to the hotel.

Eventually when she wouldn’t go to sleep and was getting extremely cranky, I grabbed the bubbles I brought and we headed for the pool area to play with bubbles. At least she had a blast doing that. 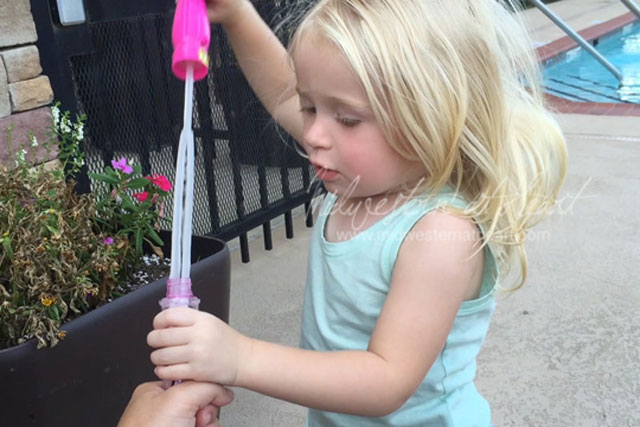 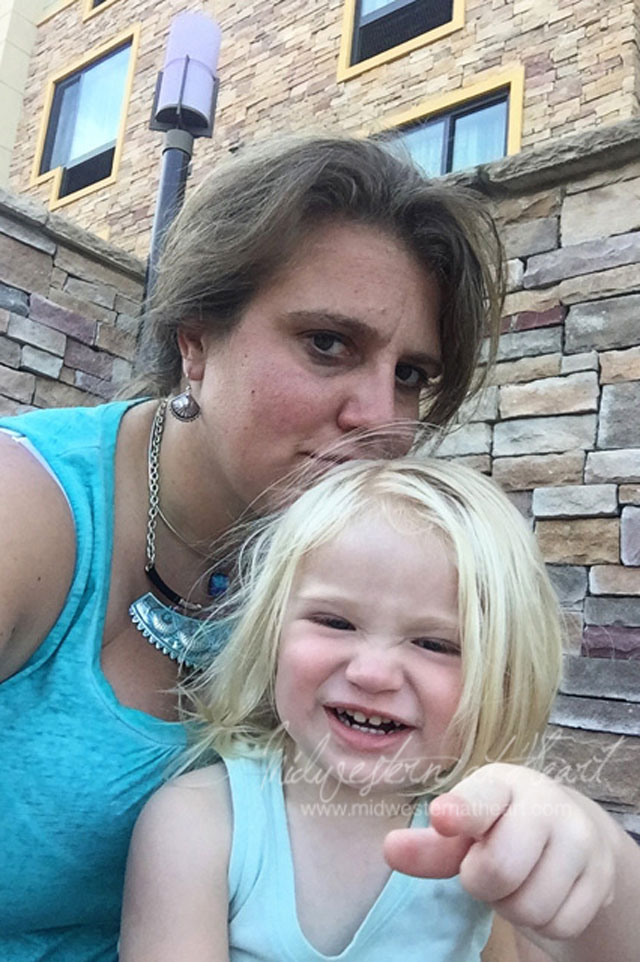 Then it was off to dinner. Then back to the hotel for bed.