As they say, Once a Gorilla, Always a Gorilla. 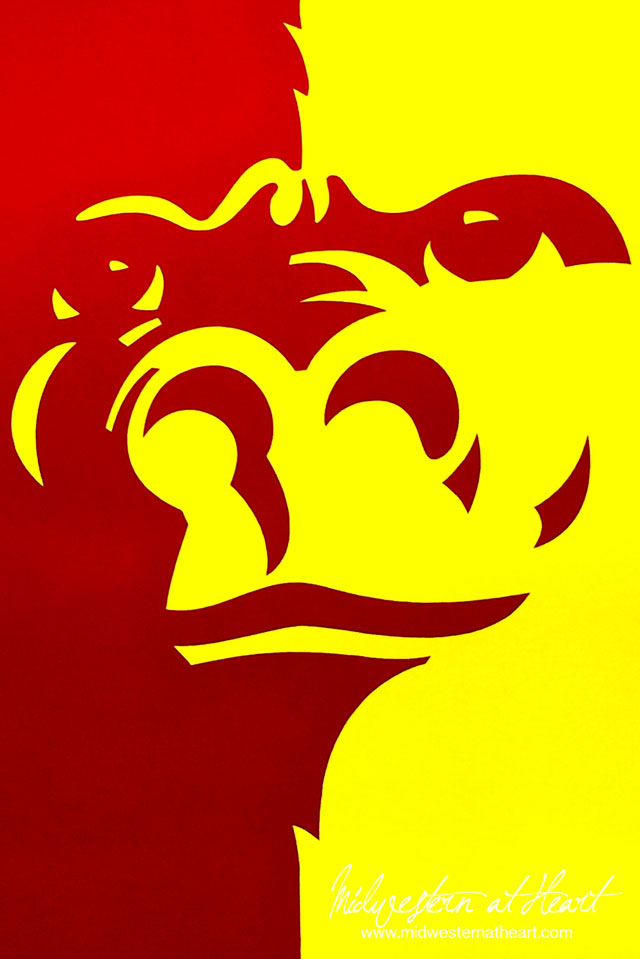 I hate to say it but I’ve taken more pride in being a gorilla these last couple of semesters than I did when I first started out on this journey. Sad, now it’s over. There were a few things I wanted to do that I didn’t, such as attending a football game (while a student). But I guess we all have regrets now and then.

I would say my biggest regret right now, not being more excited on Graduation day. Why you ask? Well I was waiting on results for comps and I was afraid that I didn’t pass which meant I didn’t technically graduate. I felt like a fraud and a phony. I also wondered in the back of my head if because I felt that way and was afraid I’d regret the feelings, if I wouldn’t actually pass comps. I did on both accounts… I also think I owe my family an apology because while they were extremely excited… my guilt took over and I kept saying, “I’m not real sure I graduated…”

That morning we got to the school early. I wanted to take a photo shoot, kind of like “senior” photos. It didn’t turn out exactly like I would have liked. Oh well… I still got some good photos. I wasn’t taking them, hubby was and I couldn’t convey what I wanted. Sad how sometimes you see it in your head but can’t get it in words. 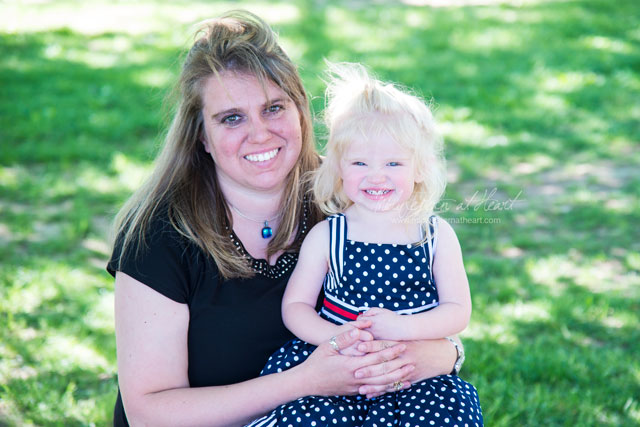 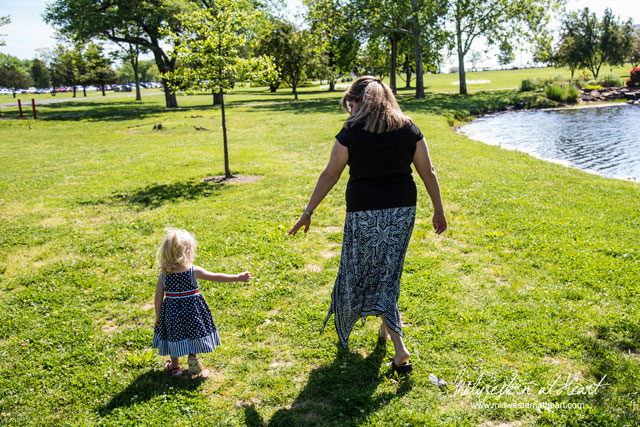 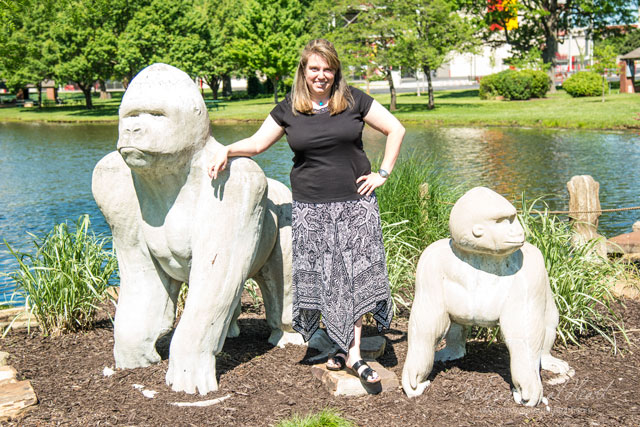 College graduation, as long as you get in the right group (graduate versus under graduate) there is no order. I sat next to a gal who was graduating with a Masters in Communication. Through talking to her I found out she served our country, now has 1 bachelor’s and 2 master’s and is planning on getting a PhD. She is also SCUBA certified. Very awesome.

During graduation they had the outstanding senior (kind of like valedictorian) get up and give a speech. She too was a communication major. I felt bad for her because she went to say especially and wound up saying expecially. A lot of people caught that too. But her speech was good other than that. She said something about meeting someone new every day so the gal I was sitting next to, she and I looked at each other and said, “Hi, nice to meet you.”

Here I am waiting to be hooded. 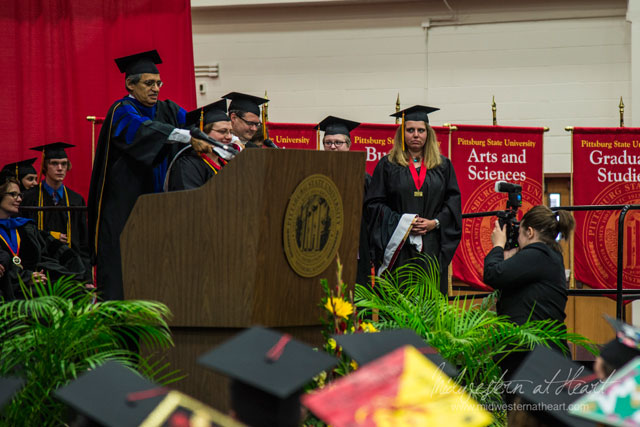 About a week later I found out it was official… I get to keep the hood. In fact, I got an email today that said my diploma is ready to be picked up. 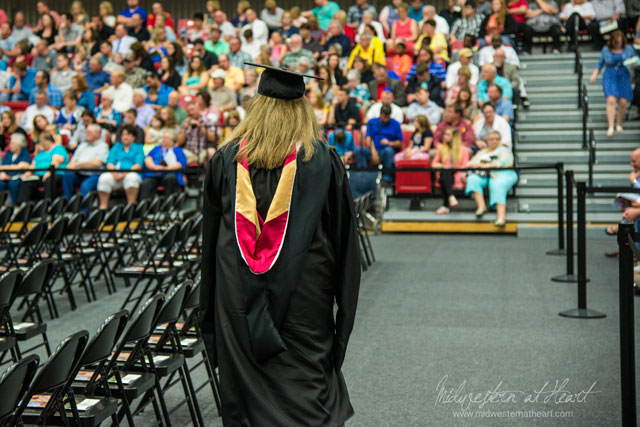 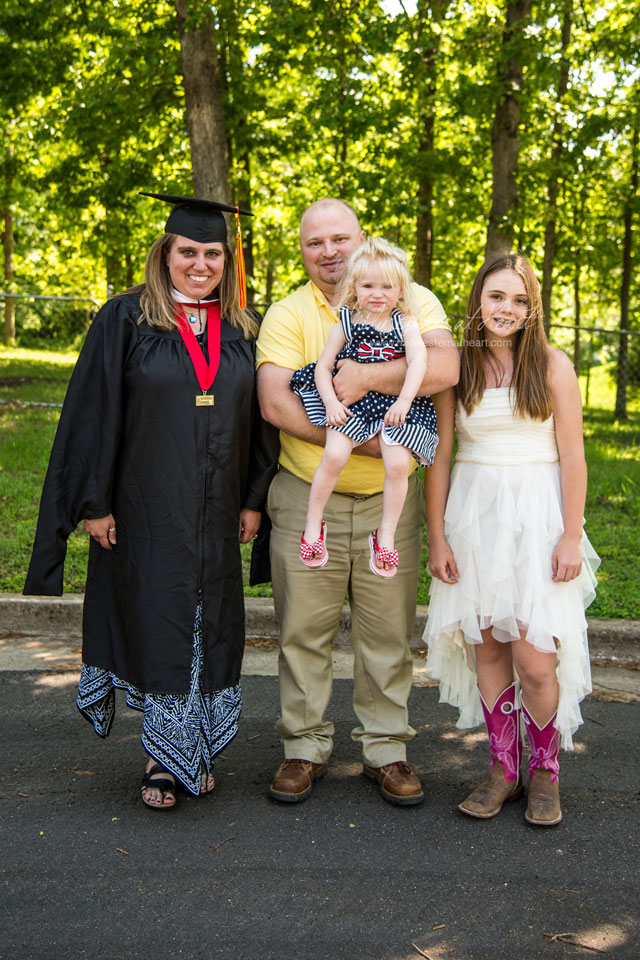 Afterwards we left Pittsburg and went back to Joplin. Figured we’d have better chance going out to lunch. We met at Applebee’s. I got a graduation present/Mother’s Day present in the form of……… 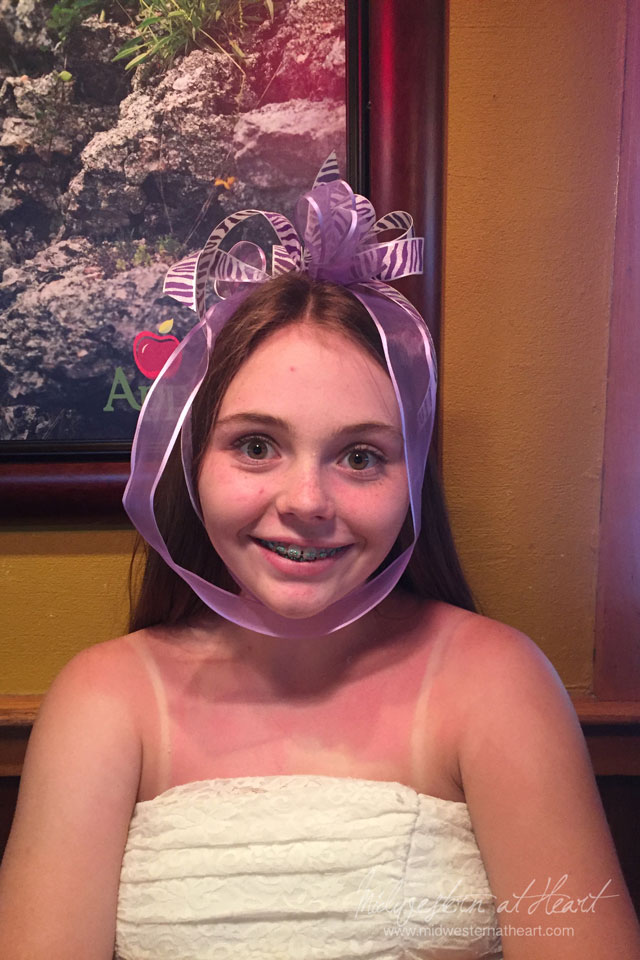 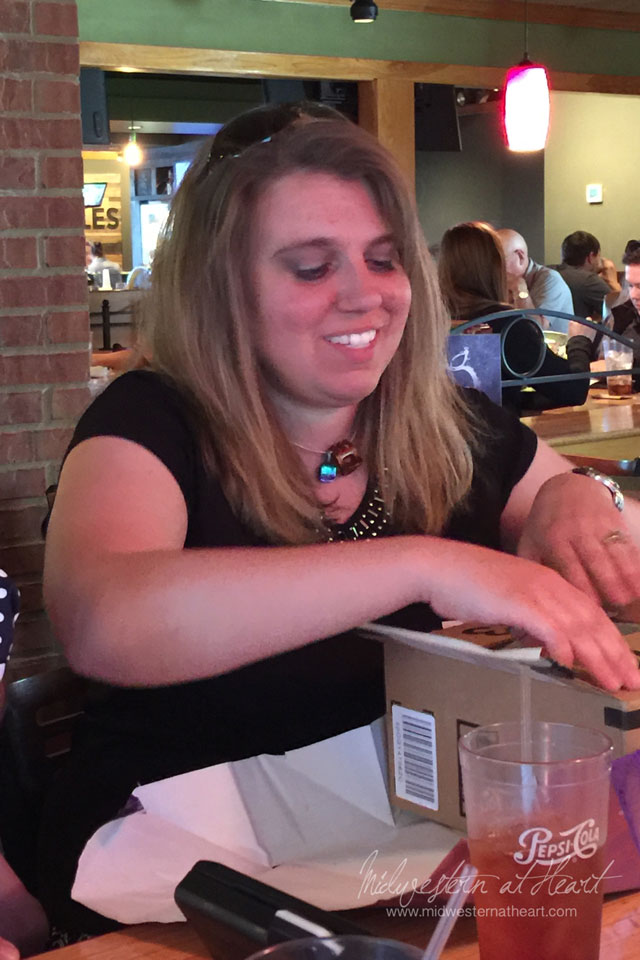 A new underwater camera. It’s not a SCUBA diving camera persay but it will go to 100 feet down. It is a Nikon AW130. Love it!!!! And just in time for the Cozumel trip. Do you think they planned it that way? 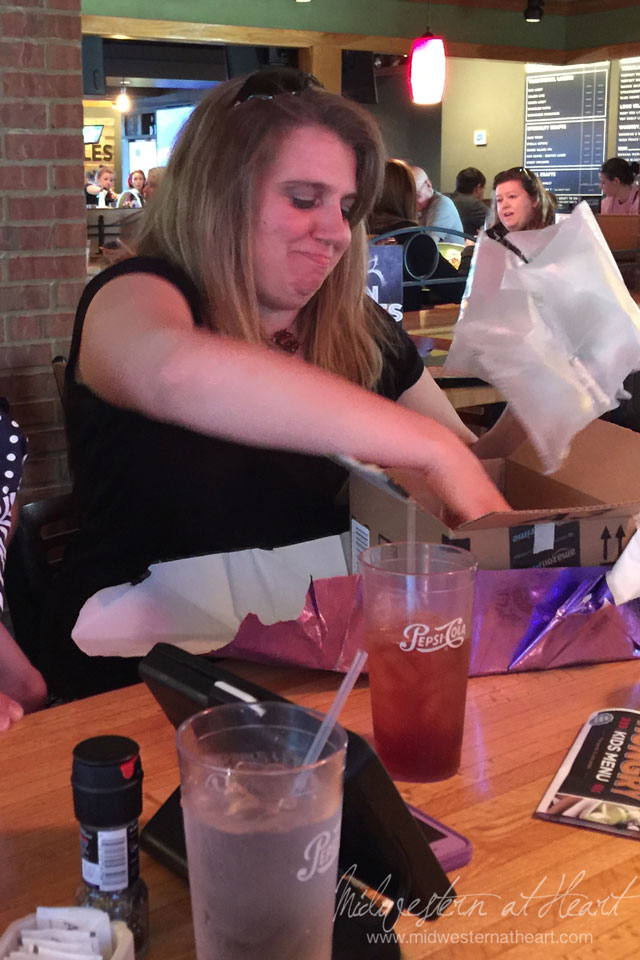 Abug needed to try her luck at wearing the bow too. 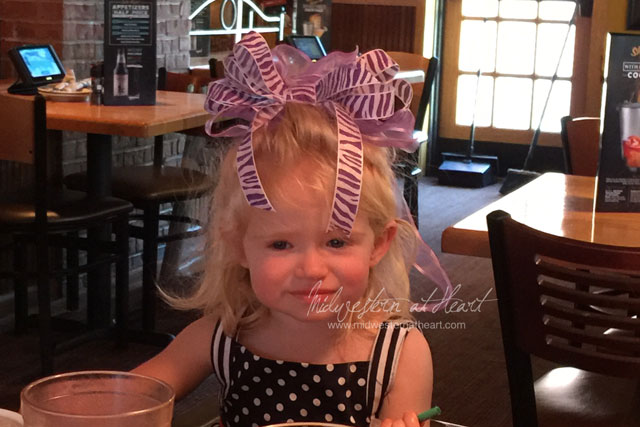 I regret not being more excited, I just felt like a phony. I’m happy to say I was not a phony and I now have my Master’s Degree in English, Technical and Professional Writing. Whew! 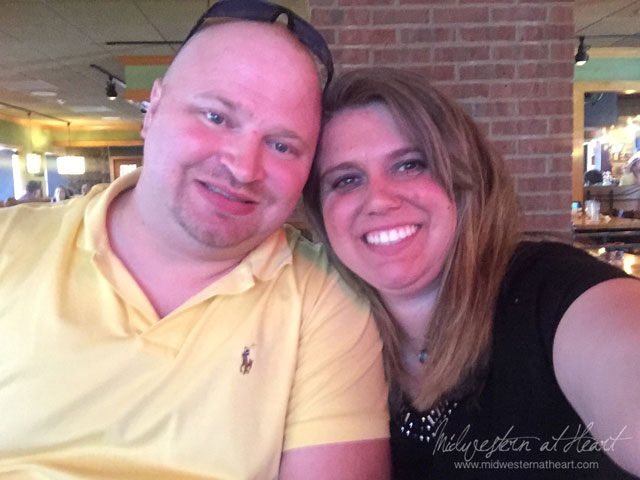