Tuesday morning we had plans to do the Brewmaster Tour at Anheuser Busch so we got up and got dressed.  They said you had to be there about 15 minutes early, but we wanted to make sure we could find a parking spot.  The other thing is you had to have close-toed shoes on, they checked before they even let you sign in. 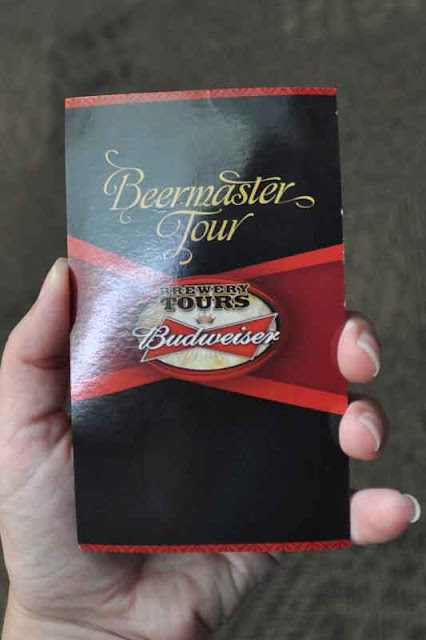 After we checked in, hubby and I walked around the museum more to read the signs more in-depth than we did the day before. 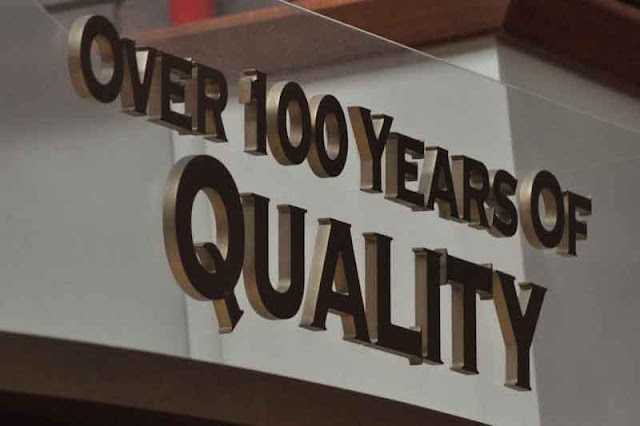 We learned a lot about Prohibition and what it did to Anheuser Busch as well as a lot of the other alcohol producers in the country. 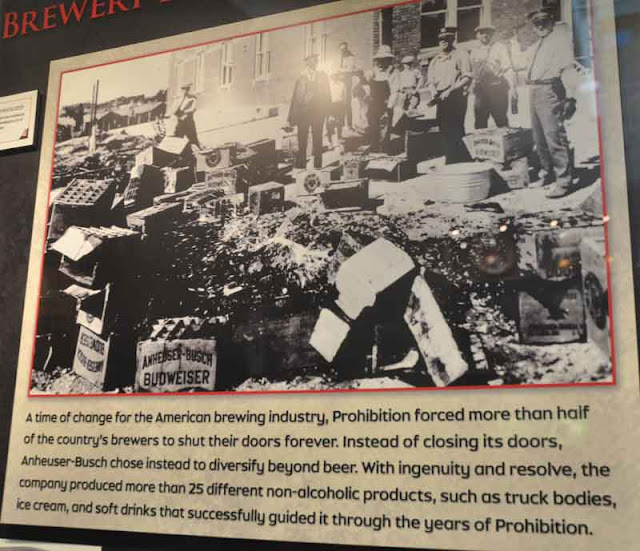 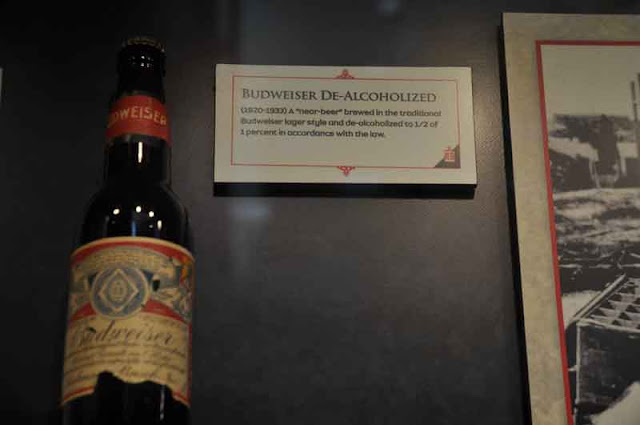 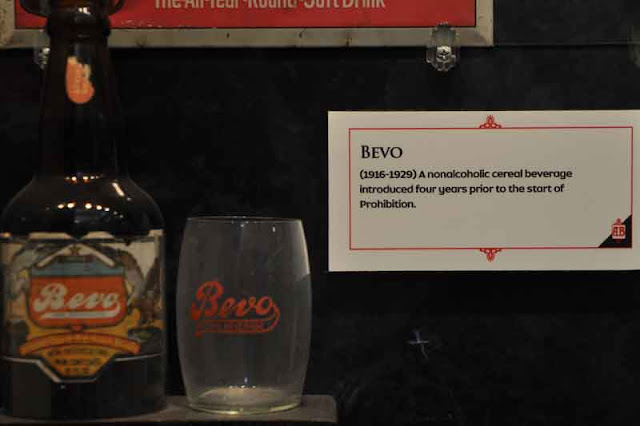 Could you imagine being Quality Control?? 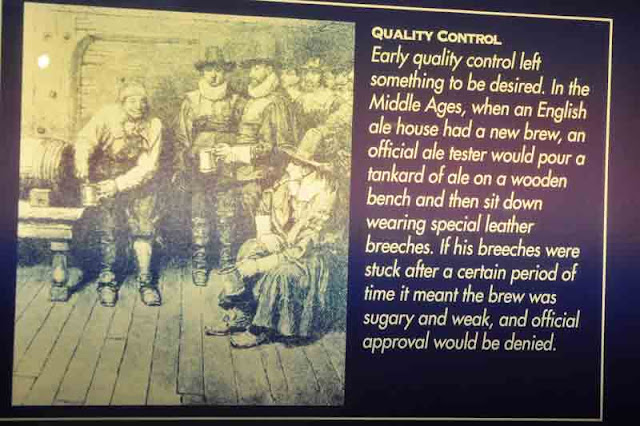 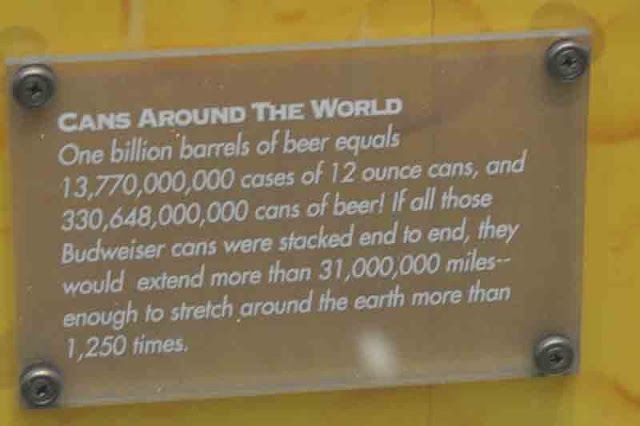 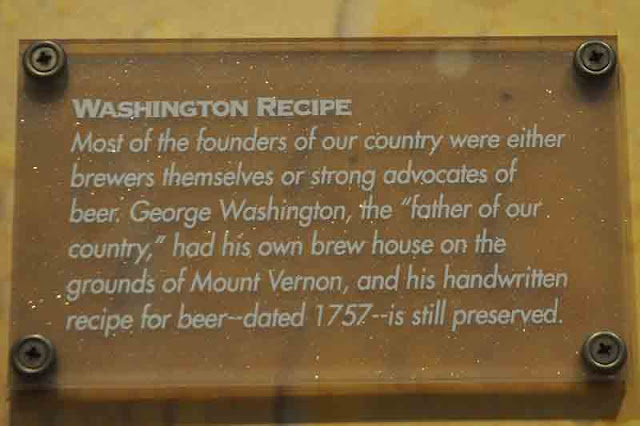 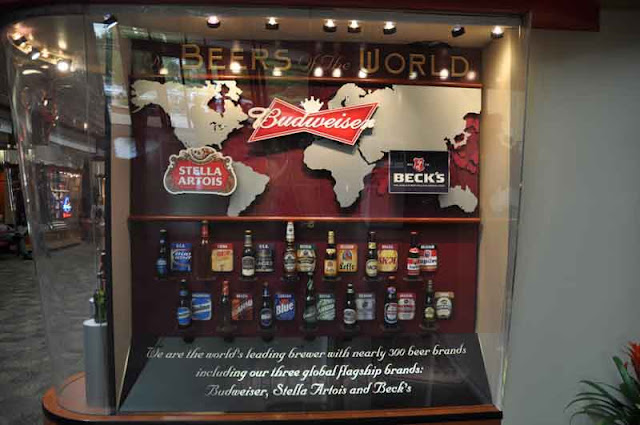 Now, this is random, but while I was walking around the museum, once I had seen most of everything but still killing time, I saw this on Facebook and just cracked up laughing.  How perfect to see this at this particular time.  Just wanted to share :). 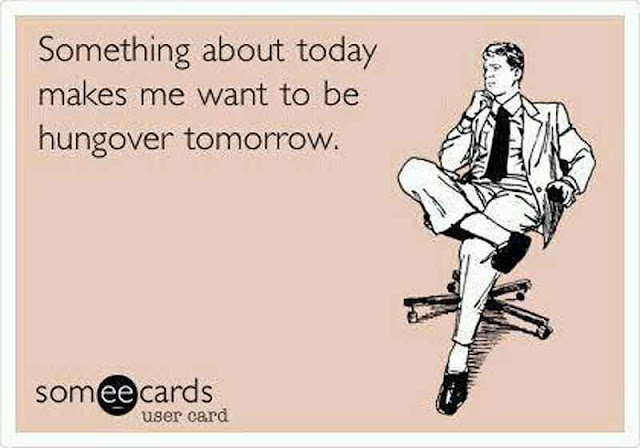 Finally, it was time for our tour and we got to walk through the entire process of making beer. 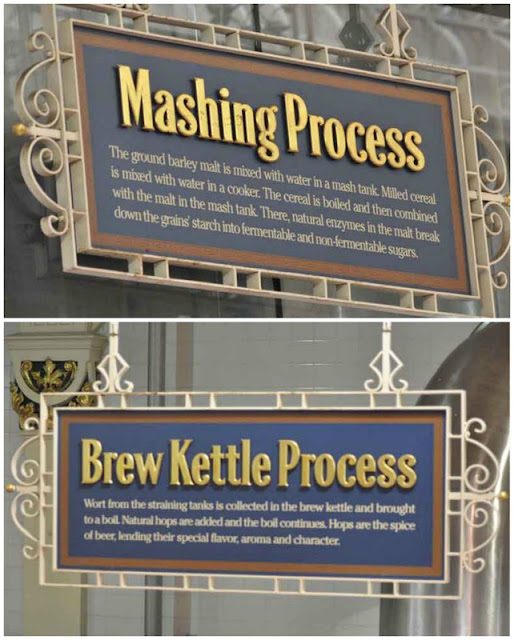 There are original buildings on the premises so to keep with the look, every building built since then has been made out of the same material so they all look relatively similar. 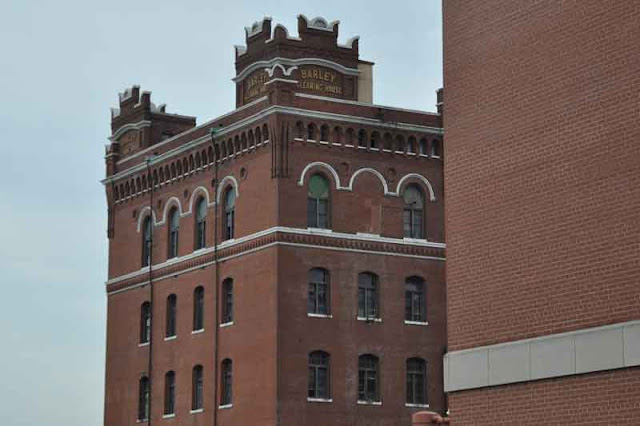 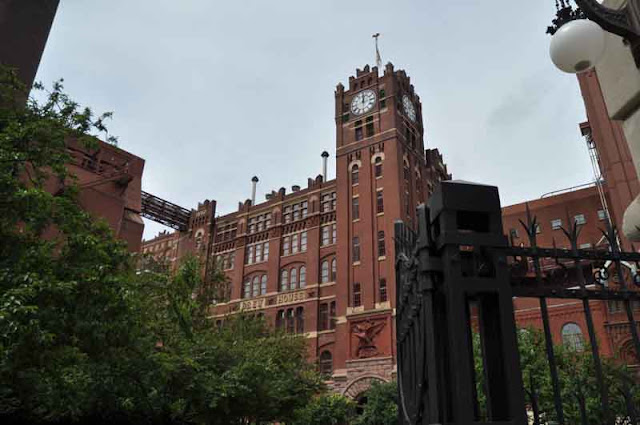 Then we got to try Bud Lite straight out of a tank before they filter it.  What can I say, it tasted a little better maybe than Bud Lite out of a can but don’t listen to me, I don’t like beer :). 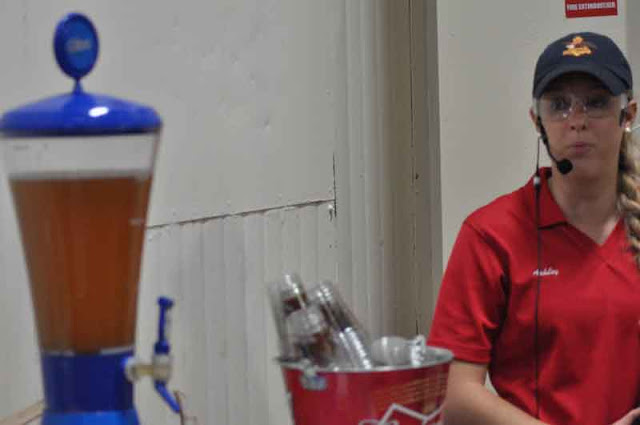 Next, we got to go through the packaging facility and watch the machines hard at work.  This particular day they were bottling/packaging Michelob Ultra. 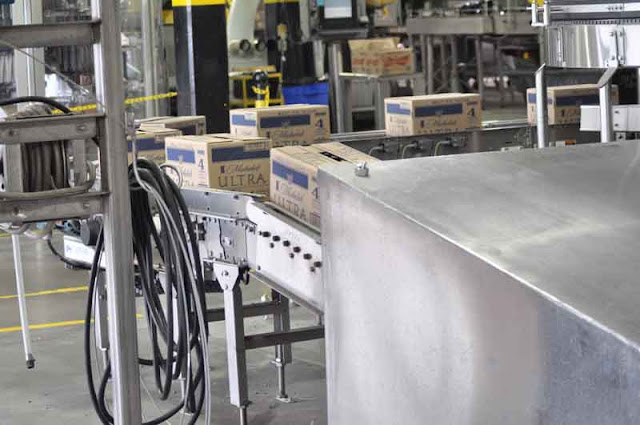 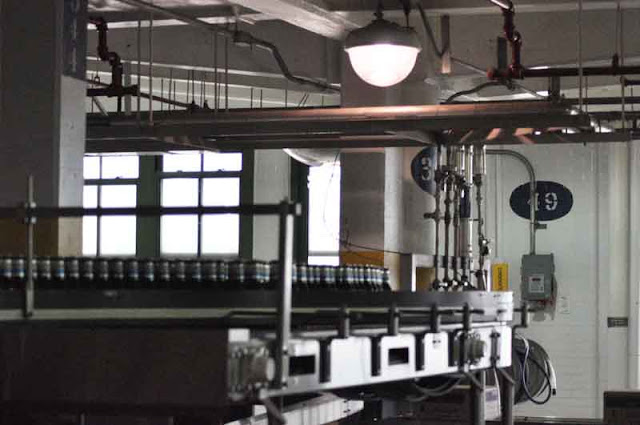 Finally, we went to the coldest part of the tour and got to get the freshest beer out of the tanks.  It came out of a tank from 3 am that morning.  Now, I’m good at pouring beer with the right amount of foam (head) on top as you should have, years of practice in the restaurant I worked at, however, I still don’t like the taste so sadly, I wasted my glass.  It went down the drain to the sewers of St. Louis.  Sorry!! 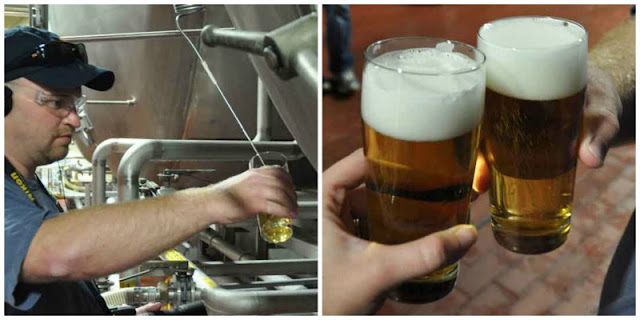 Finally, we got to go see the Clydesdale’s.  Now, these horses came into play when Prohibition was repealed.  Budweiser got special permission to start producing a bit beforehand (since the process isn’t an overnight thing) so that they could have it bottled and then they road their team of Clydesdale’s to New York to personally deliver a fresh case of beer to Gov Alfred E. Smith for his years of work to help repeal prohibition.

Hitch Requirements: To qualify for one of the traveling hitches, a Budweiser Clydesdale must be a gelding at least four years of age, stand 72 inches at the shoulder when fully mature, weigh between 1,800 and 2,300 pounds, have a bay coat, four white legs, a white blaze, and a black mane and tail. 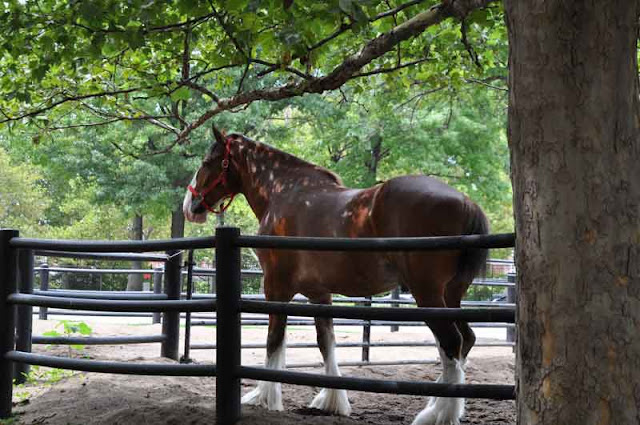 Grooming details and a comparison of a Clydesdale horseshoe vs a Quarter Horse horseshoe. 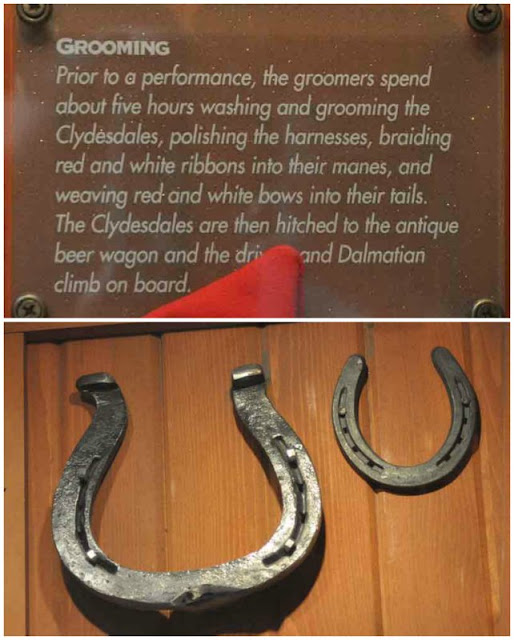 The different wagons throughout the years that are now on display in the barns. 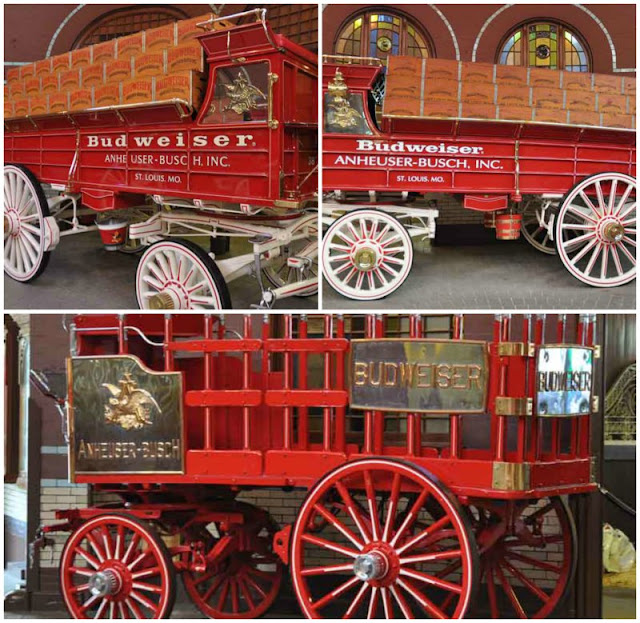 Each horse has their own tack and attire for the hitch. 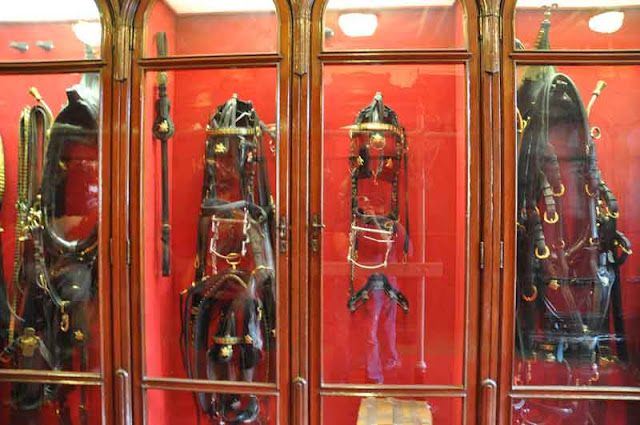 After that, we headed back in and everyone was offered up to 2 different ABIB products out of the fridge.  Now I’ve always seen the Straw-ber-Rita and wondered what it tasted like.  Everyone says like a Margarita but I’ve not had one of those either, so when it was in the fridge I grabbed one.  Hubby grabbed the lime.  They were good and I preferred the Strawberry over the Lime but not something I’d just have to have.  Remember, I’m not a huge drinker. 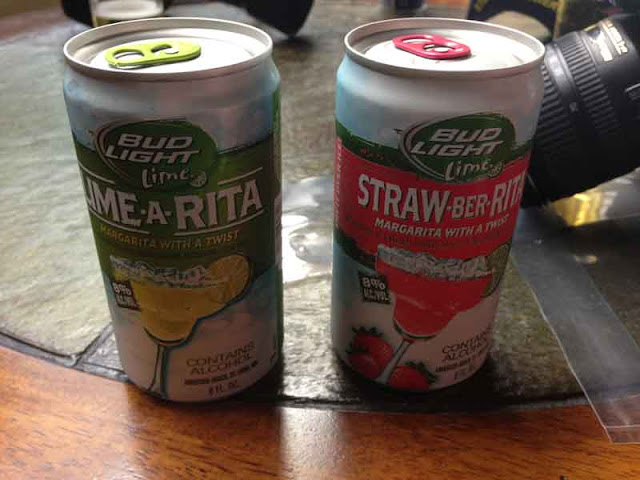 Then we had to head and get hubby food in his system.  He’s not much of a drinker either and the alcohol kind of got to him :).

About 4:45 we decided to head to the ballgame and as you can see, my car registered 100 degrees outside, but it wasn’t ALL THAT Bad feeling. 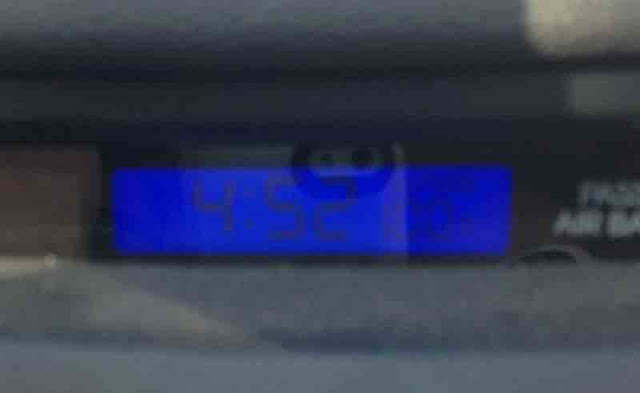 We got to the ball field and found our seats and sat there and enjoyed not doing anything :).  That’s what vacation is all about, right? 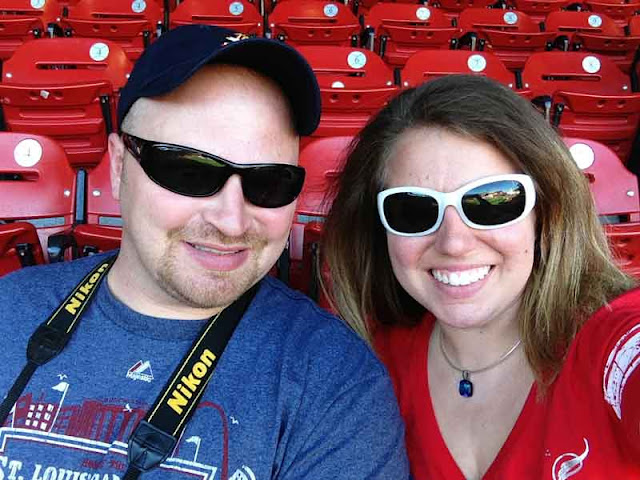 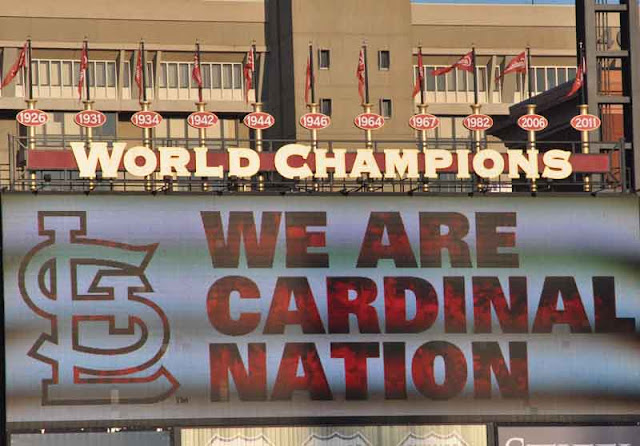 This particular night happened to be Nellie Night so they brought him around in the Ford Pickup and he got to throw the opening pitch. 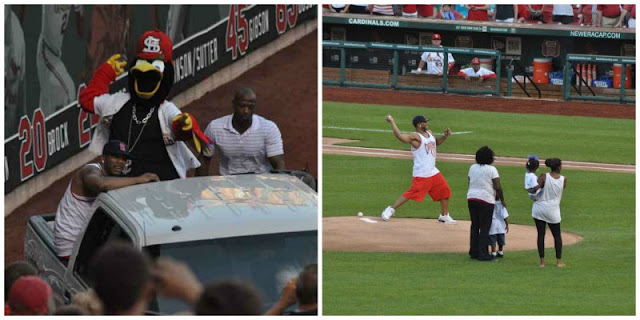 Around 7 or so (I can’t quite remember) the game finally started.  It was a good game, especially toward the end.  I’m proud to announce that the Cards beat Los Angeles Dodgers 5 to 1. 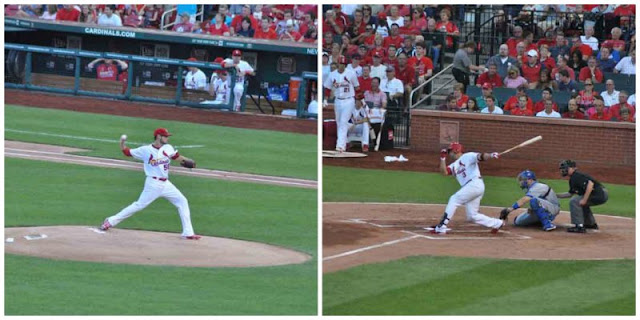 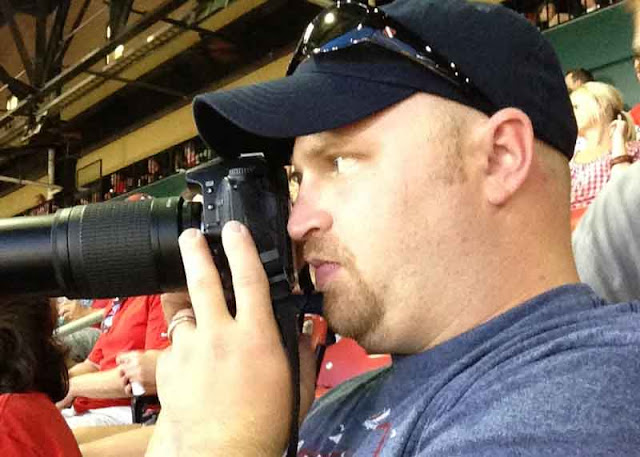 After the game, we headed back to our hotel and found my St. Louis Pizza!!