Tuesday night we went to the St. Louis Cardinals game and by the time we got out of the game and got back into the neighborhood of our hotel, it was around 11 pm.  Not much is open besides Imo’s and McDonald’s so I was in luck.  I got to try Imo’s!! 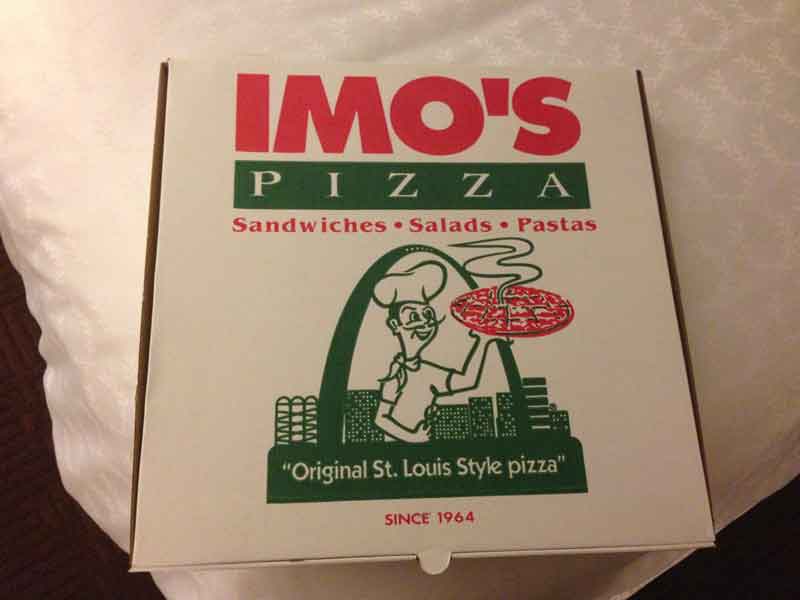 We ordered a medium but the guy made us a large.  We got half with Pepperoni, Canadian Bacon,  Mushroom, Black Olive and the other half added onions.  They used red onions and in my opinion, they were a bit strong, but I’m not crazy about onions on pizza anyway.  That was hubby’s half.  But my half was friggin good!! 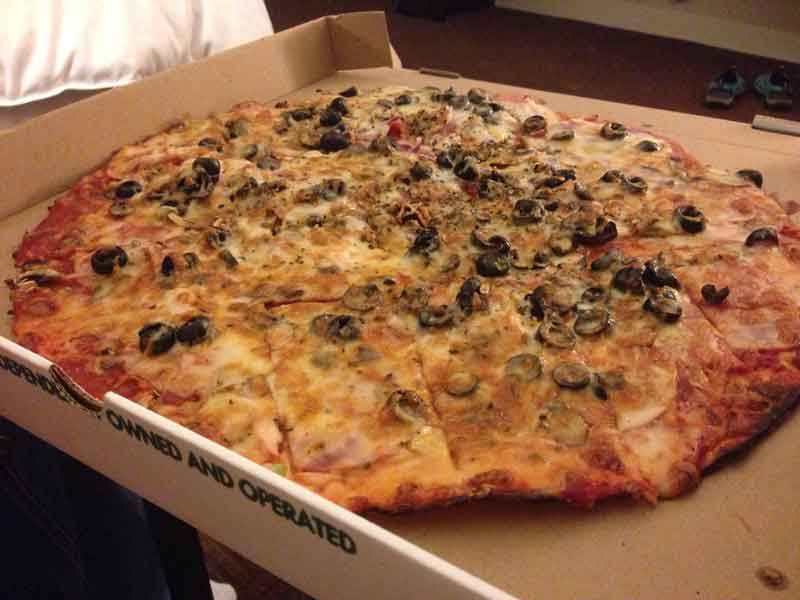 I noticed that St. Louis style tends to be more on the thin crust and then cut into squares but it was good.  Hubby even liked it and he’s not crazy about thin crust.  :).  Ok, so my St. Louis friends didn’t let me down!!