Last Tuesday night hubby and I met at my parents house after work.  Snookums is old enough now that we need to be getting on her and getting the basics done on her.

So far, let me tell you, this beautiful gal is the most laid back, relaxed, easy going horse, but let’s find some wood to knock on so I don’t jinx things up.  Anyway, back to the day at hand….

I got to my parents house before everyone else did so I went ahead and fed all the kiddo’s… aka critters.  They know when it’s feeding time and you better be on feeding them.

Here’s the Colonel.  Isn’t he getting big and pretty?

Once hubby got there, he gave me lots of grief about not having Snookums all saddled up and ridden down.  Um…. Hello, I don’t have a key to the trailer… just saying!

Mudflap was on my side 🙂

But we got off track again a bit.  Now Snookums is a 2 year old.  By horse years, they go by January 1st for their age, but she really turned 2 in July.  Since she was a later baby we held off a bit (too long actually) however if they are born early in the year, you can actually start the ground work on them late, late into their yearling year.

One of the things that we did after we got her saddled was took her into the round pen and made her move around both at a walk and a trot with the added weight of the saddle.  Then we went from side to side placing weight into the stirrups with our hand.  Then we’d make sure someone was on both sides because a horse has monocular vision which means one eye sees one thing and the other sees something different.  (human’s have binocular in case you wondered)

Finally we put a foot into the stirrup and started just jumping around.  Adding weight and then back down to the ground.  I’m sooooo used to getting on a horse from the left (the correct side) that jumping on the right was baffling me just a bit… lol.

Then it was time for someone to lay across her.  Once we got up on her we had to kick our foot out of the stirrup so in case she went banana’s we could easily dismount and not get hung up quite as bad.  When I came off of her like this I did catch my sleeve on the saddle horn and about ripped it, but that’s shear clumsiness on my part.

Anyway, let the record show that I was the first one on her!  Even if it wasn’t quite in riding style 🙂

Oh but wait, I actually rode her.  I got on, had a good enough grip that if she went to bucking I could hold on and then hubby led her around so she could get used to having the weight on her back. 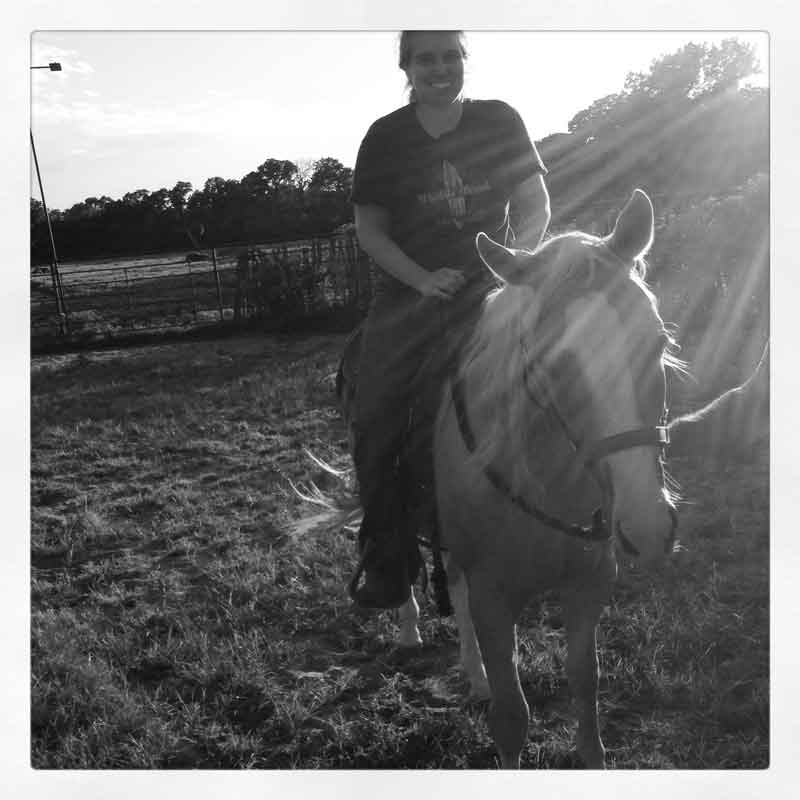 My dad and even my husband, heck even me if we’re being honest here, didn’t think I’d actually do this but I did it.  She’s my baby.  I had to be the first on her!

And for the record, the next night I caused her to buck 🙂  Woops.

0 thoughts on “Let the Record Show….”