So Friday was hubby’s birthday.  Sadly I had to attend class, especially since I had a test in HEL (History of the English Language) so I didn’t get to spend extra time with him.  I’m glad though that D the Man, JT, CL & AL were able to take him to lunch.  He works from home on Friday’s so he was able to meet up with them for a quick bite.

On top of the test that I had on Friday, I had a paper due by 6pm on Saturday.  No normally we don’t have work due on Saturday’s, the teacher was being nice and gave us an extension.  But the point is, after I got done at school I went and met D the Man so he could help me start writing this paper.  No it isn’t his job or anything to help me, but I was struggling and he offered to help.

Tbug has cheer on Friday nights so I stayed and worked on my paper until it was time to go pick her up.  Toward the end I was talking about having to run to Wal-mart to get a different bag for hubby’s present because the one I got wasn’t big enough for the present.  D the Man gave me some brown paper and said, here will this work?  I said, heck yeah so I wrapped the present in the brown paper.  When I was finished he took it from me and did a wrapping job of his own. 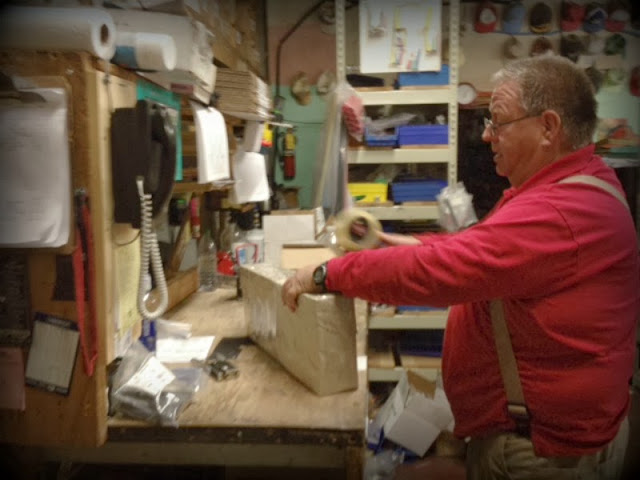 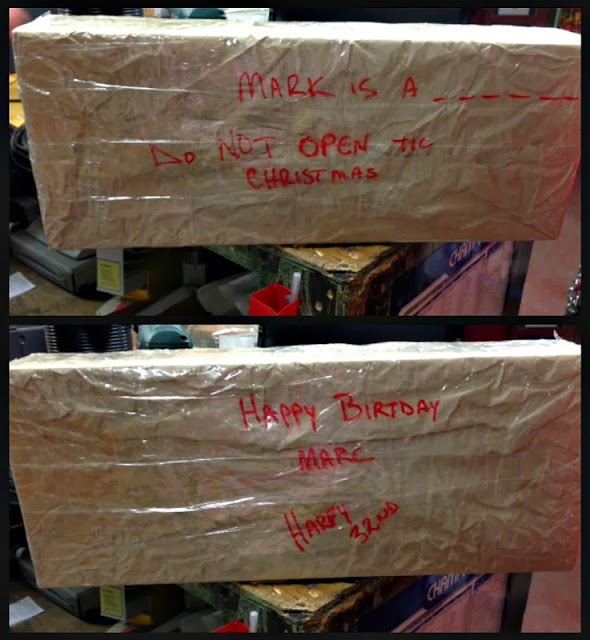 I giggled and laughed the whole time and JT told me I shouldn’t have allowed him to take it from me.  I said it didn’t bother me one bit.  So after I left there, I went and picked Tbug up from cheer and then we met hubby and my parents for dinner at Longhorn.  We wound up getting him a remote control helicopter he told me he wanted.  Then Tbug also got him some candies and a little sand art thing she made.  Mom and dad gave him a bag that had Reese’s Peanut Butter Cup Mini’s in it and a card.  The card said something about being the present and there was a dollar bill stuck in it.  Hubby said thank you. 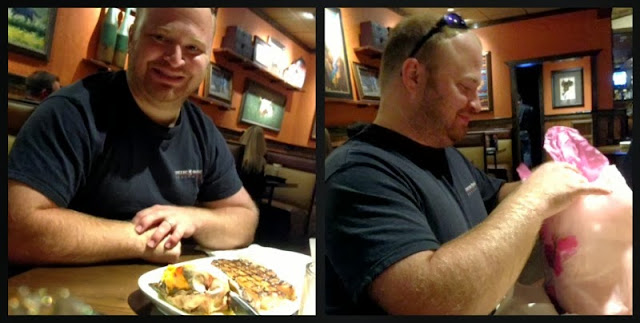 As we were leaving the building, mom said she needed him to come over to the truck for a minute to get something and then she and dad gave him his real present.  It was this wall picture thing that he found that he liked.  Silly boy was happy and then looked at me and said, think we can put this on the wall.  I sooooo wanted to be obnoxious and say, NO.  lol. 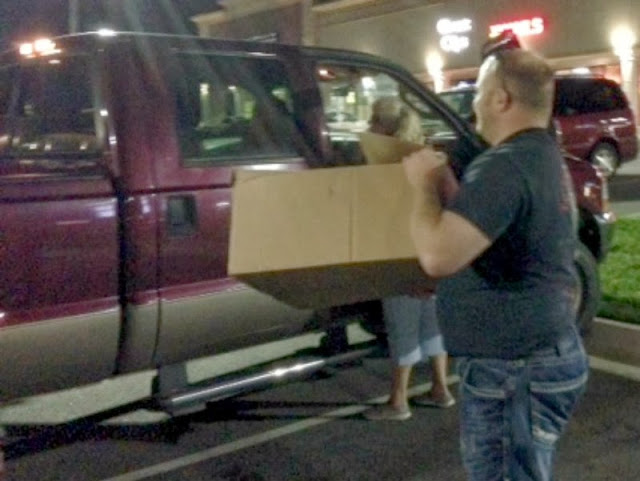 This was a much more low key birthday than he had last year, but I think he still walked away a happy boy.

Sappy moment from wife: Husbandator, just know that I love you with all my heart!