So while we were on our spur of the moment trip to Kansas City on Saturday we decided that maybe, just maybe we should eat somewhere.  Our first stop of the day was at the City Market (aka the Farmer’s Market).  Once we were done wandering around it was about 12:30 or 12:45.  We had dinner reservations for 5:30, so we didn’t want to eat lunch to late.

Hubby said that we could leave and drive somewhere, but where we weren’t sure.  I was like, let’s try somewhere around here.  Seeing as though we don’t live in KC, we’d obviously find somewhere new and exciting to try.

After looking at our options around the market, we decided to give Minsky’s Pizza a try. 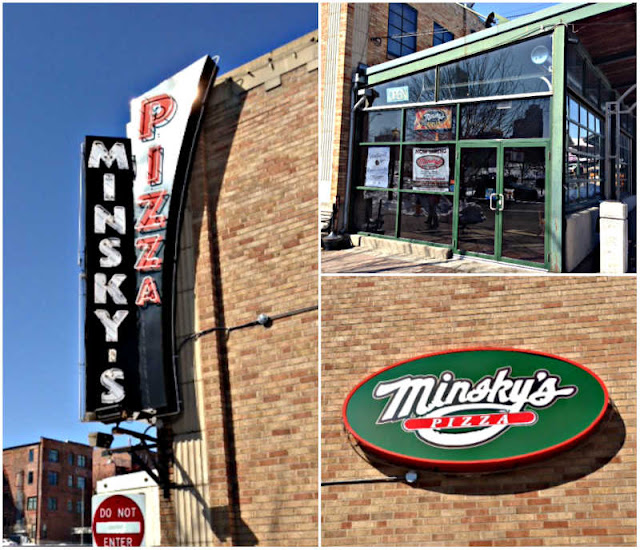 They didn’t have sweet tea so we went with Coke.  Whoa, I haven’t had coke in a short while.  I gave it up for the most part, pop really, but every once in a while I’ll drink Coke.  I’ll have to admit, coke and pizza are good together (like some people say beer is good with pizza, but I don’t like beer so Coke it is).

They had a large selection of food as well.  Pizzas, pastas, appetizers, a kids menu, even a gluten free menu. 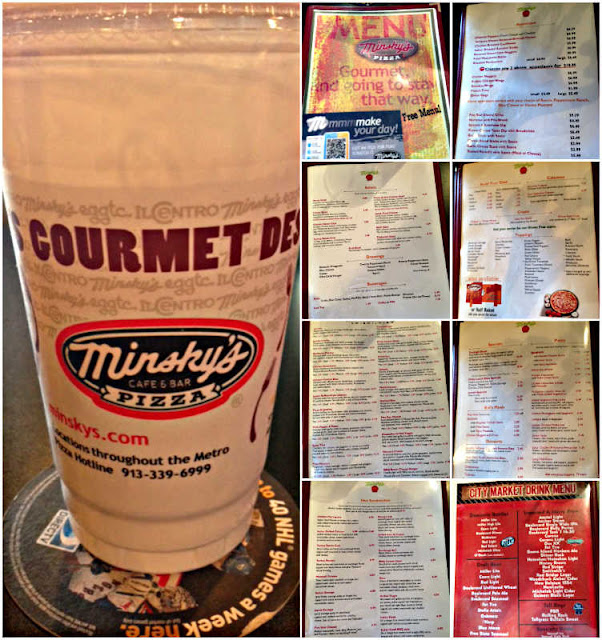 We chose to go with pizza since we were planning on Italian for our dinner that night. 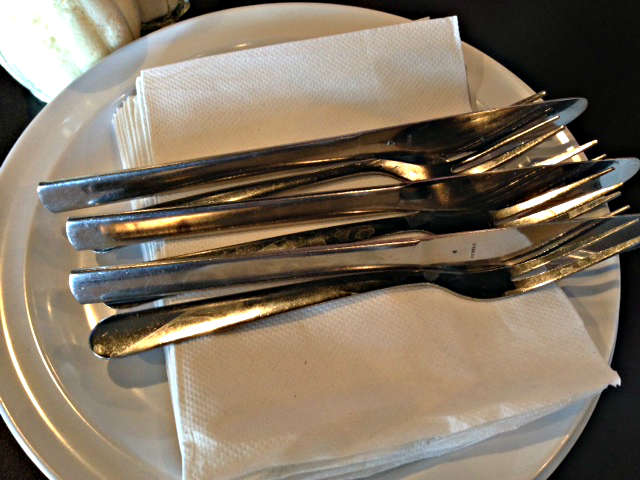 We sat at one of the high top tables down on the main floor, right in the bar area. 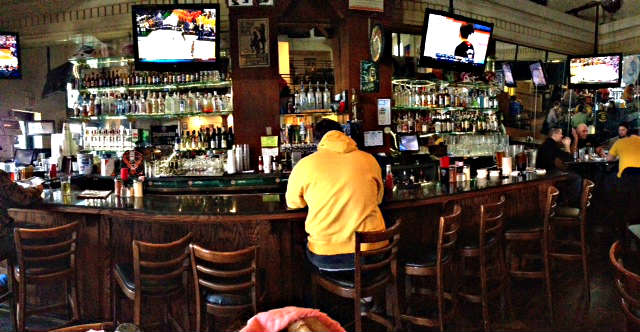 Tbug was counting the number of televisions in the place.  Remember, they said bar and this would be a GREAT place to watch the Superbowl or March Madness, which was playing pretty much on all the tv’s. 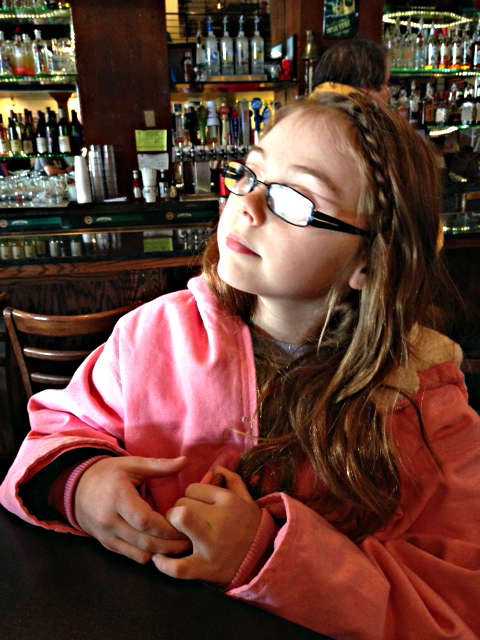 Oh and there was an upstairs.  Between the upstairs and the tv’s on the walls by the bar we counted 19 flat screens and 3 big projection screens.  Now that’s a lot of sports!

While we were waiting for our food to cook, hubby and Tbug saw a group of people order a huge pizza.  When I looked round I saw just what sized they ordered.  It was huge.  Then I noticed as we walked in there was a Try our Jumbo 26″ pizza so we took Tbug’s picture beside it for comparison. 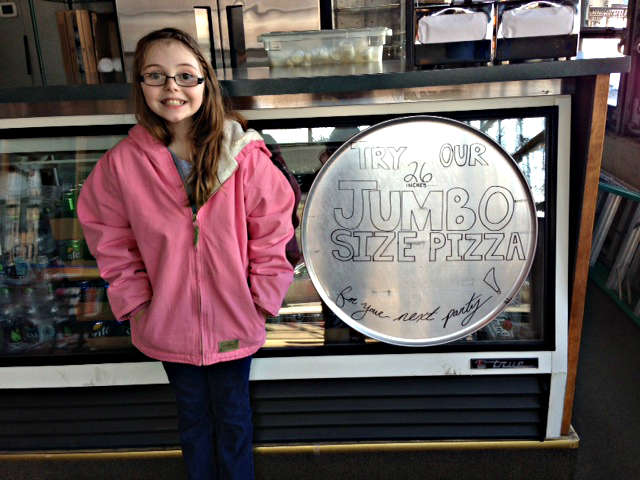 Don’t ask me what I’m looking at, I have no clue. 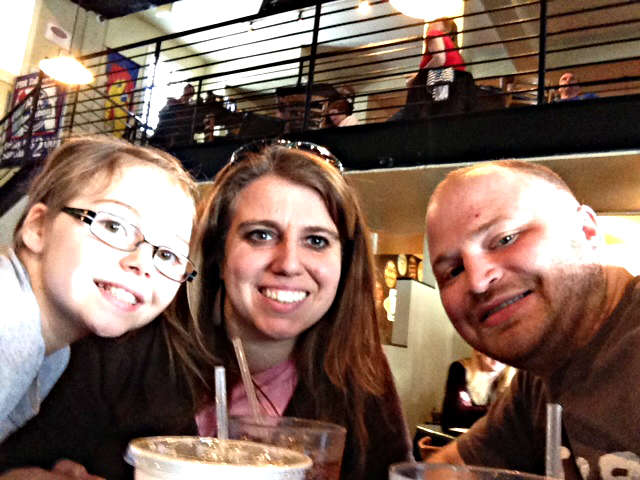 For our Pizza we had it narrowed down to the Philly Cheesesteak (sliced sirloin steak with a garlic butter sauce, cream cheese, green pepper, and red onions topped with Provolone and Swiss Cheese) & the Prime cut (Pepperoni, American & Italian Sausage, hamburger & Mozzarella cheese topped with Bacon strips).

We wound up going with the Philly Cheesesteak and My oh my was it yummy!  The cream cheese added a new layer on a pizza I had never thought about.  Now this was the first time hubby had seen where they offer regular crust (white) or wheat crust.  We went with the wheat crust because, yum!  Then we had the choice of hand tossed or thin.  We went hand tossed.  All I can say is I ate 2 slices which was really more than I was hungry for, but I didn’t want to stop eating it either.  Luckily I did :).

If you’re ever in the area of the City Market in Kansas City, My suggestion is to check out Minsky’s Pizza for some yummy pizza!!!

First things First - On our way to HI
How To: The Bang Twist
Cozumel México: Jeeping around Cozumel
Just a little more for yesterday's story.........