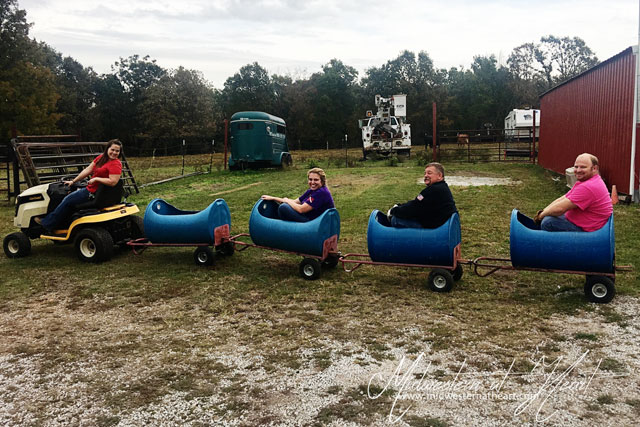 Over the weekend we had our 5th Annual Chili Cookoff and silent auction to raise money for less fortunate kids for Christmas. I always hate to say it that way… I’m just not sure the best way to say it (politically correct), so for now, we’ll leave it that way.

Going into Saturday I was nervous. I was nervous about a lot of things. Worried people wouldn’t show up. Maybe that we wouldn’t raise much money at all. Who knows. All these different thoughts flew through my head.

Part of the reason I was worried people wouldn’t come was that bad weather was predicted to hit Saturday evening. Of course. A week before there was nothing but clear skies in the forecast, then it changed to severe weather predictions. Luckily it held off until the event was over and cleaned up. We sat and chatted and relaxed for maybe 30 minutes, then the wind blew. Jared asked if we felt that cold chill, and he said that meant hail was coming. I quickly said I’m outta here trying to outrun the storm and get home only to get to set under an overpass for 10 minutes waiting out the hail.

Hubby had been right in front of me in his truck and he took off. We both slid around a corner due to the rain blowing sideways in sheets and then he took off and I stopped and waited out the hail under the overpass. I wasn’t the only one seeking cover there. On my side were 2 other vehicles, one hooked to a trailer and on the other side there were 4 or 5 vehicles.

The one thing I did not expect to go wrong though, did. That fell on my shoulders. A year ago I made an excel sheet to tabulate all the silent auction donations, prices, and who bought them. This year when I cleared it out, stupid me, I cleared out the formulas too. I never expected to do that so… I looked like a total idiot. I quickly worked on fixing it while they calculated what everyone owed, manually. In the end, my sheet that was quickly reworked had 3 mistakes. Not too shabby… But still, I was pissed off at myself. I think I still am. I’ve been talking to my friend who helped me build this sheet and he knows how we can keep this from happening again.

Our goal for this year was $4,000. Due to the bad weather, we were shy of that by $1,000. Anything is better than nothing. All this money goes to buy deserving kiddo’s Christmas presents. That’s all that matters. Nothing more, nothing less. We want these kids to know they are loved. Santa, in fact, did not forget about them.

Although I may have broken down in tears on Saturday night thinking that every time I really get involved in helping with something like this, it seems like the proceeds go down. In the spring, I was really involved with Trails for Kids helping raise money for our local CP Center. Now we had flooding rains, and so we didn’t raise what we did in previous years… but now this. Tell me it isn’t because I’m involved, please. I fear it’s my fault. I really do.

One thought on “Thoughts….”