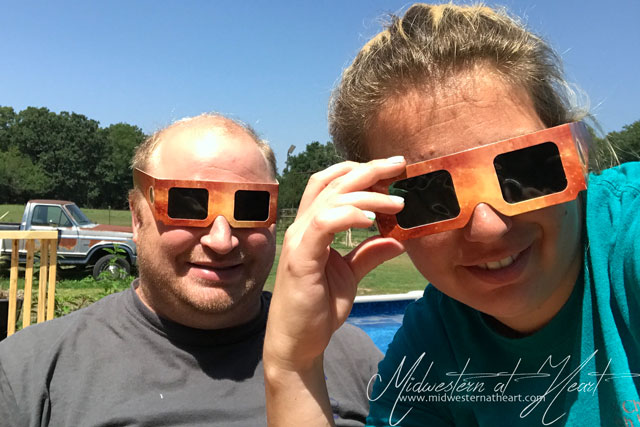 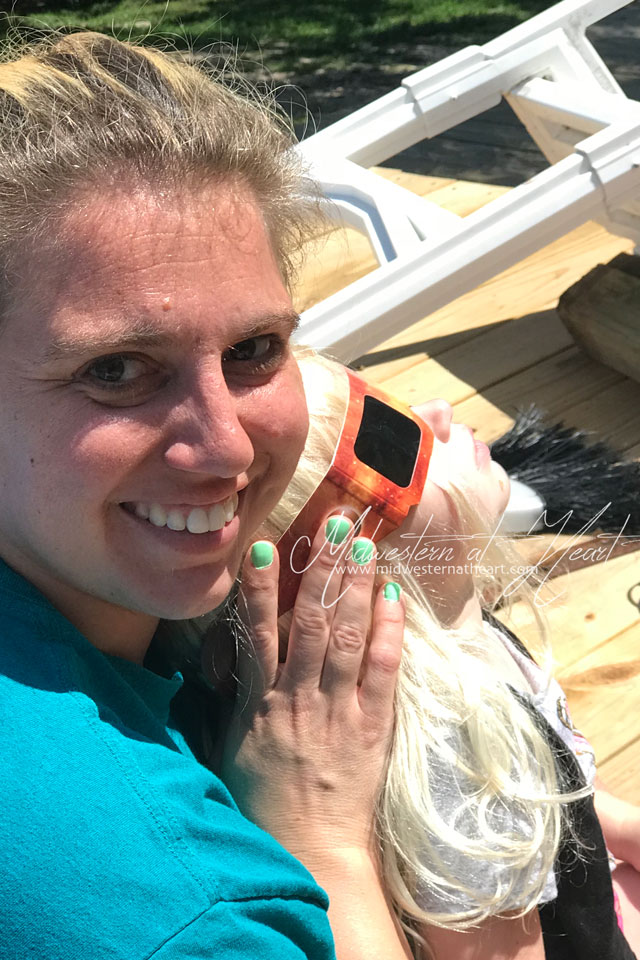 She wanted to be a part. I kept a close eye on her. And no, I didn’t look up without glasses. Neither did she.

I can remember seeing on Facebook (good old Facebook) months ago that they were predicting this Total Solar Eclipse. I have to say, I didn’t know it would get blown up nearly like it did… This last week leading up to the solar eclipse people were worried that they didn’t get their solar eclipse glasses and were worried because would the weather be okay and worried because…. Because where would they go to see the full effect, etc.

I remember back in 5th grade (I may date myself here) that there was a solar eclipse. What I don’t remember was the time of year it happened. I just remember the teachers taking us out on to the school ground. The Science Teacher, Mrs. Ihm did a whole lesson on it. Etc, etc. That year (in 5th grade), we had a science fair. I remember doing my project on the solar eclipse. I made the pinhole box and used a flashlight to demonstrate my eclipse. Somewhere I even have pictures of that, but I can’t seem to find them. I did look. Just for this post or at least one similar to it.

I do have to point out that they say it is a once in a life time type thing. How is that so? They are predicting the next one in like 2045 or something like that… and I witnessed one in 5th grade. I mean who knows what the next years will bring, I may not be here in 2045 but.. if I am, I will be, if I did my math correctly, 62 years old. And from the looks of it, if I still live where I do, I’ll be even closer to the path than I was on this one.

So, Where were you?

I had the opportunity to go north. I was told to get a solar lens protector for my camera and let’s go. Hubby tried to get me one, but couldn’t. So we stayed home. But that’s okay. I was in the 94% coverage area.

This picture may not show it, but it was eerie outside. Almost like hazy clouds covering up the sun, yet not a cloud in the sky as you can tell. btw, I heard it poured up north. It did stop for the eclipse and then the clouds rolled back in… CRAZY! 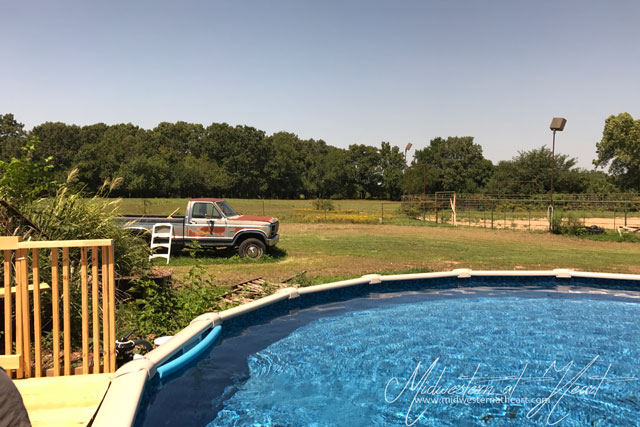 As I was walking across the deck I noticed the cool patterns created by the holes in the leaves. Now is where I should mention I didn’t realize those were a thing until someone posted something about it on Facebook. They looked like half moons or crescents and I said something to hubby, hey you think this is because of the eclipse? I’ve never seen anything like this before. He said, well yeah. 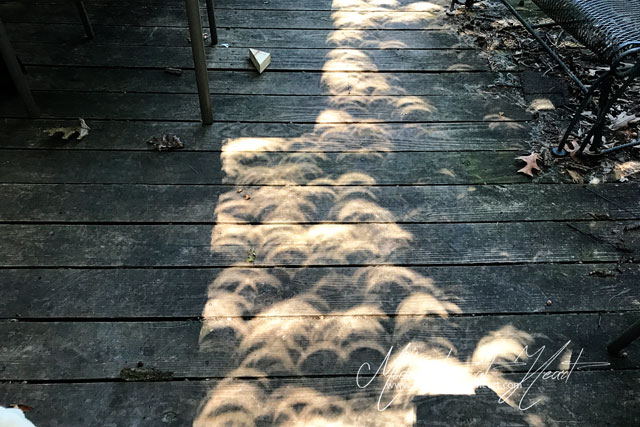 And the house. It was really spooky. Basically, it looked like it does at dusk when no one has turned on any lights yet. In fact, this morning it is raining. I’m sitting here in the dark, and the house is lighter than it was yesterday afternoon with sunlight still peering out into the atmosphere. Like I mentioned, we were in the 94% coverage area so we still had sunlight. My old college campus is about an hour from here. It got so dark there, the street lights turned on. 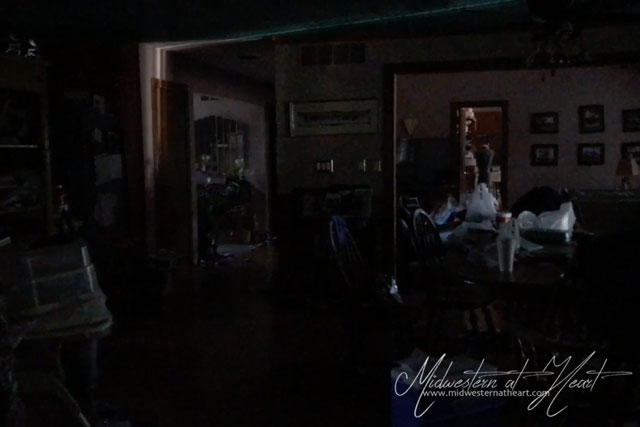 I saw a few photos on Facebook. I’d like to believe they are true and not photoshopped. This one is apparently the 82nd stationed at Ft. Bragg. Some days I am skeptical because people are really good with photoshop… 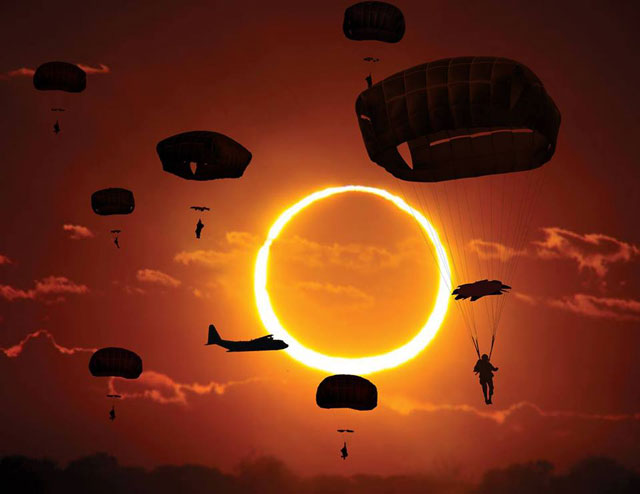 This one is at Kauffman Stadium in Kansas City. You know, where the Royals play. 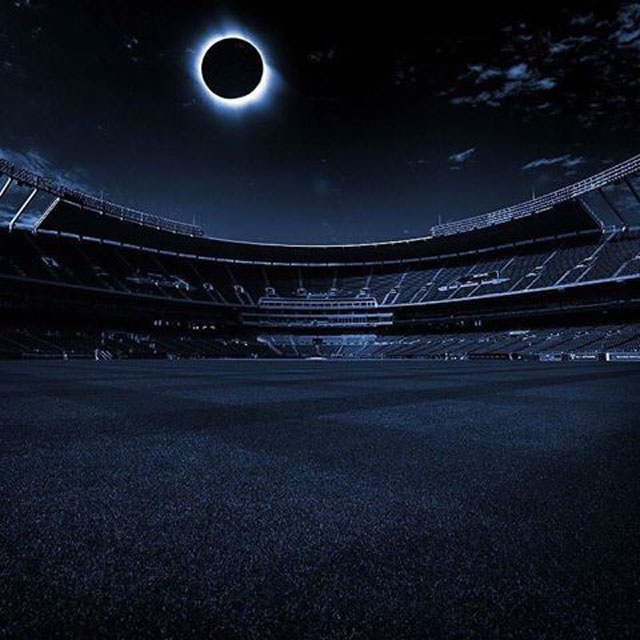 And finally just because… What is your Solar Eclipse Identity? Mine is…. Seeker of Limitless Strength. 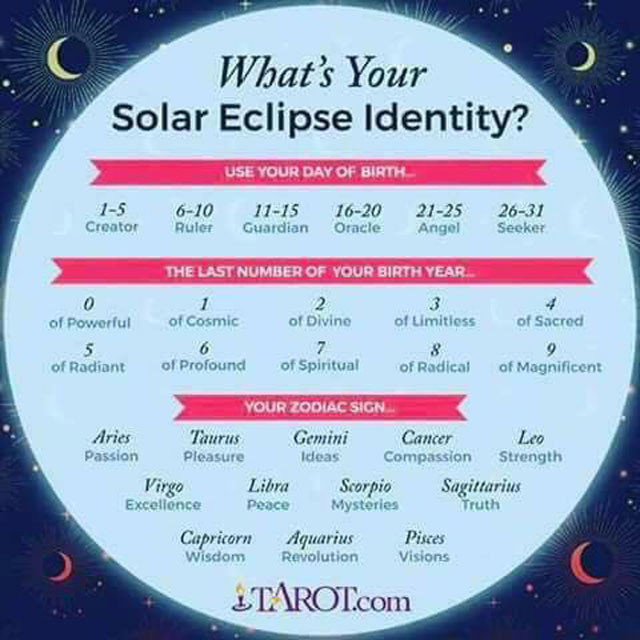 As I was getting caught up on blogs yesterday, Taylor actually wrote about the eclipse and what your sign meant in terms of the eclipse. Mine:

Leo: Something crazy is going to happen while you’re vacuuming. Or perhaps dusting? It may seem scary at first, but it’s not. It’s just what you’ve been needing. Go with it. Also, you’re going to thrive.

Funny story to end on… Sunday I clearing off the cabinets. We had a bottle of tea that needed to go hang out in the fridge and the upstairs fridge was full, so as I went to go downstairs, I saw a snake on the stairs, slither off between the floor and the wall. Well, you know me and snakes… I just wasn’t having it so I started yelling at hubby. Poor hubby was in the bathroom and was like, what do you want me to do about it. I was screaming and running around the house like a banshee. So I commented on Taylor’s post and asked if that was the weird thing that needed to happen? Yeesh!

So what’s your Solar Eclipse Identity?

One thought on “The 2017 Totality Solar Eclipse, Were you there?”