Every year I have the best of intentions and every year I fail when it comes to making a Ginger Bread House… until this year. Truthfully I think last year was the first year I really attempted to even try, usually I mention that we should but we run out of time. Last year I actually made the house pieces although they were horrible and we didn’t wind up putting it together so at the end of the season on clearance I bought a kit. Then I forgot I did that… sorta.

So jump forward to this year and while we were in Ft. Worth I found this really cool kit that had all the cutters and everything you’d need for making a ginger bread house (not the actual pieces, oh no, recipes to make your own!). We bought it and away I went making the dough… The dough was easy to make… SCORE! and for the most part it all worked out good. I had a few hiccups along the way, but isn’t that to be expected the first time out of the gate? 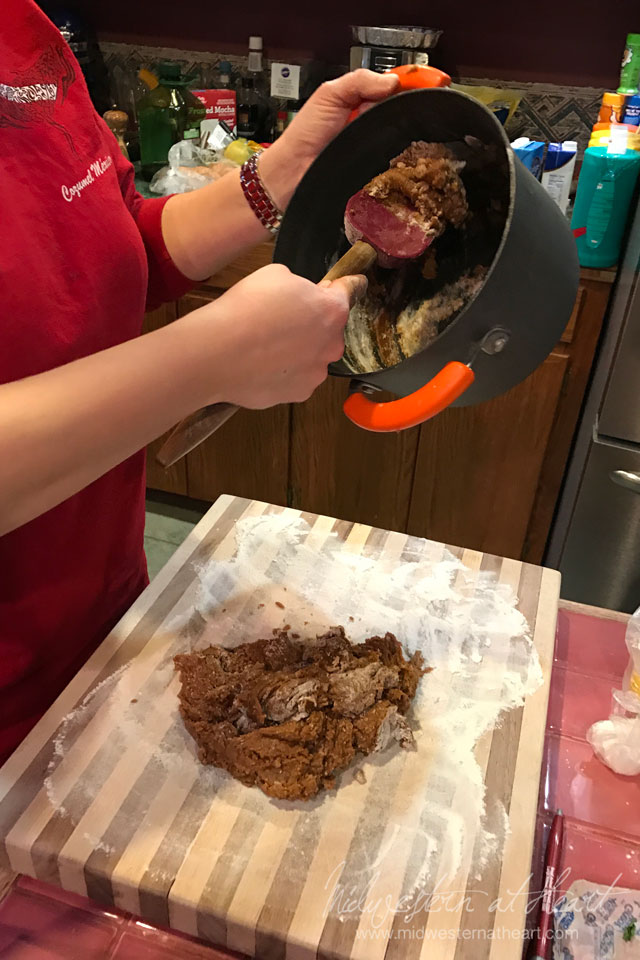 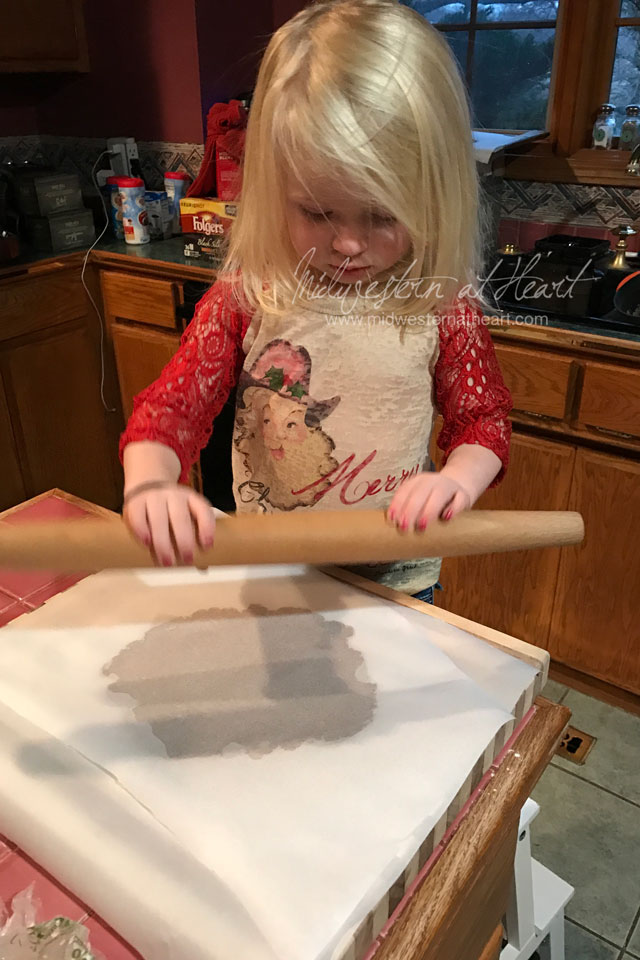 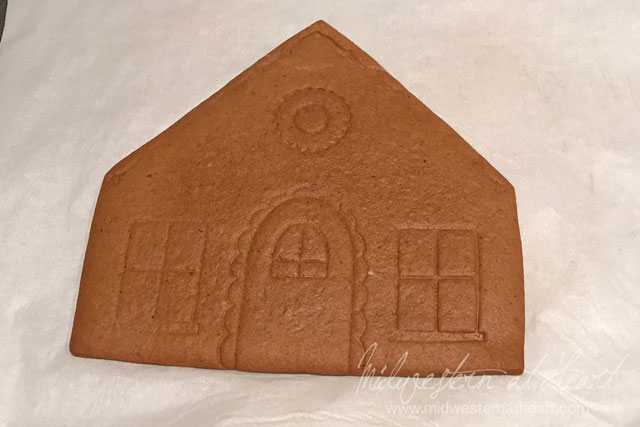 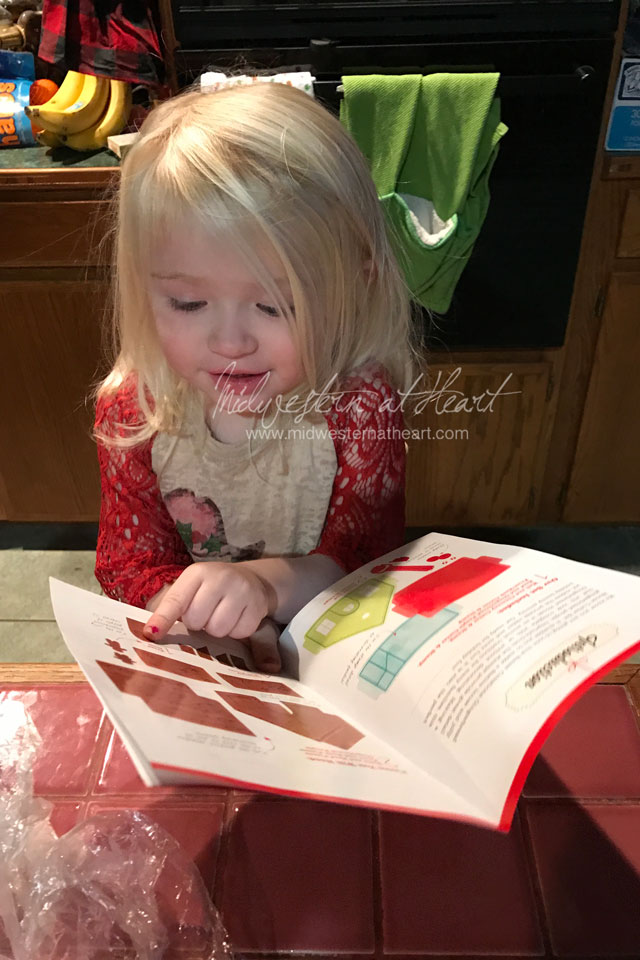 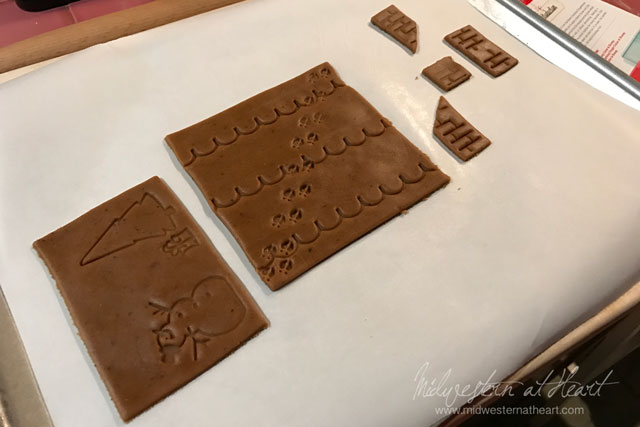 Sunday we were supposed to go to the Chiefs game but opted out due to the COLD conditions (and I’m glad we did… they lost!) So after much consideration and debate, Sunday morning we built ginger bread houses. Tbug didn’t seem like she knew how to exactly and I asked her if she had before. She told me when she was little and that was it, so it was a fun learning experience…

I gave hubby the kit that I’d bought the year before. Turns out it was 5 miniature houses. I guess I did that so we’d all have one to put together? Who knows what my thought process was a year ago… I gave Tbug the house kit I baked myself. 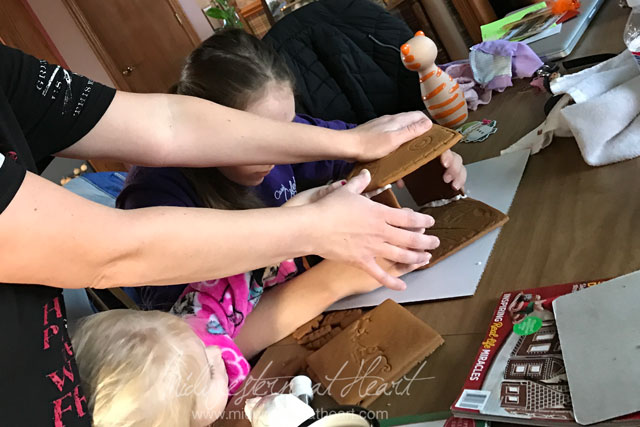 Abug bounced around helping everyone and playing with her toys. 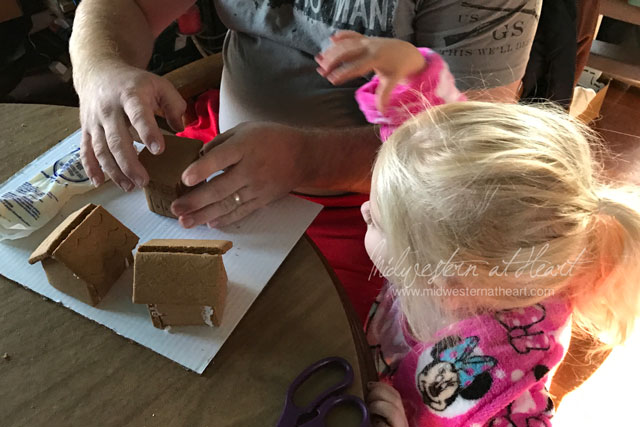 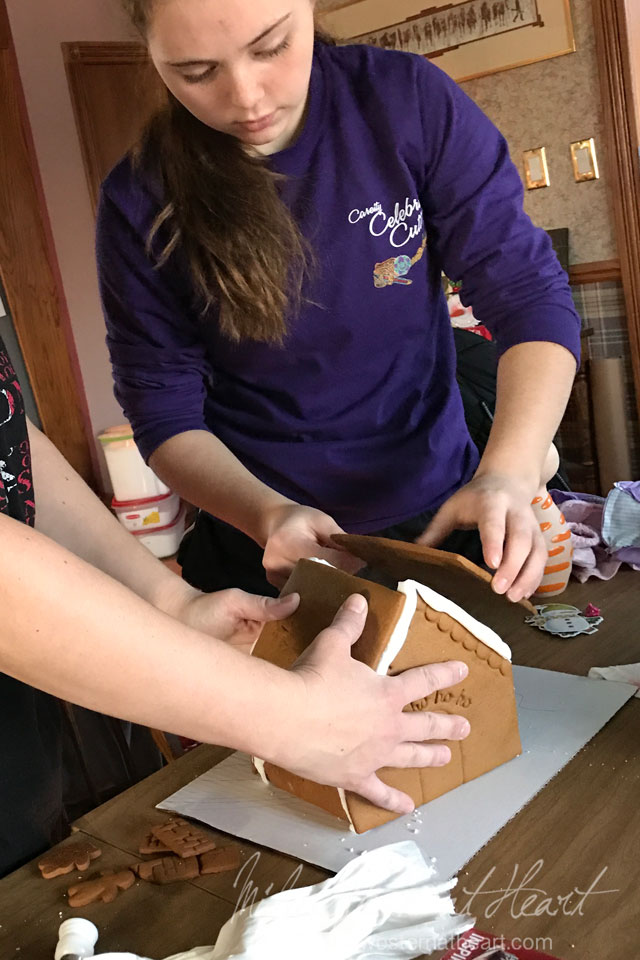 Abug got hungry and when we weren’t looking decided to munch on a ginger bread person. We laughed, oh did we laugh. 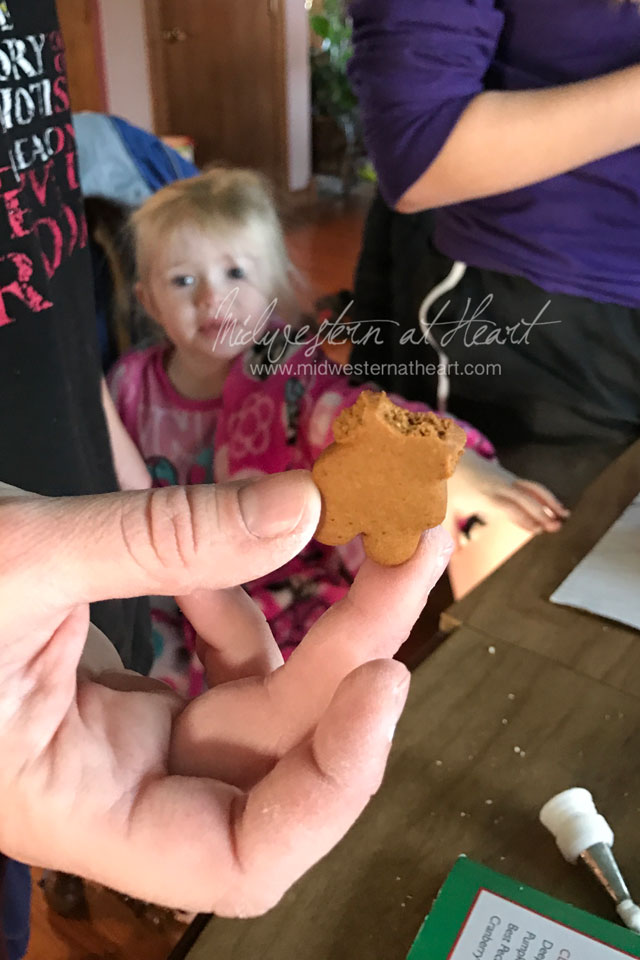 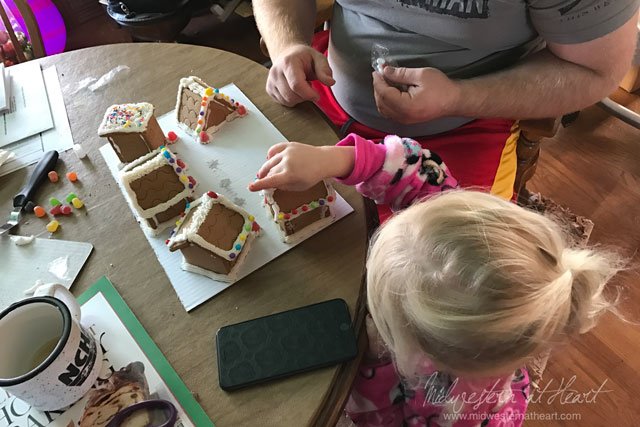 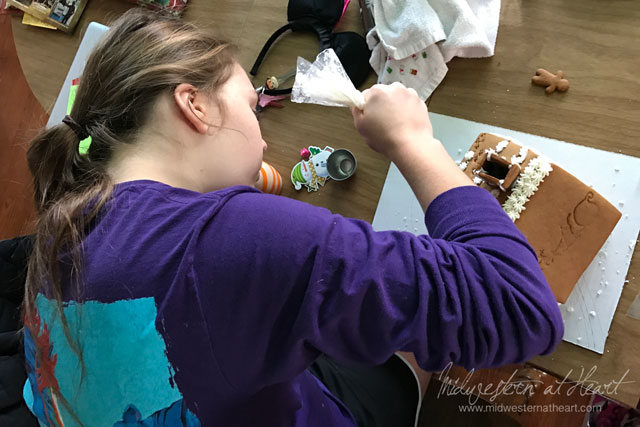 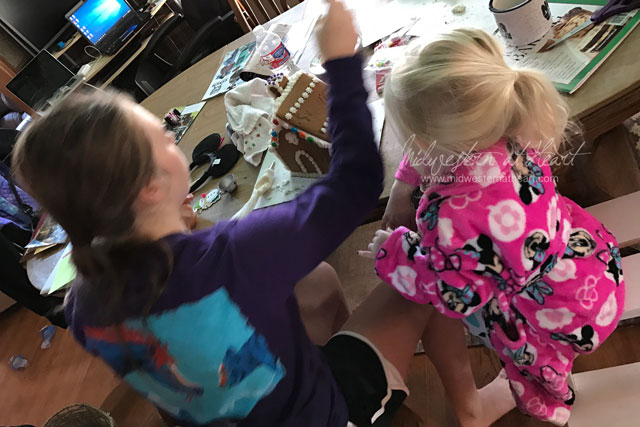 And the revealing of the houses. Hubby and Abug’s houses: 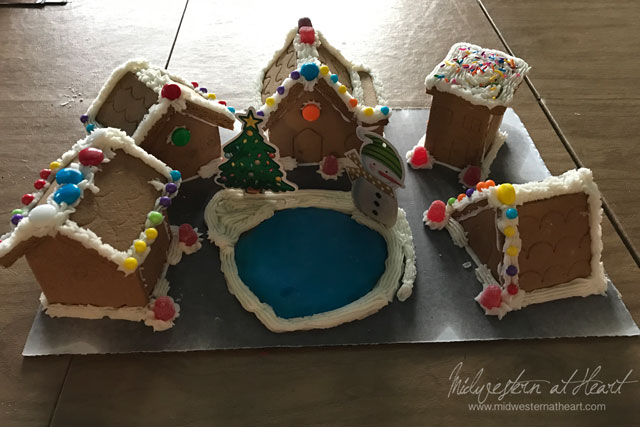 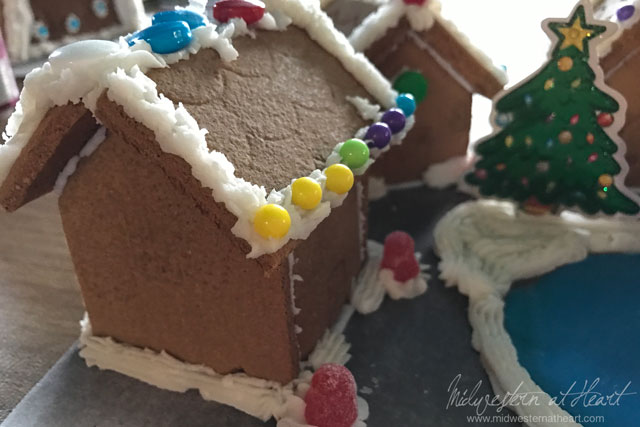 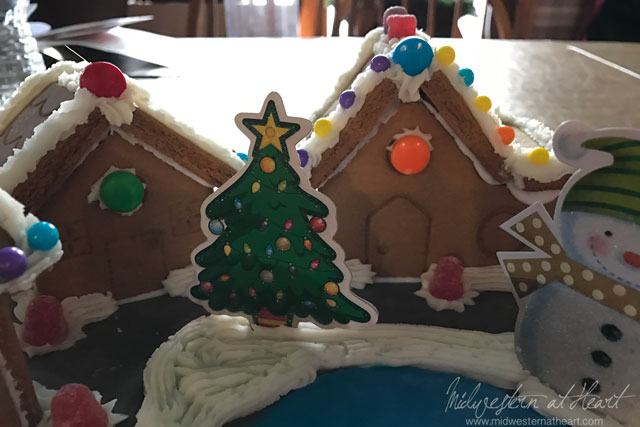 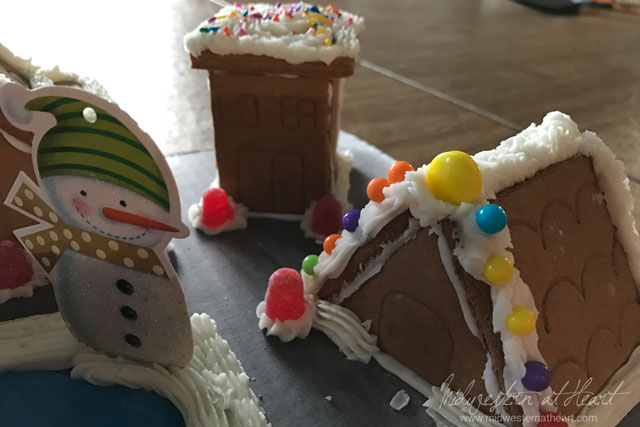 Tbug, Abug, and My house: 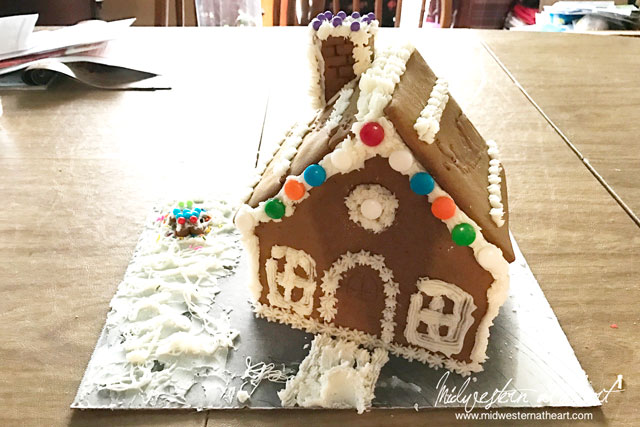 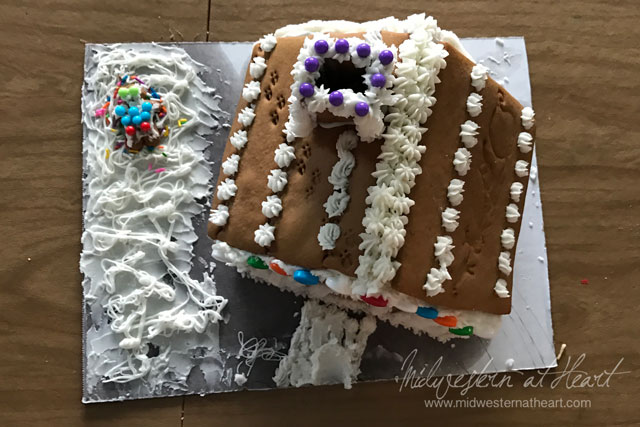 This is one of the ginger bread people doing a snow angel….. I think…. 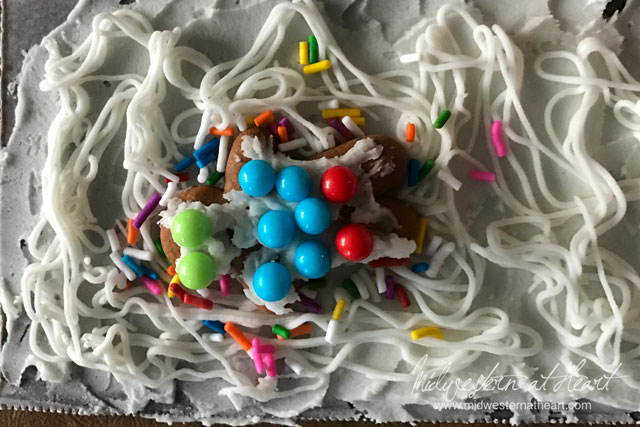 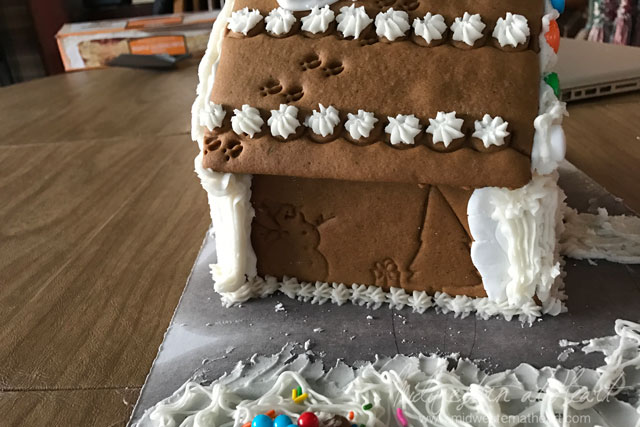 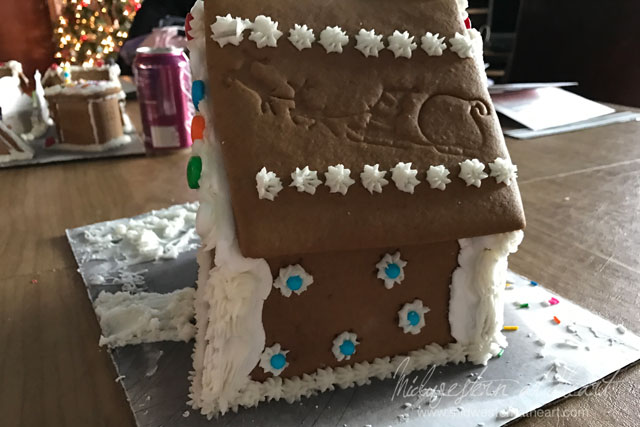 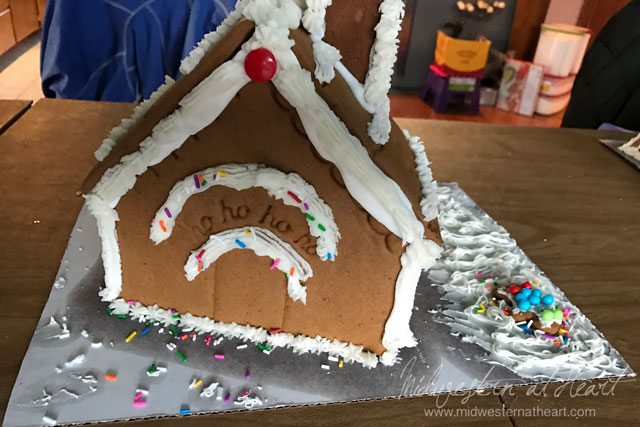 I sure hope they had fun because I sure did!