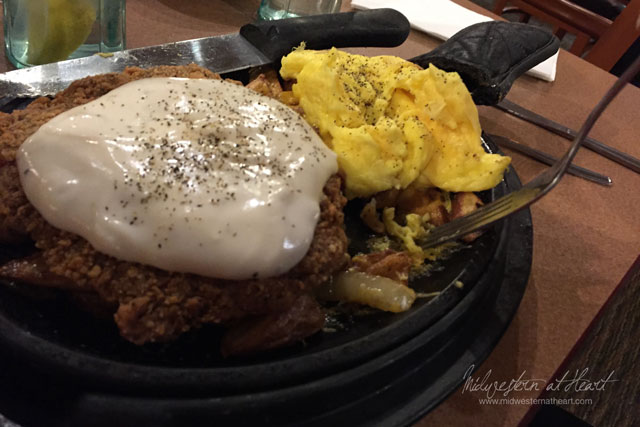 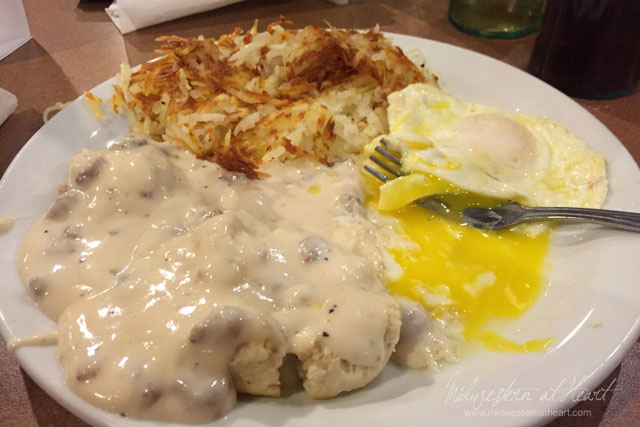 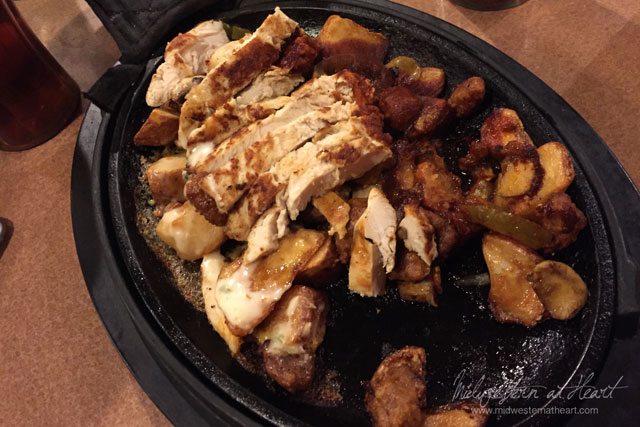 Dan and Carlene met us at Denny’s (they ate elsewhere for Jason’s birthday).  Dan took the feathers off his hat he was wearing and placed them on my head which called for a photo montage. Deb stole the straw out of my mouth I was chewing on and then I tried to smile for a picture. The camera WOULD NOT TAKE. Finally I stuck my tongue out and it took. Of course. 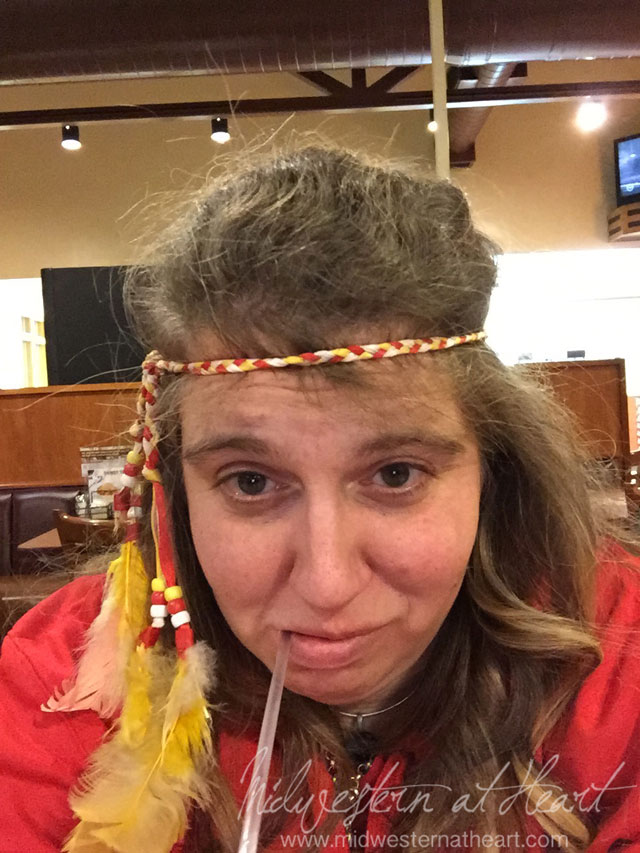 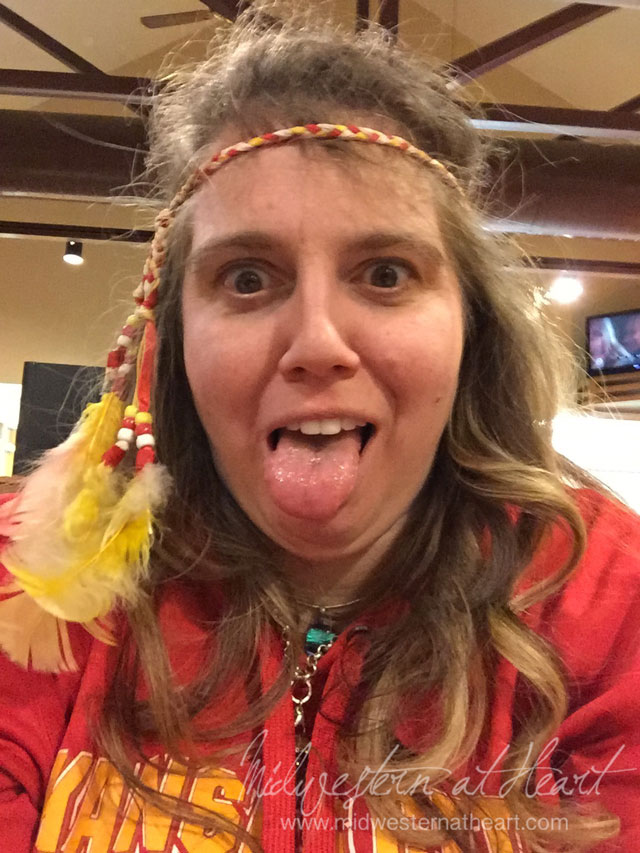 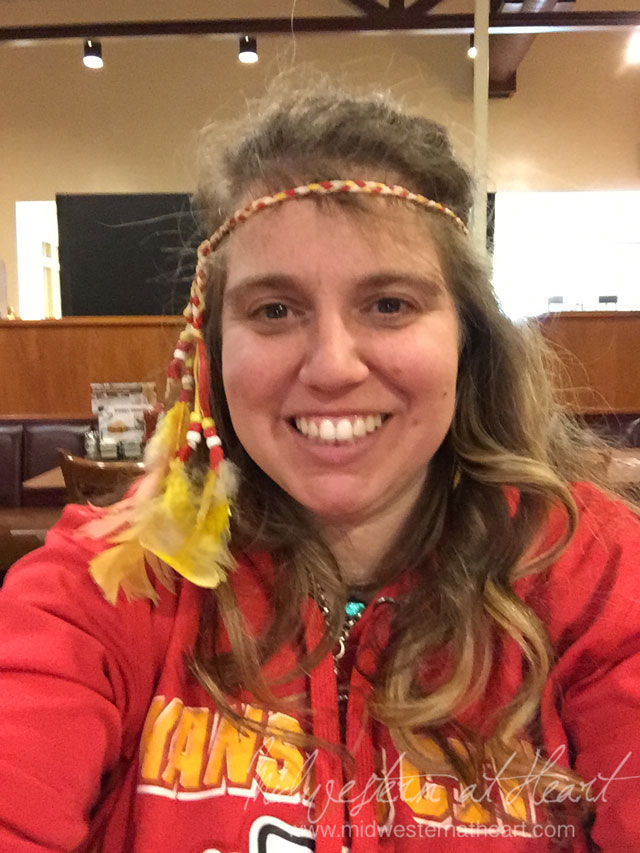 Saturday morning we had to switch drivers around Ennis. So we met the day driver at the IHOP in Ennis. We called 30 minutes out to notify them we had a large bus coming. At that point they only had one server and one cook but even at that… food came out quickly. They did awesome! 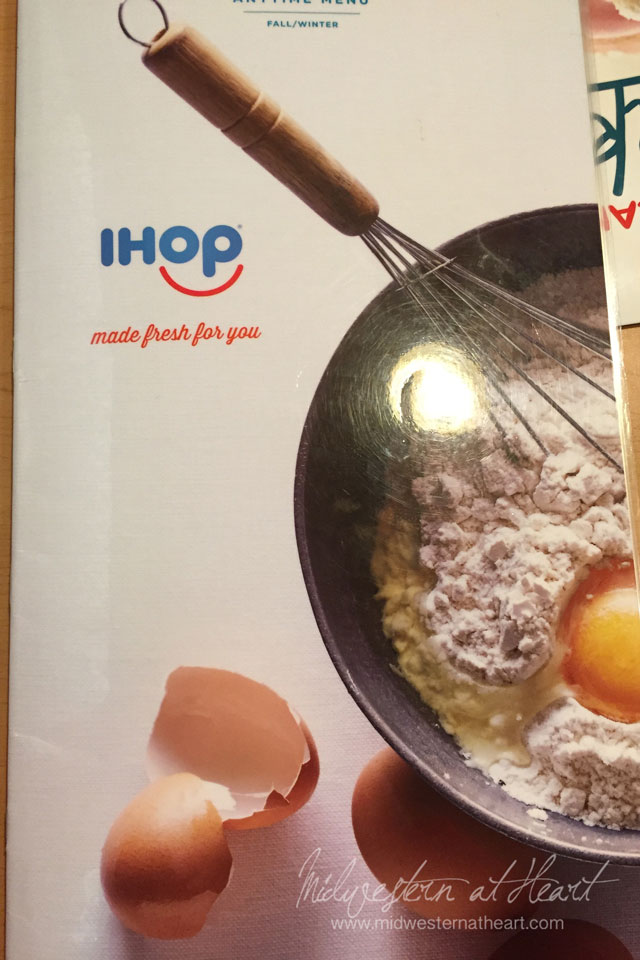 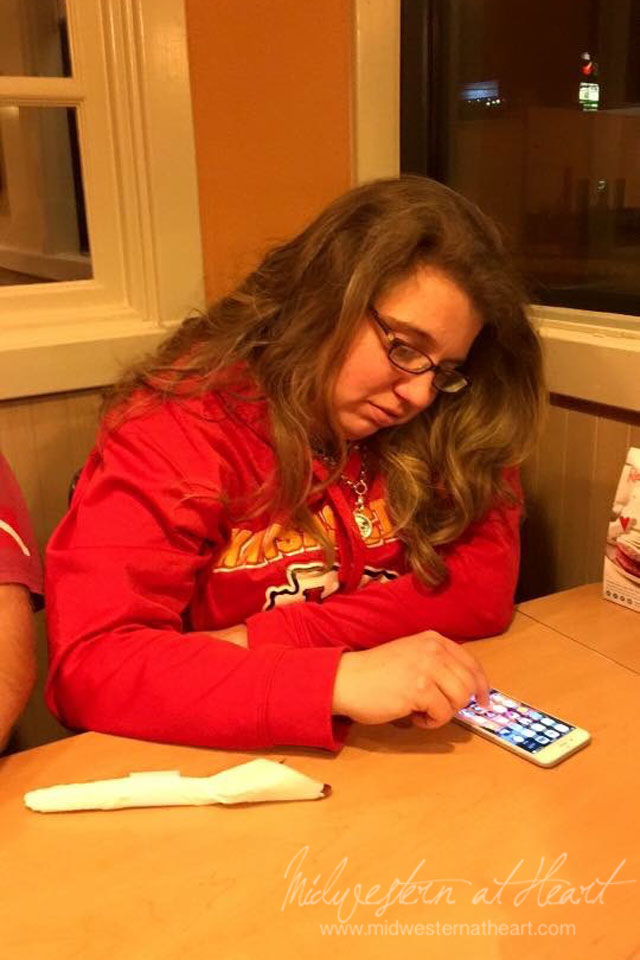 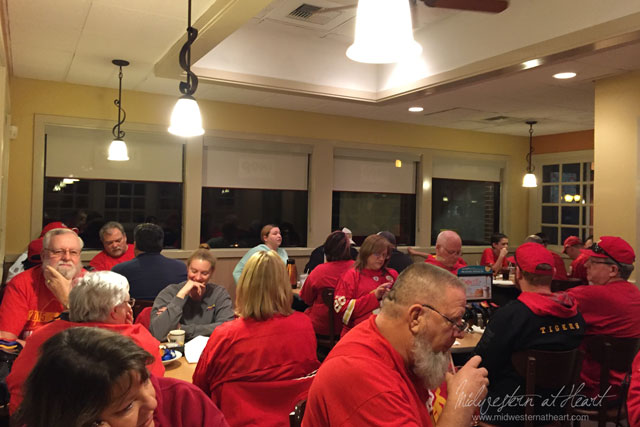 I had bacon, scrambled eggs, and 3 pancakes. It was all good but I wasn’t very hungry at 6amish in the morning. 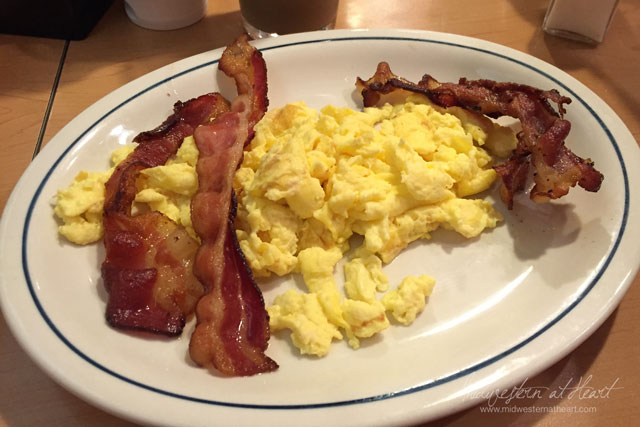 Hubby had 3 eggs over easy, hashbrowns, sausage links, and pancakes. 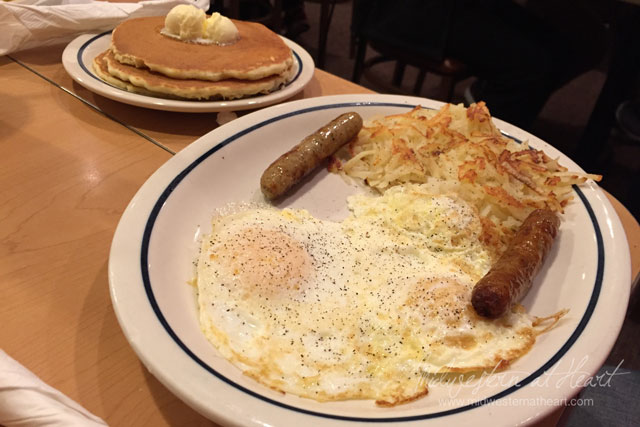 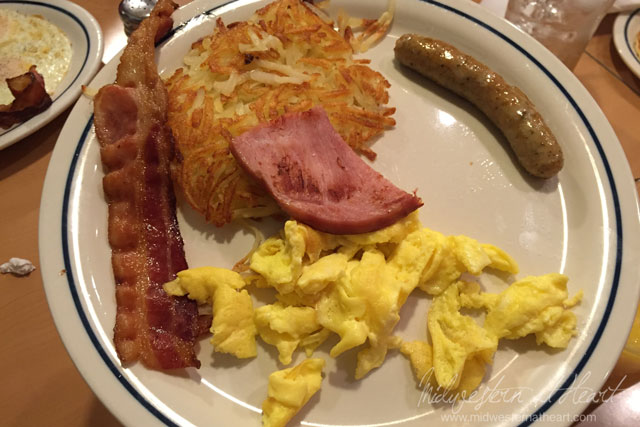 One of the Red Coaters had a birthday on Saturday so we had to sing Happy Birthday to her. She also wished for a win because, I mean, why not, right?

The tailgating food made the Chiefs post because really…..

On our way home we were trying to find somewhere to stop and eat that would get us in and out quickly. They finally chose Golden Corral. We called ahead to let them know we were coming. They were okay with that and put out more food. They said that they were pretty bare and had decided to not put anymore food out until we called. The food was okay. 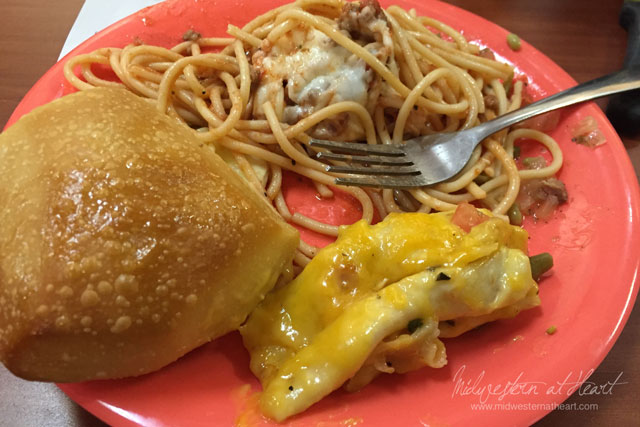 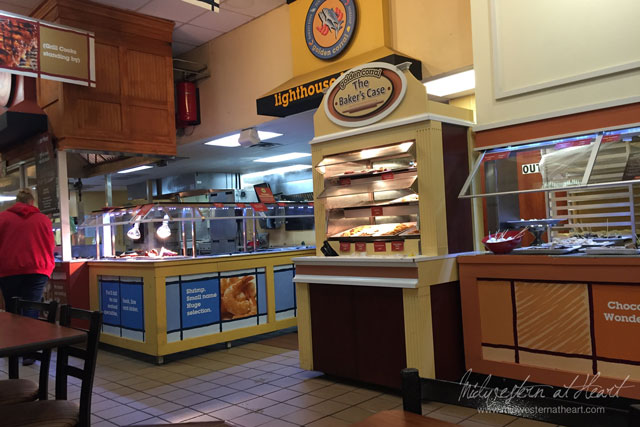 And that was our trip in meals!

Our Monday that Was
Beat the Heat, We're Scorching in the Midwest
This weekend... where to start?!?!
More Games