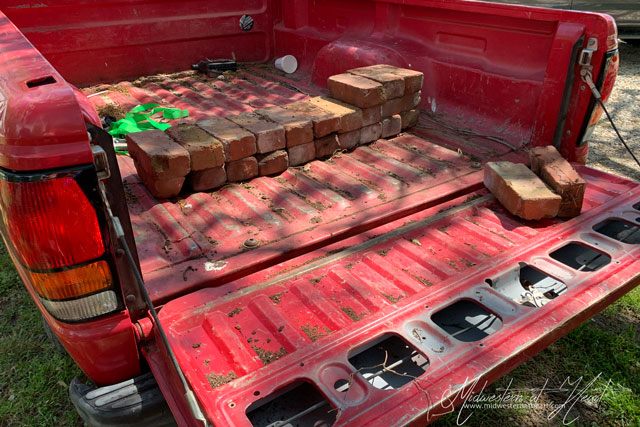 I’m a jerk and here’s a picture of a load of bricks. Scratching your head yet? Well… Here’s the story…

My hubby (and I…) bought a camper just before all this coronavirus stuff hit the roof. The sad fact of the matter was, we had discussed this last fall, but then nothing more was really said. Then come January, I was told by a couple of different people (none family members or him) that I was buying said camper. I got a little annoyed because we really hadn’t decided one way or the other.

Then he bought the camper, hauled it to our house, and parked it. The goal was to remodel it and have it ready to go by last weekend when we were supposed to have our Trails for Kids fundraising horse ride. Well, the ride had to be postponed as we all know. And the camper wasn’t ready anyway.

And ask how much work I have put into said camper…? Not nearly enough. Why? Because I might be living in the bitter barn. 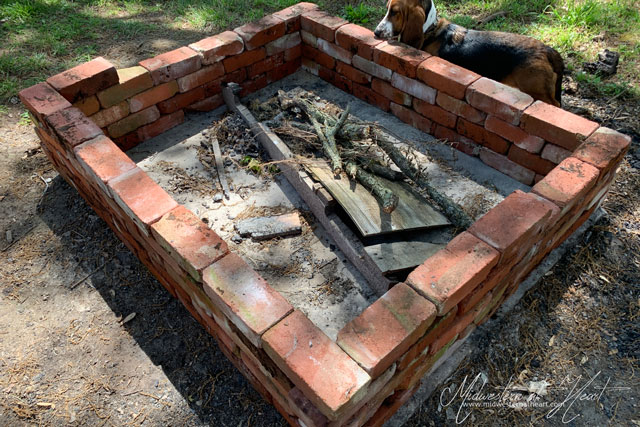 So today, like many days in these last few weeks, hubby asked for my help in sanding, painting, etc for the camper. And like I mentioned, shame on me, I’ve put in little to no work. One, he can’t keep me sitting still long enough. Through this coronavirus crap, I have done more work in the last couple of months than I probably have in the last year.

Our AC went on the brink so, between work and supervising the AC man, he asked me to paint. I finally helped, a little. Not a lot, but a little. I painted some cabinet doors and lined some shelves to move the plates and bowls we’ve recently purchased for our camper into the camper… (and out of my house!) 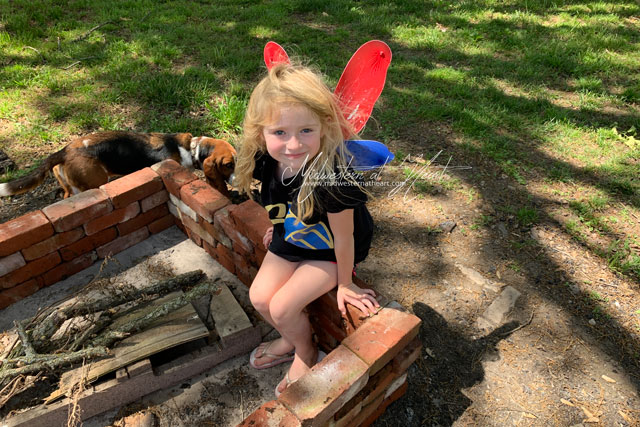 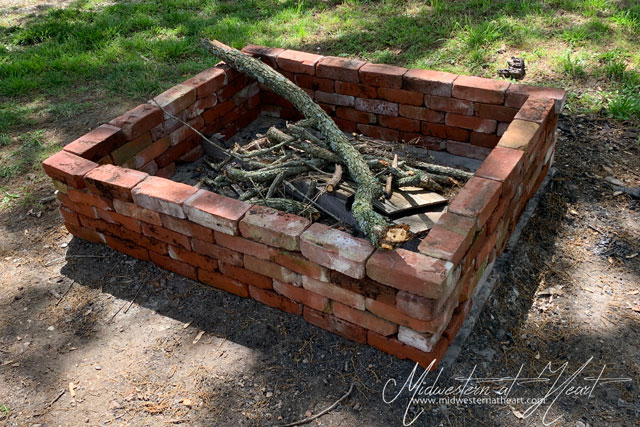 I’ve done a lot of cleanup work around the outside of our house. We had discussed that we’d like to have a fire pit, eventually. Well, my parents had a LOT of bricks lying I a pile at their house. I’m not 100% sure where the bricks came from, but I believe they were my grandparents before they sold their farm and moved to town back when I was a teenager. So I hit my dad up and asked if he had any plans for said bricks. He told me no. I asked if I could have some. He said, how fast can you get here? 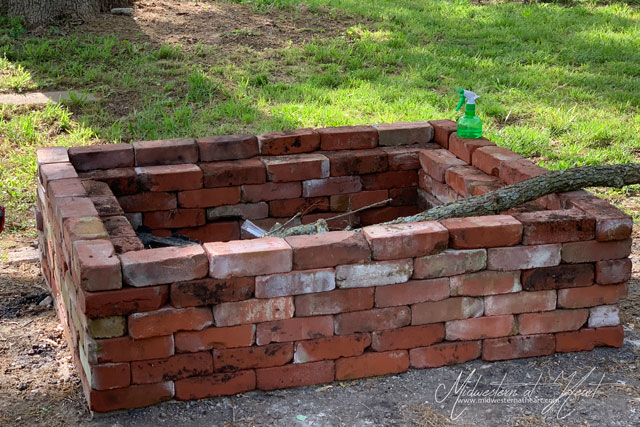 We had a concrete pad that was laid by previous owners that was kind of a thorn in my backside. So I decided that would be the base of the firepit. Then I loaded up over 100 bricks and came and set them around the concrete base. I was 12 shy of having 6 rows high. Dad came by to see and we discussed if I needed to cement them together or not. He suggested putting an inner layer. The inner layer would help stabilize it. And that was just what it needed. Plus it made it look more “professional.”

I went back to their house and loaded up another 112 blocks. 12 to finish out the 6th row and then 100 to start for the inner layer. Guess what, there are exactly 100 on the inner layer. How fun is that?

And that is how I am a jerk who built a Fire Pit.

One thought on “I’m a Jerk… Coronavirus Day 49”