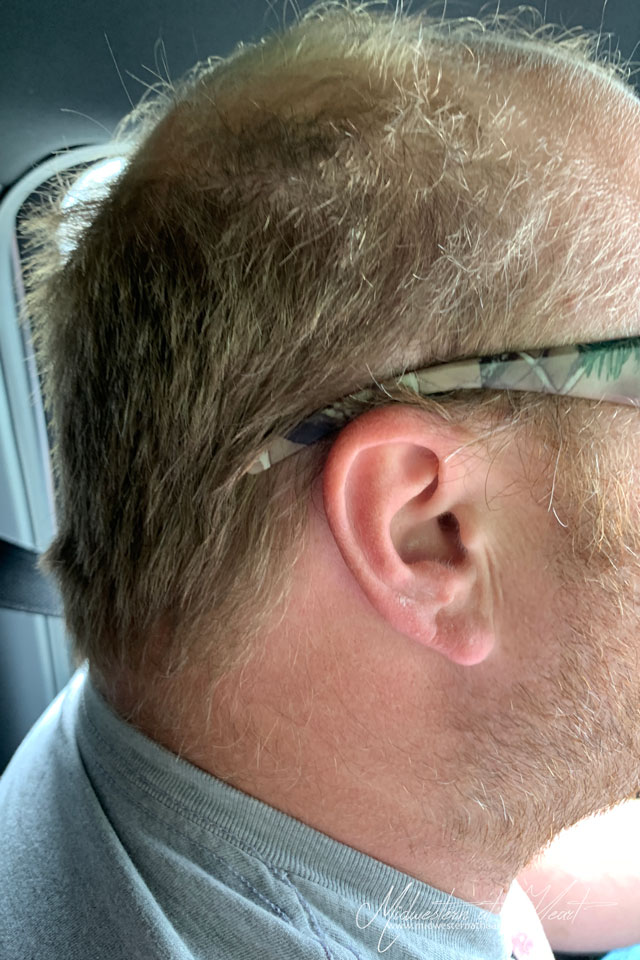 We’re in unchartered territory here. Heard that a lot lately? The other day I watched a video of a girl who was crying her eyes out because she couldn’t get her hair done or her nails done and she said, “This is the year of the farm wife.” I kid you not. So supposedly farmer’s wives, daughters, female farmers are ugly and don’t care about their looks. That’s what I gather from that.

When I was growing up, my mom had a job outside the farm (so did my dad… the used that to pay for the farm)… But my mom had her nails done every what is it 3-4 weeks. Whatever the time frame is. I’m not into long nails. They drive me nuts. I tried them for a while. I’m good without them.

Anyway… my mom wore gloves on her hands when she was doing anything around the farm from working horses to driving a tractor to bucking square bales onto the trailer. So when she went to work, people figured she was a “city girl.” Nails were her thing. Nice hands were too I guess. I was a little kid, I dunno. But the point is… I’m pretty sure we all care about our looks to some extent. Whatever…

Now with this pandemic thing… (haha)… getting your hair done is kind of unheard of. I poke fun at my husband a lot. I’m mean like that. I tease him because he’s a little light in the hair on the top of his head. But by golly he can grow it everywhere else it seems. 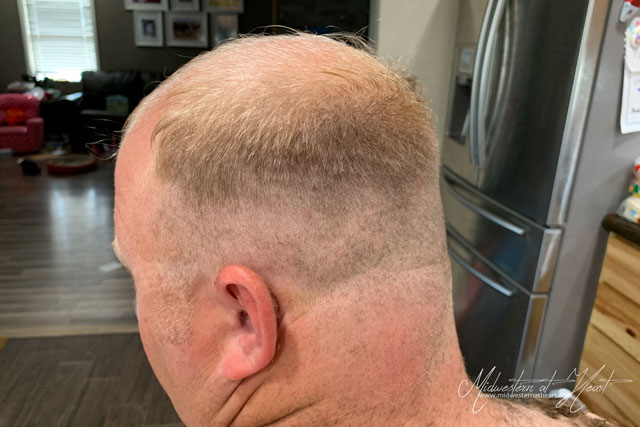 And when his hair starts getting long, it really shows his lack of hair on the top. So the other day I was being mean and poking fun at his long shaggy hair. If you knew my husband, he’s really more of a military hair cut type of guy. He loved living at the army base because he could get a skin, high fade. And they would actually use a straight razor to get him the skin look. When we went back there about 10 years ago (wow, it’s been that long), he made it a point to get his hair cut there because he loves that. 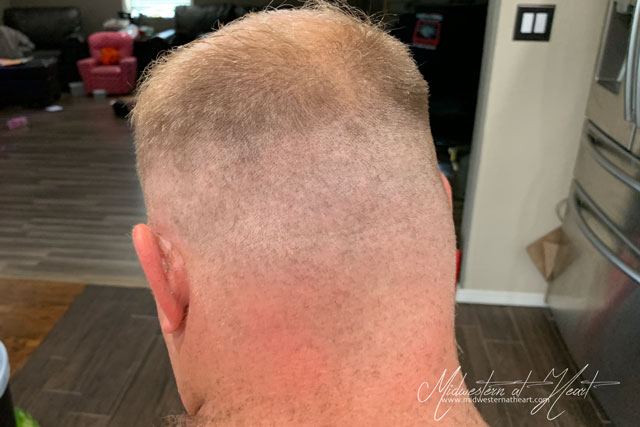 So this long shaggy look isn’t his thing. He was wishing he’d have gotten his hair cut before everything shut down. So I told him that we could buy clippers and I’d cut his hair for him. He laughed at me. I told him I was being serious. He told me to do some YouTube research. So off to the You of Tubes I went. haha. I watched a few videos and then, I told him I could do it. We are doing the pickup option at the store just to avoid going in… Just cause… so we put clippers on the list. And then… I cut his hair for him. I am no professional. 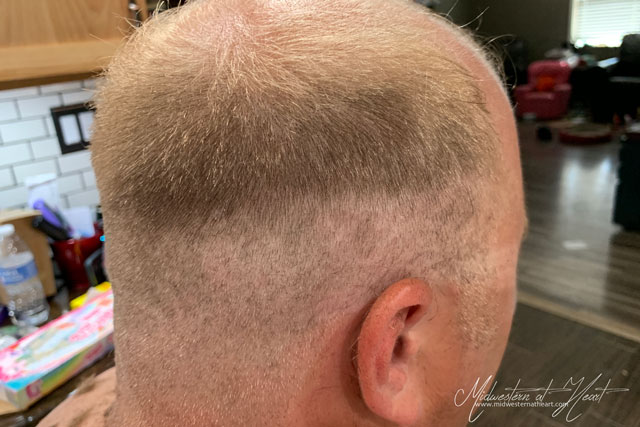 As you can see… I’m no professional. But at least I lowered his ears for him. He was happy and then he complained that his head was cold (like he always does every time he gets his hair cut).

My dad was in the same boat… needing a haircut. So I told him I could cut his hair for him too. He laughed at me as well. We’ll see if he takes me up on it…

Update: My dad took me up on the haircut option.

Comedy: Masculine versus Feminine....
Sunday Afternoons are Made for....
In light of recent events
What to Say?