For the record, It’s NOT me. Now back to regularly scheduled programming. haha. 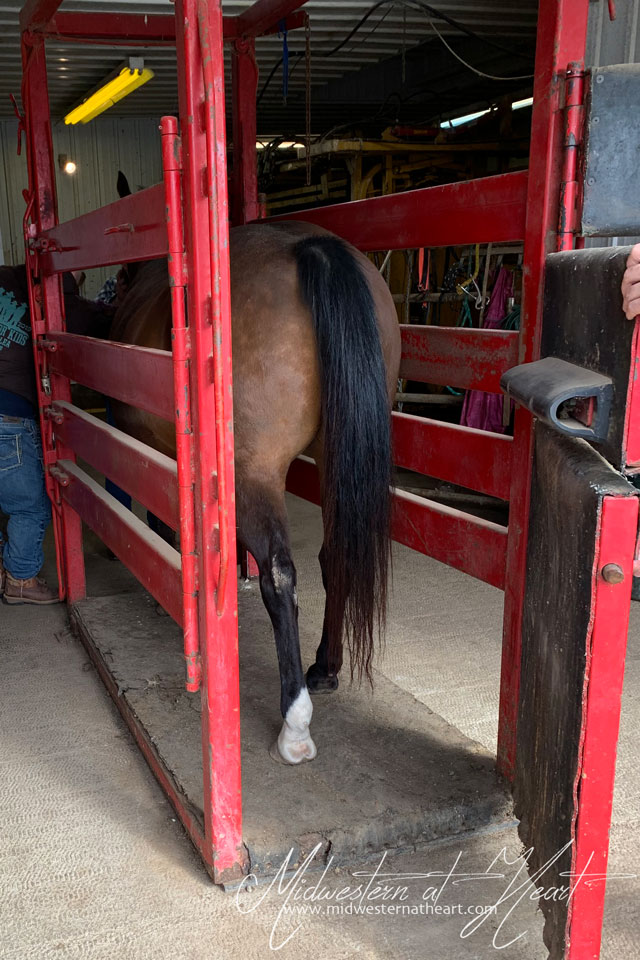 Since we’ve been home on this self-quarantine type whatever you want to call it, we’ve been doing a lot of riding. This has been our form of social distancing. But it has also been our form of not going mad in the house. Before this week, I’m pretty sure we’ve only missed riding a handful of times in the last month. That’s not bad, right? So why have we missed so much this last month? Well, because we started questioning if Aloha (the horse) was pregnant.

We’ve had a lot of times in the past few years we thought she was bred. Always turned out she wasn’t. We’ve only had her checked by a vet for pregnancy one time. That was the only time we really thought, fingers crossed, she might be. She wasn’t. She was open (not in foal).

Now one thing about this mare (female horse) is that she is kind of short and chunky anyway. That’s just her build. Big-boned as some might call it.

We’ve actually tried to breed her a few times. Nothing. She’s been in with the stud I don’t know how many times, unintentional. Nothing. We kind of gave up. 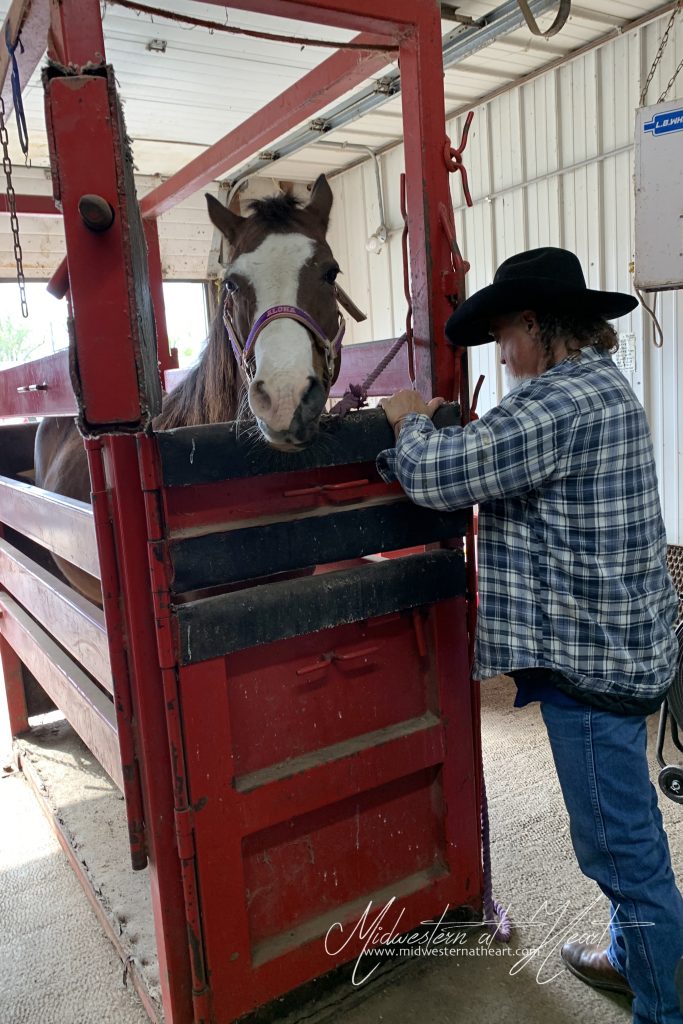 So why does it matter?

Because this is the kid horse. I swear, anyone, no matter riding experience can ride her. You can stand on her. You can crawl all over her. She just stands there. Now, this isn’t always a guarantee that the baby will be just like mama, but… this mare is getting up there in age, and I have 2 girls who absolutely LOVE this mare. I’m not looking forward to the day we have to tell either of them that she has gone to heaven.

Last week when I had to take Sisco to the vet, I crossed over to the large animal side and made an appointment to get the mare in with them to be preg checked. We were all very curious as to why she was putting on the pounds. Like I mentioned, she’s done this before… but this time felt different. 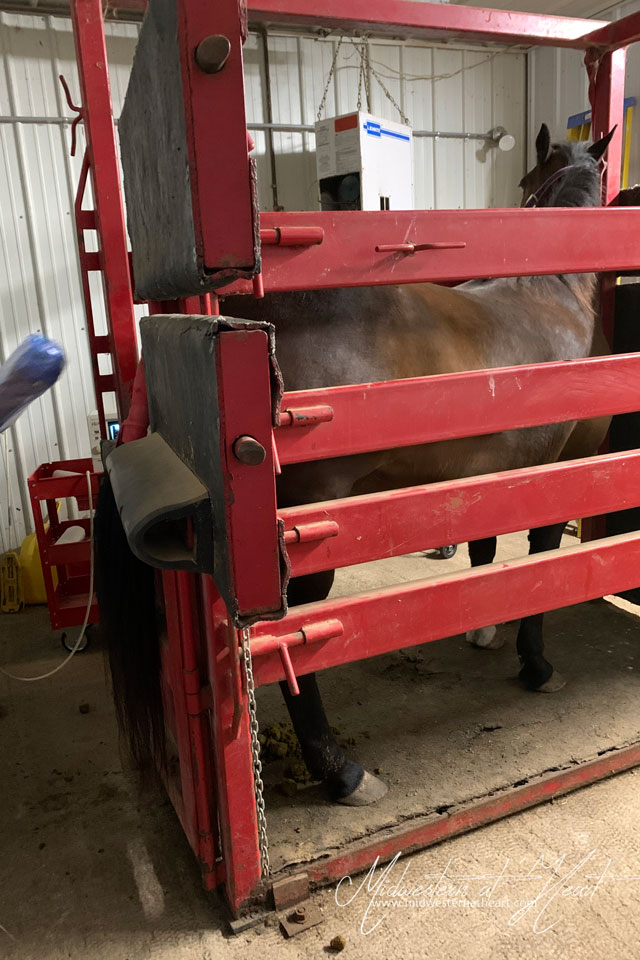 A couple of weekends ago when Tbug was over, she and Abug got into an “argument” over who would get this baby. It finally came down to: if it is a palomino (yellow with white mane) or full white, It is Abug’s. If it is Black or a form of brown (Bay (brown with black mane and tail) or Sorrel (all brown)), it would be Tbug’s. I threw my hat in the ring, I get it if it is a buckskin (light brown with black mane and tail and dorsal stripe (stripe down back). So hubby decided that if it came out as a blue roan, it’s his. Tbug and I aren’t sure that’s true because she and I both want a blue roan. 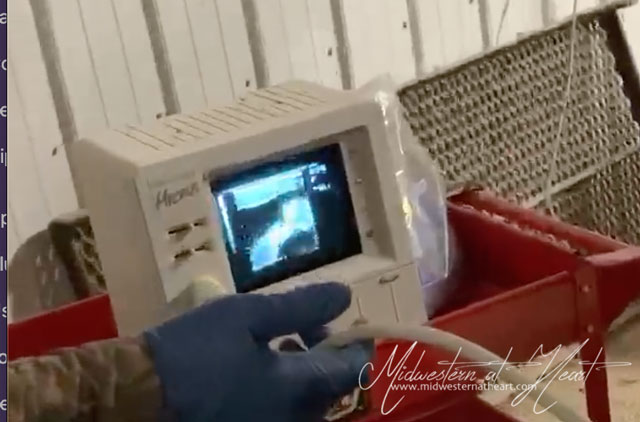 We have a baby. They are guessing her about 7ish months along. 4-5ish more to go. Horses carry for 11 months. Now, fingers crossed we don’t slip this baby (aka miscarriage). We sadly had another mare do that earlier this year. It was sad.

Come August we’ll find out who gets the baby. Now the mare is a Bay and the daddy is considered a dun (most typically tan or gold body with black mane, tail, and primitive markings, but daddy is almost black). So genetics say that this baby won’t be a palomino or white. It also won’t be a blue roan. The others are possibilities. We’ll see. I’ll keep you posted.

One thought on “Expecting a “New One” – Coronavirus Day 32”