I think I’ve mentioned a time or two that I hate cold weather… yes? no? I know the other day I said it was pretty but I’ve since changed my mind. Why do you ask? Well, my morning started off in the 5 am hour. My husband called to say that his truck gelled over. Now if you don’t know much about diesel trucks… their fuel can do what they call gel.

Basically, it goes from a liquid usable form to a gel-like substance that won’t work. So the way a diesel is made, it has a paraffin type stuff present. At 32˚F it is in liquid form but as the temps start dropping it starts hardening. Once this happens it can clog the tank and the fuel filters. aka, no fuel for the truck.

He was like 2-3 miles from the house and luckily went back roads versus being stranded out on the interstate.

My dad worked on finding a tow rope so we could hopefully tow the truck home, but I decided it was taking way too long so I jumped in my truck and headed off to get him some heat. I’m not sure if you know this or not, but no truck work, no heat. As I was driving over there I looked at the dash and my truck said it was -15˚F. Holy Hades! 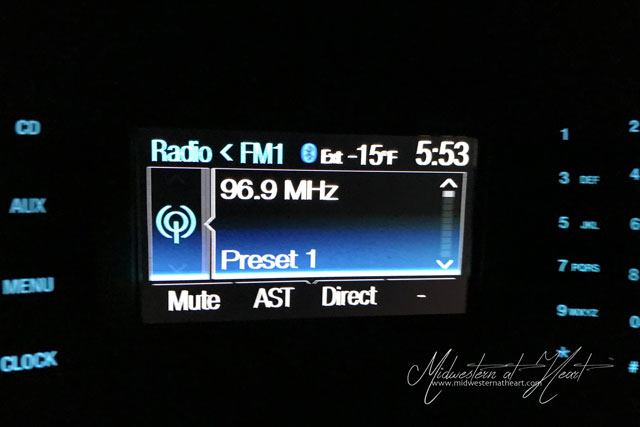 I had this gut feeling that my husband left for work in a t-shirt and a sweatshirt jacket he’s been wearing. As I was probably less than a mile from him he calls me and asks me to get over there to warm him up. I was like, honey, I’m already on my way. I had the heater cranking plus I grabbed him a heavy jacket and I had a pair of gloves for him in the truck. I try to keep gloves for both of us in the truck. Now usually in the winter I also have a blanket in each vehicle but I guess I failed there.

I got him in my truck and tried to help warm him up. About 5 minutes later or so dad showed up with tow chains. I kind of lost some faith in humanity this morning. My husband was in his truck, sitting on the side of the road, and no one stopped. My husband’s cousin asked the other day on Facebook or more so stated that she hoped that if she would have been in a wreck, someone would come check on her. I will tell you now, she’s an EMT. A Paramedic. They say they are wired differently. I mentioned how a couple years ago I hit a deer and no one stopped to check on me, not once. And that day I couldn’t get out of the driver’s side door. I had to crawl over the console to get out.

Now you can say it was in the 5 am hour, yadda yadda, but there were at least 4 vehicles that passed us while I was there. Who knows how many more passed him before I got there and no one stopped. I’m quickly losing faith in the Human Race.

Anyway, on a positive note, we hooked him up to dad’s truck and got him towed home. I kept my truck warm for him and sent him to work in my truck. 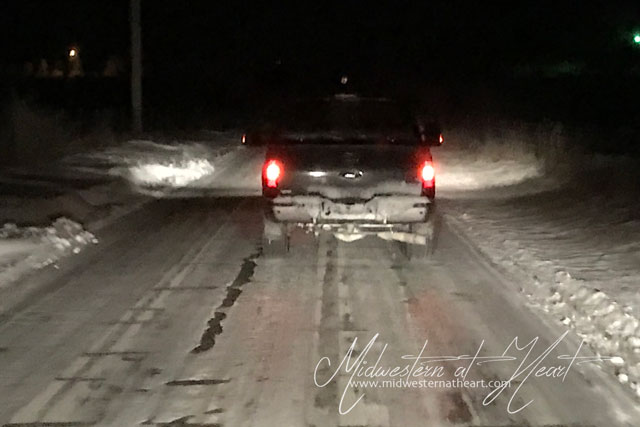 When we got back here I stayed out and did chores. Then I went back to bed. I had on my PJ’s and then my bibs, muck boots, a sweatshirt, and my barn coat. I was cold when I got back in the house. I was out there maybe 20 minutes doing chores. I can only imagine how cold hubby was. I got back in the house and Abug decided to wake up (remember, right now we live with my parents so she stayed home snug in bed. Mom stayed with her).

I spent the next hour trying to get her back to sleep because she didn’t sleep well last night. I took this screenshot of the temp at around 7 am. Hubby sent me a message around 8:30 saying he was still cold. So am I and I wasn’t in the cold nearly as long as he was or in as little clothing as he was. I can only imagine. 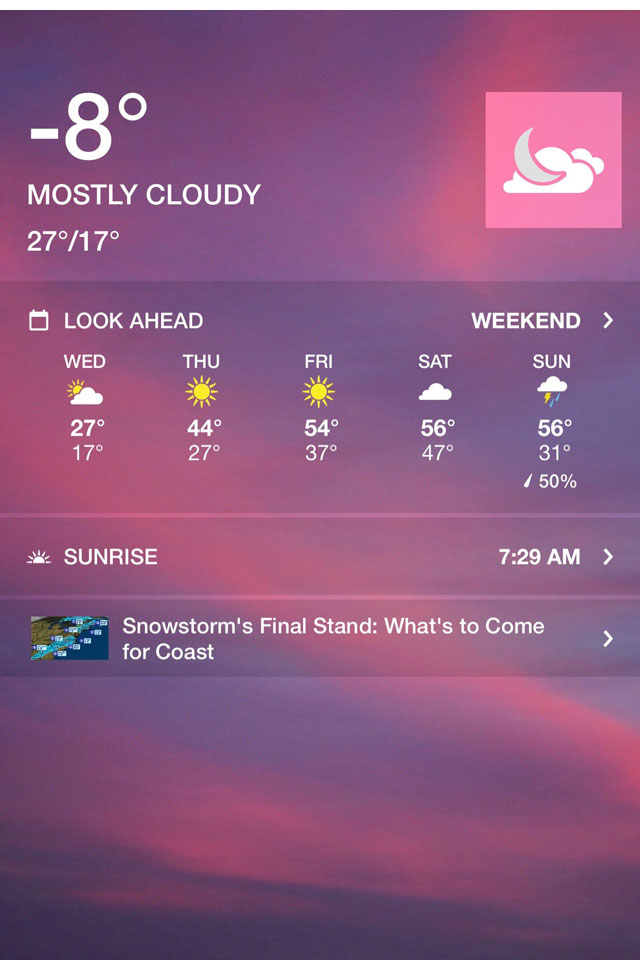 Ok, Christmas is over, bring on the heat! I hate this cold. It’s for the birds.

Reuben Rolls
Book Club - Under the Table
Cream Cheese Spaghetti!
That thing that happened in high school that pretty much changed your life forever

One thought on “This Cold Stuff is For the Birds!”