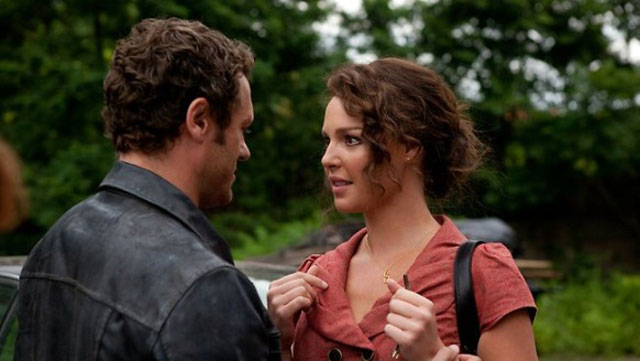 I was sitting here thinking, who fascinates me? Is it sad I chose a character out of a novel?

Fascinate: draw irresistibly the attention and interest of (someone).

Who draws my attention? Sure, I like people like Jennifer Anniston, Courtney Cox, Lisa Kudrow, etc. Wow, I just named all the female Characters from Friends. Sad but true… but do they truly fascinate me? Not really. There are the male characters as well, David Schwimmer, Matt Le Blanc, and Matthew Perry. I just had to name them all.

There are people who every so often I need to look up information on, or would at least like to look information up on. Oddly enough, I think I’m one of those people who eat up information. It’s kind of an annoying habit really. Just the other day I got teased for being the “internet look up lady.” I think it was meant to be funny, but I am that person. When I want to know something, I look it up. I like to know things. And remember, if it is on the internet it MUST be true. ha!

But who truly fascinates me? That’s when it hit me…..

Who is Stephanie Plum? She’s a character in Janet Evanovich’s novels. They are a series of books that follow the life of Stephanie Plum. She fascinates me so much because I feel like I can relate to her, a lot. I started reading this series back in 2005 when I graduated from college and didn’t know what I was going to do with myself. At the time, I had a part-time job as a waitress and was desperately searching for a job as an Ag. Teacher, which I never found. So I subbed for a year, hoping to get some experience under my belt so the next summer I would find a job as an Ag. Teacher. No such luck.

At that time, I was 23 years old. Stephanie Plum was closer to her 30’s. But like me, she was kind of lost. She lost her job at the department store she worked at and eventually wound up working for her cousin Vinny as a bounty hunter. Now… she got herself into some predicaments that I never want to find myself in, but the adventures at the same time beat the mundane life I was leading at the time.

The first book was written sometime in the 90’s. At that time, Evanovich wrote the novel to sell to Hollywood. It took many years before the writers and Evanovich could come to an agreement on the film script, but eventually, they wrote the movie. I can’t say it was a huge Hollywood success either. In my opinion, the books are way better than the movie. And I can’t say I was totally in agreeance with the actors they cast for the different roles.

I guess I wanted Stephanie Plum to be a lesser well-known actress so that when people saw that person later in life, they’d refer to her as Stephanie Plum. When I see Katherine Heigl, I see Izzy Stephens, Grey’s Anatomy.

Summer of 2006 my mom and I drove to Des Moines, IA, to a book reading by Janet Evanovich. At that time Twelve Sharp was coming out and Evanovich was doing a book tour across the country. A lot of people asked who would play Stephanie Plum in the movie and a lot of people wanted Sandra Bullock. Again, I didn’t agree with that either. But no one asked my opinion.

Between all the blown up vehicles and all the weird predicaments that Stephanie Plum has gotten herself in though, she just totally fascinates me. I feel like I’ve grown apart from her since I got married really because sitting down with time to read hasn’t always been an option. I attempted school once and then went to grad school. Time to read for pleasure when both of those happen isn’t always possible… but I still love to sit down and read a good Stephanie Plum book. However truth be told, I hate the between the novel books. But I love the real numerical books.

So there you have it. And with that… I’m out!