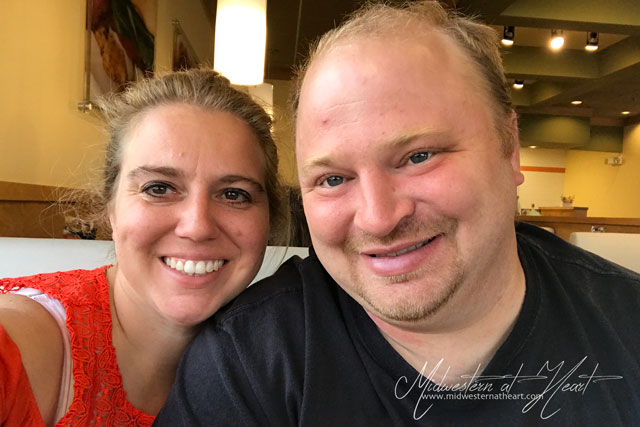 Hello. We’ve now been married 7 years. Some days it feels just like yesterday that we were dating and other days it feels like much longer. But the thing is…. we still kind of like each other. (haha)

Our morning started off with breakfast at Jimmy’s Egg. Ever eaten at one of them? You should. They specialize in Breakfast and lunch. This… this is good and totally worth every last calorie laden bite. This is the Carnitas Skillet. I’ve tried and tried to find the description and I’m afraid if I tell you I’ll forget something…. so be prepared…. It’s hash browns, eggs, cheese (Monterey Jack), pulled pork, sausage, bacon (maybe, I can’t remember), topped with tomatoes and onions and just all around YUM! 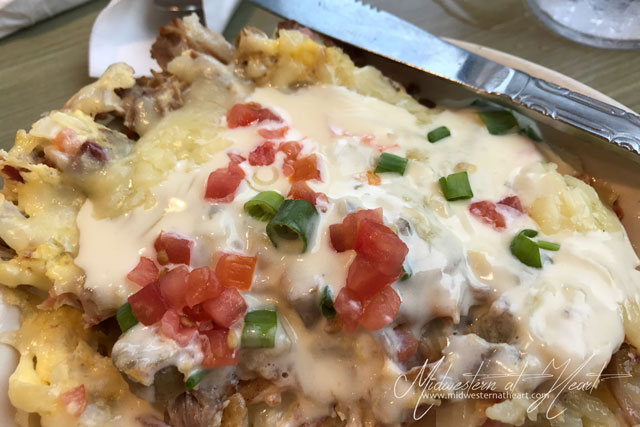 And no anniversary is complete without a trip to Lowe’s, except maybe with a trip to Walmart. Darn, we missed out on that one… Don’t worry, we went to Lowe’s twice and O’Reilly’s Auto Store. Long story, but just know, the tractor broke down and we were trying to jimmy rig it to fix it. 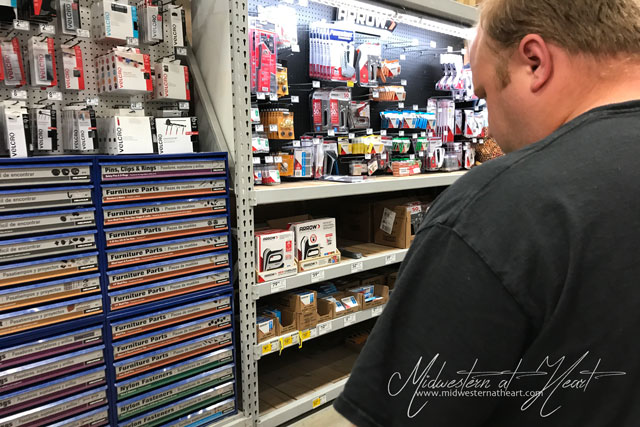 Wait, did you say tractor broke down. Yes, that means…. We spent our anniversary in the hayfield. When the sun shines, you bale hay! Hey, cows gotta eat too. They better appreciate me come winter is all I have to say :). haha. I’m sitting on a bale that was maybe at most 3 1/2 or 4 feet tall, twiddling my thumbs, while hubby and my dad fixed the broken tractor. Next stop… moving hayfields. 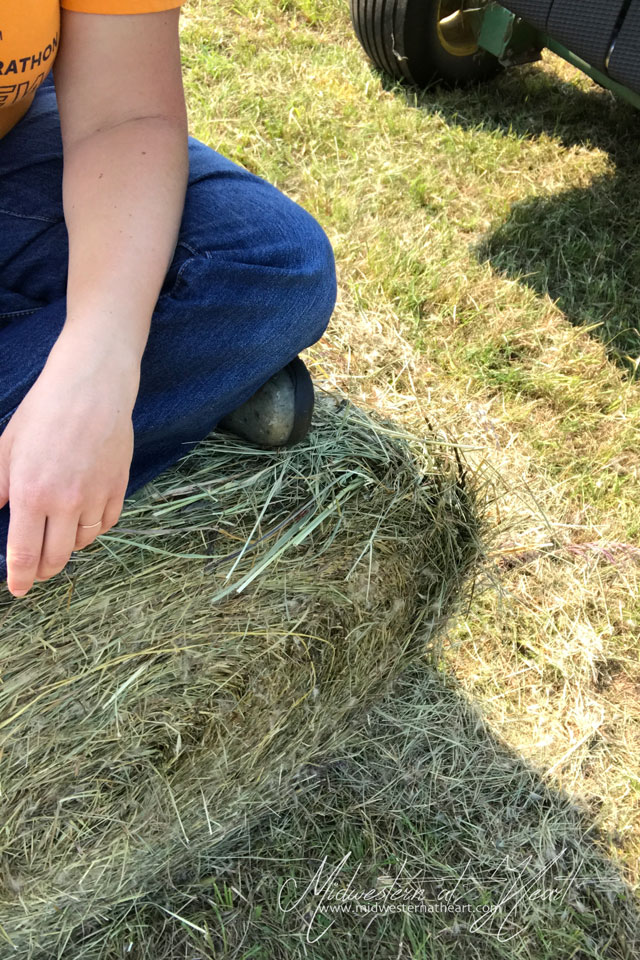 Yes, you read that correctly. We had to move hayfields. We got these fields done on Sunday. Time to finish up 2 more fields. And by the way… I blame my husband. So earlier this year hay season went well. Almost too well. Hubby kept saying, when is the other shoe going to drop? I kept telling him to shut up, knock on wood, and don’t scare this good luck away. And then he did…. 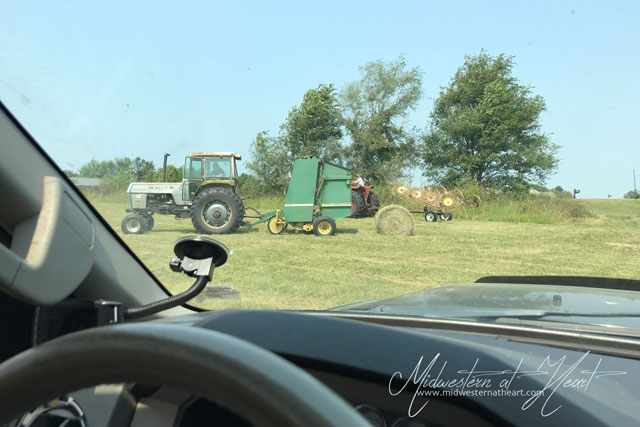 The red tractor had minor issues… as in every so often, it would die. Unexpected. Randomly. Not much warning. So we had to get the air tank, blow the lines, and then wait for it to cool off so we could restart it. No big deal really. Sort of. This was the tractor that had been fixed earlier in the day… after the trips to Lowe’s and Oreilly’s… You couldn’t put it in or out of gear. No big deal… 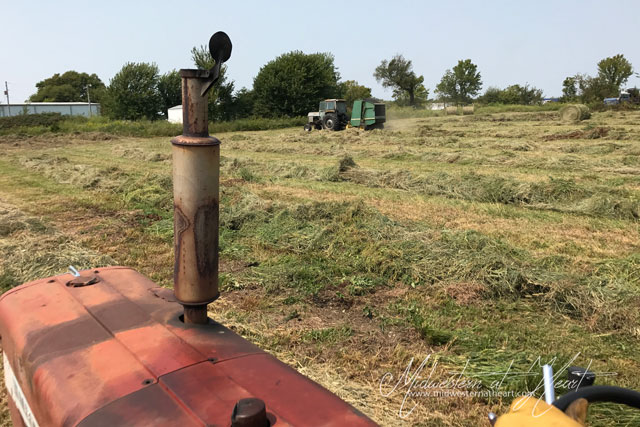 All was going well. We were on schedule to be done early. 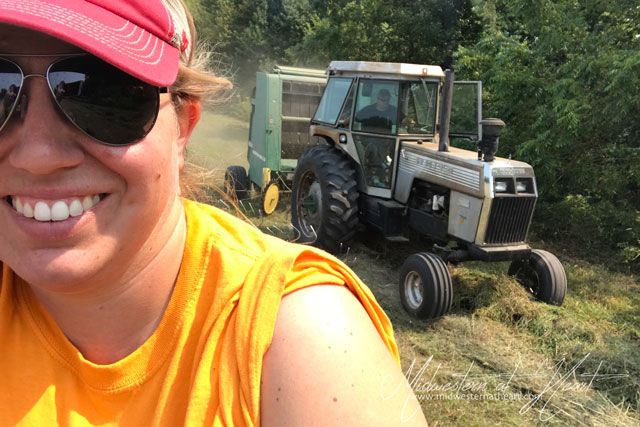 And then the baler took a crap.

We got one of 2 fields done. The field done was the smaller of the 2. Some line broke and spewed fluid everywhere. Oh and to top it off, weather predictions were 60% chance of rain starting at midnight. Shakes my head all while blaming hubby. 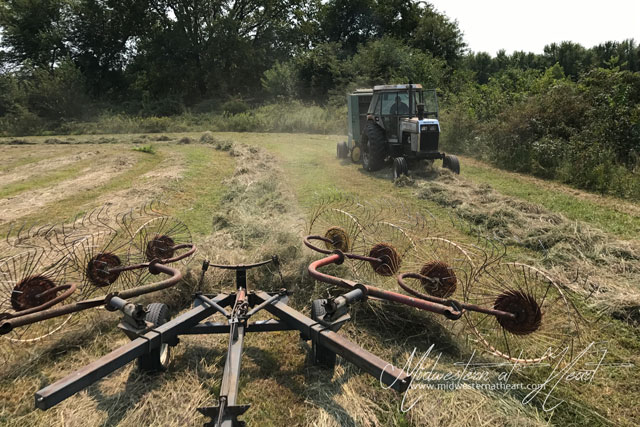 To say we were tired and frustrated didn’t even begin to explain the emotions running through everyone. Monday of Labor Day Weekend, all parts stores closed, and we were running out of time. Time to call in reinforcements. Dad called one friend while hubby called another. Dad’s friend Wayne got to the field first. And guess what… our tractor was too much power for his baler. His baler hated us. So he went home and got his tractor. 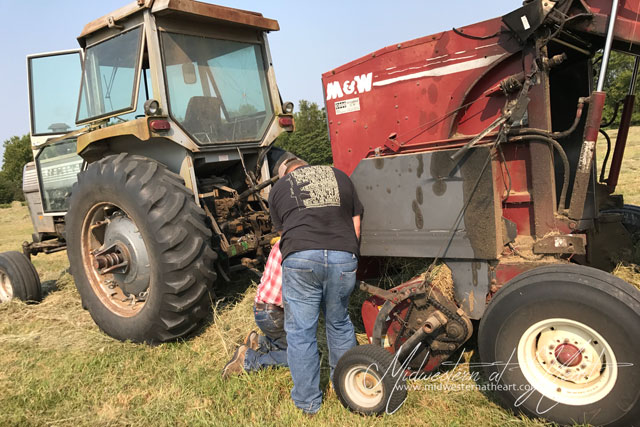 Meanwhile, I ran to the store to get drinks and snacks. Snacks = Snickers, Cheetos, Doritos, and M&M’s. All the essentials. When I got back to the field, hubby and I sat in the truck for a few minutes, enjoying our anniversary. Then, at some point in time, I wound up riding around on the tractor while hubby waited on Jared and Grady to show up with their baler/tractor.

I hollered at hubby to bring the truck/air pump and we blew out the lines. Well to do that, you have to remove the fuel cap. Note to self and dad and hubby: It’s handy to remember to put the fuel cap back on, otherwise, you lose it in a windrow and bale it up never to be seen again. But note, I went walking windrow’s looking for it. 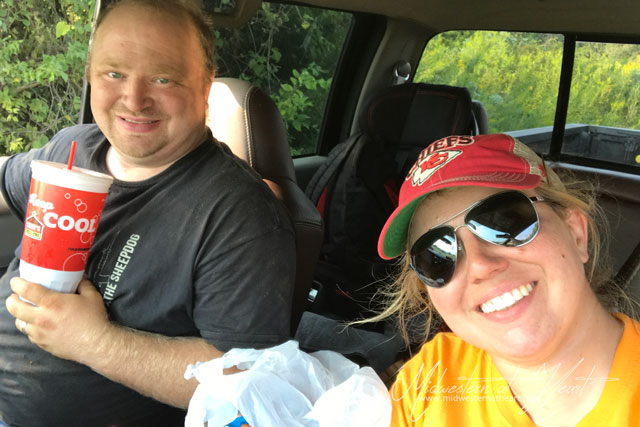 Here’s the thing… Friends rock. There is a song that talks about you know who your friends are. The ones who drop everything to come running when you’re in need. Let’s just say, we owe these guys! We got all hay put up. Then it didn’t rain. I said it was because we got all the hay put up. 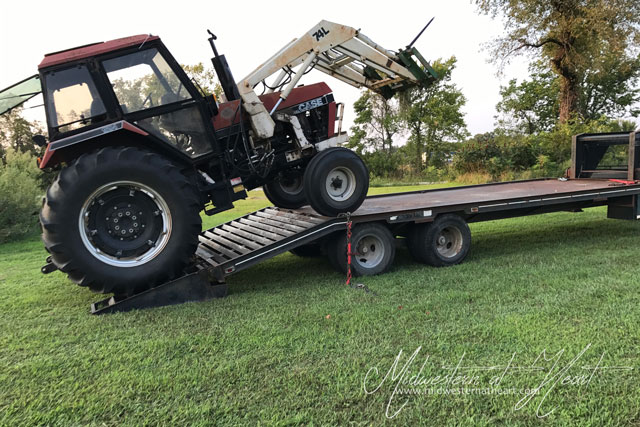 You want the farm wife look… here you go… 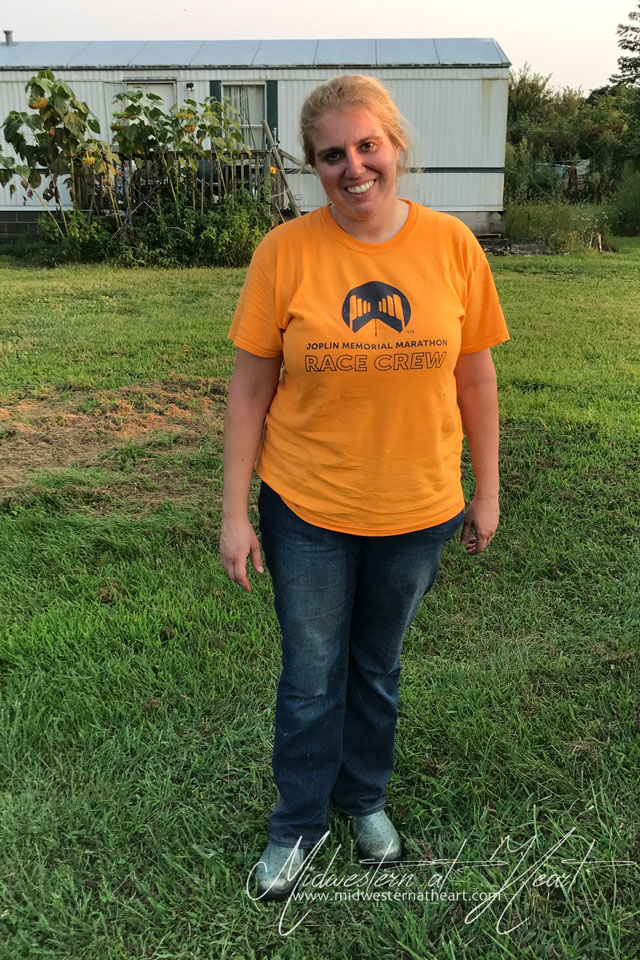 We finally got out of the hayfield at 7 pm. We went home, took a shower, and went to dinner at Chili’s. 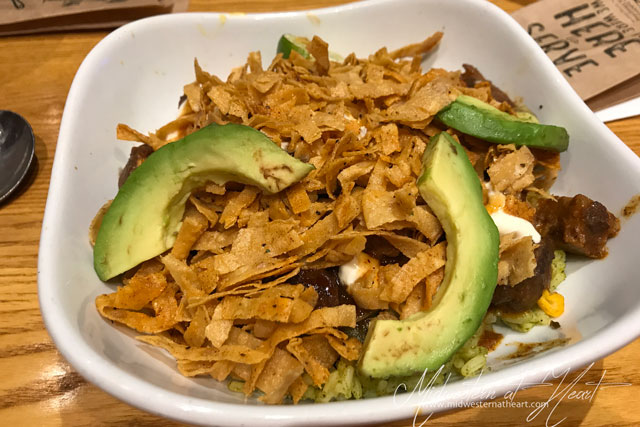 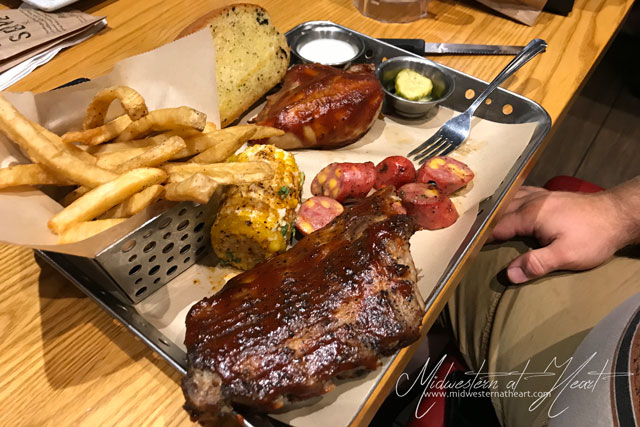 And that my friends is how you have an anniversary.

Hey, don’t you spend your anniversary in a hayfield?

One thought on “7th Anniversary”