Do you ever just wake up one morning and realize your day isn’t going as planned? When I woke up this morning I wanted to do something, I just wasn’t sure what. Today though was not what I planned.

My dad and husband planned on going and renting a bobcat. They planned on scraping the colts (horses) pen as well as the runs off the barn. Once that was done they were going to scrape out the back and put it more in a mound.

The more I thought about it that day the more I thought I wanted a garden so I started plotting and scheming where to put it and what to do. That’s when I decided to do a raised bed garden. I figured I needed landscaping timbers but my dad told me he already had some Cedar boards in the barn I could have so I decided that’s what I was going to use. While dad and hubby worked on scraping pens I went to working on finding boards, measuring boards, cutting boards, etc. Every so often I got help from them. 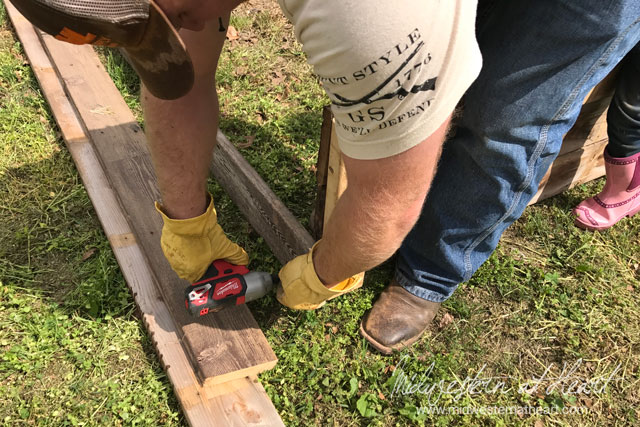 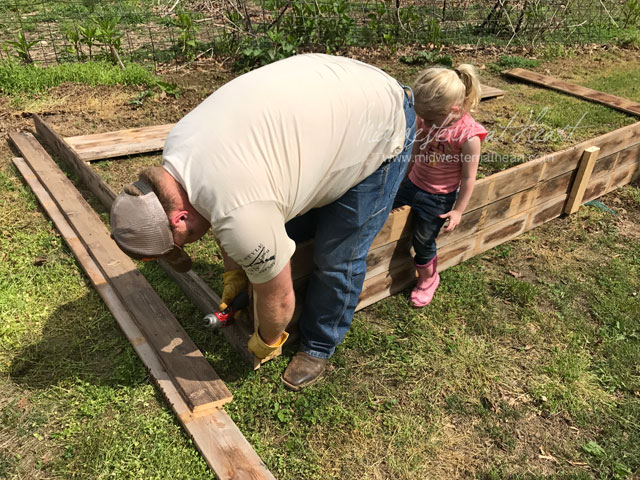 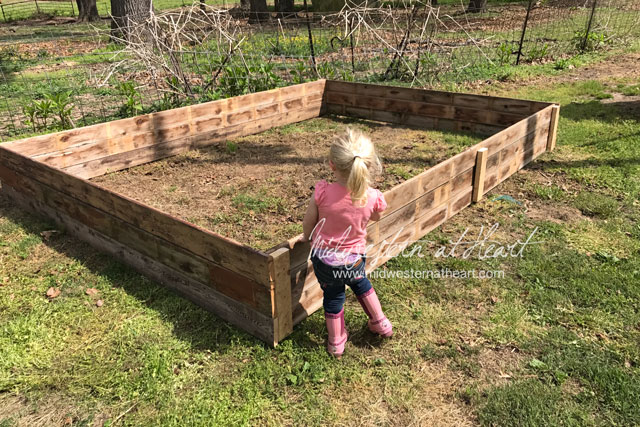 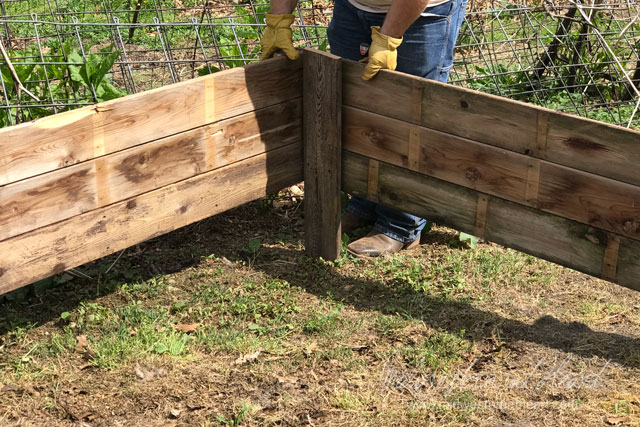 Once I had my frame built then it was time to go to the store and pick out what to plant in it. Yes, I kind of did that a little backwards but my mom offered to go with me so heck, why not. Plus the guys weren’t ready to move “dirt” over for me just yet.

Did you know dirt is a four letter dirty word? In my Soil Science class back in college we were never allowed to call it dirt. Dirt doesn’t do anything where soil grows plants. 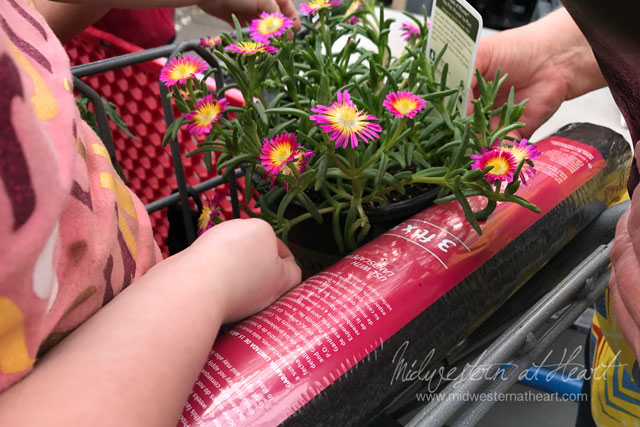 When I got back to the house they were ready to move soil over for me so I took them up on it. Hey, it beat moving it one wheel barrow at a time! All I had to do was use the shovel and a rake and smooth it out. 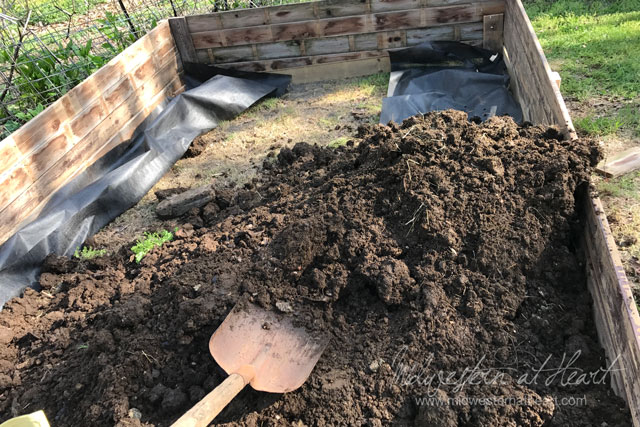 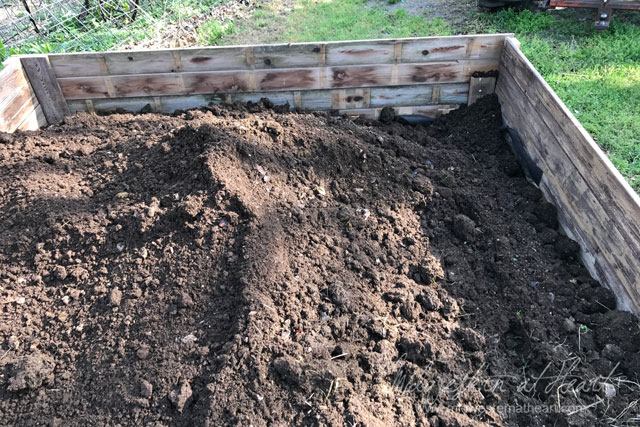 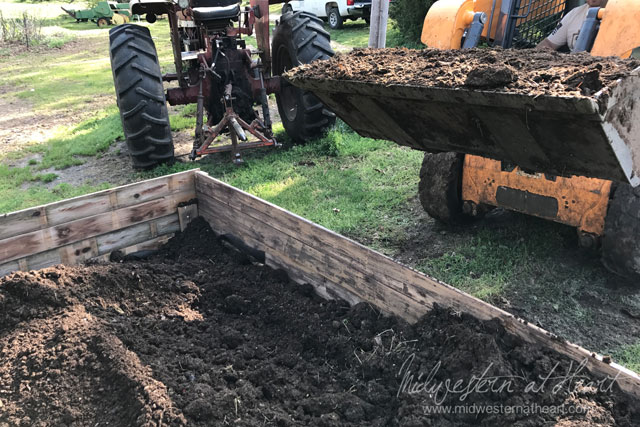 We were planning on this being a vegetable garden although there was one flower added to it. Abug decided she wanted a pretty flour so we put it in the vegetable garden. Hey it added pretty color! 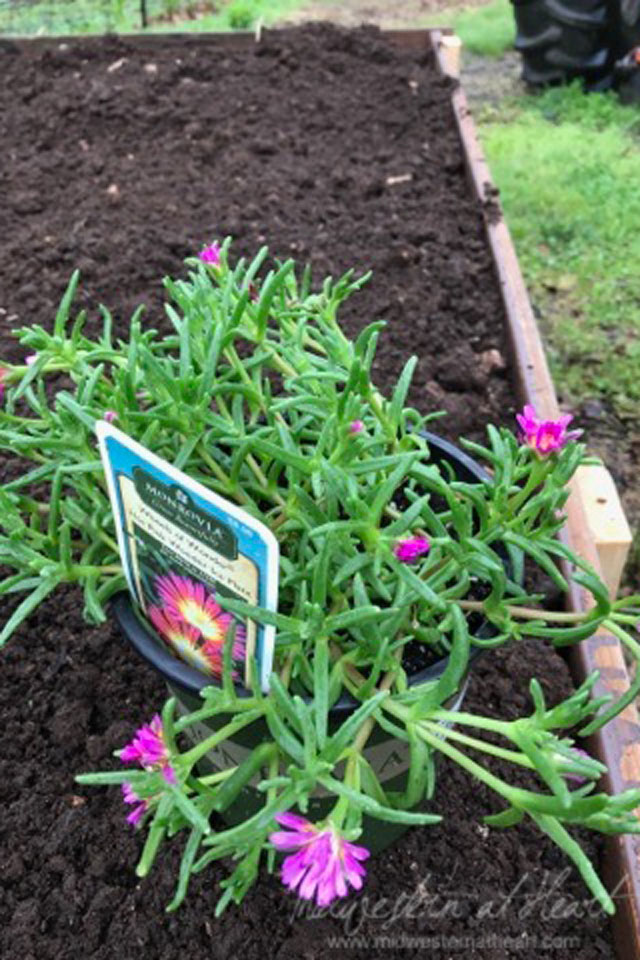 Otherwise we went with bell peppers, jalapeño peppers (opposite corners obviously), banana peppers (sweet and spicy peppers can’t be near each other!), Beefsteak Tomatoes, Roma Tomatoes, carrots, corn, green beans, and I feel like something else but I can’t think of it and it really isn’t that large of a garden so maybe that was it. 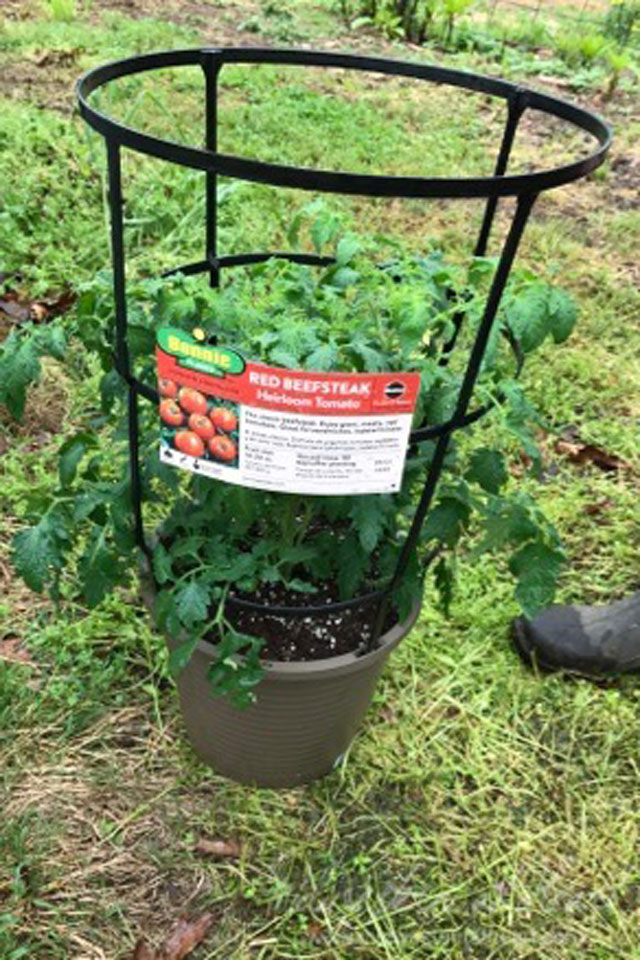 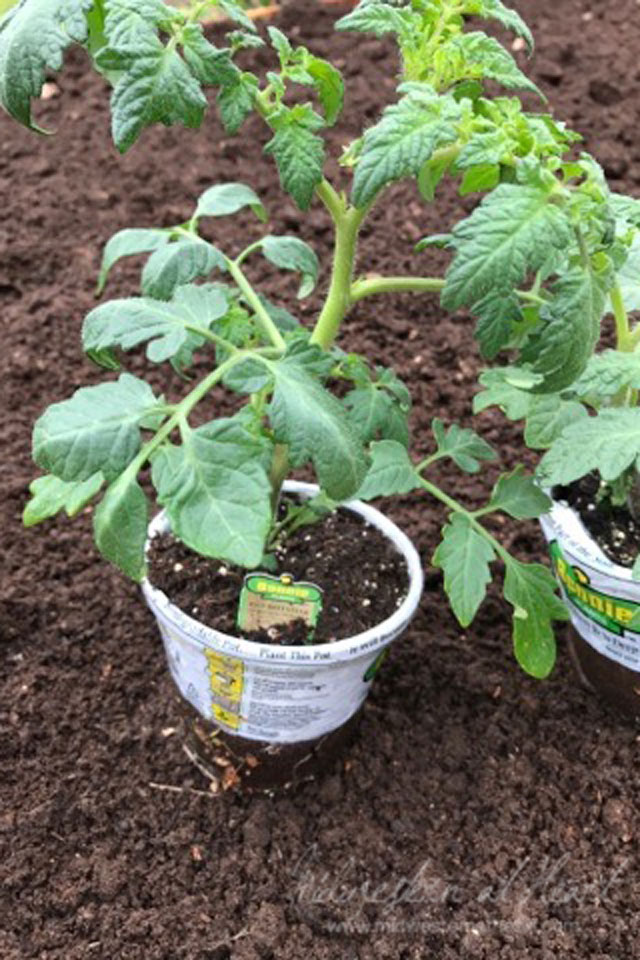 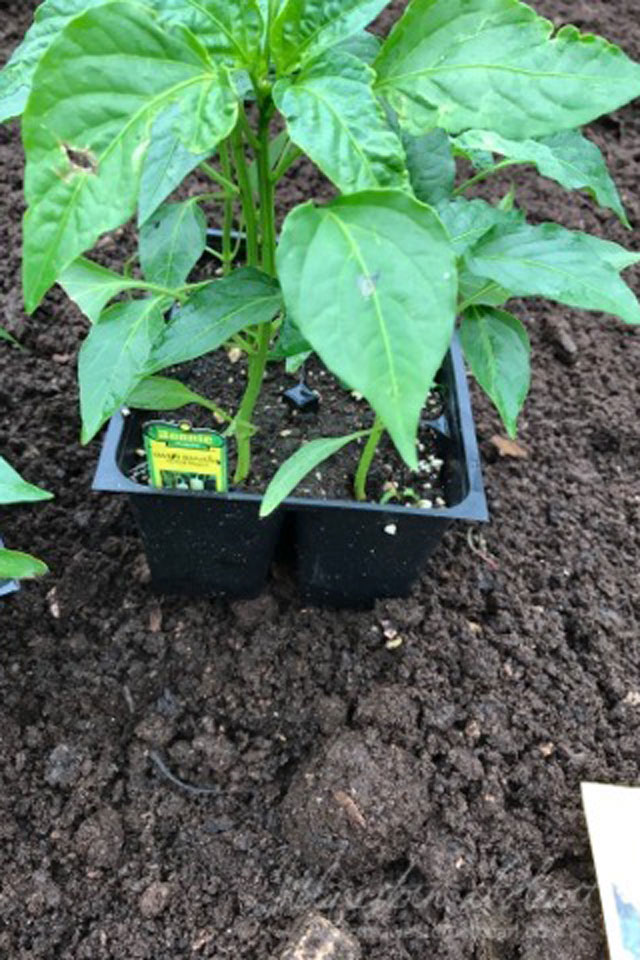 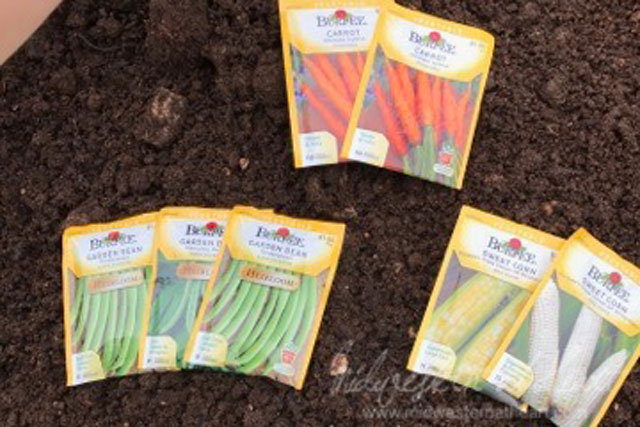 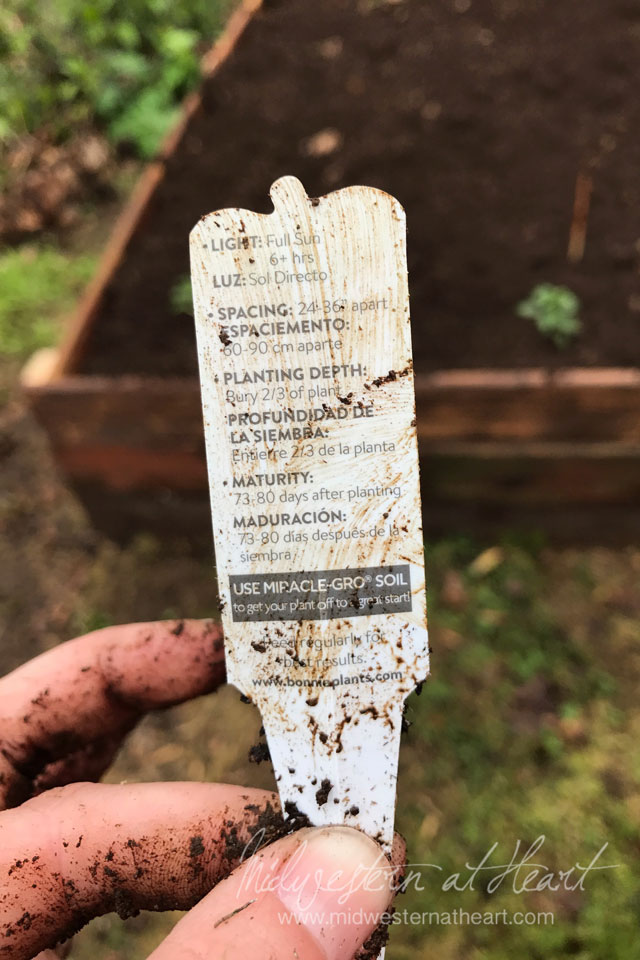 I’m giving this garden thing a try again. The last time I tried it didn’t work out so well. I’ll keep you updated, but wish me luck!!! 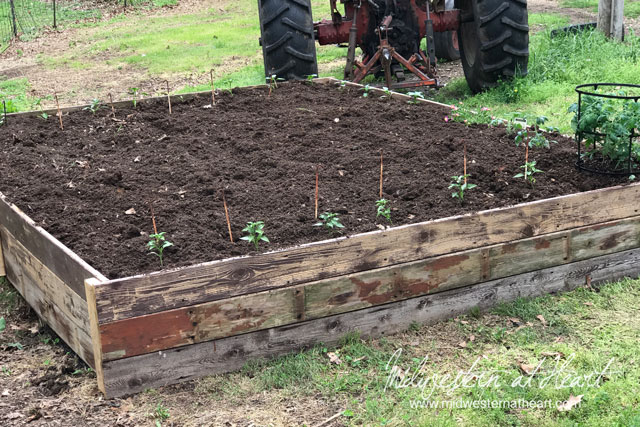