If you were to ask me what my favorite kind of pie was… well I have 2. I love Cherry Pies but I also love Coconut Cream Pies as long as they aren’t topped with Meringue. I’m not a big fan of the Meringue. I have a hard time deciding between the two as my top favorite. I also love Banana Cream Pie, especially with a graham cracker crust. Dang, for the amounts of sweets I’ve eaten these last couple days, I can’t believe I’m even thinking of sweets! You have no idea!

So let’s focus on fruit pies because really, we’re putting these in the fried pie dough and I’m not sure coconut cream pie would taste very good in fried pies. Although they do have chocolate fried pies, but we’ll just stick with the fruit fried pies because… well… that’s what I choose to do 😀.

Start by placing 1 cup berries in with 1 cup water and 3/4 to 1 cup sugar. Bring to a boil and add 2 tbsp lemon juice, dash of salt, and 1/4 cup cornstarch stirred into 1/3 cup water. Bring to a boil and stir until thickened. Cool slightly and add 3 cups fresh or frozen berries. Now you want the filling to be really thick so add a little more cornstarch slurry if need be to have a real thick mixture. 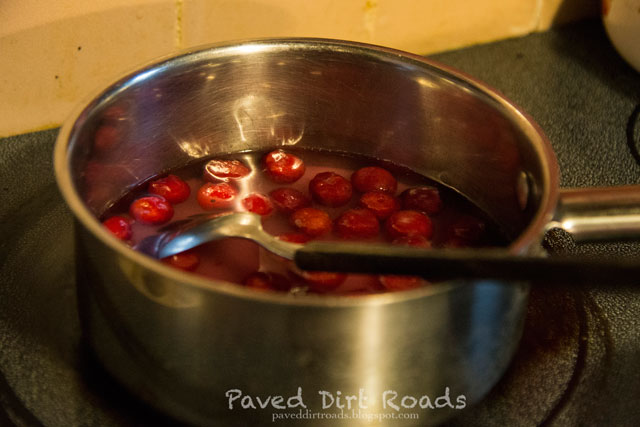 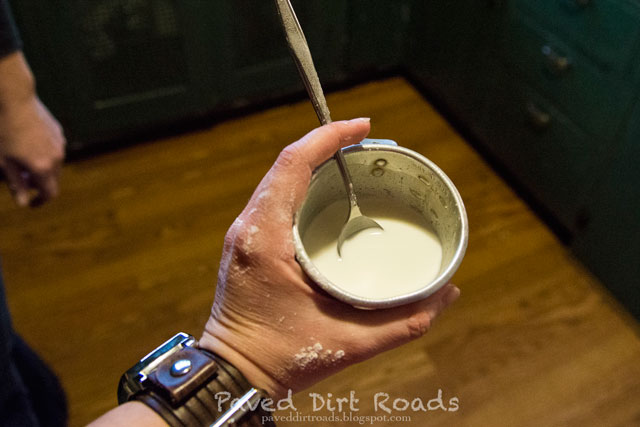 Now Grandma wanted Fried Apple Pies so I ran down to her canning room and grabbed a jar of canned apples. Don’t ask he how she put them up, I just don’t know. Sorry!

Basically you’re going to follow the same instructions as above, but the apples were put up with a bit of sugar in our case so we cut back to 1/2 cup sugar. The cornstarch amount was about the same but didn’t need the additional because that was enough to thicken it up nicely. we also omitted the pinch of salt.

Technically you could say the apple pie filing was easier…. 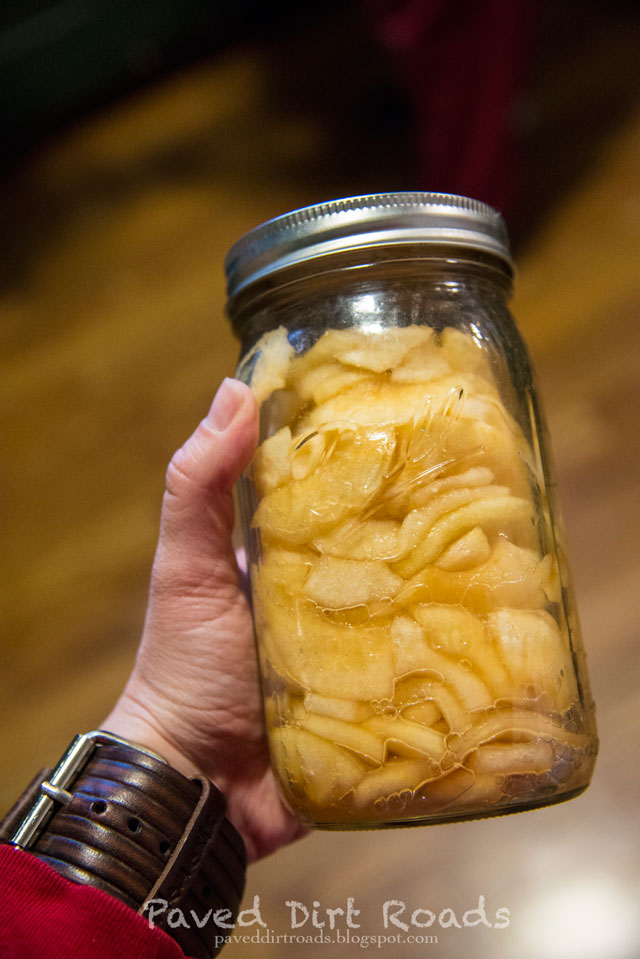 Now that the filling is made, you really want to put the filling in the dough while it is still hot. It helps to cook the pastry through so you don’t have cold filling against raw dough.

You place 1-2 tbsp of filling in the middle of the dough. We also made a cornstarch slurry and brushed around half of the pie dough so that when we folded it over, it helped seal the dough and keep the filling in. 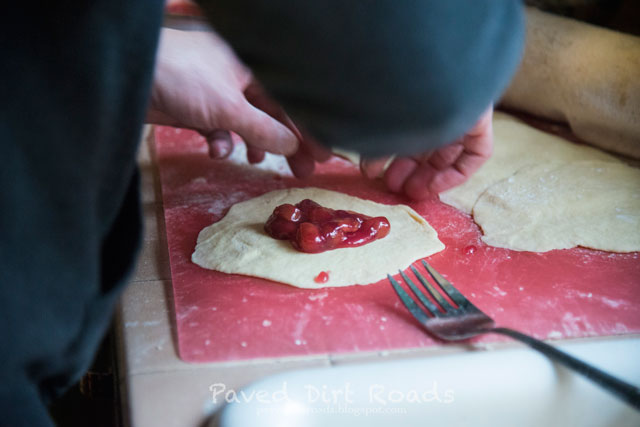 I ran to take this picture and when I came back I knocked my slurry over that was made up for my cherry filling. I had to clean up my mess and make a new slurry. That’s how it wound up on my boot…. 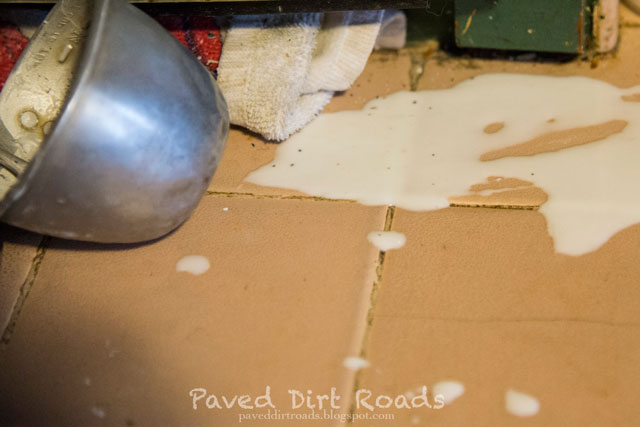 Now if you want to look real fancy, after you press and seal the pastry dough, take a fork and put tine marks all the way around the sealed edge. 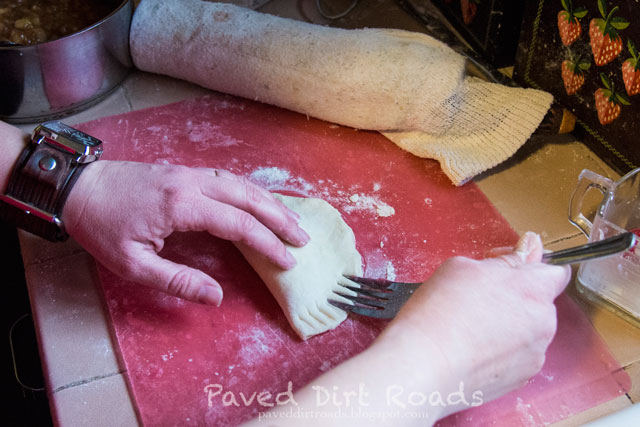 A new one for me was to use crisco to fry. Wait what? Yup, sure enough. Place it in the pan, bring it up to around 375 degrees and you’re ready to go. 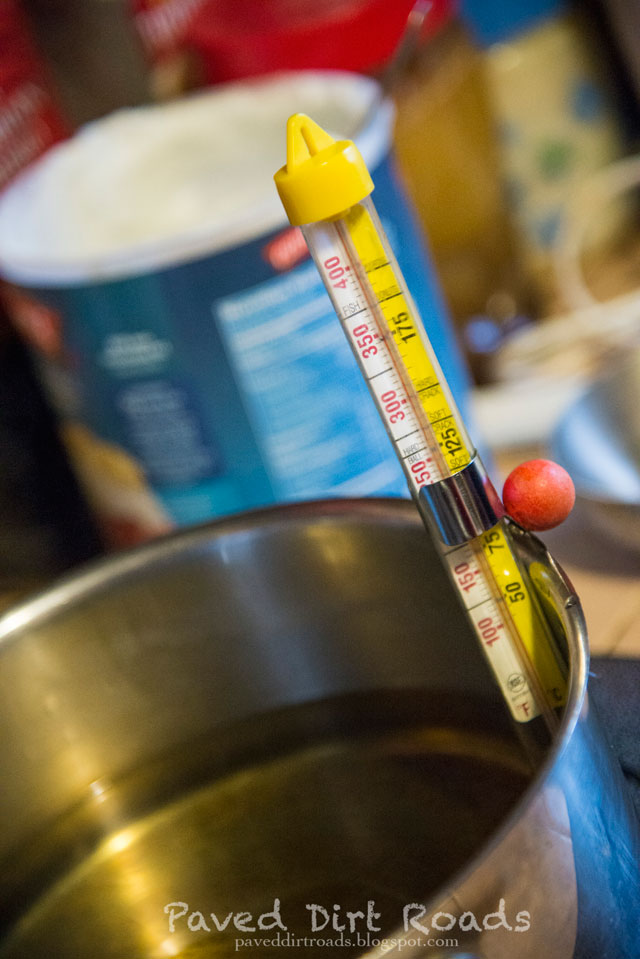 While you’re waiting for the shortening to melt, you can make up the pastries. Take a paper towel and lightly brush it with a coating of flour, really you just want a light light light dusting. That helps to keep the pie dough from sticking to the paper towel. 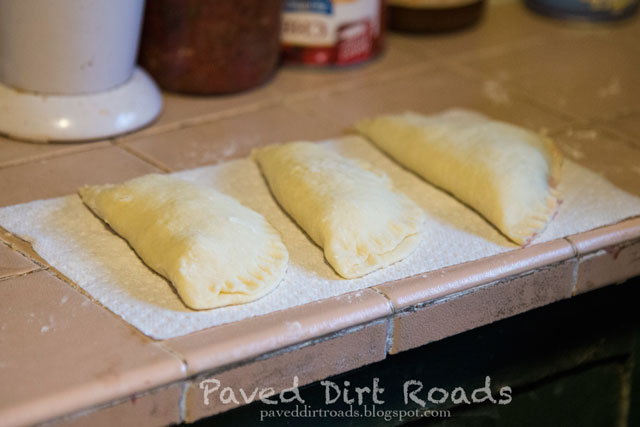 Once your shortening is melted, it’s time to fry those pies. Basically we put them in long enough for the dough to turn a golden color and then out they came. We were surprised, it was like a minute or 2 and that was it. 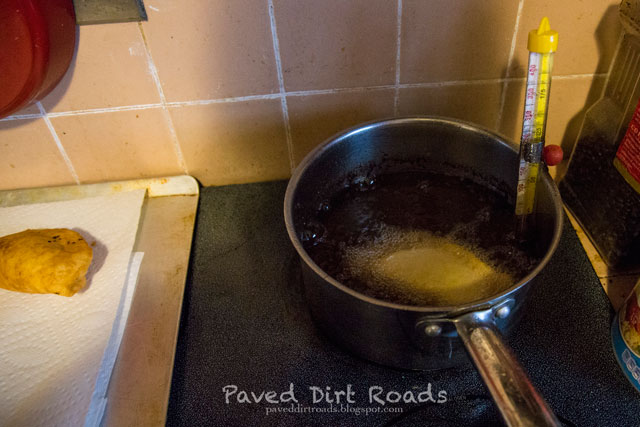 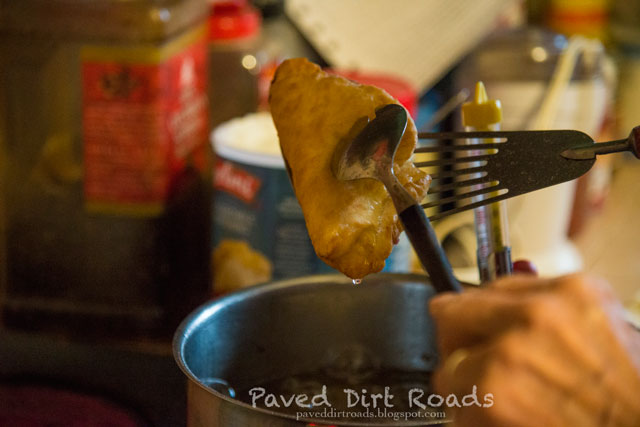 Take them out, drain on a paper towel, and the best part…. Eat them! Let them cool a bit so you don’t burn yourself but warm is always better. 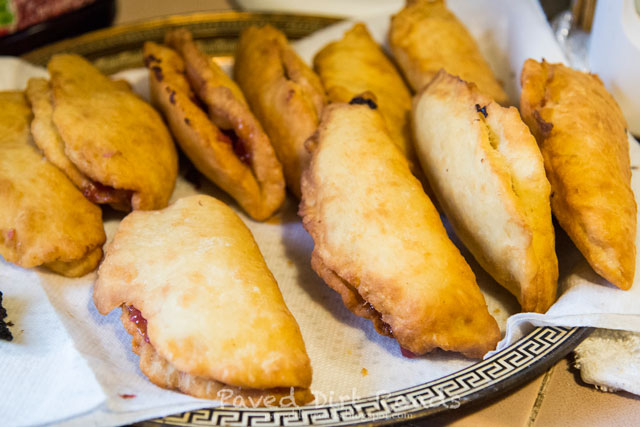 And that is how you make fried pies. Totally worth it and just remember… the ones on the plate you don’t eat, they contain all the calories 😜.

Thanksgiving How To: Choose a Turkey
Favazza's On The Hill - St. Louis, MO
Da Bull
Out Take with a Story

One thought on “Fruit Fried Pie – The Filling”