If there is one thing I can tell you I shouldn’t do when I’m tired, it would be bake or cooking in general. I make mistakes, I forget things, it’s just not good. Take my word for it. I’m actually sitting here thinking maybe I shouldn’t blog either, but this was when I had a minute and I wanted to so bear with me. And I may or may not have a cake in the oven… don’t let me forget to go check it!!

So let me paint you the picture… a few months ago (okay maybe over the summer… that’s a few months right?) I attempted to make Cherry Fried Pies. My goal was to make the filling, make the dough based off grandma’s recipe, and bam, we’d have fried pies. Yeah, better thought than actually what happened.

It turns out my filling was way to runny. So I pulled out muffin tins, placed the dough inside, filling and then I think topped with dough and baked them. I can’t really remember. I do remember they tasted good but they sure weren’t fried pies. I had friends over at the time and we got a good laugh so it was worth it, right?

I told them we’d try again. Today was that day. Karen came over and we went to my grandma’s house. It was time to go to the fried pie master and have her show us the tricks. As we were watching the weather, or at least I was watching the weather, I had a fear that the ice-pocolips that they said was coming would hinder our plans but it didn’t! In fact, things didn’t get nearly as bad as they predicted, so that’s good right? 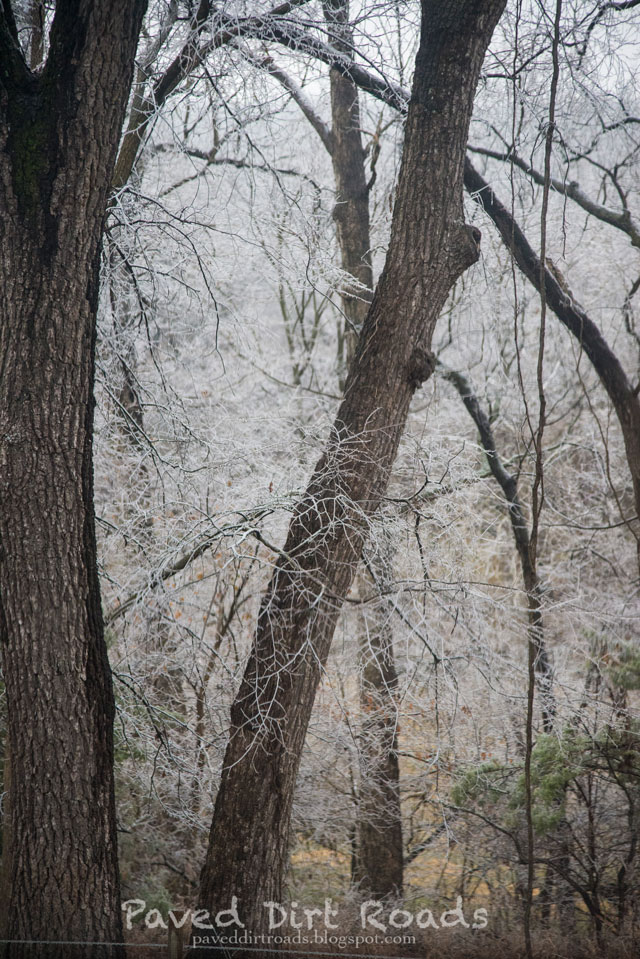 We laughed. We might have thrown eggs across the kitchen (wasn’t me!) or dumped the corn starch because we were trying to take a picture (guilty!) or gotten corn starch on our boot (guilty again!) or whatever. It was a great day to spend in doors (brrr!) with family and friends. And we learned a lot from grandma too! Oh and if your noting mistakes… neither of us can apparently count 12 balls of dough. Karen got 13, I came up with 16. Don’t ask I have no clue!

I think I’ll break this into two posts, the fried pie dough and then the fried pie filling. First, the dough! (which oddly enough my dough pictures have my hands in them…..) 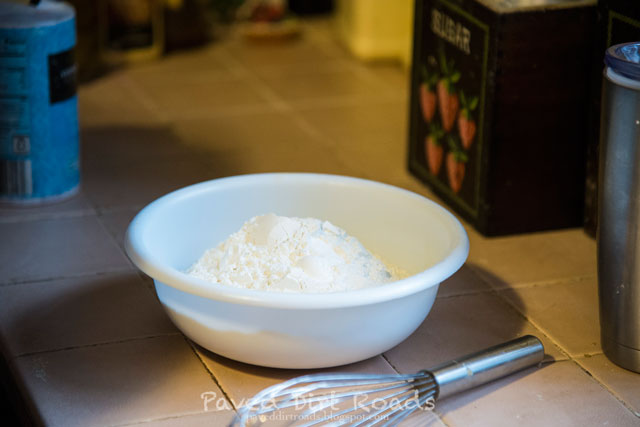 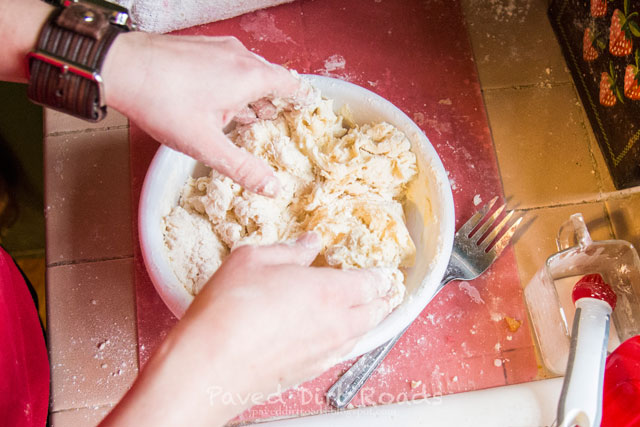 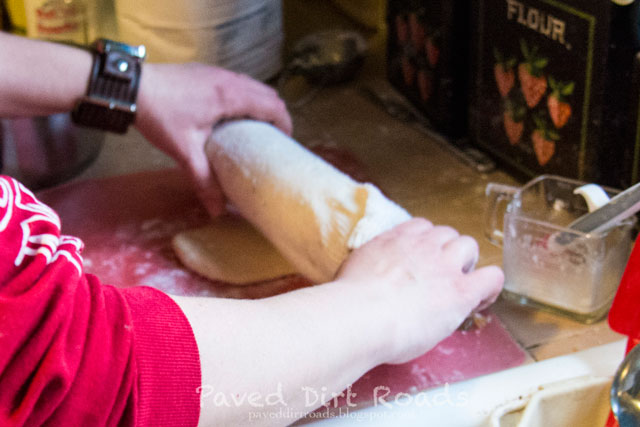 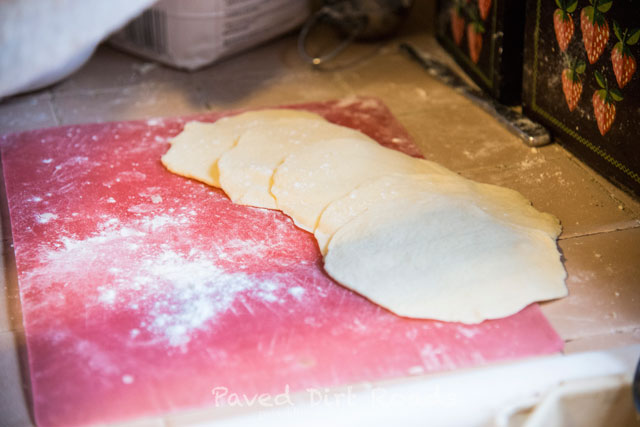 In a bowl, mix 3 cups flour, soda, powder, salt, and sugar if you want it a little sweeter, we omitted the sugar. Cut in the crisco. In a mixing cup, mix 1 cup buttermilk with 1 egg and then stir into the flour mixture. Knead the dough. Place in the refrigerator for about 15 minutes. Divide into 12 balls (haha… yeah neither one of us excelled at that….). Then lightly flour your surface and rolling pin and roll out the dough balls into about 6 inches.

Now this is where you put 2 tbsp of your filling, pinch together, and fry those puppies. (aka those fried pies!!)

We actually fried in crisco. Can I tell you now that I didn’t know you could melt crisco so easily and fry things in it? We never did growing up and I guess I never was around when Grandma did that. I learned something new today, go me, go me! 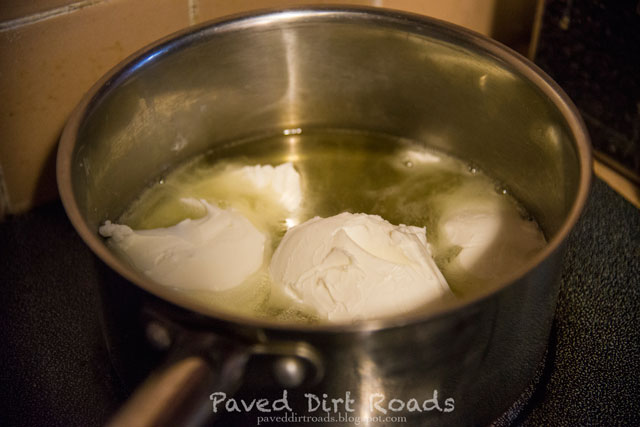 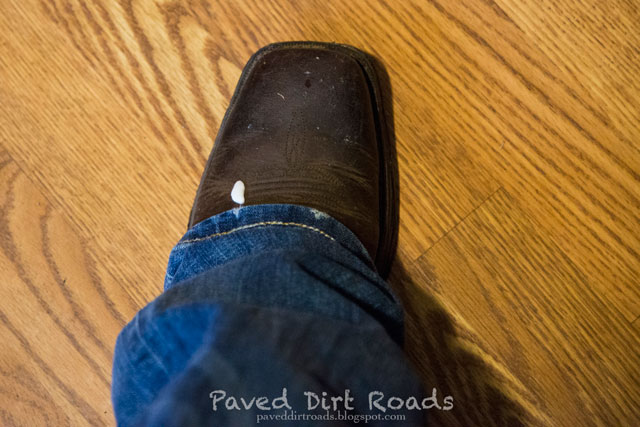