Sunday the Chiefs Bus made it’s Maiden Voyage to Kansas City for the Kansas City Oakland game. Originally the game was supposed to be a noon game but because of the way the season went, the NFL changed it to a 3pm game. We loaded up on the bus and headed for Kansas City so we could tailgate at 8am. Yup, we’re kinda crazy like that. Our bus holds 15 people and every seat was full. 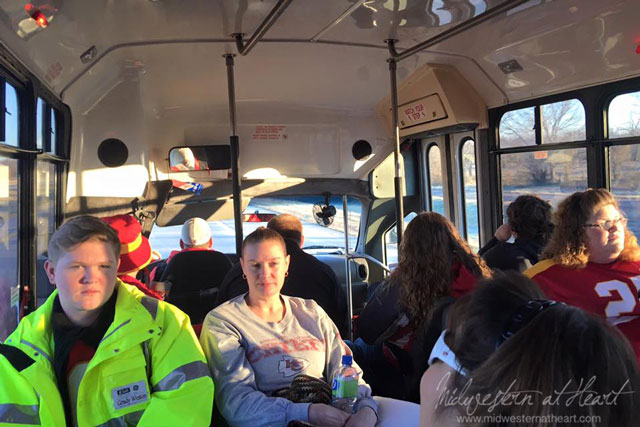 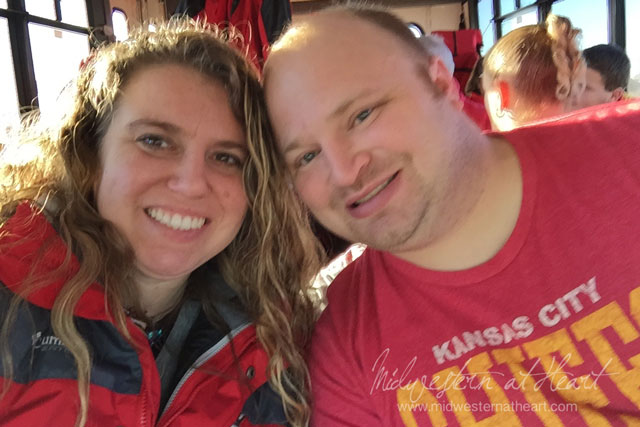 Gates opened to the stadium at 11, they let us in a bit early like they usually do… we entered at 10:45. This time, we tailgated with food leftover from the New Year’s Day dive, Gumbo and Taco Soup. The gumbo was made from leftover shrimp that was frozen from the lake at the Safari Hunt. Now… If you know me, I’m not huge on fish at all, so the gumbo was a bit fishy tasting to me, but it wasn’t bad. We added Smoked sausage (which was good) and mushrooms. It wasn’t bad at all. I didn’t try the Taco soup because I don’t like anything but green beans when it comes to beans. I know, I might be crazy!

There are a lot of different games where we have additional tailgaters than those who come up with us and this was one of those trips… We got to meet former wide receiver/return Specialist for the Kansas City Chiefs, Noland Smith (1967-1969) and his 2 sons, Noland Jr and Kevin. 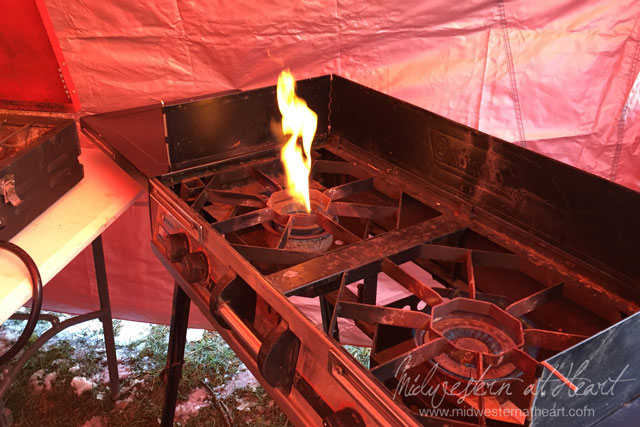 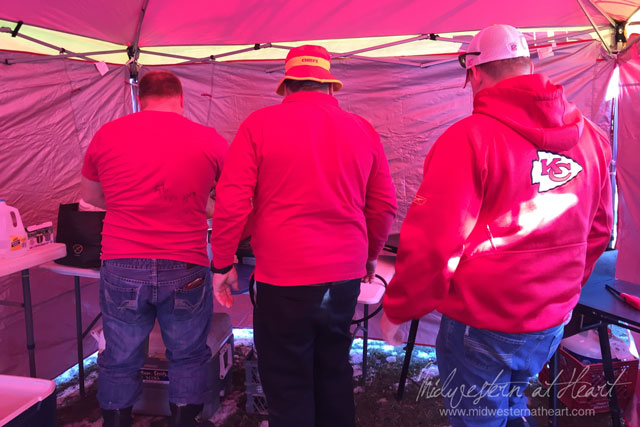 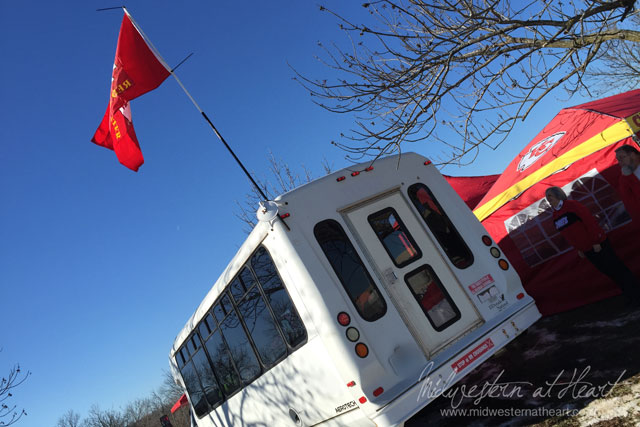 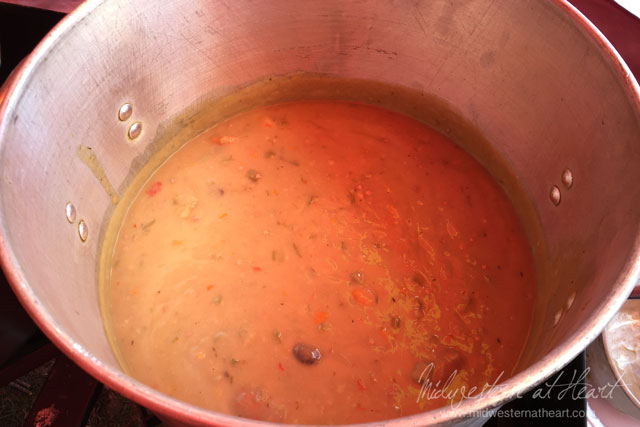 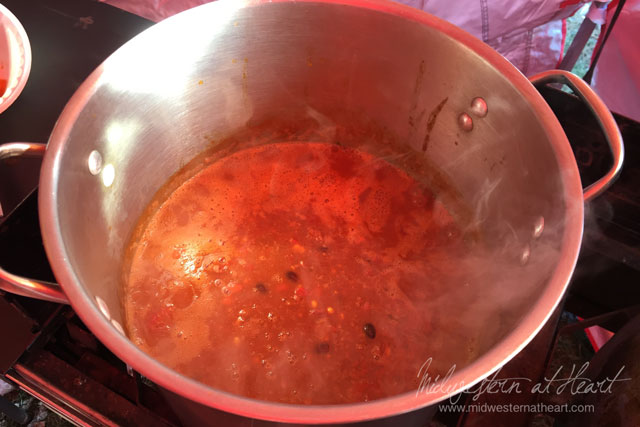 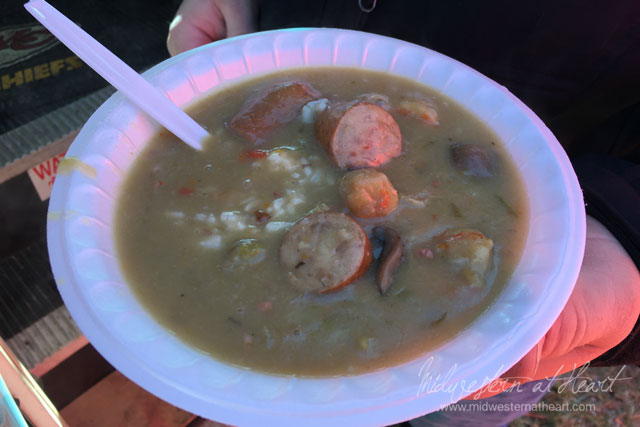 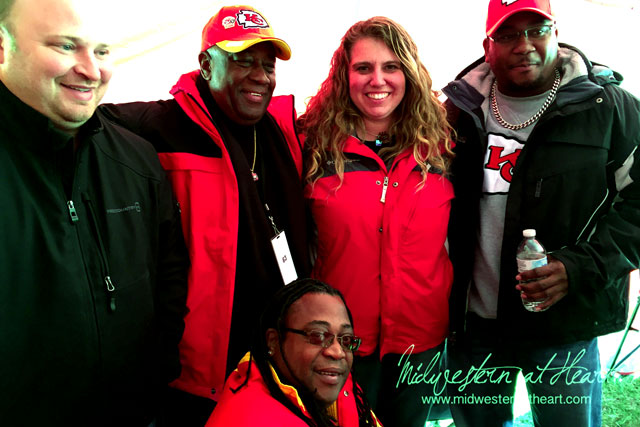 Our Gumbo recipe is adapted from here

The Chiefs went on to win the game. It was a nail biter, especially the last 3 minutes… Oh! Hubby went out to start the bus so it would start warming up, the guy on the other side of me left too so that is when I got COLD! It was like 20 degrees. I ran in place the last 3 minutes of the game and of course that doesn’t mean just 3 minutes because remember, that clock stops and starts and there were time outs etc. They beat Oakland 23-17. If they would have lost it, one touch down and a field goal and Oakland would have won. Yes, it was a nail biter! But they kept it together when it counted! That makes 10 games in a row that they’ve won!

Then we went Dairy Queen in Harrisonville on the way home for dinner. The receipt said something about a Dilly Bar. I didn’t know what a Dilly Bar was, so they made me try one. Holy cow was it good! 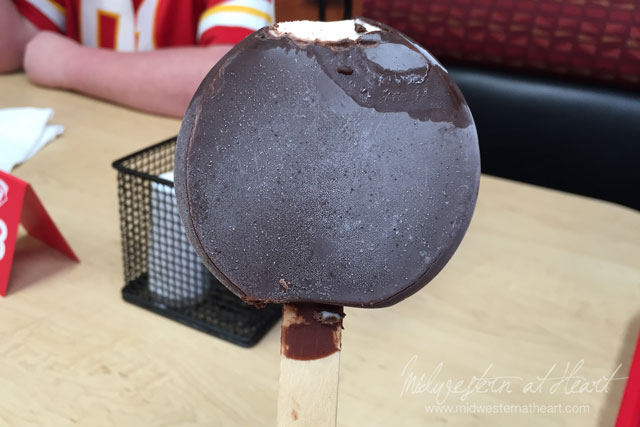 The bus was awesome. We were all able to ride together, Jared drove up and hubby drove home. Lots of good conversation and funny inside jokes told. But we were all together and it was a lot of fun!

Tbug's Birthday
With a Moo Moo here and a Moo Moo there....
Spring Gathering
Pokey's a Year Older