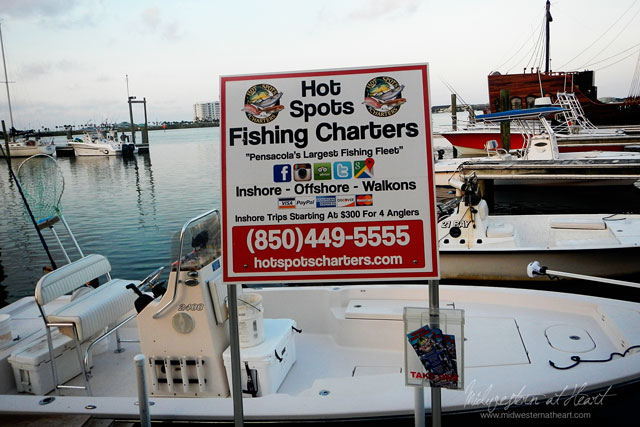 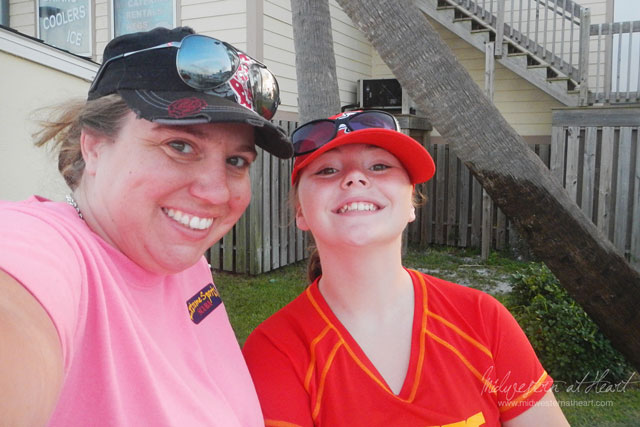 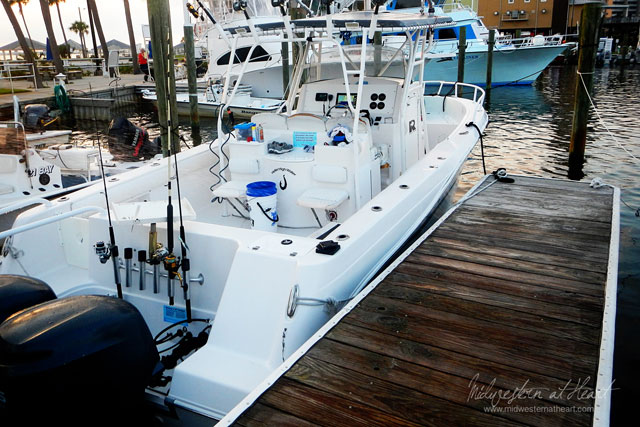 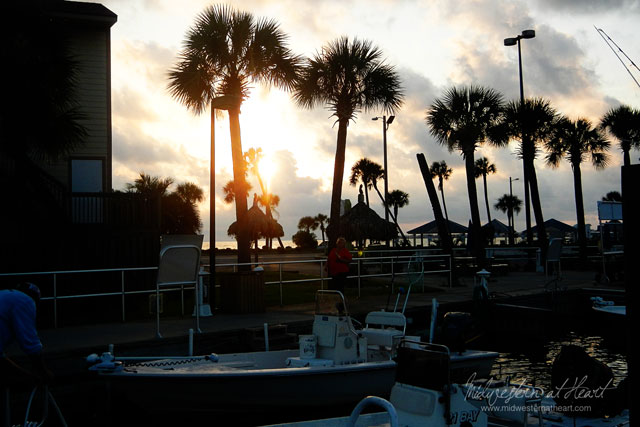 As we were headed out to sea, we had to go through the bay. There were Seagulls and Crane’s everywhere. In fact there was one pole where there were 8 cranes. They were everywhere. 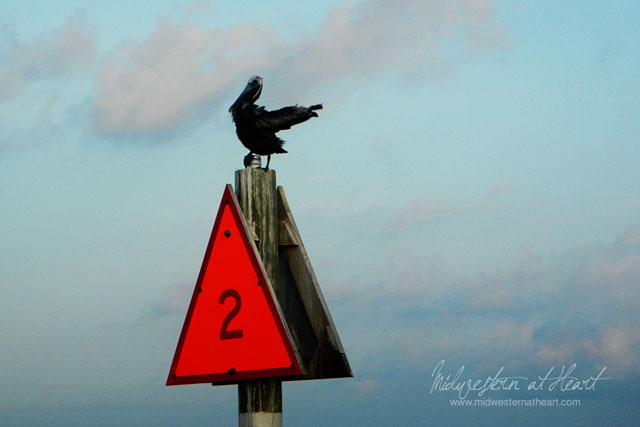 Dad, Tbug and I decided to ride on the front of the boat. The guys told us that it was the bumpiest ride. We were ready for it. In the bay, Tbug was like, this isn’t so bad. Once we got out though, it was a bit choppier. Hubby, Tbug, and I took Meclizine though just to make sure we didn’t get sea sick. We heard them talking on the radio that one charter had 9 people on board and 7 of the 9 got sea sick and they had to abort the fishing. 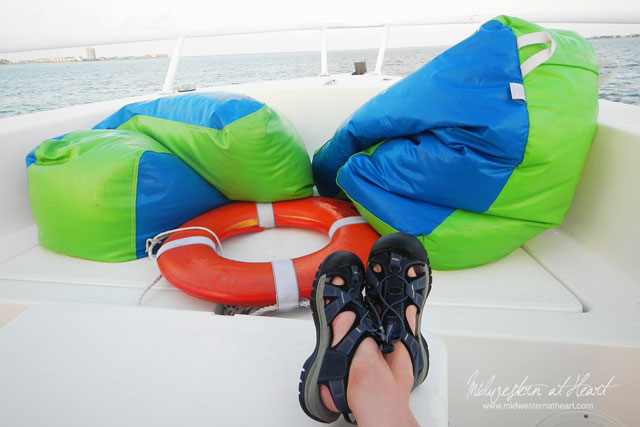 At the very end of the island is Fort Pickens. 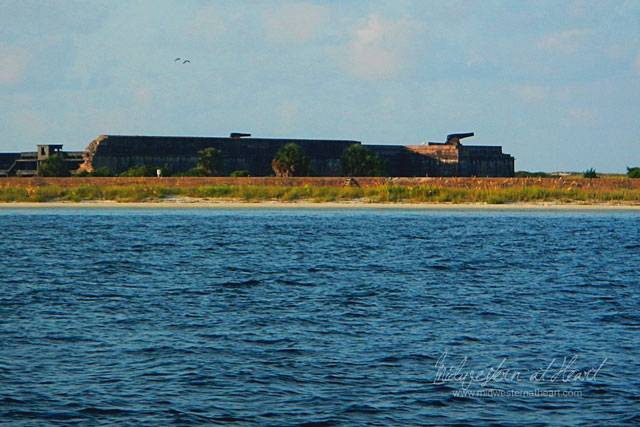 I was quite surprised that the light house was over on land and not at the end of the island. 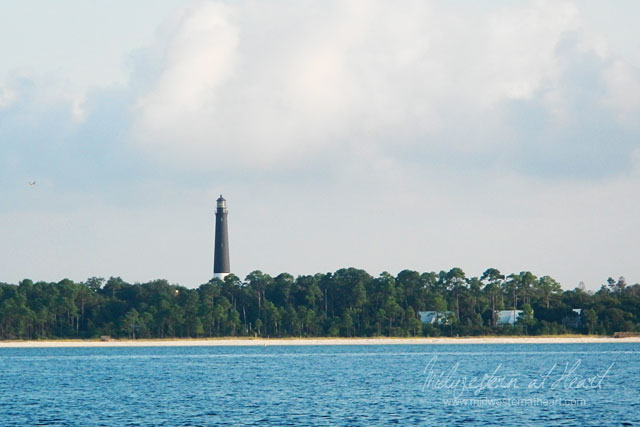 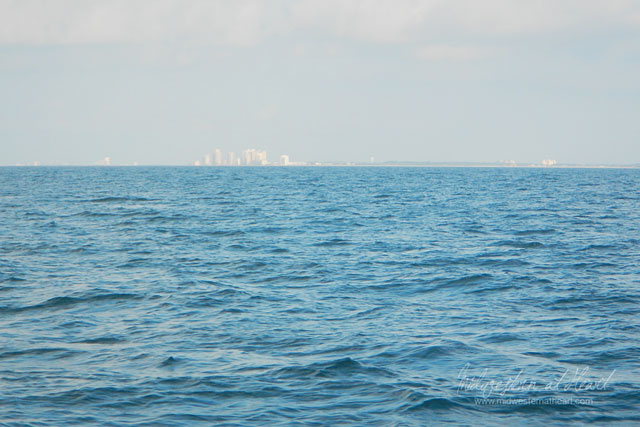 It took us about 20 minutes to get outside the bay and then we were off to the wide open seas. Quickly I noticed we were approaching a bunch of boats and I wasn’t sure what was going on. Turns out we were going to the site of a wreck where there was good fishing for bait fish. Jason, our deck hand set grandma and Tbug up with poles and told them how to catch bait fish. Then he helped get the fish off the hooks and put them in the live well on the boat. Tbug offered to let dad and me have a shot but we told her she was doing just fine and continue on. 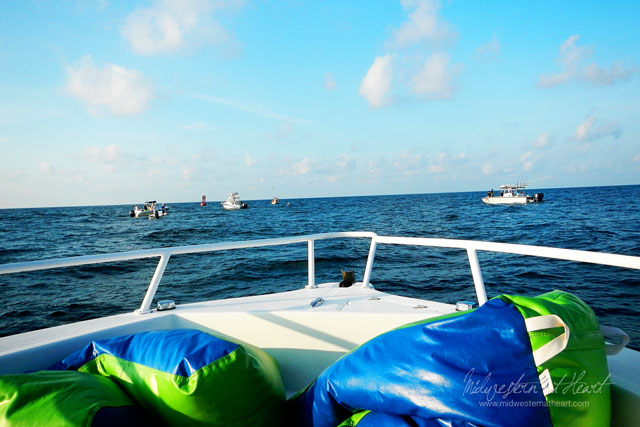 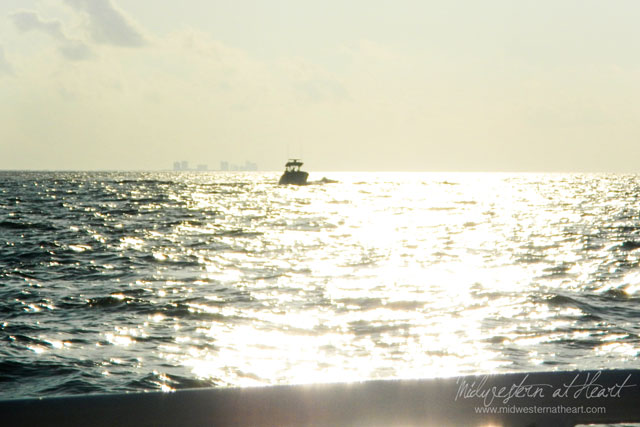 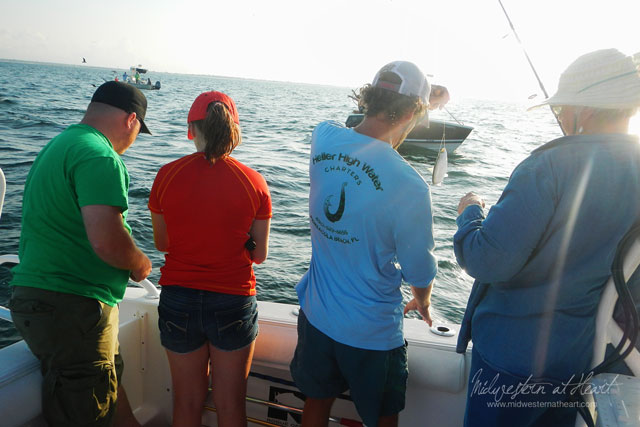 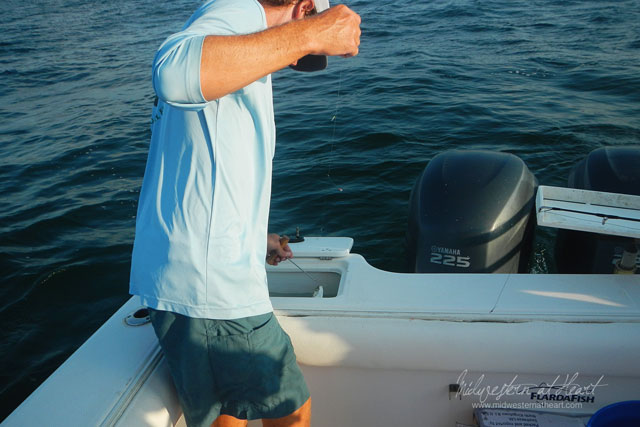 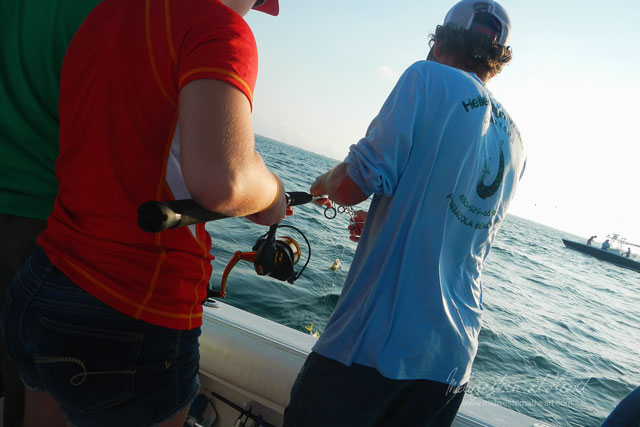 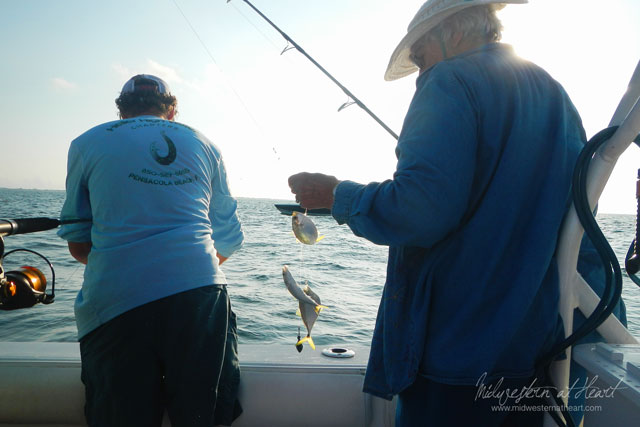 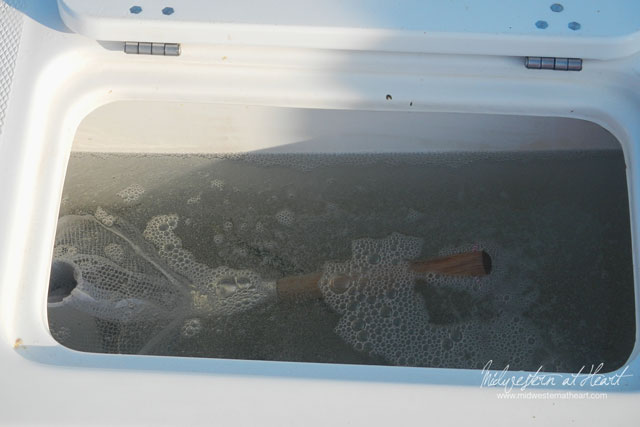 Then we were off again. We went about an hour or so off shore, I have no idea how many miles but i learned the boat was running about 30 miles per hour to get us out there. Tbug kept getting splashed with water that came up over the side of the boat. And once we started to fish, the bottom was around 100 feet down. 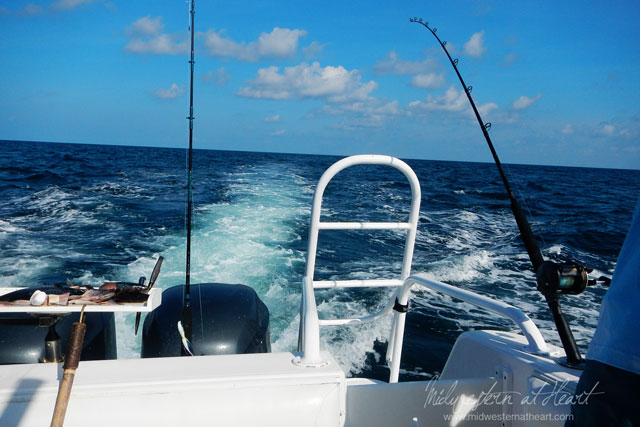 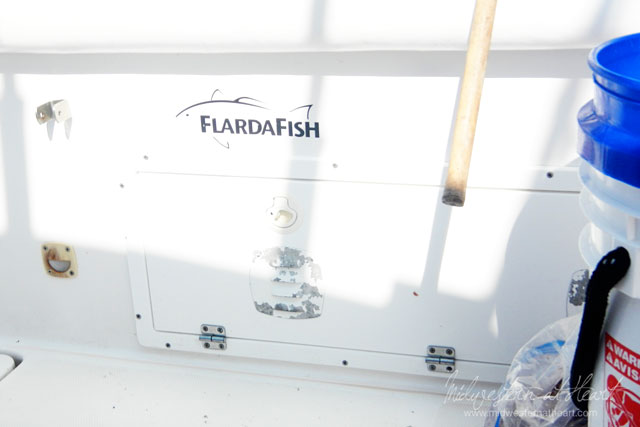 No one took a picture of me fishing. But at least you know I was there because here is proof plus you saw a few pictures of my feet. Predominately it seemed like all we caught were Trigger fish which right now are being protected by the government. We had to keep throwing them back. I got so frustrated toward the end of our 6 hour fishing trip because all we were catching was the stupid trigger fish that I finally just gave up. I do want you to know though, after a couple pep talks to myself I baited my own hook. Jason said he’d bait everyone’s hook as long as he wasn’t helping get fish off lines. Fish off lines was his many goal. So eventually I was like, I grew up on a farm, I’ve had my hands in some really “fun” farm stuff, I can soooooo do this and bam, I baited my own hook with cut up fish pieces. Then I caught a fish we got to bring on board and I freaked out because it was jumping all around the deck. ha! 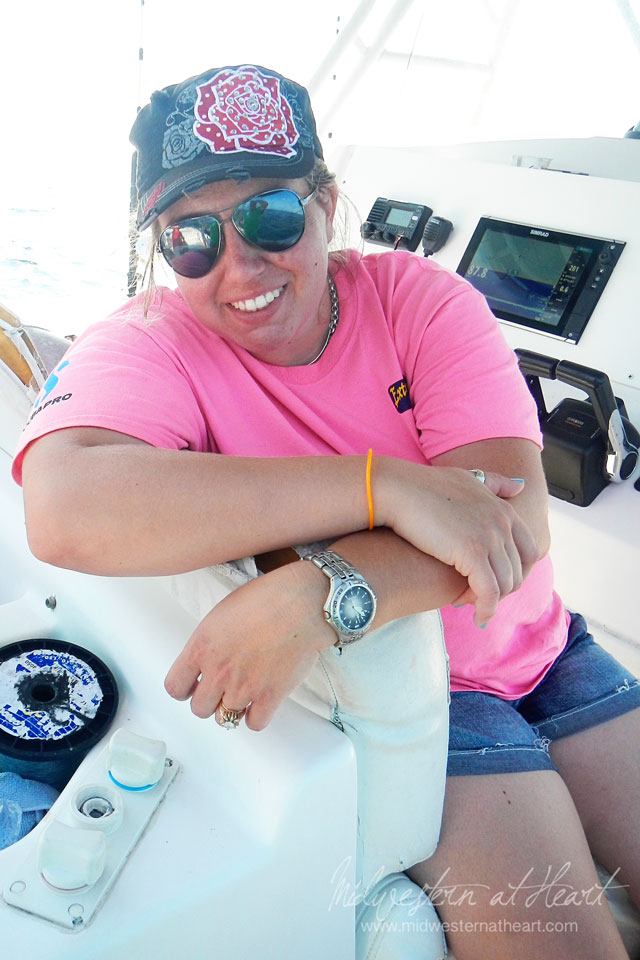 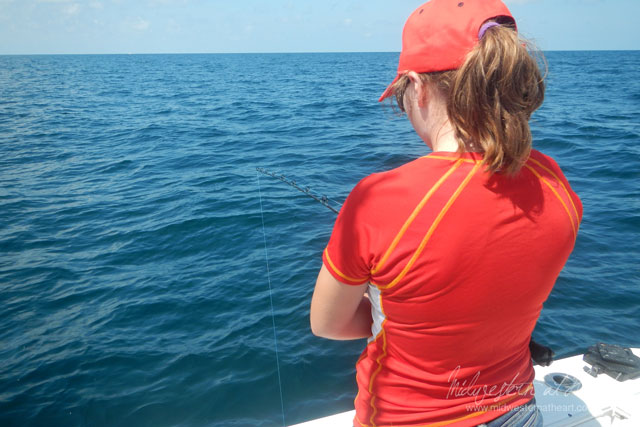 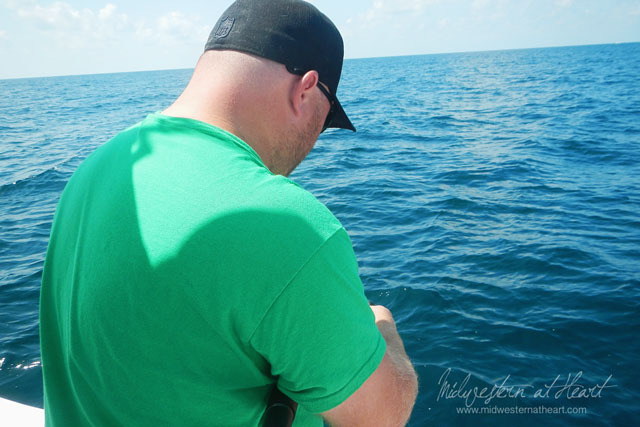 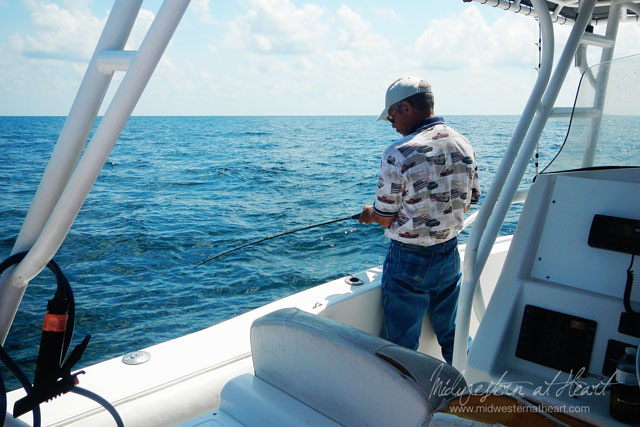 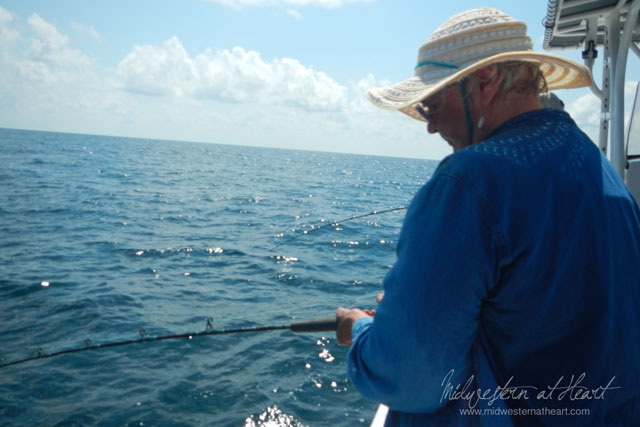 Fun story, going out I was on this side, dad was in the middle and Tbug was on the right. (as you’re looking at this picture). Eventually while we were out Captain took us another 2 1/2 miles out so the three of us piled on the seat in front. This time Tbug and I switched places. I got SOAKED! Water kept splashing up over the side and just totally soaked me. Just me. The other 2 got splashes but I got soaked. So I grumbled that I wasn’t sitting there on the way back and reclaimed my seat on the left. Going back, the hour and 20 minute ride in, I got soaked in my original seat. Seriously? 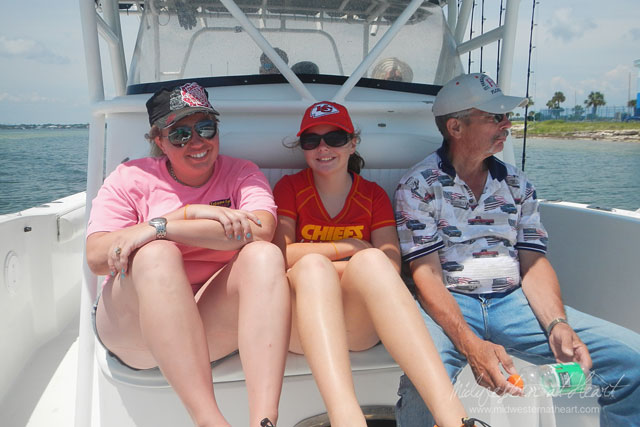 Also on the way back in I fell asleep and the boat hit a bump and I just about fell off the seat and landed on the boat floor. Everyone got a good laugh at my expense. Hubby fell asleep on the front facing us. Grandma fell asleep in the back and about fell of her seat. Apparently we were all tired.

We were able to keep a little bit of our catch. Mainly Ruby Red type fish… not Red Snappers, I’m not sure what they were called, plus we caught a Barracuda. Jason and Captain Chaz cut our fish up for us. (Finding dry ice to bring the fish one with was extremely difficult. The Publix had it! whew. Plus you can only have 5lbs of dry ice in your checked bag to ship it home on an airplane. And bam, info you needed. You’re welcome!) 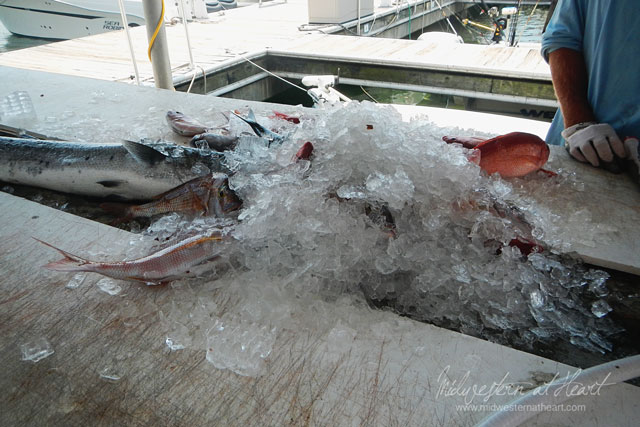 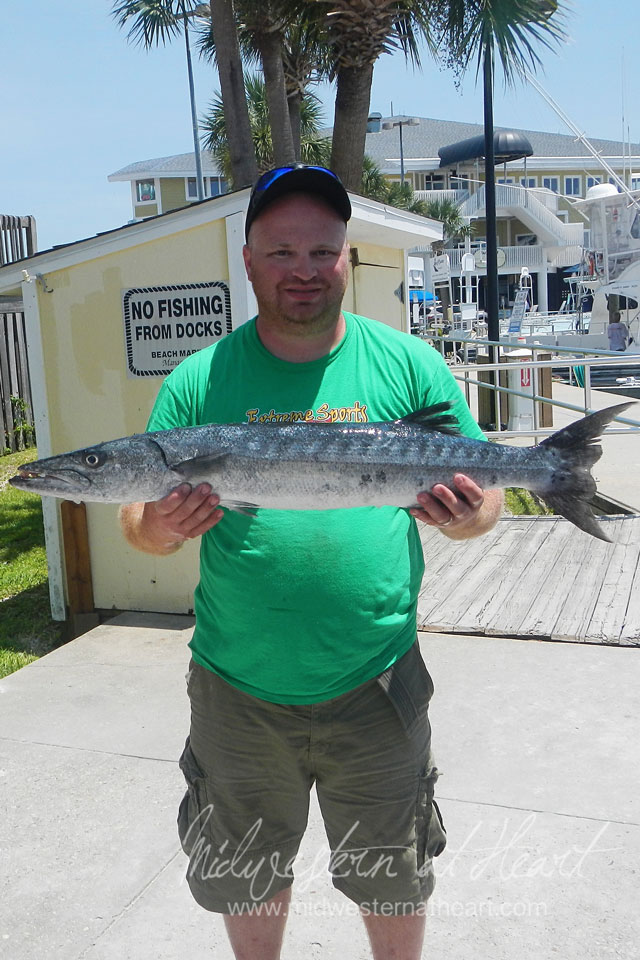 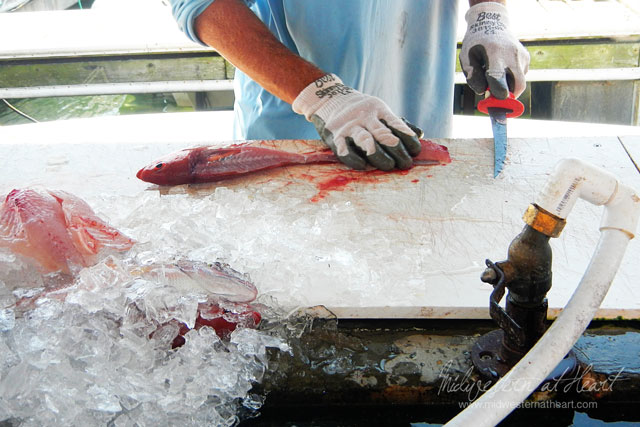 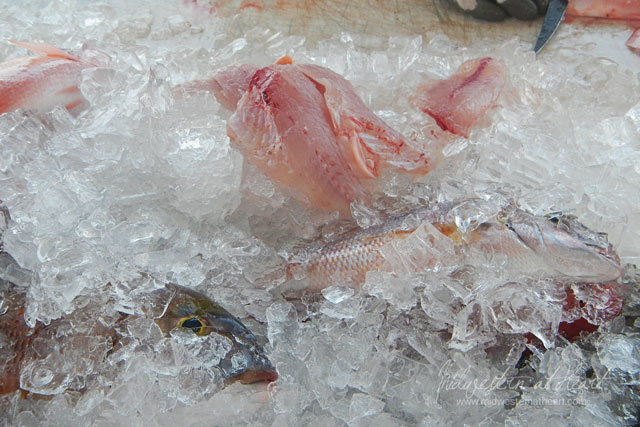 After we went fishing, mom came and picked us up. We went back to the room, grandma went to bed while dad, hubby, Tbug and I took quick showers and went to lunch. From there hubby and I came back and both crawled into bed and slept for 2 hours.

This is the part of the trip where I burned the CRAP out of my legs. Woops. And it’s funny because I was on my mom, aunt and MIL not to let my baby get a sunburn and then I forgot about myself and I burned my legs. Oy!  Oh well the baby didn’t get sunburned, they went on a dolphin cruise. That’s all that matters is the baby didn’t get burned! (and my mom will shoot me for these pictures, but I don’t care. Love you mom) 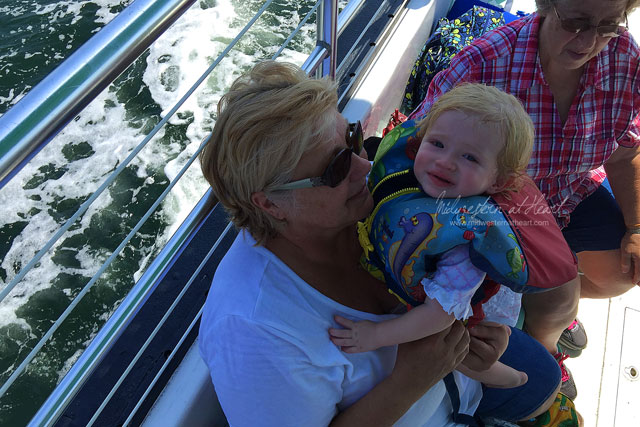 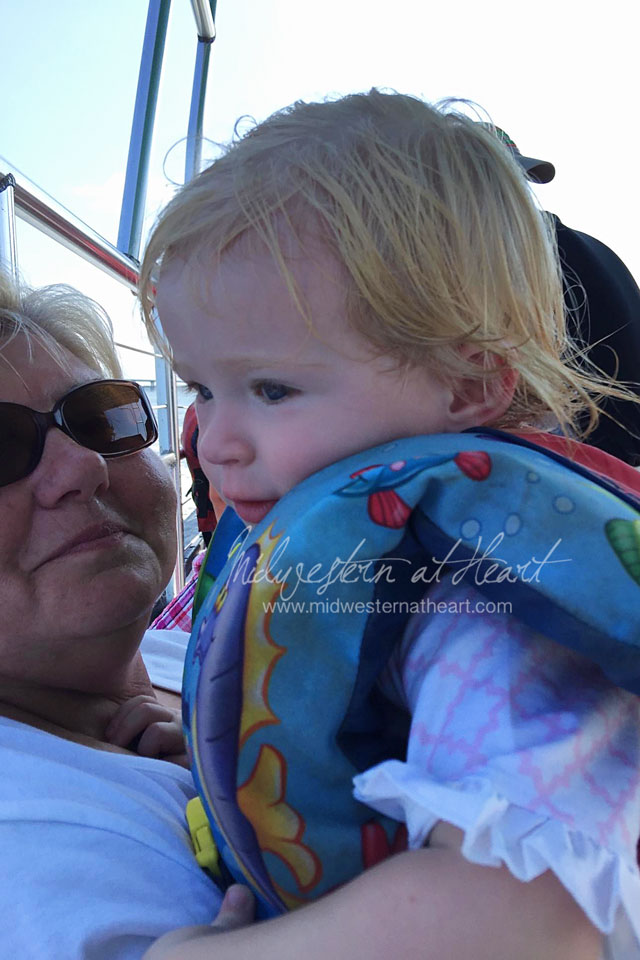 How do you Spend Your Tuesdays??
Merry Christmas to all and to all a good night!
Why I'm not a Fashion Blogger... (Part 1)
The Shack: Cajun Night