When it comes to fears, I have a lot of them, not going to lie. I have a fear of snakes. I have a fear of dying and no one remembering me. But one fear of mine kind of became a reality a couple of weeks ago. Wait, what?

I’m afraid of my house catching on fire. Now let me stop you there… My house did not catch on fire! No, the house that I grew up in caught on fire.

My parents were building this house before I was even born and we moved into it when I was 4 months old. There are a lot of great memories in this house. 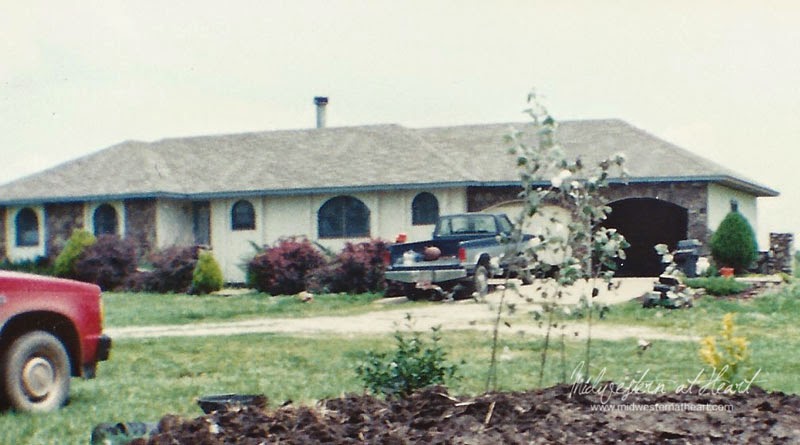 About the time I was 10 my parents put this house up for sale and no biters. Then a while after that a couple came up from Dallas and offered more for it than what my parent’s original asking price was so they put it up for 30 days so that they could see it to this couple.

I used to show sheep against this couples kids who were a couple of years younger than me. I eventually went on to working with one of the kids for a bit. They eventually sold the house and moved back to Dallas (returning to this area a few years after that but to a different house). And a family friend’s daughter and her family bought the house. Do you follow? I know the owners of the house, let’s put it that way.

A couple of weeks ago (Oct 7th) they were woke up by their dogs barking and their house on fire. Just typing that gives me chills. Everyone got out of the house safely except for one dog (I’m not sure how many dogs were in the house), but the house was completely gone.

I saw a post on Facebook the next morning and wondered what happened so my husband and I drove by to check on them and things. I had to get to school though and there were a lot of people there but I know that they were all safe and that’s what matters.

It makes you think though, yes everything is replaceable except for life but their life went up in smoke too. My heart breaks for them. These pictures don’t show the extent of the damage but it makes me want to cry. I know them and I knew that house so my heart is just getting whammed at both sides. 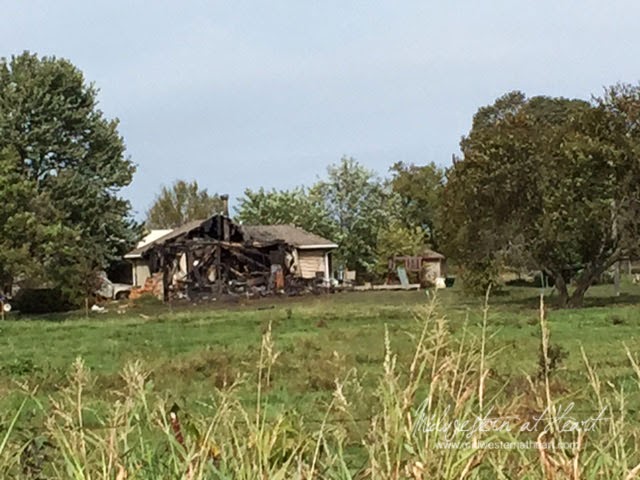 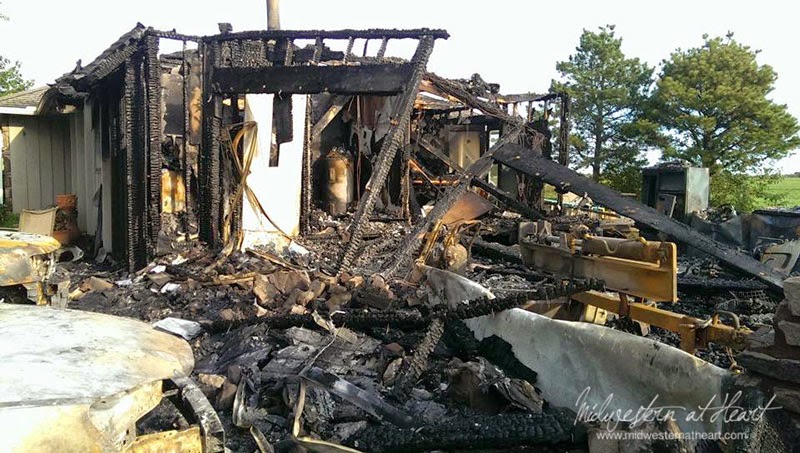 But sadly this is a material world we live in and we can’t take anything with us… but one of my fears is a house fire, especially if I’m in the house.