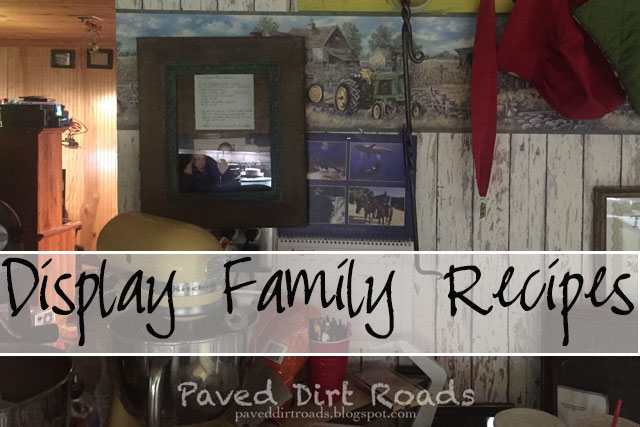 Well have I got an idea for you… At our house that recipe is my grandma’s corn casserole. Truth be told, this grandma passed away in 2007, but I lucked out and she wrote the recipe down in her handwriting. That recipe is so dear to my heart because of that.

So for my birthday I asked for a photo frame. Initially when I did, I figured a 5×7 or maybe a 4×6, but my mom got me an 8×10. Well the recipe paper wasn’t that large so I started thinking, what to do, what to do?? Then it hit me. Why not use my photoshop skills…

I scanned in the recipe and then went on the hunt for a photo of grandma. Turns out I found a recipe of my grandma and grandpa (who we lost 9 months later). I actually found a few different pictures of me with both of my grandparents so I had to narrow it down to one (although I could have definitely done more if I’d have wanted….).

Finally I searched google for scrapbook paper background. My grandparents made their living by raising/selling/showing Arabian horses, so horses was what I went in search of.

I opened photoshop, created a new document, added my recipe and photo, saved as an 8×10 photo and bam, I was ready to print.

Once I printed my document, I placed it into my birthday present photo frame, and now it is hanging in my kitchen on display. My next goal was I hit up my other grandma and told her I needed her to write up her roll recipe for me so I could do the same thing. I don’t have a photo frame for it yet, but by george, she came through for me and I put my skills to work again. I’m so pleased with how they came out!! 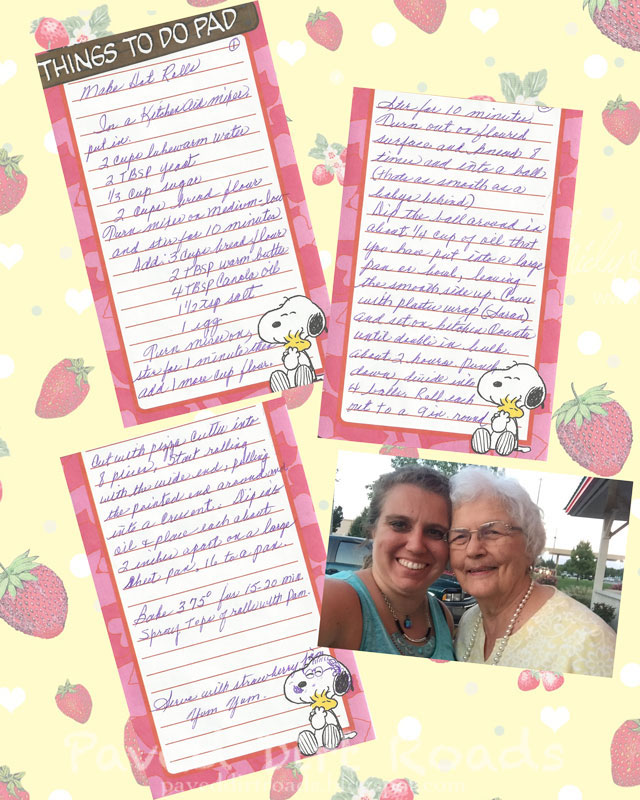