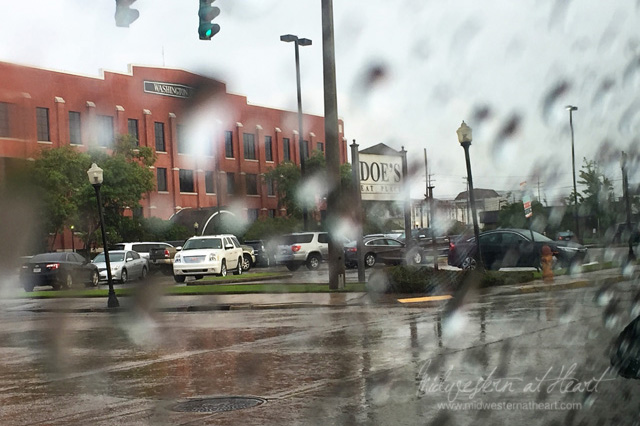 There was something about the weather in Louisiana. I think it rained every day except our last one there. It was CRAZY! But cool too :). Hey, I’m always up for adventure! So on Tuesday night my dad asked us if we wanted to go eat at a place called Doe’s Eat Place (300 Washington St, Monroe, LA). Sure… I don’t know what it is but sure :). Mom and dad said that this is a place that is not really a chain, but there are a few locations around. One is in Fayetteville and it’s one of the last places they took my grandma before she was diagnosed with cancer.

So the story behind Doe’s Eat Place:

Established in 1941. Mamie, the wife to Doe Signa got a recipe half recipe for tamales. She improved on the recipe and started selling them which was the beginning of Doe’s Eat Place. The picture of the old store below is the original Doe’s Eat Place located in Greenville, Mississippi.

Segregation in reverse happened at the back door. In the front was a black only honky tonk. One of the local doctors started coming for a steak. He was fed in the back. One thing led to another and he had a full restaurant going through the back door. Eventually Doe closed the Honky Tonk and focused on the Eat Place.

Big Doe retired in 1974 and his sons took over. Mamie passed away in 1955 and Big Doe passed away in 1987. Since then there have been 2 family owned restaurants in Greenville, MS, and Paducah, KY. There are 7 franchises located in Bentonville, AR, Little Rock, AR, Fayetteville, AR, Baton Rouge, LA, Monroe, LA, Tulsa, OK, and Ft. Smith, AR. 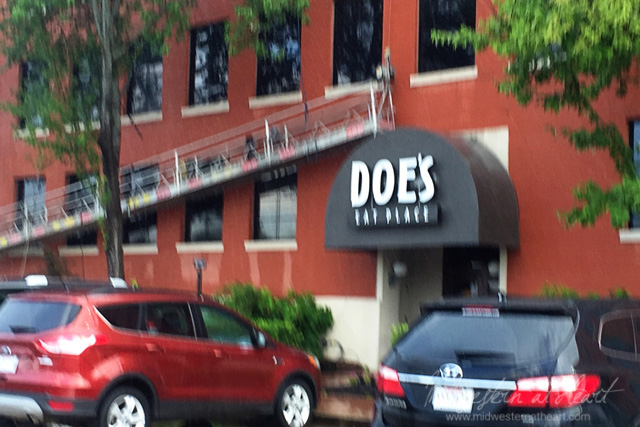 Since it was raining, my pictures took a little blurry because I was trying not to get Abug and me soaked while taking my pictures. 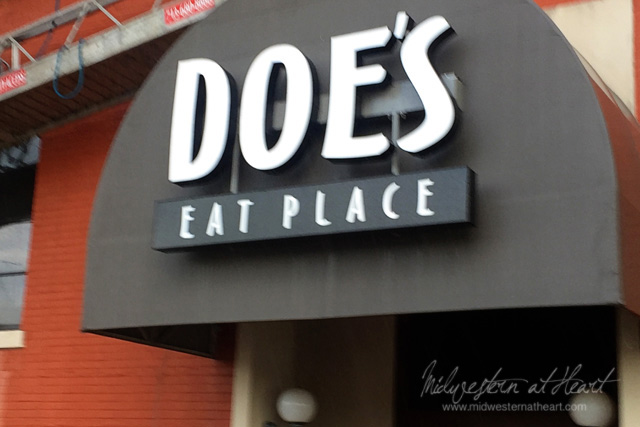 Original restaurant in Greenville, Mississippi. This particular Doe’s is located in the basement of the building. 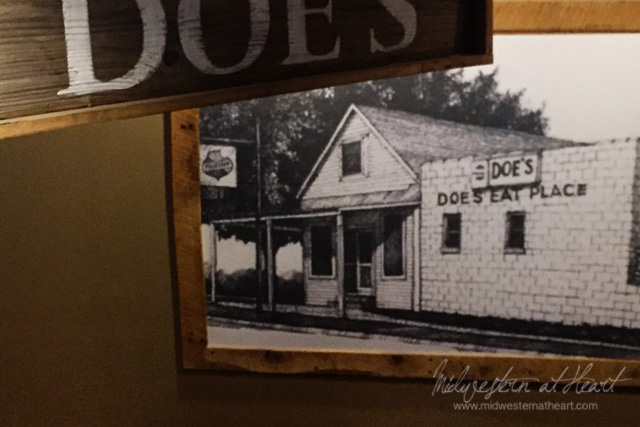 And you can’t go to Doe’s without trying the Tamales. I just want to say Mamie got it right! Dang, these were excellent! They are served with or without Chili. 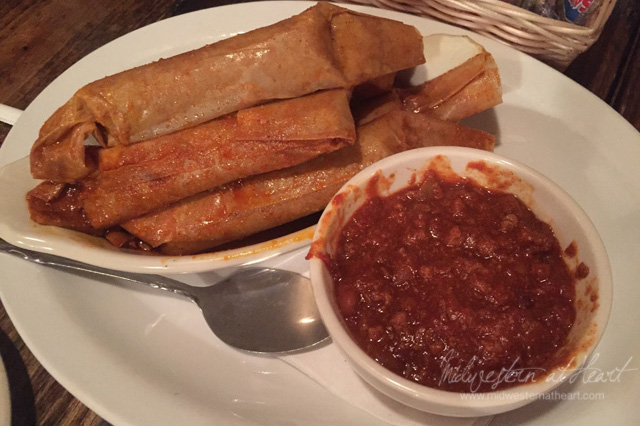 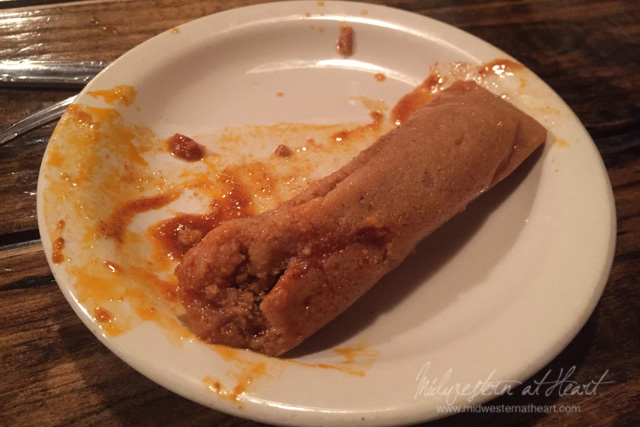 Each steak comes with a salad with your choice of dressing. Go Ranch, always go Ranch 🙂 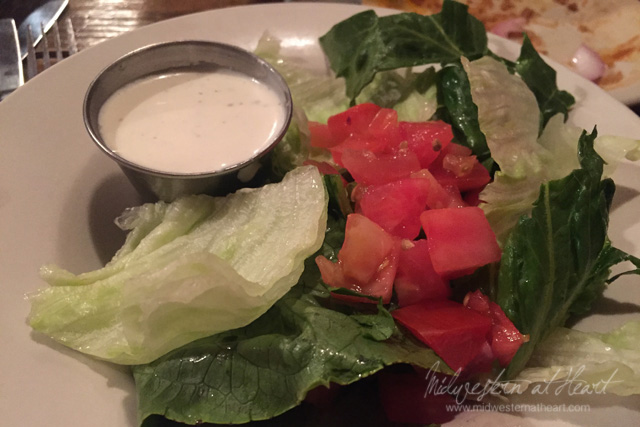 Dad got a New York Strip, Medium, with a loaded Baked Potato. So basically you get steak, a salad, choice of potato, and piece of garlic toast. 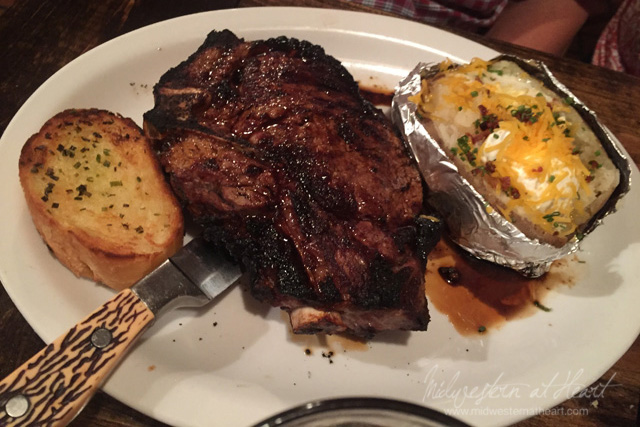 My mom, Abug, and I shared a 2# Ribeye, Medium Rare, plain baked potato (for Mom) and French Fries (for Abug and me to share). 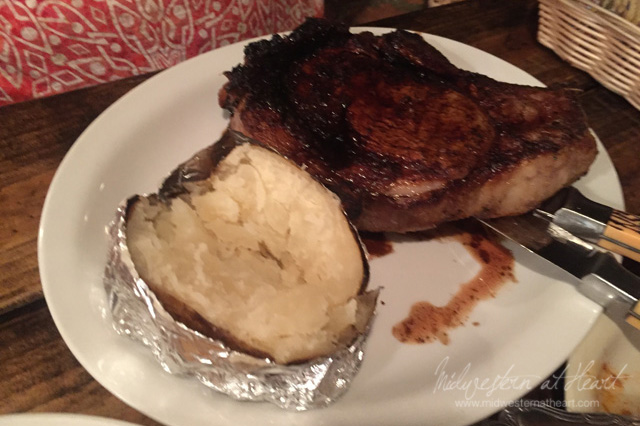 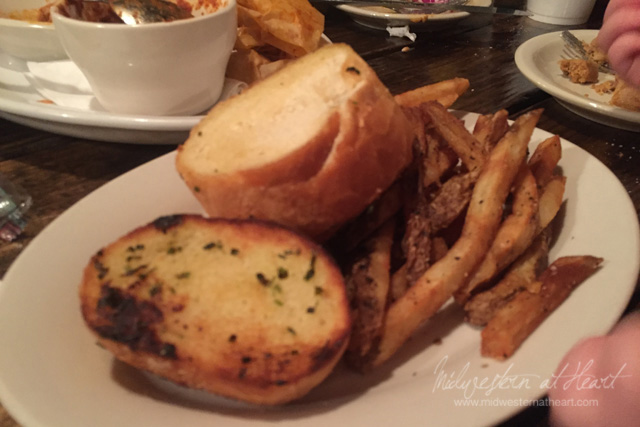 And how beautiful are these steak knives? Oh, and the steak you ask? Delicious! Omg, they know how to cook steaks! Abug was licking her lips for steak. She ate and ate steak. The kid loves steak and it better not be more than Medium for her taste. I guess I taught her right (depending on who you ask that is). 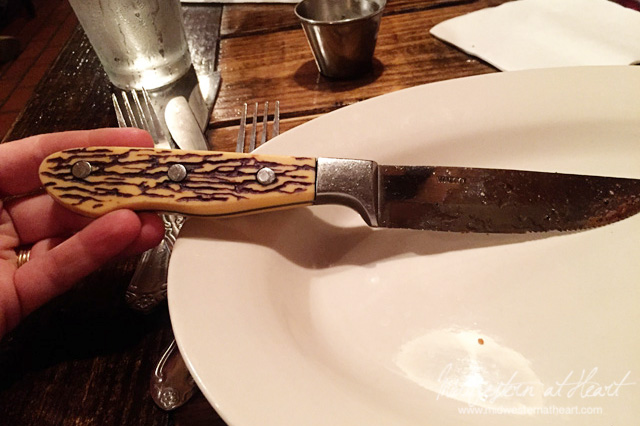 Can I brag for a minute… well I’m going to. At the table just behind ours was Sadie Robertson from Duck Dynasty (although I know her more from Dancing with the Stars). She was with a large group of people, not the Robertson’s. She had a little boy sitting on her lap about Abug’s age and those 2 were making googly eyes at each other. She/they spoke to us because of the cute little Abug sitting next to me. Don’t worry, I didn’t stare or make a fool of myself…. this time :). ha! (And I would like to pretend that she reads my blog and she wanted to talk to me, but we all know that isn’t true. I can always dream, right?)

Then once dinner was over, we left and went back to the hotel. This was the sky as we were leaving. 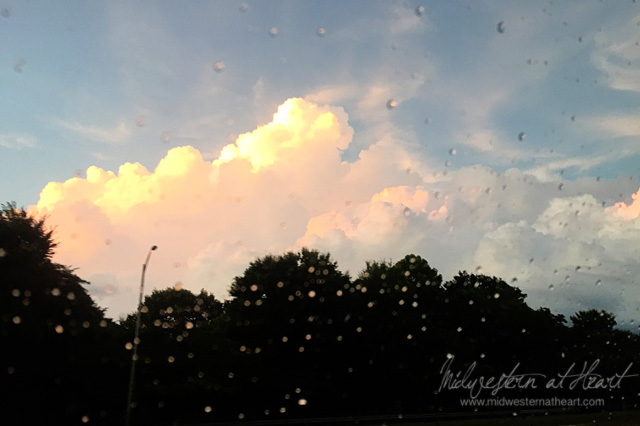