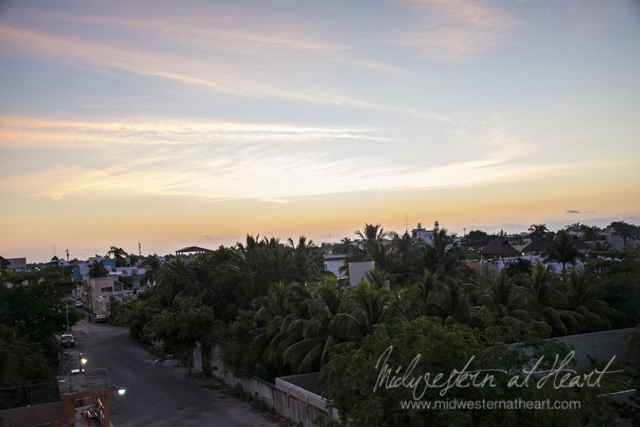 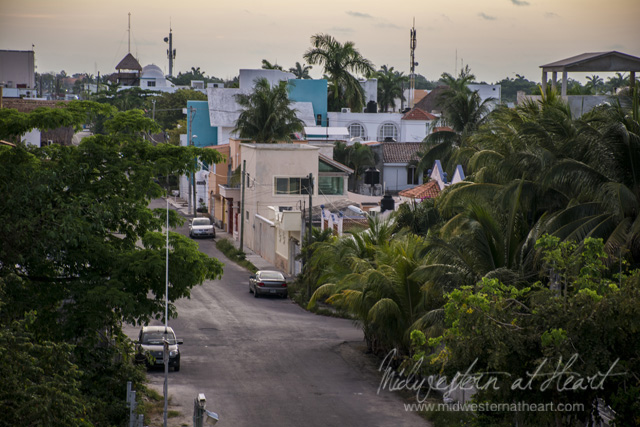 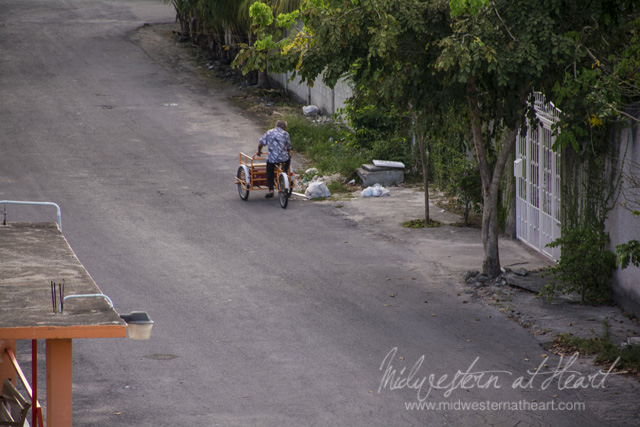 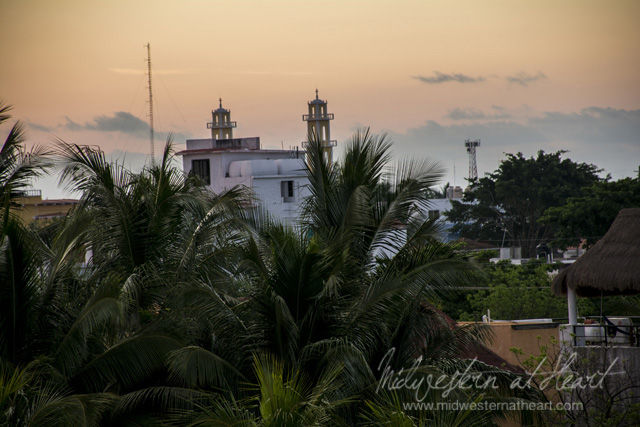 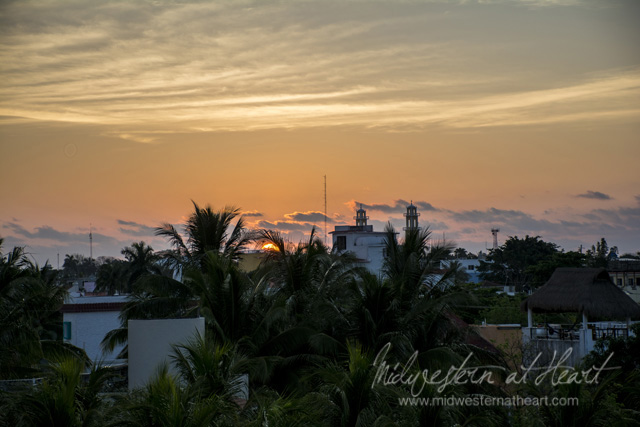 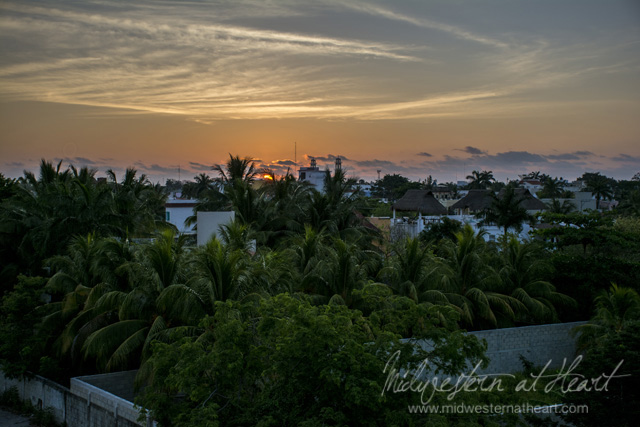 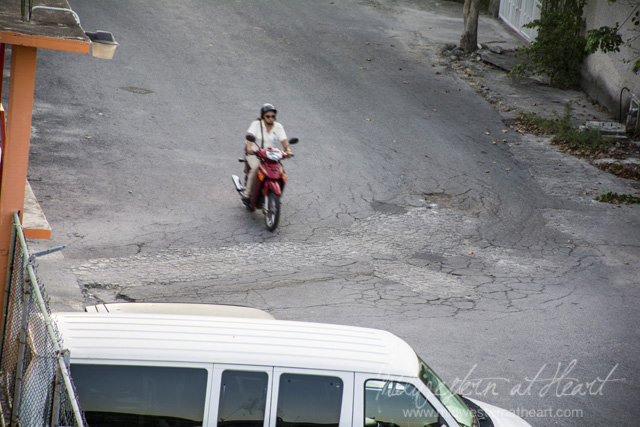 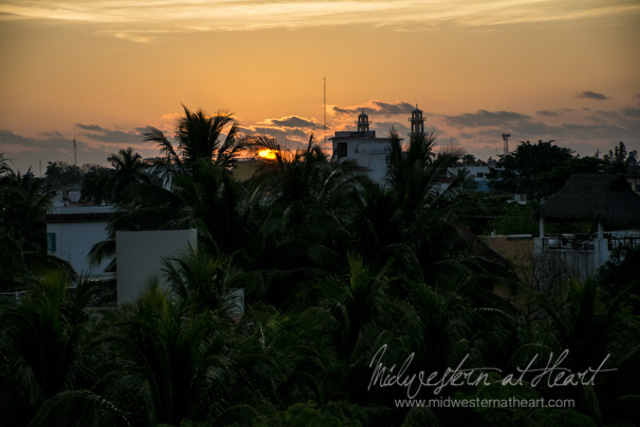 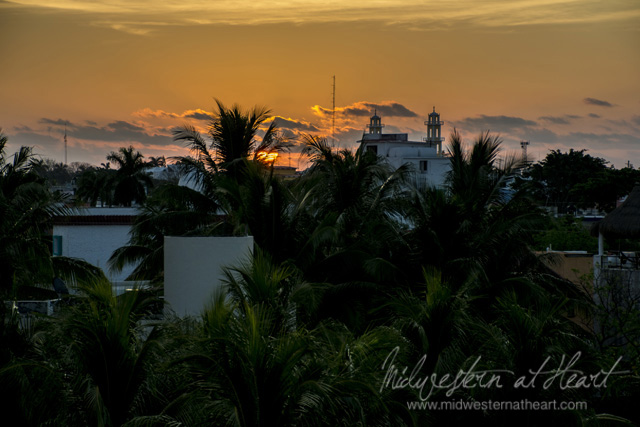 I then ventured back to our room, finished getting dressed, and then took off to take pictures of the hotel. Eventually I wound up at breakfast at 7am. Yes, 7am…. for breakfast. I then tried to FaceTime hubby since I had hotel wifi and could to tell him to get his butt down there… instead I wound up FaceTiming my dad back home. He was on his drive to work. Woops, but I took advantage of bragging… haha. Sorry dad!

Hubby finally got down to breakfast and then soon Jared and Karen did. We were discussing bags and weights (remember can only check 50lbs) so we went back to the room for us all to weigh our bags again. Then Karen and I didn’t want to stay around the room doing nothing, but the guys didn’t want to go walk around, so we left them. We went and wandered around the two stores that are similar to a Walmart or a Target or something.

It was interesting that their baked goods didn’t have to stay behind closed doors like back in the states, they were just out in the open. And these veggies, what are they? I wasn’t sure. I took a picture to come home and google, I just haven’t yet. 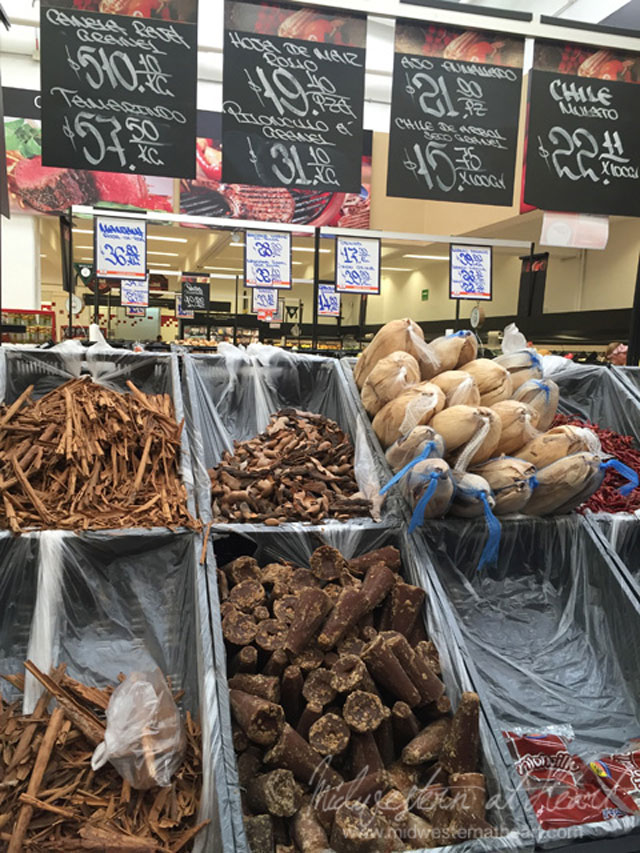 And these Coke glasses were cool. Almost reminded me of a glass Coke can. These aren’t like Coke glasses back home. I also found a Minnie Mouse bowl and wished I had bought it but was joking that our bags were so full that if I tried to bring one more thing home, I might get divorced. Then I jokingly said, “What was the cause of your divorce? I bough a bowl.” and we laughed. Now, that is a huge exaggeration, but our bags were packed to the max and I wasn’t sure how many USD the bowl was because I didn’t do the Pesos to USD conversion so we just left. 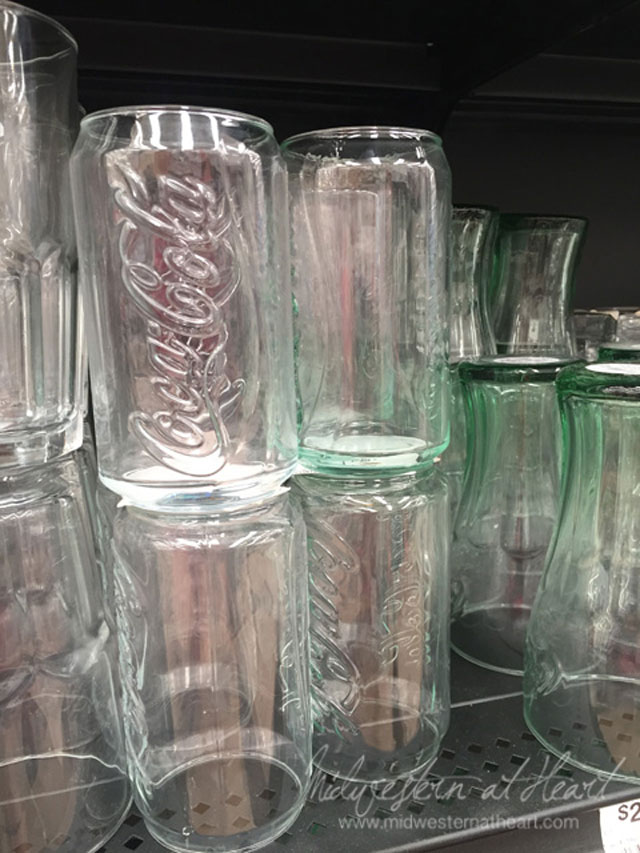 On our walk back we stopped and watched the Dolphins. There is this huge Dolphin Aquarium type thing with windows where you can look in. 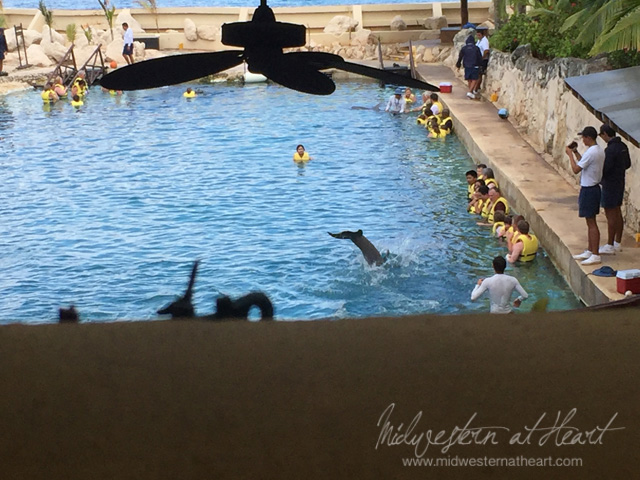 We came back to this sight and laughed. 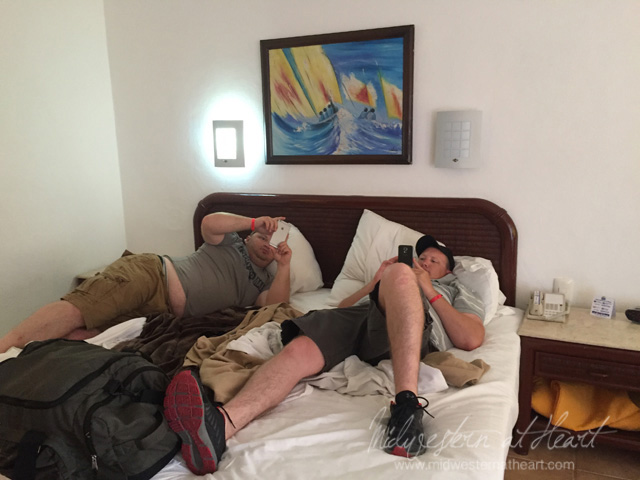 I then searched weather in Coz versus weather at home. Then I sent the 84˚ picture to my parents bragging again… only sad thing is that day we were going home. 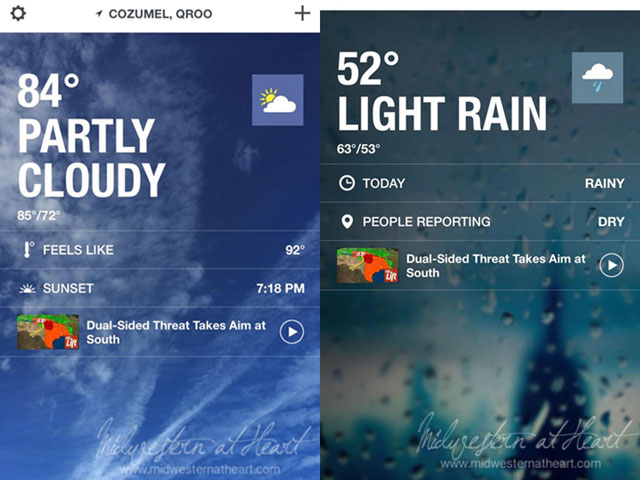 We had to check out of our rooms by noon, so we brought all our bags down and swapped off who watched our luggage while others ate. 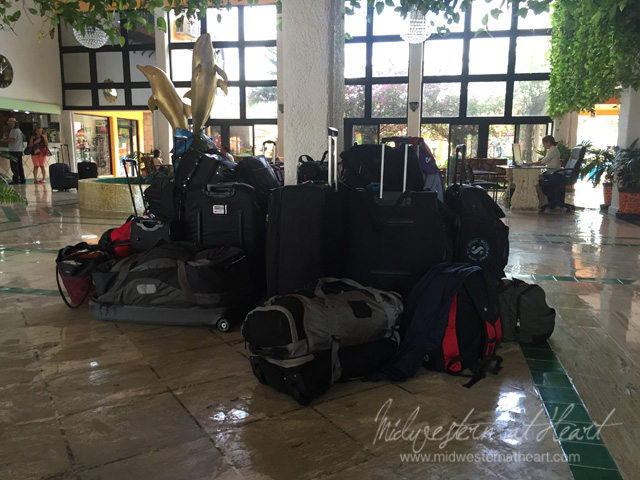 Then there’s Jared’s poor bag. They decided to see if it would make it home. Then back at home he had a ceremonious funeral for it. haha! j/k…. 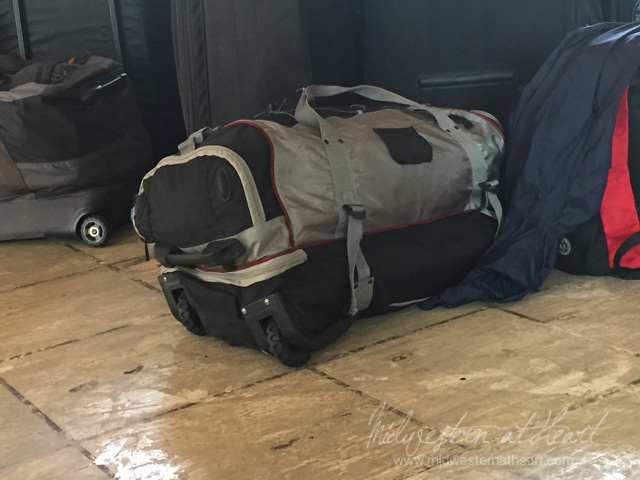 I hear this lady has been reading this same book for 14 years ;). 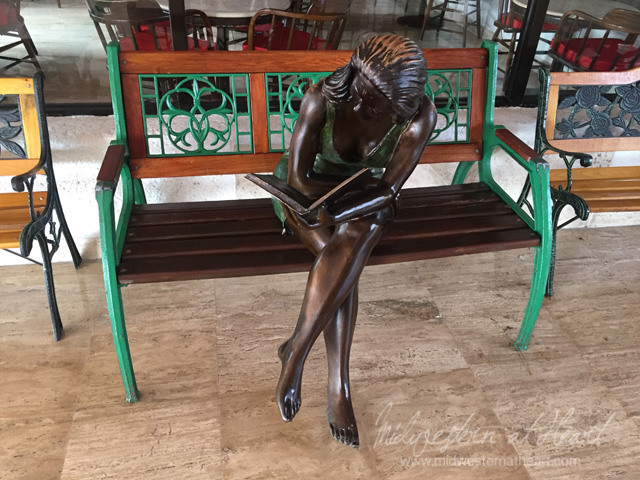 Monday that we were going to leave they started putting up a wooden wall around the massage area. We wondered if they were getting ready to do renovations, but at least I took pictures of the original so next year when Deb & Grady go, they can compare notes. 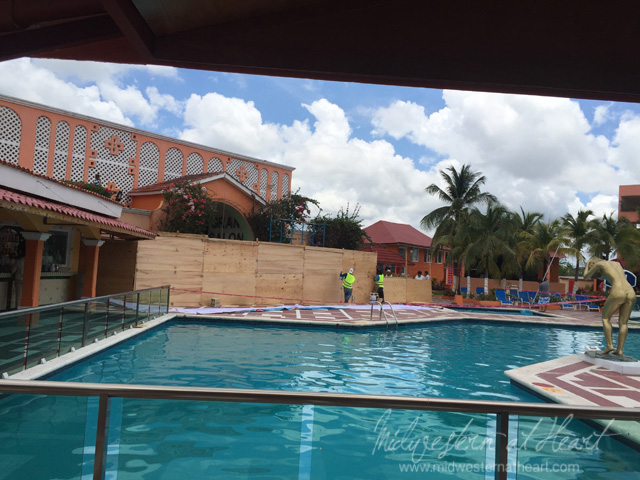 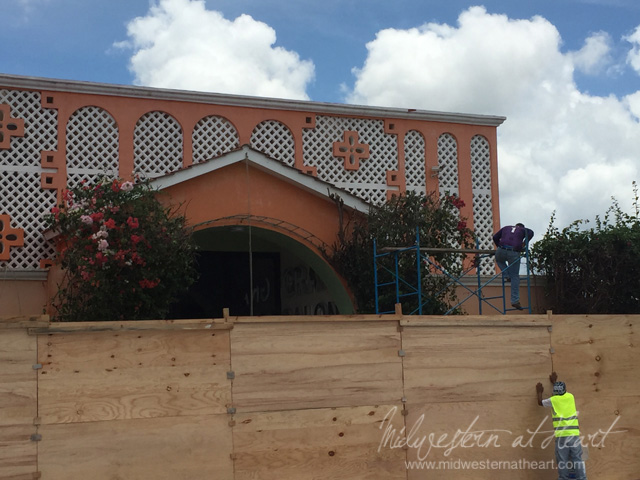 And this picture…. So supposedly you’re to kiss the gals butt on your first dive trip. I wasn’t about to kiss her butt so I put my hand down and kissed my hand. Hubby just caressed it. But yes, we at least did something to it like we were told to do. ha! 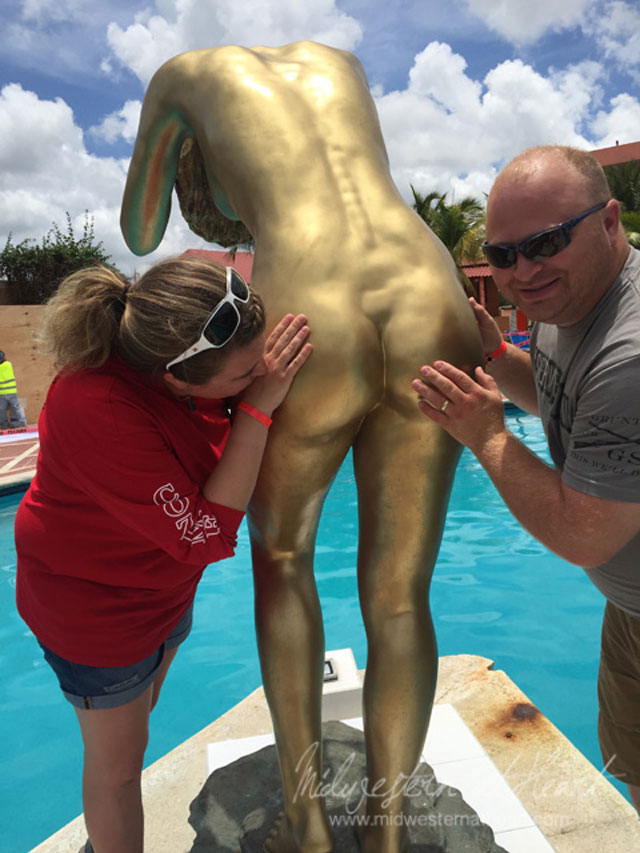 Then it was finally time to go to the airport. We went in 3 vehicles this time. 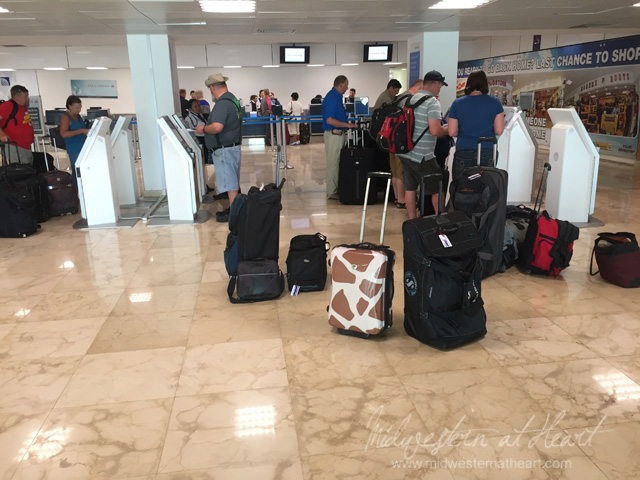 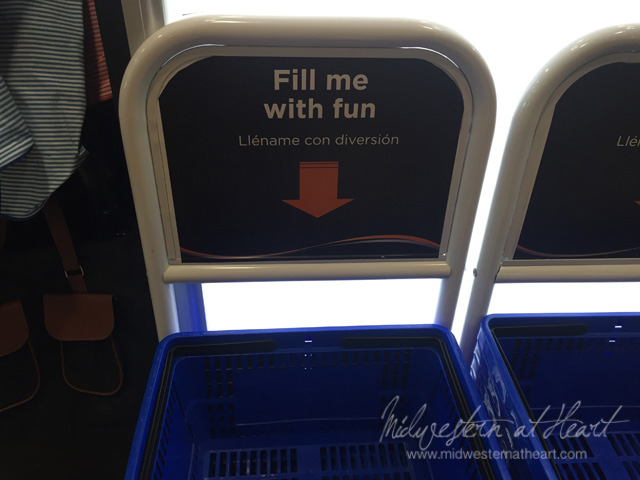 And what’s with the signs on the wall. The people are running… but it’s funny to me that the one sign has the guy running after the wheelchair….. Maybe they’re not running, but that’s so how I see those stick figures. 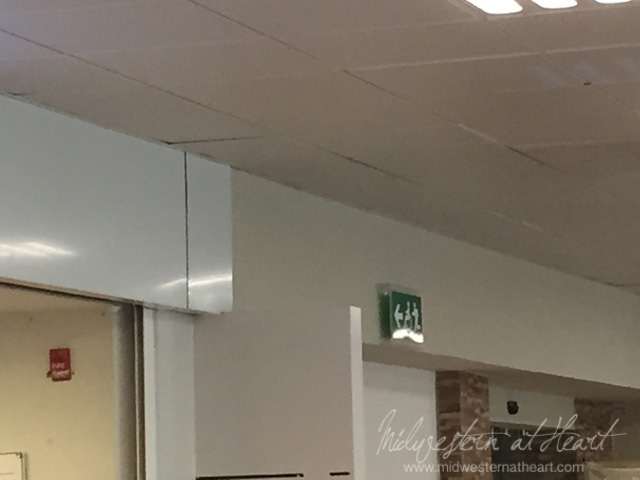 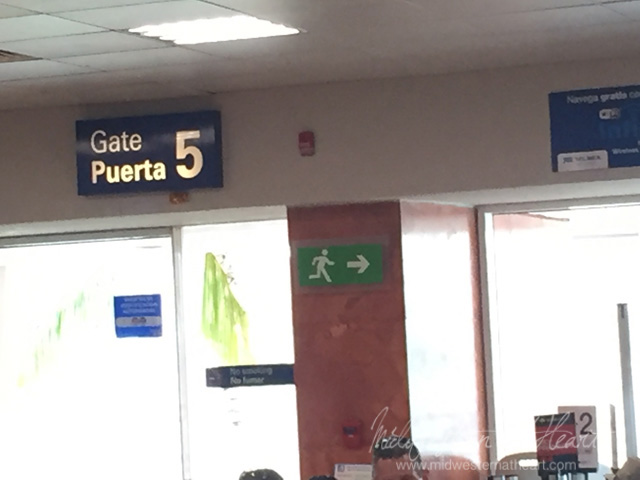 On the first flight home 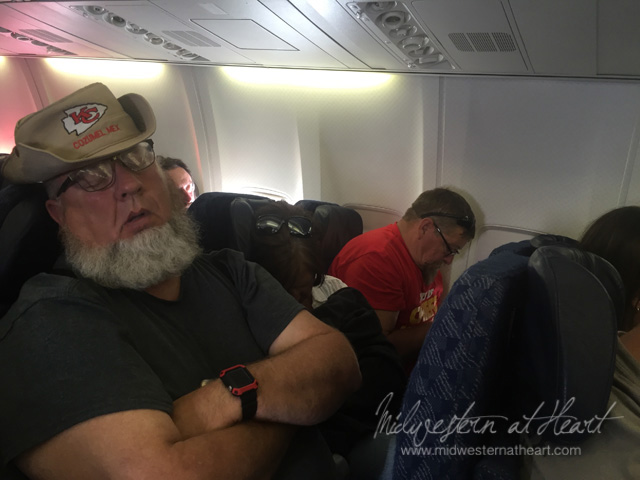 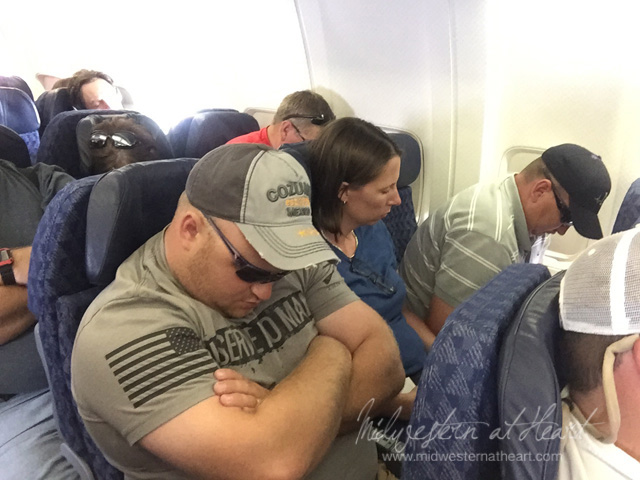 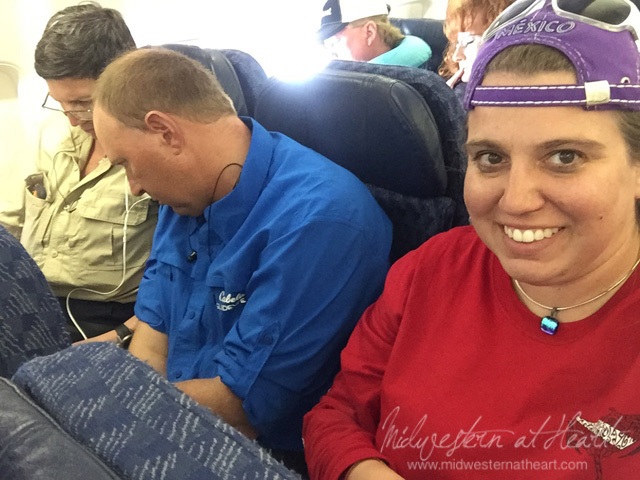 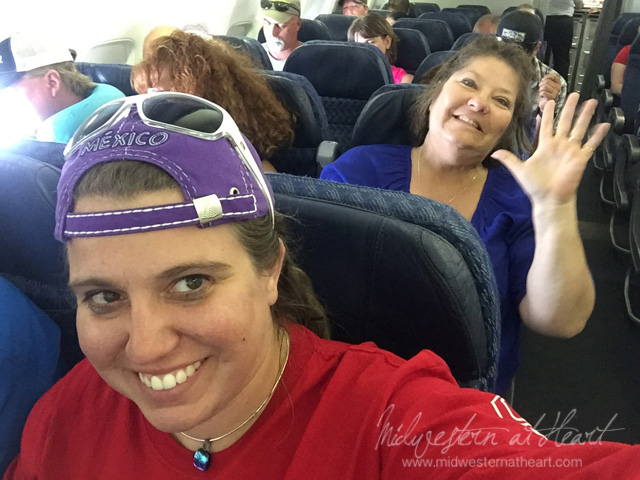 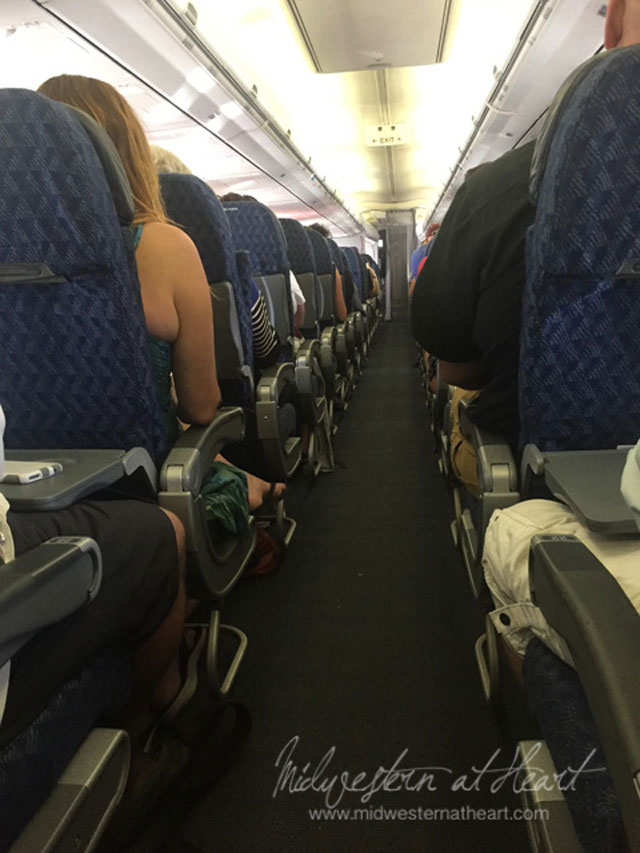 At DFW we had to go through customs, claim our bags, go back through security, and then head off to our terminal. Hubby and I have the TSA Pre-check, but there wasn’t a close one, not one he wanted to walk to anyway so we went through the regular line. Then we were sent off around the corner to another regular line because of the wait. Because we had the TSA Pre-check, I didn’t have to take my shoes off  or some of that stuff and we just went through the regular scanner versus the full body scanner. I set the alarm off. I walked out because I had sunglasses on my head, tried again, set the alarm off. I did that 2 more times and the guy said I had one more chance or else I’d have to be searched. I took my necklace off that I always wear and never take off and made it through without setting off the alarm. Okay, whatever 🙂

Then we headed off to our next terminal. Once there we ate dinner. At dinner everyone’s phone was dying so we plugged them in, but when we were done with dinner we switched them over to the portable charger hubby had. Jared carried it and like 4 or 5 phones so we called him the mobile phone charging station. 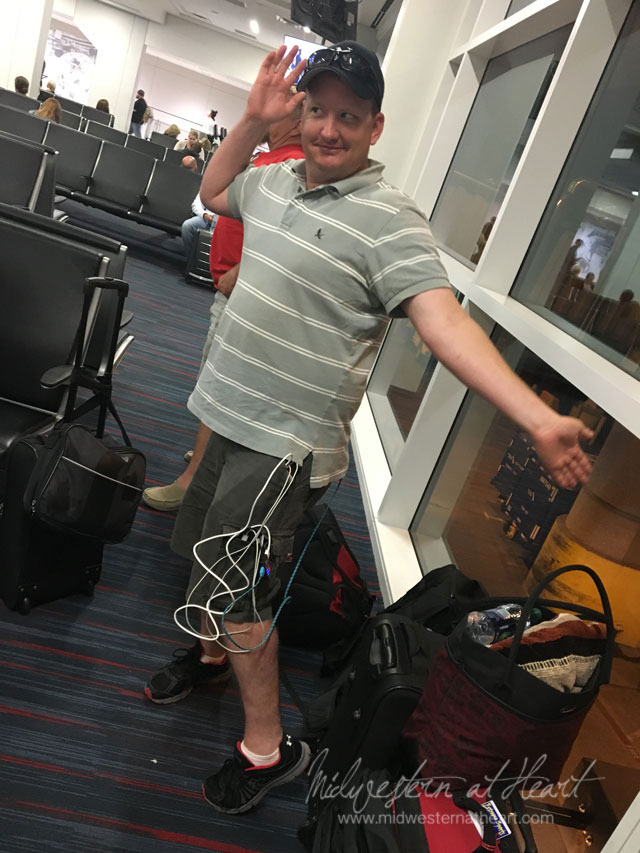 Once we got into Tulsa, the guys ran to get the bus while the rest of us grabbed our bags off of the conveyor belt. Then we loaded the bus and headed for home. We got in around 11pm and had a 2 hour drive home. Everyone had to go to work the next day except Jared and me so Jared drove and I stayed up and probably annoyed him by talking his leg off. I just figured I was awake so I’d keep him company. Grady was awake and talked with us also. Everyone else tried to sleep but not sure they really got much snoozing in.

After we got to Jared/Karen/Deb/Grady’s, then we loaded our truck and took off for home. I think it was like 3am before we were home and asleep and hubby had to get up for work in just a few hours. I’m pretty sure he was tired that next day.