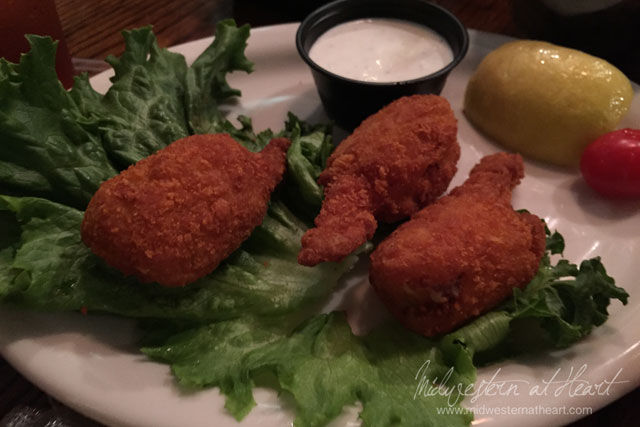 Abug was enjoying the rolls, plus some of my Chicken Fried Steak. Her favorite was the potatoes. 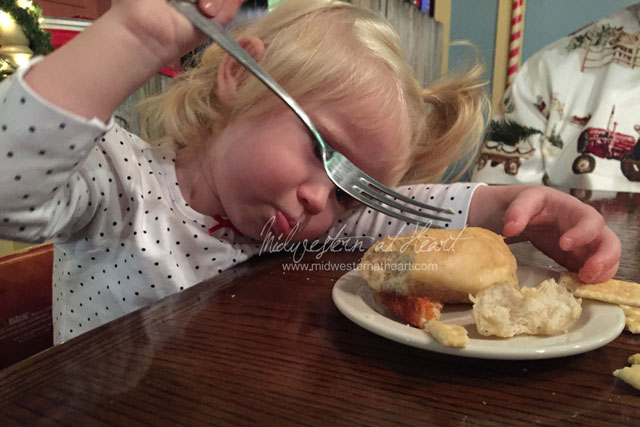 So dad and I went with the Chicken Fried Steak. I had Garlic Mashed potatoes and dad went with fries. Holy cow were those potatoes awesome. The chicken fried steak was good too but those mashed potatoes! OMG.

Tbug and hubby went with the Calf Fries Dinner. Hubby had the Garlic Mashed potatoes and Tbug had a loaded baked potato. Tbug was satisfied. Abug tried a calf fry and liked it. 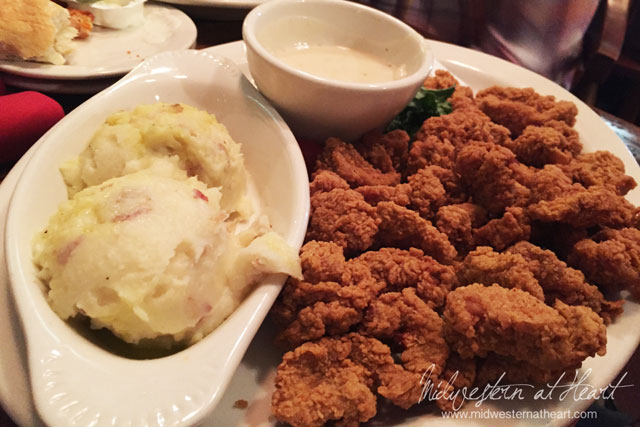 Not pictured, mom got half a rack of ribs and a loaded baked potato.

And that was lunch. Tbug was so excited she got to eat Calf Fries for her meal she could hardly say 2 words while she was eating.