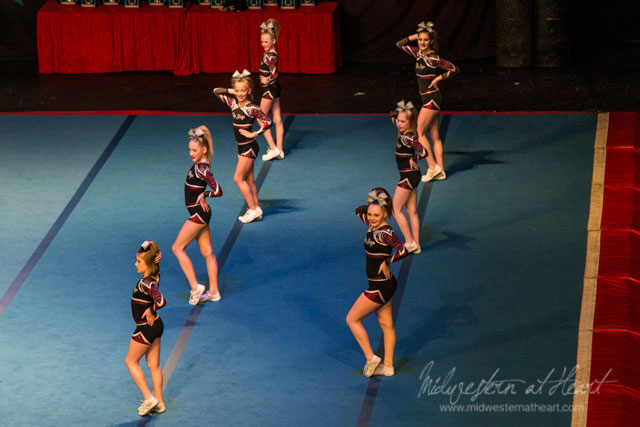 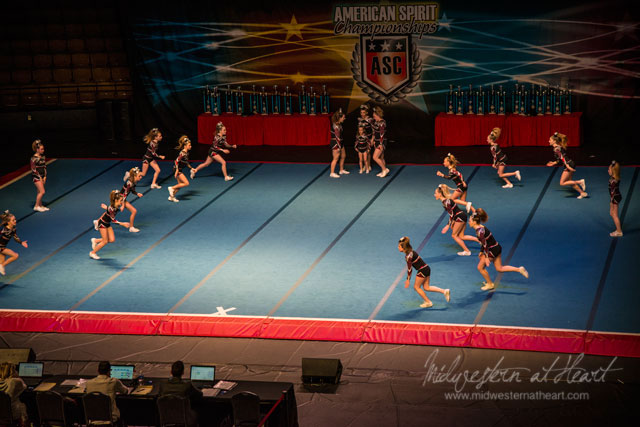 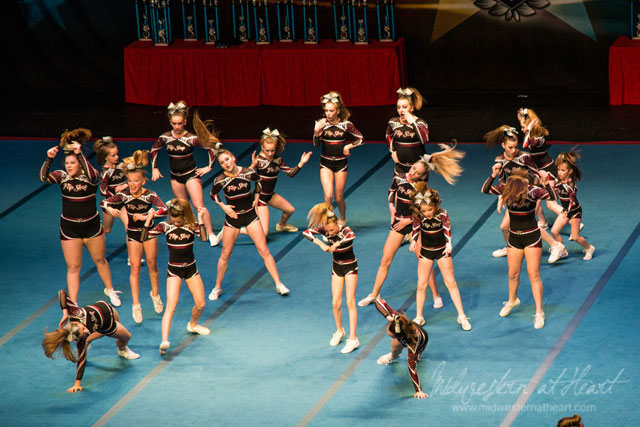 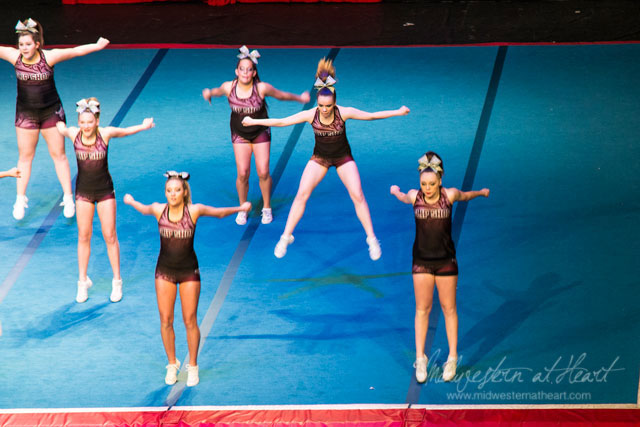 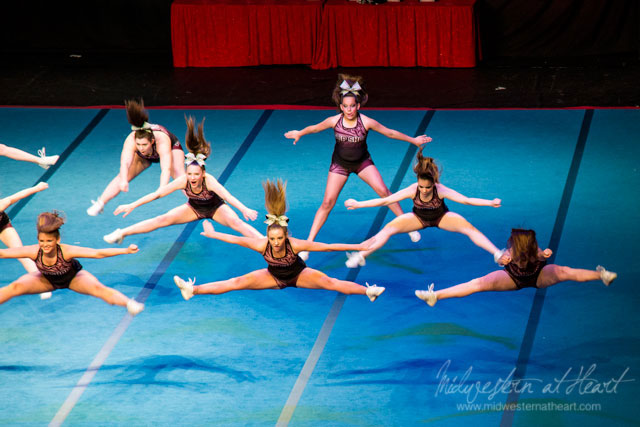 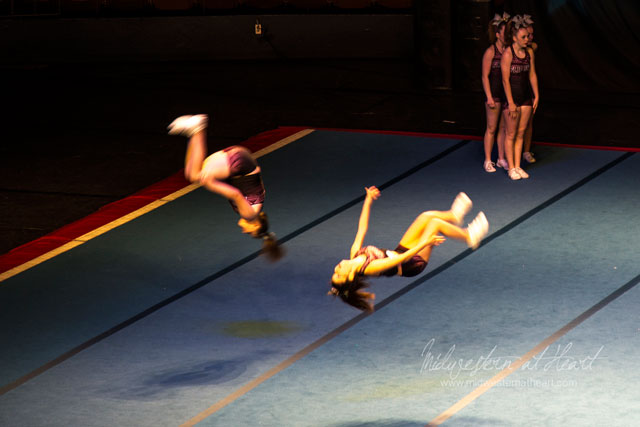 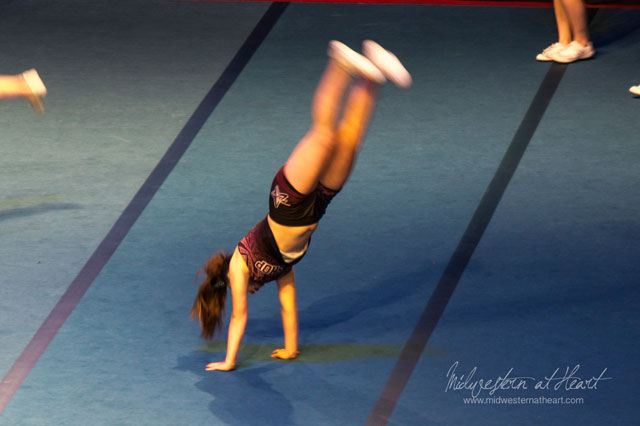 Tbug has been busy this spring with cheer that we didn’t see her the whole month of January. This was their last cheer competition other than one last one which takes them out of state… of course most of them take them out of state so what am I talking about? I don’t really know. I don’t know much about the job of competitive cheerleading. I wish I did but I just don’t. Maybe I should have learned, but I guess this is her last year (I’ve heard that before so I’m not sure but she’s now signed up to play softball which is something new…..). (I never was coordinated enough to be a cheerleader. I did Ballet for a few years, my parents always asked how I could walk in toe shoes but not on flat feet….)

This competition was held at the Mabee Center on the Oral Roberts University campus in Tulsa. That’s actually where my cousin went to college so I can now say I’ve been to her university. The place was nice, but they charged $10/person to get in. Anyway… whatever :). It’s funny to me that the ones that charge, you don’t get nearly as close to the stage to see the girls… Again, what do I know…

She’s on 2 teams, an level 2 Juniors (I think) and the Senior team. One team placed 2nd and the other placed 3rd. When we left hubby said Tbug said that the places were announced incorrectly but the officials wouldn’t change it. Supposedly they were supposed to be 1st and 2nd. I don’t really know because I didn’t even hear that conversation.

And really, I’m not a sports photographer… apparently I need a little more experience in that area. But I have pictures and isn’t that really what matters?

And shame on me. I pick on Tbug (she knows I’m trying to be funny). Every so often I break out into a cheer that my friend taught me back in junior high…..

or then there’s the ever popular

That’s okay, she’s gotten into saying it with me when I go off and it is the most random of times when it starts :).