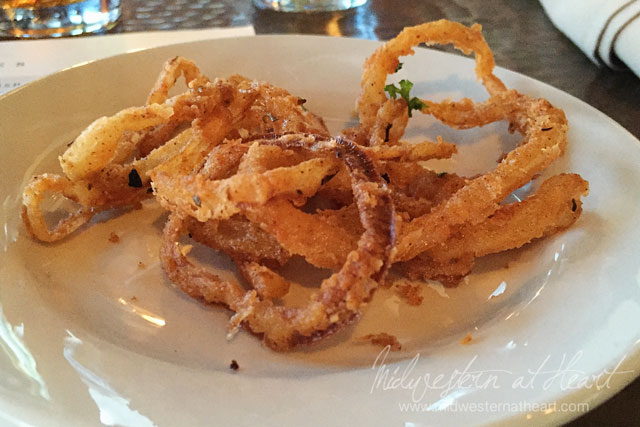 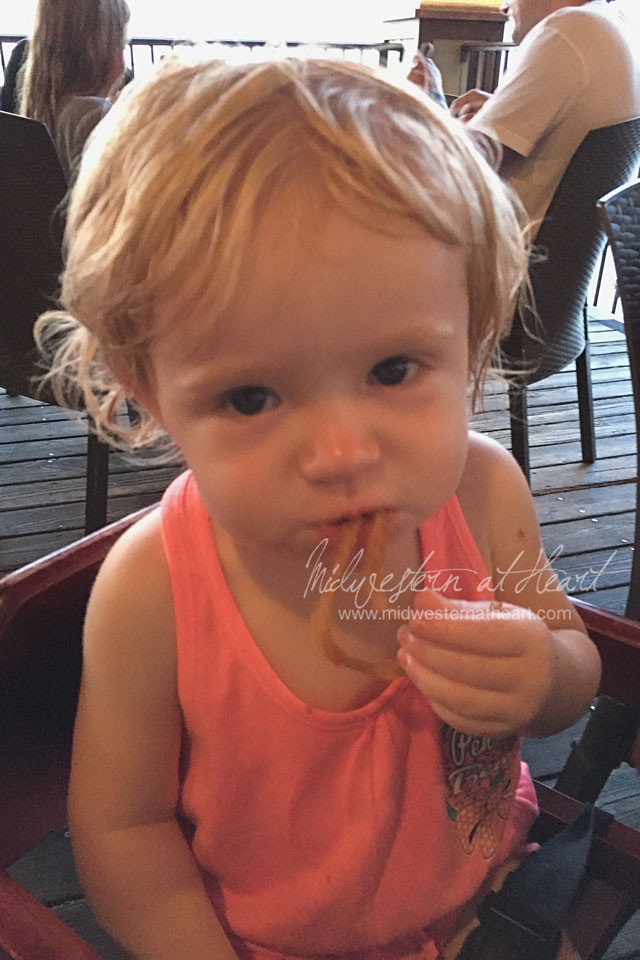 This is where I swore I went to the dark side. As I studied the menu I could have gone with the safe route of chicken or beef but the night before at Crabs I tried my dad’s Red Snapper and hubby’s Grouper and thought both were tasty. As I studied the menu I saw the ask your server about our fish portion of the menu. The server mentioned that grouper was an option. Then you decided blackened or jerk spiced. Dad and hubby said to go blackened. What really sold me was this option…

That option just sounded really good so after talking to dad and hubby about what type of fish to get and how to get it cooked, I went for it. And might I say… YUM! I ate all but the two bites I shared, one with hubby, one with dad. I made them try what they helped me select. 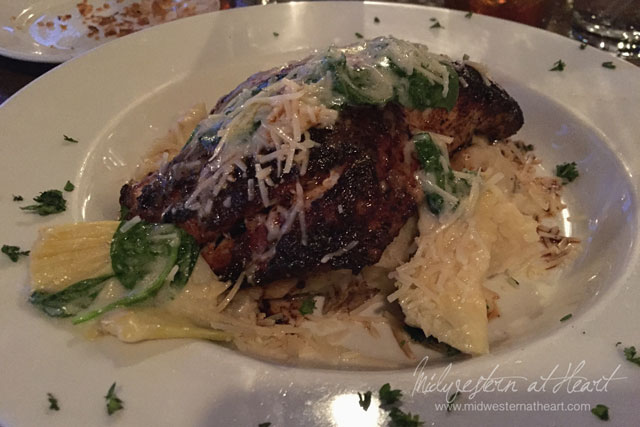 Hubby and dad went with the special. It was called Red Snapper Olé. It wasn’t on the menu, it was a special. It was Red snapper, shrimp, andouille sausage over rice with a garlic butter cream sauce. In the words of hubby this meal was freakin amazing. Top 5 best things he’s ever eaten in his life. And we’ve had some pretty darn good food. 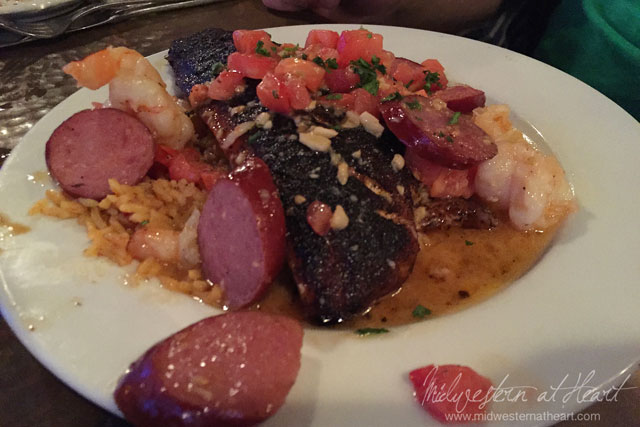 Tbug & Memaw went with the Tri-colored cheese tortellini and Shrimp. Cheese stuffed tortellini tossed in alfredo sauce and placed atop marinara sauce with 5 grilled shrimp. She was all excited when they gave her 6 shrimp. She enjoyed this so much that she ate every last bite, well except for the bread. She’s crazy, she doesn’t always eat garlic bread. 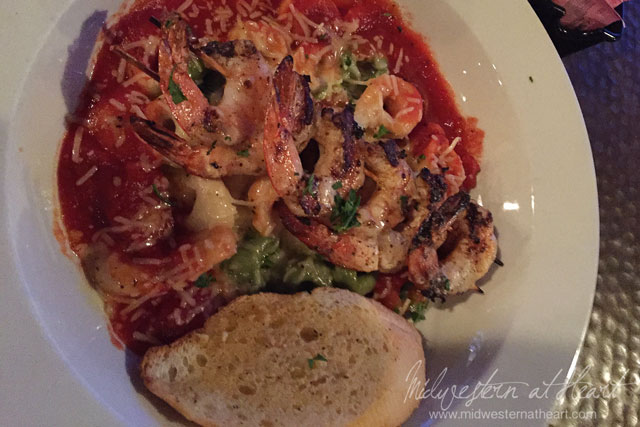 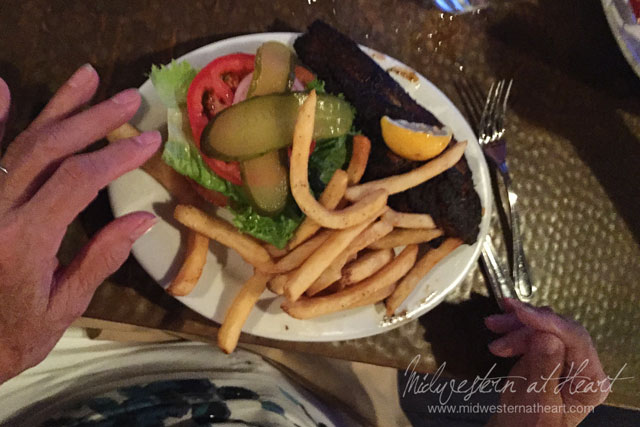 Mom did the Fish selection as well but went with Red Snapper. She substituted short story squash for her side. 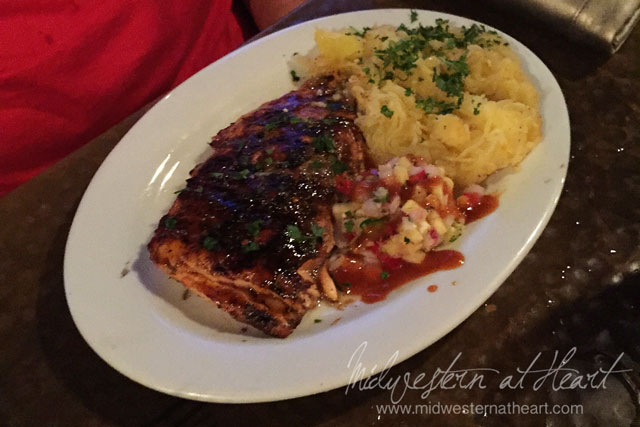