Last time I checked I lived in Southwest Missouri.  Are we south… some may say yes.  Are we north?  Well some may say yes.  I think we’re more south though than north.  We get hot summers and generally mild winters, yet we still get snow.  But snow in May?  Unheard of!

Earlier this week I was checking the weather and this was the forecast.  We’ve been having some crazy weather, but I think this might take tops…. 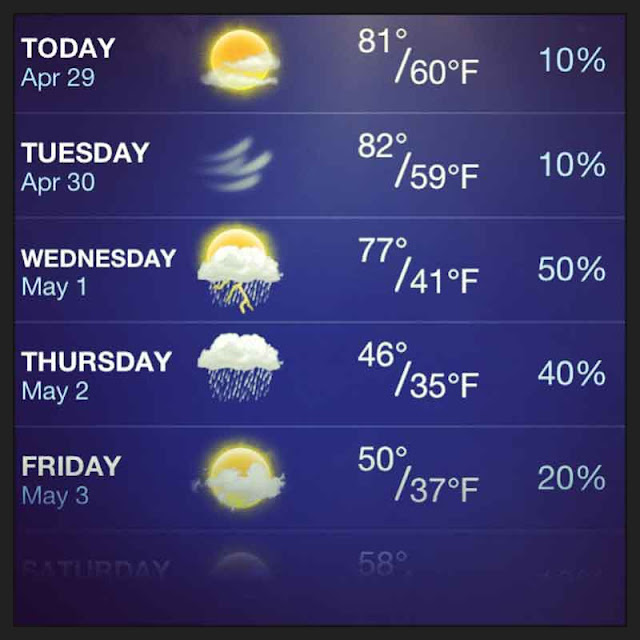 Two days later I checked the weather and this is what I saw. 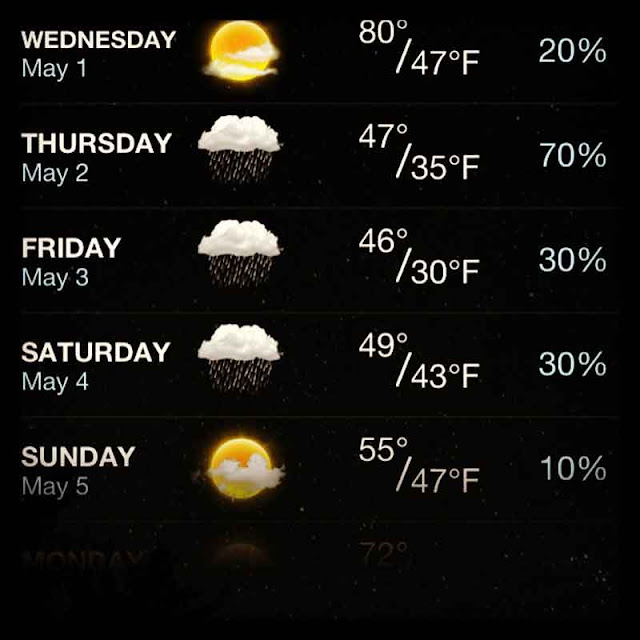 Which really cracked me up since I got a sunburn on Wednesday while mowing the lawn. 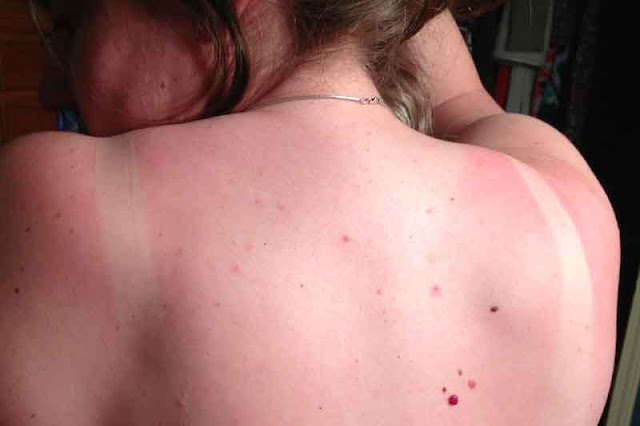 Thursday I was doing something and heard my phone chirp at me.  This is what it was telling me… 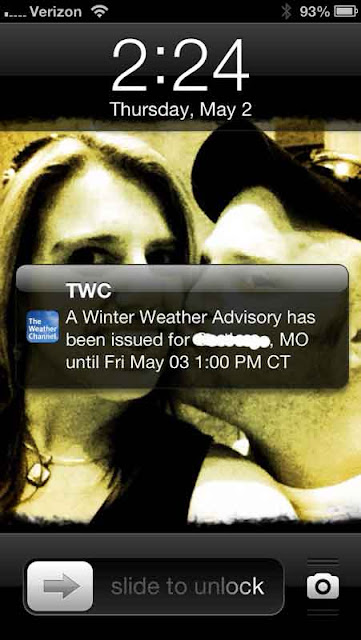 A winter weather advisory… really?  This was just before Kellie told me that they got 15.5 inches of snow.  I kind of giggled.  And then I heard we were supposed to get snow.  Really?  It’s May last time I heard… 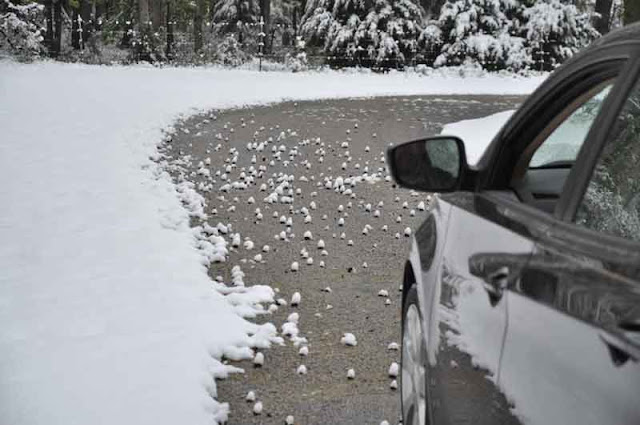 When hubby was letting the dogs out Rio looked at him like Really Daddy?  But when I went out with them they sure seemed to be enjoying the snow/cold weather… 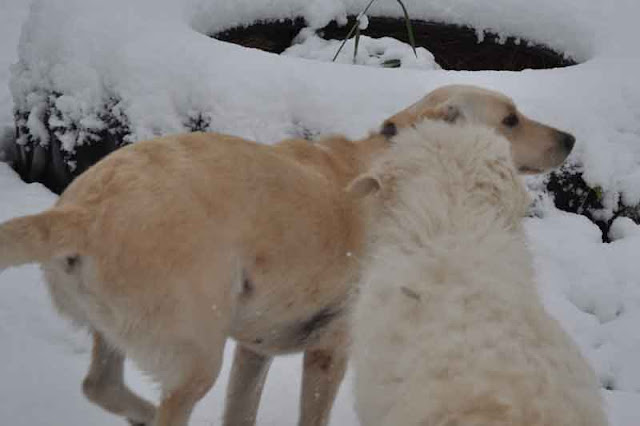 And sadly I don’t think our Cherry Tree is going to give us any cherries which is sad… No cherry pies 🙁 Last year by this time we had an entire tree full of cherries and sadly very little time to actually pick them.  This year I have more time to pick them and I”m afraid they won’t come. 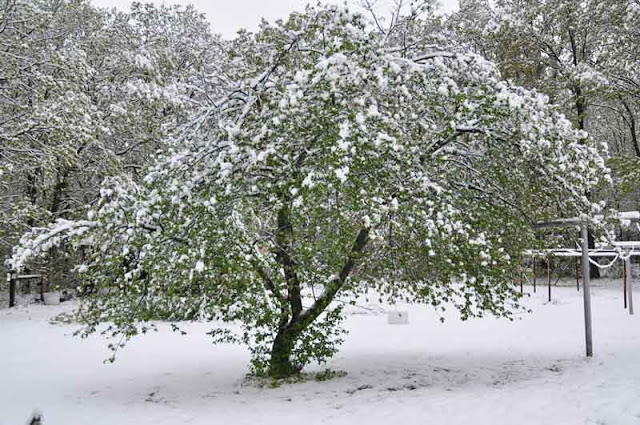 Today also happens to be my aunts birthday.  Yes, I said Aunts in the plural because they are twins.  So I sent AJ a message first because I came to a text from her last, first… follow that?… yeah me either. ha!  Anyway the last message I had sent her said Happy Easter (prior to today’s obviously).  Then I found AA’s text message and shot her a message as well and accidentally said Happy Easter since that is what I’d just read.  Woops.

Then I ran out to my parents’ house which was a good thing.  Yesterday a heifer (female cow who has never calved) had a calf and she and another cow and calf were locked up near the barn.  I was standing in my parents kitchen and looked out the window only to see 2 cows and a calf walk by.  Um… that’s not right so I put my boots on and went out to investigate.  When I didn’t find them I walked around the other side of the house and they were up by the front of the house just munchin on some grass.  So Mudflap and Tulsa helped me put them back into the pasture. 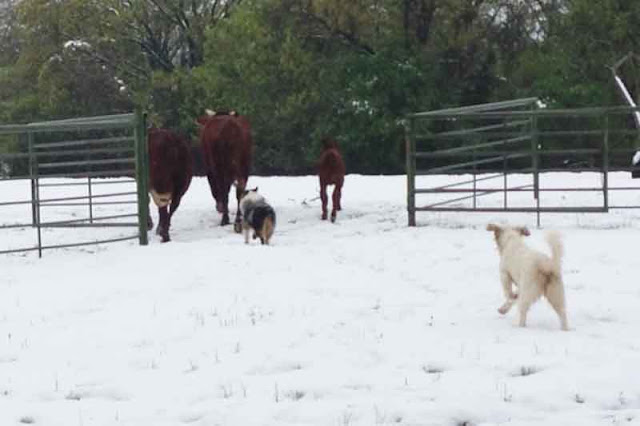 Then I called my dad to see what the deal was with them and where they came from.  We didn’t have electricity earlier that morning when we woke up so I was just making sure that there wasn’t a tree limb on the fence hopefully.  Turns out they were the ones up by the barn so I went out to see if one of the babies was still there.  Sure enough, I found him in the shed, so I think we may have a bottle calf on our hands… I’m not sure yet. 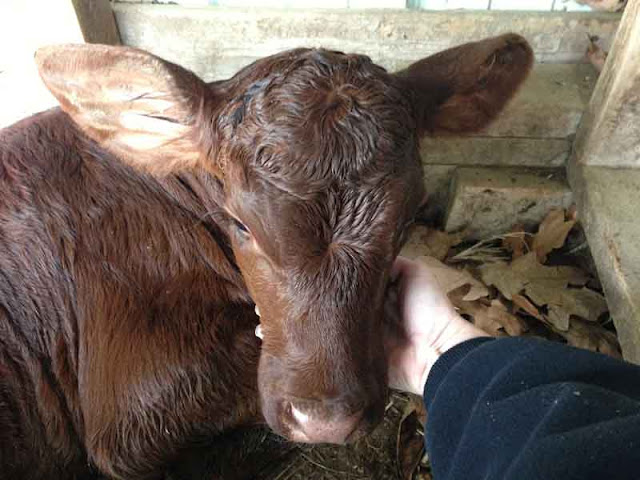 I stuck my finger in his mouth to make sure his mouth wasn’t cold.  If it had been cold I’d have had to get him into heat immediately but his mouth was hot so that was a good sign!  I’ll keep you posted on this cutie!

So anyway I came back home and what do you know, I got another message alert about a Winter Weather Advisory.  Really?  It’s May!  And tomorrow is the city wide garage sale…. oy! 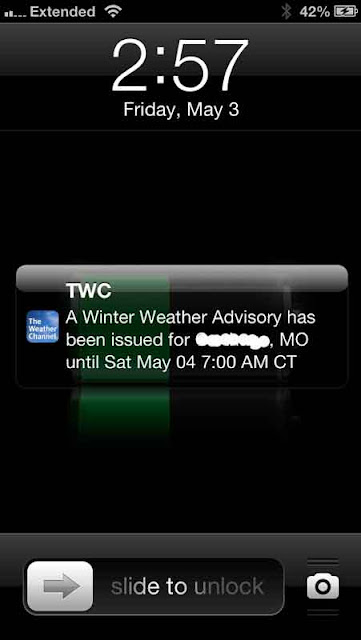