So a while back I was reading Life with the Edwards and Rebekah talked about making PW’s Spicy Dr. Pepper Shredded Pork.  I remembered seeing that on PW’s site and thinking boy that sounds good but brushed it off.  Then when Rebekah said that she made hers in a slow cooker, I though, “now there’s an idea!”  Put it in in the morning and when I’d get home from class, you know a late night, dinner would be ready.  Clever!  So I took her Que and made it for us too.

Dr. Pepper Pot Roast adapted from Pioneer Woman with help from Life with the Edwards

Get out the Crockpot.  Peel the onion and cut it into wedges. Lay them in the bottom of the pot.  Generously salt and pepper the pork roast, then set it on top of the onions in the pan. 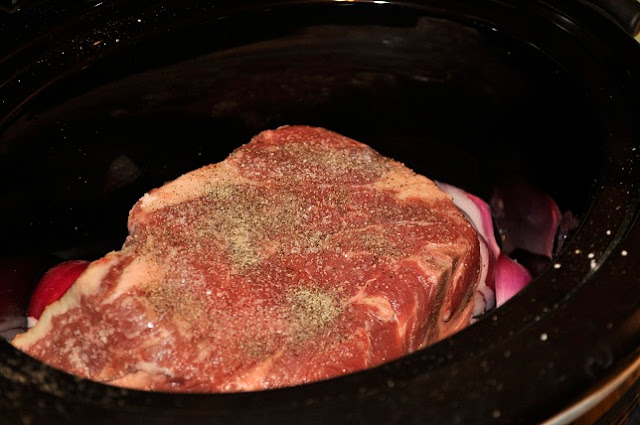 Pour the can of chipotle peppers over the pork (include the sauce.) Pour in both cans of Dr Pepper. Add brown sugar to the juice and stir in.

Place lid tightly on pot, and let it cook low and slow all day. Check meat after six hours or in my case 10 hours; it should be absolutely falling apart (use two forks to test.) If it’s not falling apart, return to the crockpot and bump up the heat for another 30 minutes to 1 hour. 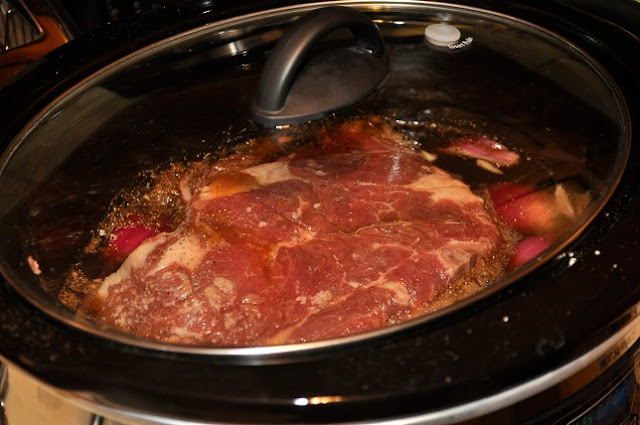 Remove meat from pot and place on a cutting board or other work surface. Use two forks to shred meat, discarding large pieces of fat.

Strain as much of the fat off the top of the cooking liquid as you can and discard it.  At this point we removed some of the liquid and placed it into a pan with some corn starch to thicken it up and make a gravy. 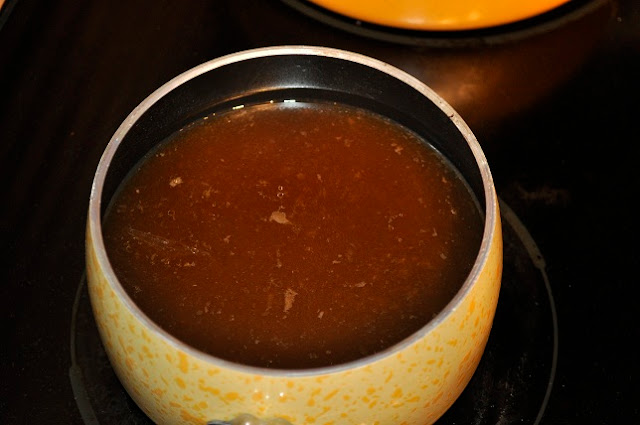 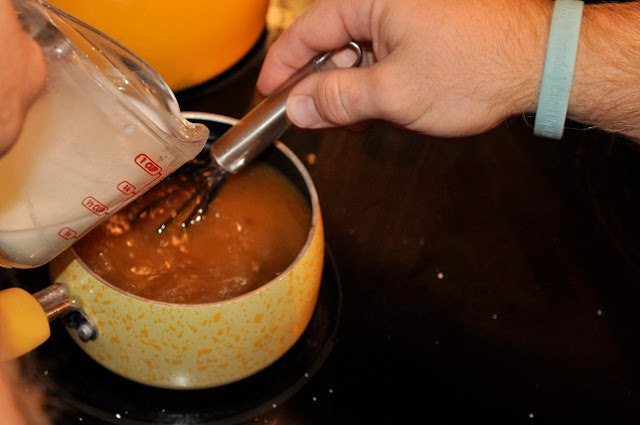 While you are cooking the gravy and letting it thicken, place some egg noodles in a pot of boiling water and cook as package directions.  Once you have drained, dish some on your plate. 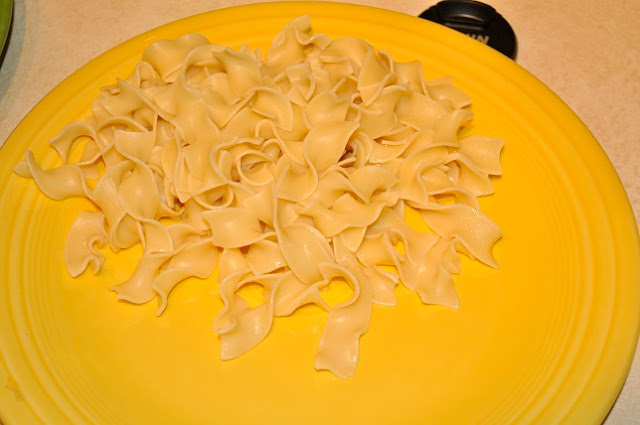 Top the noodles with gravy and meat and enjoy! 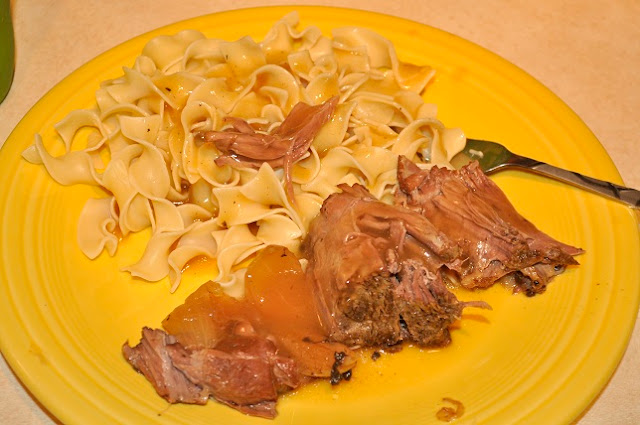